My Dream Is Yours

Warner Archive continues its recent salute to Doris Day with another stellar Blu-ray release. My Dream Is Yours spotlights the young singing star as it chronicles the efforts of a young singer to become a star. Jack Carson plays her hard-working manager, Lee Bowman is the cocky Sinatra clone who bewitches her, and Eve Arden supplies plenty of wisecracks in this captivating musical that's peppered with tidbits from Day's pre-Hollywood life. A newly remastered print yields a stunning Technicolor transfer, excellent audio maximizes the impact of Day's honey-toned vocals, and a few vintage extras enhance the disc. Recommended.

Full disclosure...lately I've become a little bit obsessed with Doris Day. Over the past few months, Warner Archive has released several of the star's pre-Pillow Talk films on Blu-ray and each and every one has wowed me. Romance on the High Seas, Young Man with a Horn, On Moonlight Bay, The Pajama Game, and now My Dream Is Yours all showcase Day's sunny personality and myriad talents before Pillow Talk forever entrapped her in fluffy rom-com roles. These finely crafted, utterly enjoyable movies remind us what a spark plug and breath of fresh air Day once was and why audiences adored her long before she ever teamed up with Rock Hudson.

A tuneful, comedic follow-up to her smashing debut in Romance on the High Seas, My Dream Is Yours puts Day in the driver's seat and incorporates elements of her own life and showbiz discovery into the story. Most people, including myself, have always assumed Day's wholesome, virginal, naive persona in her early films reflected her off-screen character as well, but the truth is Day was already a twice-divorced worldly woman and mother of a young child by the time she arrived in Hollywood in 1948 at the age of 26. My Dream Is Yours provides Day within an adorable little son (Duncan Richardson) who figures prominently in the plot, but casts her as a war widow to avoid any issues with the censors and keep the squeaky clean image of "the screen's new golden-voiced darling" intact. 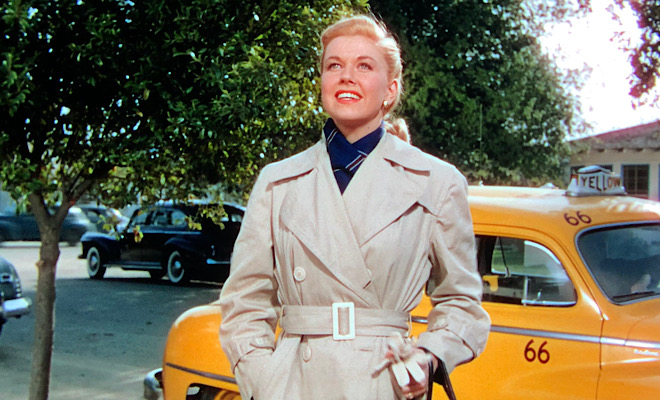 And it's those silky pipes - along with warmth beyond measure and a bubbly effervescence - that make talent agent Doug Blake (Jack Carson) believe aspiring singer Martha Gibson (Day) just might be radio's next big star. After crooner Gary Mitchell (Lee Bowman), Doug's egotistical and ungrateful top client, secretly inks a new deal and ditches both Doug and the Hour of Enchantment radio show that made him a household name, the betrayed and pissed off agent frantically flies from L.A. to New York City to find Gary's replacement before the program's temperamental sponsor, Felix Hofer (S.Z. Sakall), learns the news.

Doug plucks Martha from obscurity, escorts her to California, and convinces his spitfire colleague Vivian Martin (Eve Arden) to let Martha - and later her son Freddie - move in with her. Sadly, Martha's peppy singing style doesn't interest Felix, so the dogged Doug tries to book her elsewhere to gain Martha some much-needed name recognition. His tireless efforts yield little fruit, but while he's working his tail off, Martha meets and becomes smitten with the womanizing Gary. Doug, of course, has fallen for Martha - and bonded with Freddie, too - but she only has eyes for Gary, whose penchant for booze and belligerent attitude begin to tarnish his lofty reputation. Still, Doug believes Martha is destined for stardom...if he can just get someone to notice her.

A quasi-remake of Twenty Million Sweethearts, a 1934 Dick Powell-Ginger Rogers musical in which Powell played the up-and-coming singer, My Dream Is Yours also laces its narrative with some A Star Is Born overtones. The largely featherweight tale rolls amiably along, but the behind-the-scenes look at the frantic world of big-time radio and a few scenes set in such Hollywood landmarks as the Brown Derby restaurant, Schwab's Pharmacy, and the Cocoanut Grove nightclub lend the film an authentic feel. Though My Dream Is Yours lacks any production numbers (Warner Bros musicals are typically more down-to-earth than their splashy MGM counterparts), the array of Harry Warren songs are tastefully presented and impeccably performed by Day...especially the lilting title ballad that's continually playing in my head as I write this. 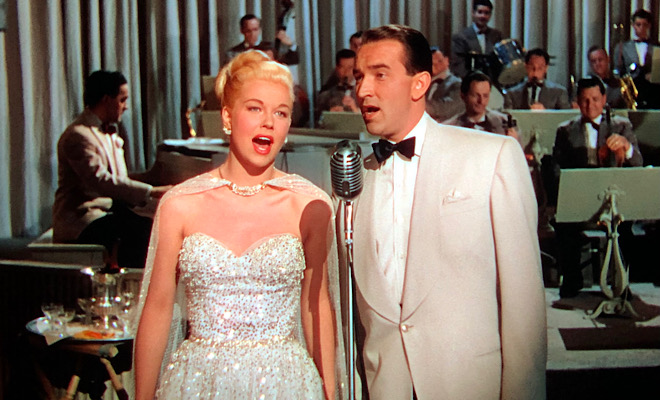 Director Michael Curtiz didn't exactly discover Day (she was an established band singer and radio performer before becoming a movie star), but he often took the credit because he cast her in her first screen role and helmed four of her early films. Though Curtiz only dabbled in musicals throughout his lengthy career, his distinct knack for the genre yielded two of the most beloved song-and-dance films in Hollywood history - Yankee Doodle Dandy and White Christmas. My Dream Is Yours most certainly ranks as one of his lesser efforts, but remains a delightful diversion that shows off Day to her best advantage and contains an innovative sequence that blends live-action with animation.

After Gene Kelly danced with Jerry the Mouse in MGM's Anchors Aweigh, Warner Bros decided to experiment with the gimmick, too. The sequence in My Dream Is Yours pairs Day and Carson with Bugs Bunny in an elaborate Easter dream sequence that allows the two stars - dressed as dapper rabbits - to sing, dance, and clown with the legendary Looney Tunes character. (Tweety Bird makes a cameo appearance as well.) "Friz" Freleng, whose name appears on scads of WB cartoons, directs the captivating scene that seamlessly merges the human and animated worlds. Though it's hardly essential to the plot and doesn't mesh with the rest of the movie, it's nonetheless a technical marvel and bona fide hoot. The clip below provides a taste of this classic sequence:

Day reunites with Carson after their successful pairing in Romance on the High Seas, and their palpable chemistry makes her character's attraction to the bland Bowman difficult to believe. Day is typically beguiling in both her musical and dramatic scenes, but Carson really impresses as the loyal, long-suffering Doug. While I'm quite familiar with Carson's dark side in films like Mildred Pierce, the 1954 version of A Star Is Born, and Cat on a Hot Tin Roof, his tenderness here was a revelation. Watching a big lug like Carson wear his heart on his sleeve and endure repeated rejection by a woman who pines after a no-good cad tugs the heartstrings and lends My Dream Is Yours essential emotional resonance. 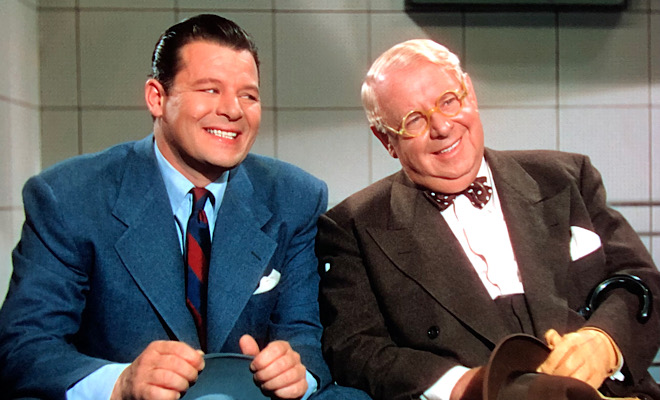 Arden is wonderfully arch as the alternately nonplussed and outraged Vivian (her impeccable comic timing and biting cynicism enliven every film in which she appears), and such stalwarts as Adolphe Menjou, S.Z. "Cuddles" Sakall, Franklin Pangborn, Edgar Kennedy (in his final film role), and Sheldon Leonard all provide top-notch support that helps elevate the pedestrian and predictable script. Classic TV sitcom fans also will spot an early performance by the inimitable Sandra Gould, who's best known for portraying busybody neighbor Gladys Kravitz in the long-running series Bewitched.

My Dream Is Yours may not stand as one of Hollywood's most memorable musicals, but it strikes all the right notes. This Technicolor confection proves Day's meteoric rise to movie stardom was no fluke and, along with Warner Archive's other recent Day releases, reminds us just what a magnetic screen presence this versatile, vivacious, and very talented singer-actress was and continues to be. Toss in a couple of these delightful discs and you might become a little obsessed with Day, too. 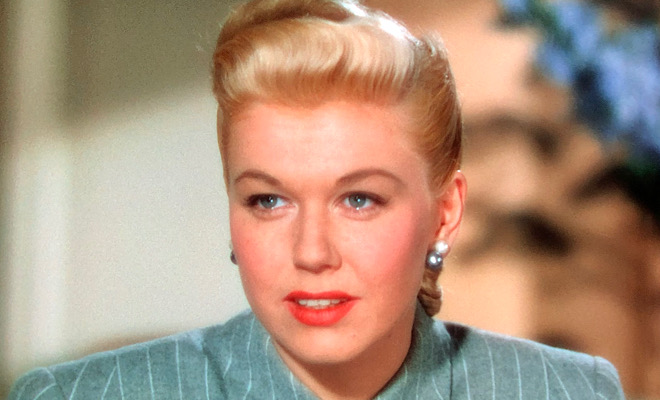 My Dream Is Yours arrives on Blu-ray packaged in a standard case. Video codec is 1080p/AVC MPEG-4 and audio is DTS-HD Master Audio 2.0 mono. Once the disc is inserted into the player, the static menu without music immediately pops up; no previews or promos precede it.

In these uncertain times, it's nice to have something to count on, and one of those things is the consistent quality of Warner Archive classic film transfers. Produced with the utmost care from the finest surviving elements, these meticulously restored renderings make decades-old movies look brand new. My Dream Is Yours is simply the latest entry in what I hope will be a never-ending string of top-flight Warner Archive transfers. A new HD master yields another stunning 1080p/AVC MPEG-4 Technicolor picture filled with vibrancy, crystal clarity, and marvelous depth. Vivid, beautifully saturated hues lend the image a velvet lushness that keeps the eye continuously engaged. Yellow taxi cabs, Eve Arden's auburn hair (which gives Lucille Ball's signature locks a run for their money), bright red lipstick and nail polish, bold green costumes, luscious bronze satin, and frothy pastel dresses all combine to create a kaleidoscope of color that never looks artificial. 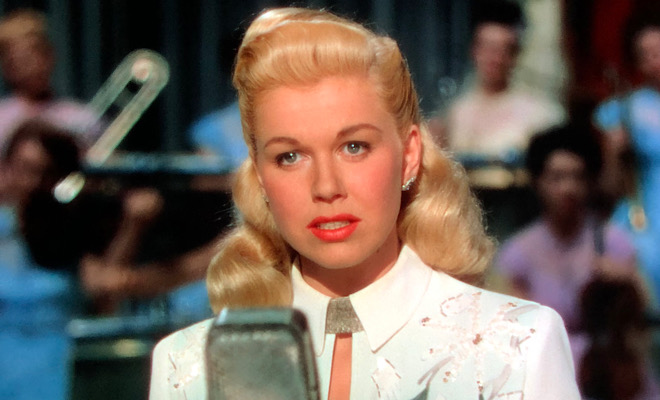 Many transfers boast deep blacks, but these are as dark as a bottomless abyss and provide an arresting contrast to all the color. The bright whites remain well-defined throughout and flesh tones appear surprisingly natural. Fine details are so crisp you can see the weave in the wispy pinstripes of Carson's blue suit and count the individual sequins dotting Day's sparkling silver gown. Breathtaking close-ups showcase Day's fresh-faced beauty and allow us to more fully feel Carson's warmth, exasperation, and hurt. Light grain preserves the feel of celluloid, and though a few scenes look a tad softer and grainier than others, the differences never could be considered jarring. Crush is absent, no digital anomalies intrude, and not a single nick, mark, or scratch mar the pristine print.

My Dream Is Yours gets a dream transfer that will thrill any aficionado of Day, Technicolor, and Golden Age Hollywood musicals.

The number one job of the DTS-HD Master Audio 2.0 mono track is to show off Day's mellifluous pipes to their best advantage, and it passes the test with flying colors. Whether she's selling a heartfelt ballad or a bubbly jazz tune, Day's distinctive voice sounds rich, full, and powerful. Overall, excellent fidelity and tonal depth distinguish the audio, which is free of any age-related hiss, pops, or crackle. A wide dynamic scale embraces the highs and lows of Ray Heindorf's string-laced and brassy arrangements, and sonic accents like fisticuffs, rain, revving car engines, and especially an annoying toy gun are distinct. No distortion is present and all the dialogue is clear and easy to comprehend. It's easy to minimize the audio in the face of such eye-popping visuals, but this track asserts itself well and plays a vital role in bringing My Dream Is Yours to life.

Doris Day's second film is almost as delightful as her first. My Dream Is Yours may be saddled with a less-than-satisfying narrative, but its sunny songs, effervescent cast, slick direction, and dazzling Technicolor combine to create a captivating musical that delights the eyes and ears. Day exudes warmth, sincerity, and spunk as a talented singer who can't catch a break, and Jack Carson as her devoted, stalwart, and oh-so-smitten manager has never been more appealing. Once again, Warner Archive delivers a gorgeous transfer struck from a new HD master, top-drawer audio, and an array of vintage supplements, all of which help this Golden Age classic earn an enthusiastic thumbs up. Recommended.