More MGM musicals on Blu-ray is always good news, and though the 1947 version of Good News may not top everyone's list of Golden Age favorites, it remains a breezy, boisterous film packed with several memorable numbers. "Pass That Peace Pipe," "The Best Things in Life Are Free," "Just Imagine," and "Lucky in Love" are only a few of the marvelous songs that perk up the rather trite tale of romance and football on the Tait College campus. June Allyson and Peter Lawford make a perfect pair and the "Varsity Drag" finale is a knockout...just like Warner Archive's heavenly 4K restoration struck from the original Technicolor negatives. Solid audio and a terrific spate of vintage supplements sweeten this top-notch presentation that comes heartily Recommended.

In That's Entertainment!, the 1974 MGM musical tribute, narrator Elizabeth Taylor calls Good News "everybody's favorite college musical." While that statement may be debatable, most movie fans will stipulate that the studio's glossy adaptation of the 1927 Broadway hit is a spirited, if saccharine show packed with memorable numbers. The lightweight chronicle of amorous coeds, sniping sorority sisters, and hunky, horny football jocks was already trite when the film went before the cameras in 1947. The rigid Production Code sanitized the tale even more (reportedly the 1930 pre-Code version is much more risqué), but the stale story can't spoil the infectious sense of fun oozing from many of the musical sequences that remain delightfully fresh more than 70 years later.

The predictable narrative charts the rocky romance between Tait College football star and self-proclaimed ladies man Tommy Marlowe (Peter Lawford) and wholesome, plain-Jane librarian Connie Lane (June Allyson). Tommy enlists the brainy Connie as a tutor to help him pass his French class so he can play in the all-important "big game," but during their study sessions, Tommy finds Connie unexpectedly beguiling, much to her surprise and delight. Tommy asks Connie to the prom, but when sexy gold-digger Pat McClellan (Patricia Marshall) learns Tommy is heir to a pickle fortune, she uses her wiles to lure the smitten athlete into her arms. Will Connie roll over or fight for her man? Will Tommy come through for Tait? Will the vivacious, aggressive Babe Doolittle (Joan McCracken) ditch her possessive, dumb-jock boyfriend Beef (Loren Tindall) so she can go steady with nerdy benchwarmer Bobby Turner (Ray McDonald)? And most critically, will love conquer all just in time for everyone to kick up their heels and do "The Varsity Drag"?

The film's tongue-in-cheek prologue cites 1927 as "the year of 'Flaming Youth' - when a girl was a flapper - and a boy was a sheik," but there's not much fire in the youthful Tait student body and not much sizzle in this Jazz Age tale that's as chaste as a Bible Belt revival meeting. Without the period costumes and some Charleston steps, it would be easy to mistake the film's Roaring '20s setting for the Victorian Era. It's also easy to mistake Good News for one of those Mickey Rooney-Judy Garland let's-put-on-a-show musicals, but with the football game replacing the climactic revue. Good News flaunts the same gosh-golly-gee-whiz attitude, as well as some of the same plot points and characters, most notably mantrap Pat, the kind of flirty, conceited siren June Preisser portrays in both Babes in Arms and Strike Up the Band. (Ironically, Good News was once considered a potential Rooney-Garland vehicle, but abandoned in favor of other projects.) 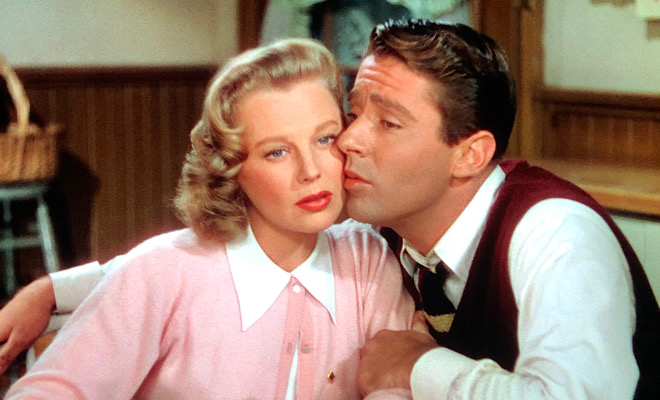 The screenplay - the first written by legendary dramatists Betty Comden and Adolph Green - lacks the sparkle and spitfire of their later scripts, most notably Singin' in the Rain and The Band Wagon. Nevertheless, the duo cooks up some clever moments, but the bland story always plays second-fiddle to the musical numbers, a couple of which were written expressly for this adaptation. "The French Lesson" and "Pass That Peace Pipe" (notwithstanding a few cringe-worthy moments of negative stereotyping) both stand as stellar additions to the score, but unfortunately, another new song, "An Easier Way," was cut before the film's release. The arch Comden and Green lyrics, lilting tune, and charming performances of Allyson and Marshall make the number's deletion a real shame, but lucky for us, it's included in its entirety in the disc supplements.

First-time director Charles Walters, who would next helm the classic Easter Parade and list The Barkleys of Broadway, Summer Stock, Lili, The Tender Trap, High Society, and The Unsinkable Molly Brown among his distinguished credits, handles his chores like a seasoned pro and infuses the Good News musical sequences with so much energy and charm we forgive - if not totally forget - the insipid, clichéd plot. A former dancer and choreographer who memorably partnered Judy Garland in both Girl Crazy and Presenting Lily Mars, Walters shows off his terpsichorean talents by mounting several effervescent numbers, including "Be a Ladies Man," "Lucky in Love," and the rousing title tune. It's important to note, however, that the film's two showstoppers - the aforementioned "Pass That Peace Pipe" and the knockout finale "The Varsity Drag" (which was included in That's Entertainment! and rightfully defines Good News) - were conceived by the too often unsung MGM dance director Robert Alton. 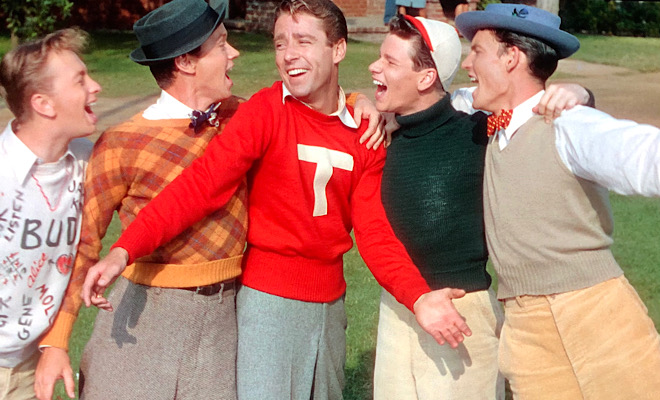 Allyson adroitly combines sugar with spirit. She's no Garland - her cloying renditions of the romantic ballads "The Best Things in Life Are Free" and "Just Imagine" are proof of that - but her charm, enthusiasm, and girl-next-door authenticity make her an engaging screen presence. Though at 30 she's a tad long in the tooth to portray a college coed, her virtuous demeanor, sunny smile, and twinkling eyes help her pull off the assignment.

Allyson also creates comfortable chemistry with a sporadically uncomfortable Lawford, appearing here in his first musical. (Interestingly, Allyson's customary co-star, Van Johnson, with whom she would ultimately make five pictures, was originally slated to play Tommy.) Lawford's singing is - for lack of a better word - lousy, but his dancing is surprisingly good. While no one would ever refute Lawford's assertion in That's Entertainment! that he's "ill-equipped to compete with Astaire or Kelly," he more than holds his own in Good News, and impressively struts his stuff in both "Be a Ladies Man" and "The Varsity Drag." Take a gander below...

Twenty-one-year-old Mel Tormé is laughably bad as a ukulele-toting crooner (his wispy, "velvet fog" vocals require a shot of insulin to digest), but Joan McCracken, Ray McDonald, and Patricia Marshall all shine in supporting parts. No discussion of Good News would be complete without honoring their notable contributions, which should have led to loftier movie careers. The baby-faced McDonald, a gifted hoofer, toiled for years at MGM, but never rose to star ranks, while both McCracken, a ball of fire who ignites the screen in the sizzling "Pass That Peace Pipe," and the golden-voiced Marshall, who got her role when Gloria DeHaven declined it, were imported from Broadway to appear in the film. Though Hollywood never embraced them, both women continued to work on stage throughout the 1950s and married notable men - McCracken's seven-year union with director-choreographer Bob Fosse is dramatized in the 2019 TV miniseries Fosse/Verdon, and Marshall enjoyed a 53-year marriage to writer-producer Larry Gelbart, who created the TV series M*A*S*H. It's just a shame there isn't more cinematic evidence of their enviable talent.

Good News will never enjoy the same stature as other, more notable films produced by MGM's famed Arthur Freed Unit, but it remains a rousing musical distinguished by a hummable score and top-notch numbers. The dated plot drags the movie down, but an irrepressible cast, dazzling dances, and slick direction hoist it back up and keep it aloft for 93 breezy minutes. If you're a fan of Golden Age musicals, especially those in glorious Technicolor, you'll definitely want to add this title to your collection. 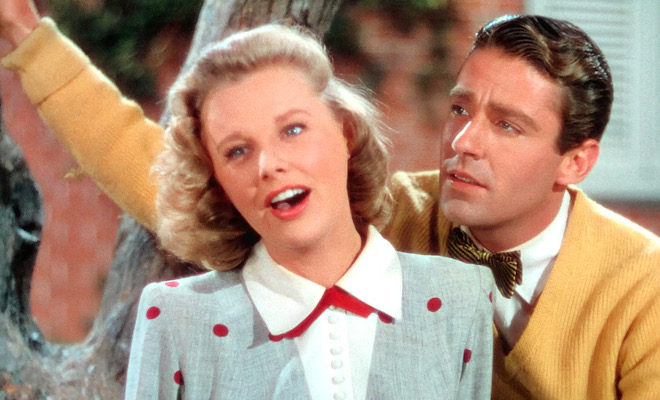 The 1947 version of Good News arrives on Blu-ray packaged in a standard case. Video codec is 1080p/AVC MPEG-4 and audio is DTS-HD Master Audio 2.0 mono. Once the disc is inserted into the player, the static menu with music immediately pops up; no previews or promos precede it.

A brand new 4K master struck from the film's original Technicolor negatives yields a gloriously rich and vivid 1080p/AVC MPEG-4 transfer that will warm the heart of any admirer of the three-strip format. Oh, those gorgeously lush but never over-saturated hues! Warner has become the standard bearer for Technicolor digital transfers, and this one joins the ranks of such recent delectable efforts as The Pirate, The Harvey Girls, and Romance on the High Seas. Reds steal the show, sporting a boldness and lushness that make all the Tait College garb, banners, and other school paraphernalia instantly grab attention, but greens, yellows, and plenty of pastel shades also light up the screen. 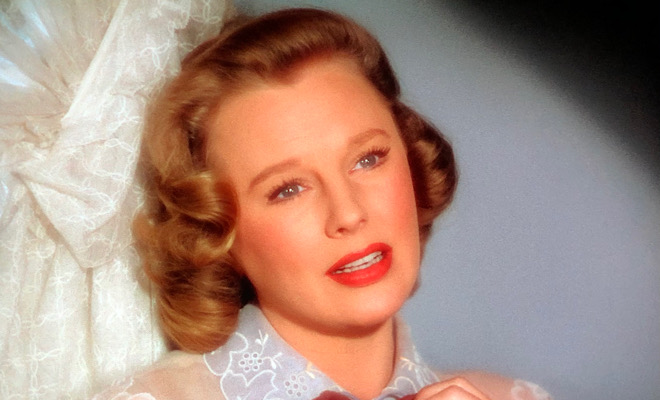 Excellent clarity and contrast create a well-balanced picture and nicely highlight fine details, while faint grain preserves the feel of celluloid. Black levels are deep, the bright whites never bloom, flesh tones remain natural and stable throughout, and all the yummy close-ups ooze MGM glamor. Not a single nick, mark, or stray line dot the pristine print and no digital anomalies disrupt the beauty this often eye-popping presentation.

The DTS-HD Master Audio 2.0 mono track supplies clear, well-modulated sound, but lacks the vibrancy some of the best MGM musical tracks from the same period exude. Fidelity is just a tad dull; the upper ranges of the dynamic scale don't exhibit the brightness and purity of tone necessary to maximize the sonic impact of the lively orchestrations by MGM stalwarts Lennie Hayton and Conrad Salinger. Vocals also need a bit more prioritization; it's tough to make out the lyrics of the opening number, and at times, you really have to concentrate to hear the lyrics of other songs.

Bass frequencies are strong, especially during the percussion-heavy "Pass That Peace Pipe" number, and the crowd noise during the climactic football game sequence nicely fills the room and makes us feel as if we're in the thick of the action. All the dialogue is easy to comprehend, and no age-related hiss, pops, or crackle intrude. Don't get me wrong...for a 77-year-old track, Good News sounds great, but Warner Archive has spoiled us so much over the years with so many superior audio renderings of other Golden Age musicals, anything less than perfection is somewhat deflating.

All the marvelous vintage extras from the 2001 DVD have been ported over to this Blu-ray release, and that's "good news" for the film's fans.

The plot may be silly, but the spirited and often sublime numbers make Good News just that for fans of Golden Age Hollywood musicals. June Allyson and Peter Lawford lead a vivacious cast in this creaky tale of amorous college coeds, romantic wrangling, and football hijinks that's directed with vim and vigor by Charles Walters. Another glorious Technicolor transfer from Warner Archive makes this tuneful classic look freshly minted, while solid audio and a terrific array of vintage supplemental material further enhance the appeal of this top-notch release. Recommended.