Nick and Nora Charles, as iconically embodied by William Powell and Myrna Loy, return with Asta and a baby son in tow in Another Thin Man, the third installment of the beloved mystery-comedy series. Though not as satisfying as the first two, this breezy sequel chronicles Nick's efforts to solve the murder of an elderly millionaire while managing the demands of fatherhood. Solid audio, a couple of vintage extras, and another excellent Warner Archive transfer make Another Thin Man another satisfying visit with Nick and Nora. Recommended.

For most New Yorkers, a weekend in the country means a relaxing respite from the hustle and bustle of big city life, and that's just what Nick and Nora Charles (William Powell and Myrna Loy) expect when Colonel MacFay (C. Aubrey Smith), an old business associate of Nora's father, invites the couple and their baby to his Long Island estate. Yet wherever Nick and Nora go, murder seems to follow, and before the two can get a breath of fresh air, let alone unpack, someone bumps off the Colonel. Suspects, of course, abound and, as usual, an inept police detective (Otto Kruger) mucks up the works, so it's up to Nick to investigate the crime (and the others that follow) and finger the killer.

Another Thin Man marked the third installment of the popular series and last to be culled from a Dashiell Hammett story with a screenplay by the accomplished husband-and-wife team of Frances Goodrich and Albert Hackett. (In her autobiography, Loy recalls asking Hackett years later why they stopped writing the Thin Man scripts and he replied, "Finally I just threw up on my typewriter. I couldn't do it again; I couldn't write another one.") Though not as snappy, clever, or intriguing as the previous two movies, Another Thin Man nevertheless has its moments and coasts merrily along on the wit and charm of Powell and Loy, who seem as comfortable in their roles as old shoes. 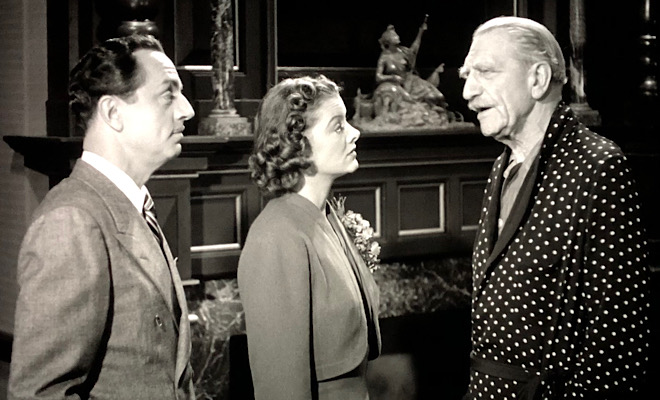 At the end of After the Thin Man, Nora reveals a baby Charles is on the way, and the opening scene of Another Thin Man introduces us to the almost one-year-old Nick, Jr. The baby, much like the Charles' beloved pet dog Asta, grabs a fair amount of screen time with myriad cute antics, including an especially adorable bit tugging at Powell's mustache while he sleeps. But if you think becoming a dad prompts Nick to curb his alcohol consumption, think again. A highball is always close at hand (or in his hand), and the potent elixirs help him deal with all the eccentric characters populating this comic mystery.

The dense plot can be difficult to follow and difficult to swallow, too, due to too many red herrings, but a solid, colorful supporting cast helps make it palatable. The names may not ring bells if you aren't a diehard classic movie aficionado, but you'll surely recognize many of the faces. The beautiful, underrated Virginia Grey handles her chores especially well, and Otto Kruger (who played key roles in High Noon, Hitchcock's Saboteur, and the Rita Hayworth musical Cover Girl), Ruth Hussey (a year before she made a splash as James Stewart's photographer girlfriend in The Philadelphia Story), the dashing Patric Knowles (Will Scarlett in The Adventures of Robin Hood), Tom Neal (best known as the doomed hero of the iconic low-budget film noir Detour), Sheldon Leonard (in his feature film debut), and the always boisterous Marjorie Main all make fine impressions. Eagle eyes will also spot an unbilled Shemp Howard (one of The Three Stooges) in a bit part toward the end of the film. 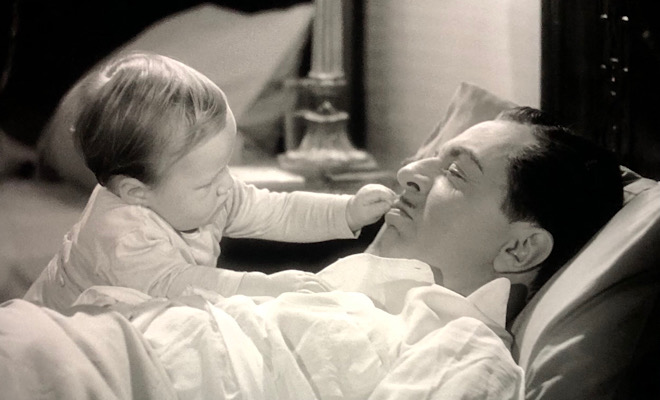 Though it might not be notable from a cinematic standpoint, Another Thin Man marked a personal triumph for the 47-year-old Powell, who returned to MGM after a two-year absence due to emotional and physical issues. The unexpected and tragic death of Powell's fiancée, superstar Jean Harlow, in mid-1937 dealt the actor a devastating blow that was followed in short order by a serious bout with colon cancer that came close to ending his career. Loy recalls in her autobiography that Powell still looked "a bit frail" when he began shooting Another Thin Man, but you'd never know it from watching him. His trademark elegance, dry wit, physical grace, and priceless facial expressions are all on display, and his crackerjack chemistry with Loy remains firmly intact. Another Thin Man stands as the eighth of 14 pictures(!) the two would make together, and while it's far from their best, it remains a pleasant romp that builds to a satisfying - if predictable - climax.

Whether the addition of a baby helps or hinders this moneymaking franchise remains open for debate, but series such as these always try to jumpstart their engines when the initial premise becomes too familiar. Thankfully, the three subsequent Thin Man sequels never saddled Nick and Nora with more kids, but if Warner Archive ever gets around to releasing the final installment, Song of the Thin Man, on Blu-ray, we'll get to see Nick, Jr. grow into 11-year-old Dean Stockwell. Let's all hope that happens in the not-too-distant future. 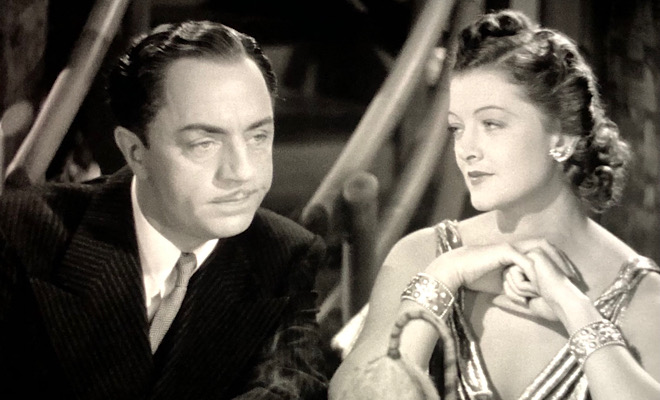 If you've got the prior Thin Man films on Blu-ray, you should certainly continue collecting the series. Another Thin Man might be just another sequel, but it's a comfy, cozy, often delightful bit of escapism that features a few thrills, an array of quirky characters, and two terrific stars who never wear out their welcome. So pour a couple of cocktails and raise a glass to Nick, Nora, Asta, and all the shady suspects who make these classic films so much fun.

Vital Disc Stats: The Blu-ray
Another Thin Man arrives on Blu-ray packaged in a standard case. Video codec is 1080p/AVC MPEG-4 and audio is DTS-HD Master Audio 2.0 mono. Once the disc is inserted into the player, the static menu with music immediately pops up; no previews or promos precede it.

A new HD master sourced from a 4K scan of the best surviving preservation elements yields a very pleasing 1080p/AVC MPEG-4 transfer that's crisp, clean, and vibrant. Excellent clarity and contrast combine with a natural grain structure to produce a lovely film-like image that possesses a good deal of depth and shows off fine details well. Another Thin Man is hardly a lavish production, but the customary MGM gloss still shines through, and the rich black levels, bright yet stable whites, and nicely varied grays maximize its impact. Sharp close-ups and good shadow delineation also distinguish this solid presentation, and no nicks, marks, lines, or scratches sully the pristine source material. Chalk up another winning classic movie transfer for Warner Archive!

The DTS-HD Master Audio 2.0 mono track supplies clear, well-modulated sound. There's not a lot of sonic action in Another Thin Man, but elements like slamming doors, crackling flames, crying babies, and the arfs of Asta are distinctly rendered. A wide dynamic scale handles the highs and lows of the music score without any distortion, and all the dialogue is well prioritized and easy to comprehend. Any age-related hiss, pops, or crackle have been erased as well. This track won't tax your system, but its unobtrusive nature and solid performance nicely complement the film.

Another Thin Man might not stand as the best entry in MGM's long-running Thin Man series, but it remains a breezy, entertaining sequel that coasts along on the strength of its two stars' chemistry and affable personalities. The dense plot bogs down the film, but W.S. Van Dyke II's snappy direction lightens the load. Solid audio, a couple of vintage extras, and another top-notch Warner Archive transfer make Another Thin Man another welcome classic Blu-ray release. Recommended.