They number in the billions - and they’re pissed off - Ants! Following the made-for-tv movie playbook to the letter, this is a tight and tense little horror show for the creepy crawly critters. Starring Robert Foxworth, Bernie Casie, Lynda Day George, and Myrna Loy, (no Woody Allen) this highly entertaining creature feature comes home to Blu-ray thanks to Kino Lorber Studio Classics with two presentations, original broadcast ratio and widescreen reformat, clean audio, and some worthwhile bonus features. If 70s insect flicks are your flavor, this is a great pickup. Recommended.

Lakewood Manor is the relaxing kind of old hotel folks willing to pay big bucks for premier amenities. Owned by kindly old Ethal Adams (Myrna Loy) and run by her daughter Gloria (Lynda Day George), the hotel is on hard times financially. Nearby, Mike Carr (Robert Foxworth) and his crew are working to put in a new hotel. Little does anyone know a colony of mutated killer ants lurks in the ground around the dig site. When Mike’s crew accidentally sets them loose, the lives of everyone at the hotel are at risk of enduring an agonizing death… one tiny bite at a time.

Ants! or as it’s also known by the less exciting title It Happened at Lakewood Manor is another classic man-vs-nature made-for-tv creature feature. With a great cast, tight directing from Robert Scheerer, and a straight-forward script by Guerdon Trueblood (who also wrote Tarantulas: The Deadly Cargo, Terror out of the Sky, and Jaws 3-D), this creepy crawly killer insect flick plays by all the genre rules. There’s little here that’s unexpected or out of the ordinary, but that’s okay - it’s still a ton of fun. 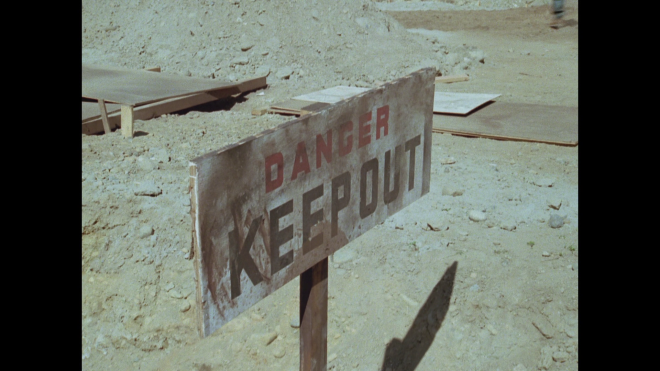 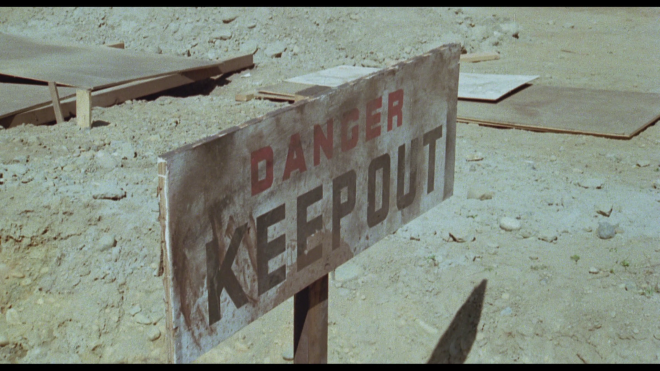 I’m not at all scared of ants as I would be compared to spiders or bees, but something about this film clicks. Part of what makes this film work so well is the sense that anyone could get attacked by these killer ants. From kids to kindly old ladies, everyone is ample ant fodder. It’s a clever allowance that one bite won’t do much, but if someone gets 100 or 200 of them, then they’re in real trouble! While the explanation for why they’ve become so aggressive may be a bit hammy but since it worked for Kingdom of the Spiders it’s good enough here. And for most of the movie the titular critter seems like an easy thing to avoid, but then they swarm and attack, and the action, terror, and body count really pick up!

Much like Tarantulas and Terror out of the Sky, the film largely succeeds thanks to the cast. Robert Foxworth steps up as the everyman blue-collar hero and together with his pal Bernie Casie they put in the overtime trying to save the day. Steve Frankin gets to play to his typically annoying wormy schmuck while Gerald Gordon gets to play up the waelthy sleaze bag jerk. Lynda Day George doesn’t get a whole lot to do but scream and look terrified for Myrna Loy’s helpless old lady Ethel. Then we have the late great Brian Dennehy in one of his first roles come in for the final act as the fire chief! At any point, this flick could have fallen apart but these fine actors sell the tension through plenty of eye-rolling plot developments to a grand finale. 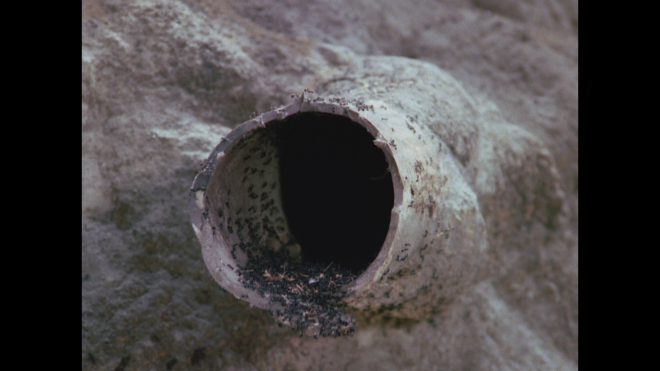 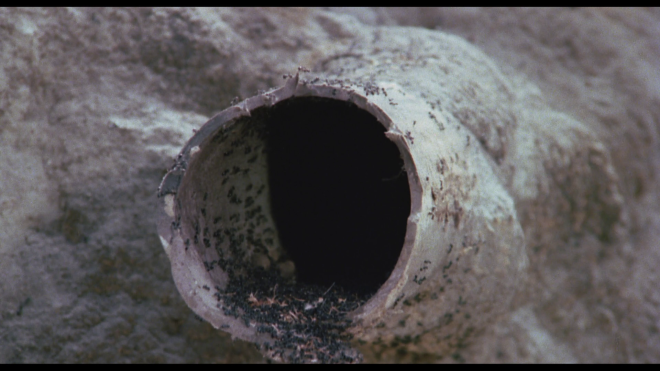 Vital Disc Stats: The Blu-ray
Ants! creeps its way onto Blu-ray thanks to Kino Lorber Studio Classics. Pressed on a Region A BD-50 disc, the disc is housed in a sturdy case with slipcover and reversible insert artwork. The disc loads to a static image main menu with traditional navigation options. 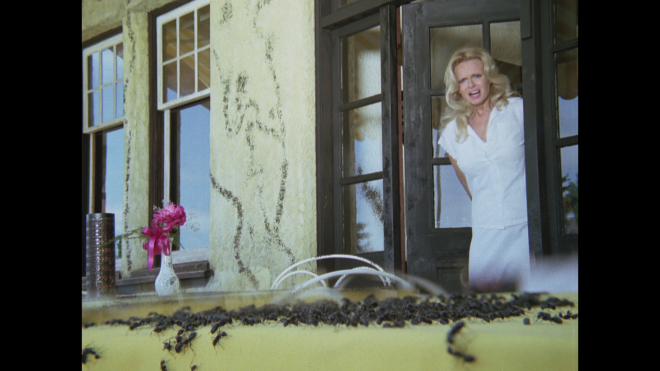 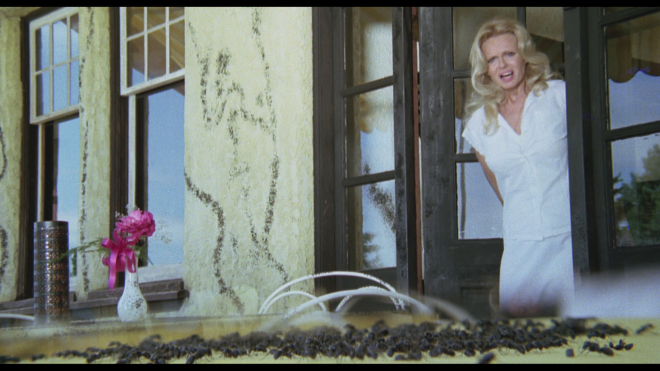 Ants! arrives with two viewing options - the original 1.33:1 broadcast ratio and the reformatted 1.85:1. Both work in their own ways - but I tip my hat to the original 1.33:1. Depending on the shot, the 1.85:1 actually displays additional information at the right and left sides of the frame, but loses information at the top and bottom and can be zoomed in a bit. And for how so many of the character conversation moments are shot, that top and bottom image loss just make the framing look too tight in my opinion. For some of the shots that appear zoomed in, grain can look a bit soupy and noisy and any slight defect like speckling or a small scratch is much more noticeable than the 1.33:1.  And because this disc supports both aspect ratios - bitrate takes quite a hit, so I can only imagine how much better this could possibly look had only the 1.33:1 original broadcast ratio been offered.

For both presentations, details are strong throughout with relatively clean lines and textures. Occasionally there’s a little bit of a crunchy quality, but I chalk that up to this disc supporting two versions of the film. Thankfully that’s not too distracting and a minimal presence. If there's one slight issue it's that the image can be a bit bright and hot in some places. Some scenes look to have simply been shot with the sun or a bright light source practically right in the lens, but there are a couple of spots where yellows slip a little pale and the blue sky loses its luster. But then most of the film looks terrific so I figure those trouble spots are backed into the mixture. Black levels and contrast do okay, again there are those moments that look a bit too hot and some black levels get awful close to crush, but thankfully image depth is maintained. While not perfect, it's a clear upgrade over the old DVD. 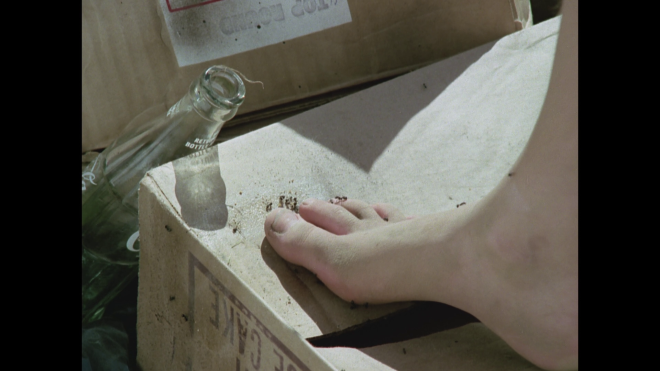 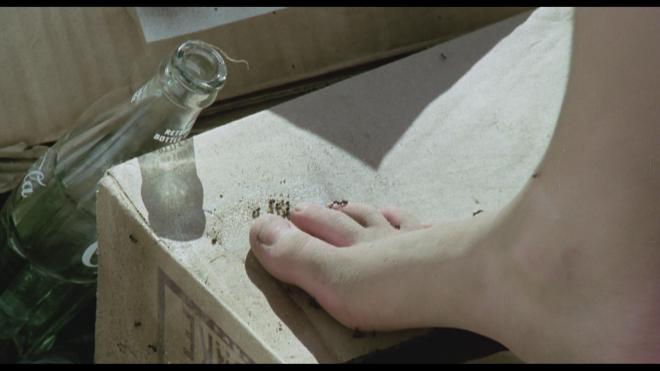 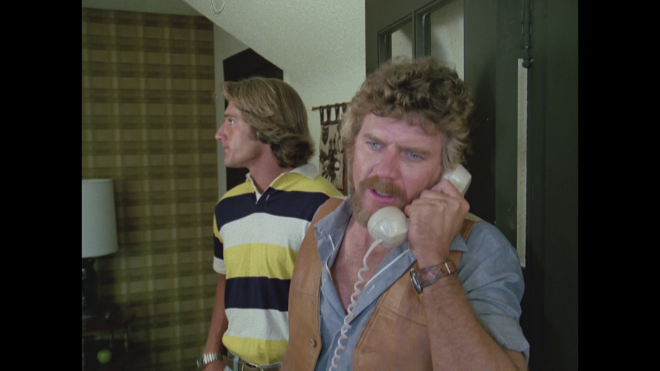 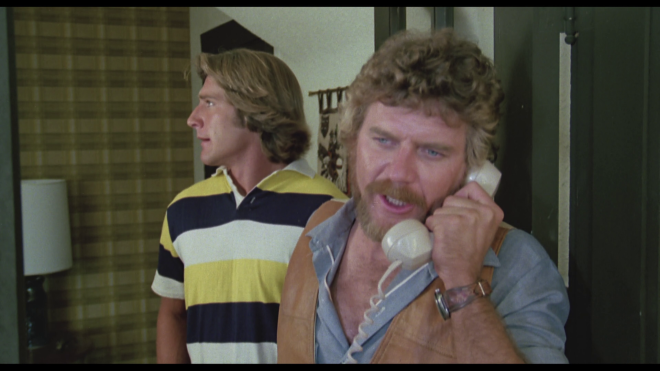 Ants! takes a bite out of a respectable DTS-HD MA 2.0 track. Most of the time this track is spot on and without issue, but there are a couple of spots where dialog fidelity takes a little slide. The most notable moment is early in the film when Robert Foxworth and Lynda Day George have a conversation in a bathroom, the dialog is muddy and hampered further by some echo of the location so you might need to kick the volume a bit. Sound effects and scoring round out the soundscape nicely - especially for the big action-packed final act. 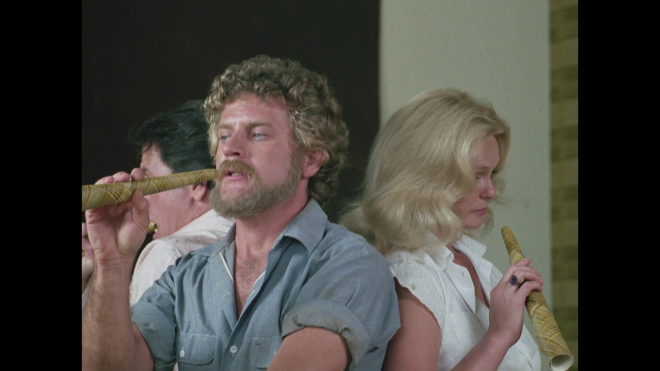 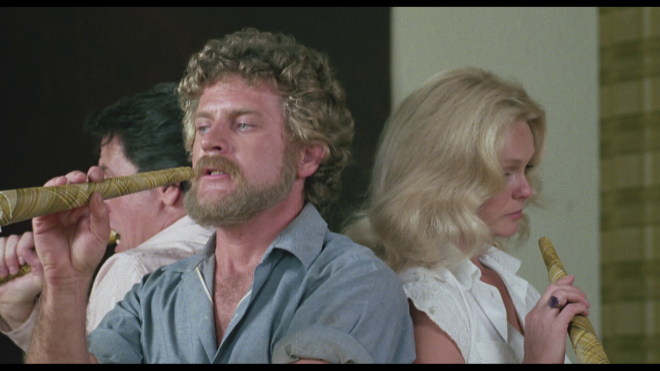 While not the biggest movie ever made, KLSC gives Ants! a pretty impressive bonus features package to work with. We get a solid informative audio commentary with Lee Gambin as well as a bunch of audio interviews with various cast members and crew of the film - presumably, these were done over skype or over the phone so it’s just audio over static images from the film. While not the most exciting presentation for these interviews we do pick up nearly three hours of material to listen to and all of it is interesting and worth the time. 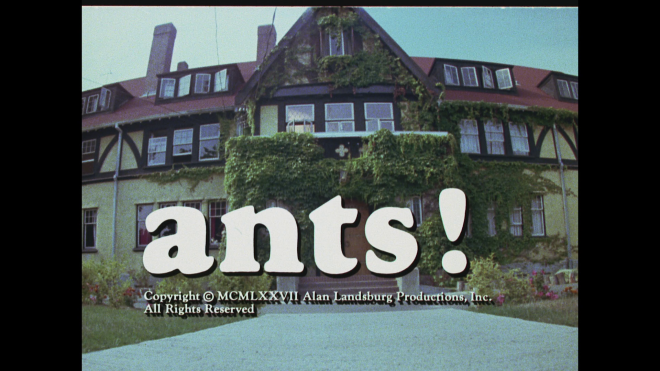 Ants! brings the terror home one tiny bite at a time. Another excellent addition in the long line of made-for-tv bug flicks, this film features a great cast bringing their best efforts working with a slick script and some smart direction to keep the terror coming. The film may be a bit goofy but it manages to craft some impressive setpieces. KLSC brings the film to Blu-ray in good form with an overall solid A/V presentation - including 1.33:1 and 1.85:1 aspect ratio options - and a nice selection of interesting and informative bonus features well worth digging into. For the killer bug movie fan, this is another great addition for the collection. Recommended