Terror Out of the Sky

It wouldn’t be the 70s without a killer bee movie! Terror Out of the Sky - the sequel to The Savage Bees, joins the pretty packed sub-genre of killer insect flicks. The film may be pretty by the numbers with a slow start, but the last half finds its wings for a genuine stinger of an ending. Kino Lorber Studio Classics brings this slick made-for-tv bee flick to Blu-ray with a solid A/V presentation and a nice audio commentary to prop up the slim bonus features. For the killer insect movie fan, this is a worthy pickup. Recommended

The attack of Africanized bees that terrified New Orleans is over. But the nightmares continue for Jeannie Devereaux (Tovah Feldshuh) after her close encounters with the buzzing winged stingers of death. Now working for the National Bee Institute with Dr. David Martin (Efrem Zimbalist Jr.), they aim to prevent any future outbreak of deadly bees. But when a hive of their test Africanized bees is accidentally shipped out to some farmers, the terror begins again. With the help of Jeannie’s pilot boyfriend Nick (Dan Haggerty), they have precious little time to isolate the bees, trap them, and kill them before the deadly insects can kill again.

A sequel to 1976’s The Savage Bees, 1978’s Terror Out of the Sky proves to bee an interesting and worthwhile sequel. The first film had the benefit of taking place in a heavily populated city to ramp up the terror for widespread bee-fueled mayhem. This film breaks typical sequel tradition and actually goes smaller with its scale focusing more on the humans than buzzing bee carnage. And in that arena, this film actually works pretty well.

Tovah Feldshuh steps in for Gretchen Corbett as Jeannie giving the two films a little bit of connective tissue. Much like Ripley in Aliens, this version of Jeannie is somewhat frail and damaged from her experience. She’s trying to move on but can't get over her dark feelings. This leads the two men in her life Efrem Zimbalist Jr.’s David and Dan Haggerty’s Nick to spar over what is best for her and how she can cope with her past trauma as well as the terror in front of them. Thankfully the script by Guerdon Trueblood, Peter Nelson, and Doris Silverton isn’t so one-note to make Jeannie a completely obnoxious wet blanket character that constantly needs saving. When it gets down to it, she’s the one that takes action. Compared to the other killer-insect movies released by Kino Lorber Studio Classics, Terror Out of the Sky offers up a more fulfilling human drama than Tarantulas: The Deadly Cargo or Ants!. 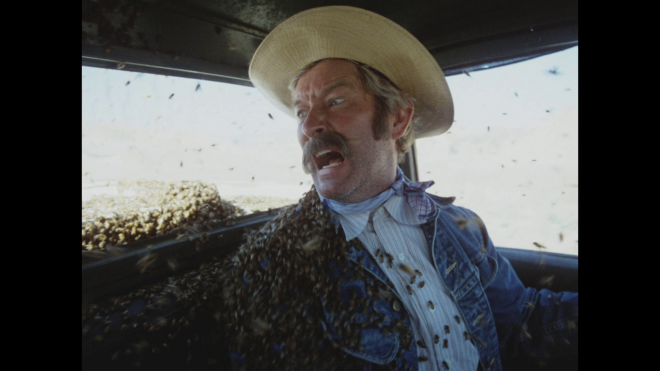 As the film is more focused on the human element, folks expecting some edgy made-for-tv bee carnage may bee a tad let down, but there are some great bee kills to get excited about. There’s one kill in the first act that may come too early for this film’s own good for how completely gnarly it is, but it’s a shocking moment that gets the blood pumping with some A+ killer insect makeup work! Running at a brisk 94-minutes, the film has a pretty languid front end but thankfully finds its legs for a dramatic and tense conclusion with a real gut-puncher of an ending. 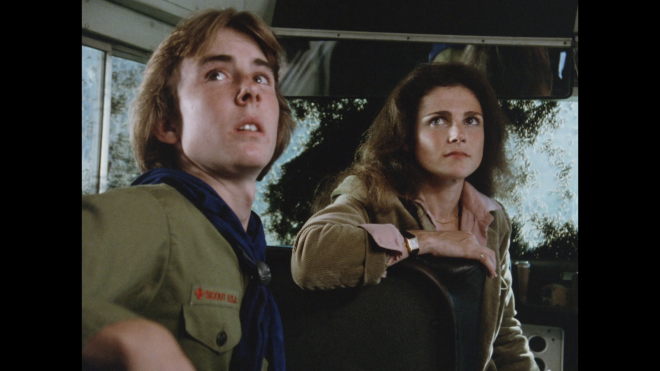 Vital Disc Stats: The Blu-ray
Thanks to Kino Lorber Studio Classics, Terror Out of the Sky lands on Blu-ray for the first time. Pressed on a Region A BD-25 disc, the disc is housed in a standard sturdy case with identical slipcover artwork. The disc loads to a static image main menu with basic navigation options. 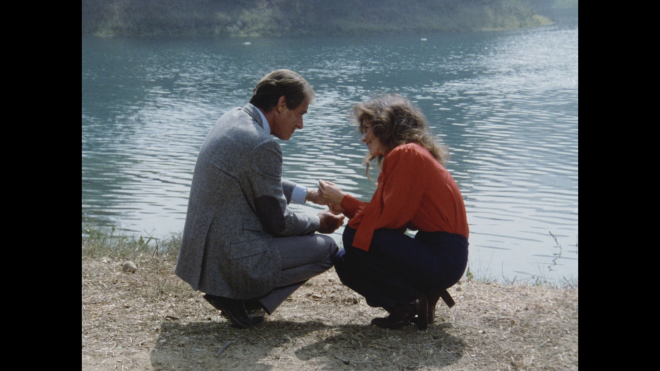 Terror Out of the Sky picks up a welcome 1080p 1.33:1 transfer. Reportedly sourced from a new 2K master, the image is in great shape with minimal age-related specking or scratches. Details for much of the film are terrific with clean edges and detailed facial features and textures. There are some “flashback” moments to the previous film and those come with a bit of diffusion and soft focus, but nothing serious enough to worry about. Colors are bold with strong primaries and healthy skin tones. Black levels are overall strong getting close to hitting the desirable inky black shade we like to see allowing the image to boast some nice depth. All in all, a nice transfer for a little made-for-tv flick like this! 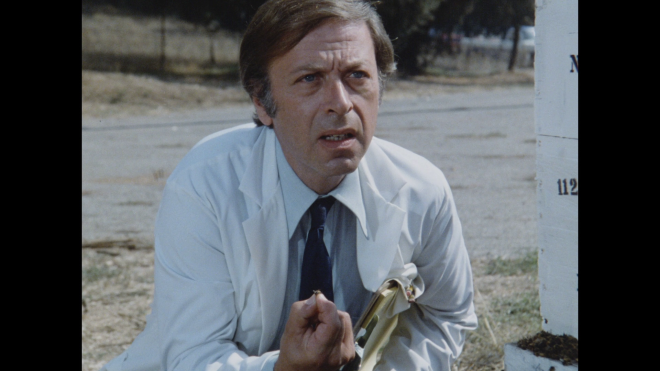 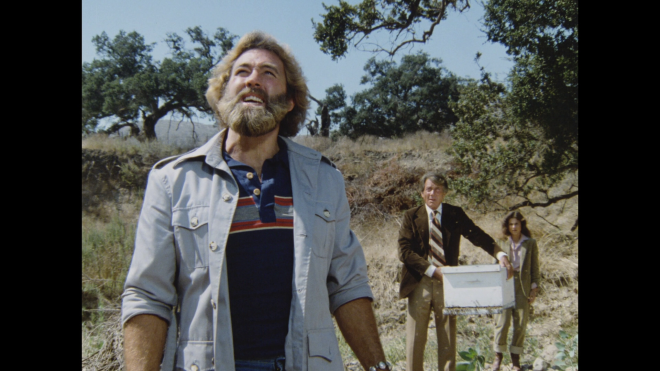 Terror Out of the Sky snags a nice and active DTS-HD MA 2.0 track. While much of the film is conversational, there’s some excellent sound design. Between crowds of people, airplane engines, and of course, the hum of the deadly killer bees, the soundscape stays active. Dialog is clean and clear throughout without issue and scouring by William Goldstein helps kick up the tension. Free of any hiss or serious age-related issues this is a solid audio presentation. 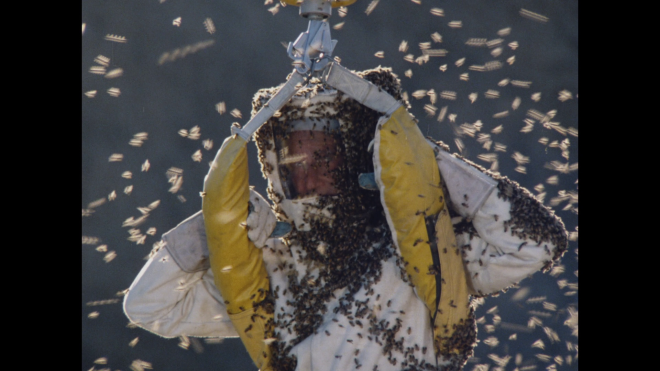 While not the biggest or best killer insect flick, KLSC brings in a solid audio commentary track with film historian David Del Valle and filmmaker David DeCoteau. It’s a nice informative track and worth giving a listen to, but as far as bonus features go, that’s it. The only other items on this disc are a pair of trailers for Ritual of Evil and Chosen Survivors.

Terror Out of the Sky may not bee as big or as exciting as its predecessor The Savage Bees, but it proves to bee an entertaining show. It takes a little time to get going but once it starts moving it finds its pace and ramps up the tension and terror. Thanks to some solid performances, a relatively tight script, and effective direction, the movie stays on point and delivers the goods.

Kino Lorber Studio Classics gives Terror Out of the Sky a worthy and welcome Blu-ray release. With a solid A/V presentation, the film looks and sounds far and away better than the old DVD release. Now if we could just get The Savage Bees on Blu-ray then we’d have it made in the shade! For fans of these made-for-tv killer insect flicks, Terror Out of the Sky is a worthy addition to the collection. Recommended