They’re creepy, crawly, deadly - and they’re invading your television screen! Classic movie-of-the-week television fans will have a gas with Tarantulas: The Deadly Cargo starring heavy hitters like Claude Akins, Deborah Winters, Pat Hingle with Tom Atkins, and Howard Hesseman. The movie is a bit goofy, but it moves with all eight legs for a highly entertaining 95-minutes. Now on Blu-ray from KLSC, the film’s never looked or sounded better with a nice audio commentary track headlining bonus features. For fans of classic B-movie insect flicks, you’ll want to add this to your collection. Recommended.

Two entrepreneurial pals Buddy (Tom Atkins) and Fred (Howard Hesseman) got it in their heads to sell coffee beans direct from plantations in Ecuador to coffee shops in San Francisco that are ready and willing to pay a small fortune for quality beans. The only problem is Buddy and Fred didn’t check their cargo! Stowing away within the thousands of pounds of coffee are hundreds of deadly tarantulas! When Buddy and Fred crash into a small California orange-growing community, the spiders are free to roam and kill anything and anyone that gets in their way!

While I was exposed at an early age to heavy-hitting horror classics like Halloween, Friday the 13th, and the Alien and Predator flicks, I’ve always had a soft spot for the made-for-television movies of the week. They were the films that I could watch alone without “parent supervision.” We didn’t have cable so movies like Tarantulas: The Deadly Cargo was the best they got. I don’t remember the first time I saw this little gem of a killer spider flick, but it’s a favorite. The film is well made, looks bigger and more expensive than it is, and the excellent cast carries the action.

If there’s a weird complaint to have of the film is that it’s almost too good. The terrific cast with Pat Hingle as the town Doctor and Claude Akins doing what he does best, there’s some heft to the characters as they desperately try to contain the problem. The script by John Groves and Guerdon Trueblood does a terrific job of raising the stakes as the spiders spread from the crashed airplane and into the community. Director Stuart Hagmann also does a great job managing tension and keeping his actors in a constant state of peril. 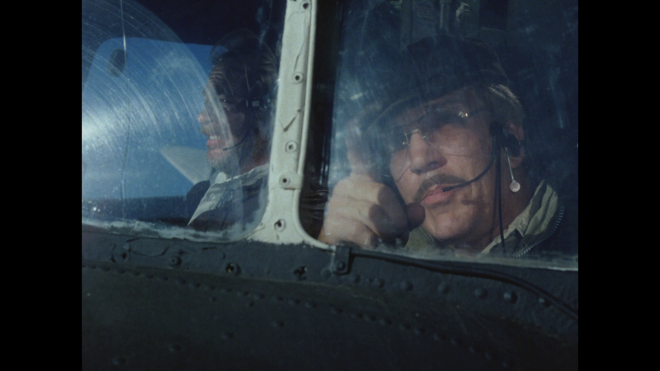 So, where does it all go wrong? Well, as much as I love this movie, I have to say that the climax is a bit on the limp side. There’s a great setup for all sorts of spider mayhem about to descend upon our small crew of working-class heroes, but it just doesn’t come. There’s a little hiccup to the plan, but nothing dramatic enough to make you believe everything could be lost with one bite from a terrifying eight-legged creature. That is the lone stumbling block to this movie. Picture if Arachnophobia didn’t have that final confrontation with Jeff Daniels and the big daddy deadly spider? It’s kinda like that. While that is a stumble for sure, the rest of the film is a hoot and well worth the time. 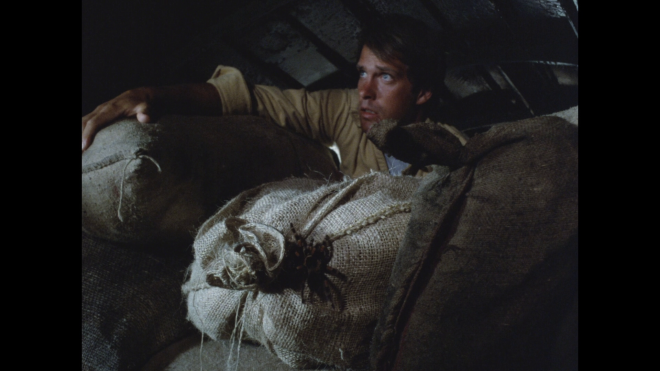 Vital Disc Stats: The Blu-ray
Tarantulas: The Deadly Cargo creeps its way onto Blu-ray thanks to Kino Lorber Studio Classics. Pressed on a BD-25 disc, the disc is housed in a standard sturdy case with identical slipcover artwork. The disc loads to a static image main menu with traditional navigation options. 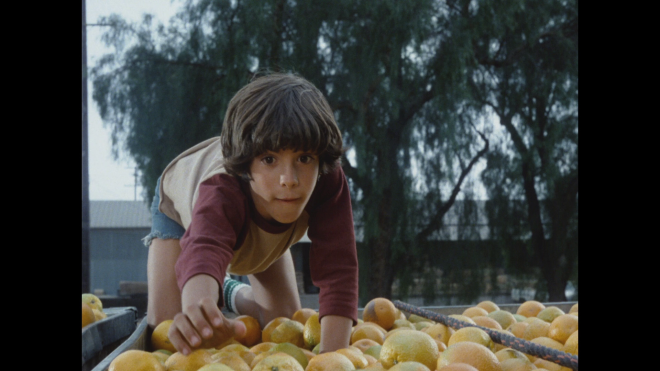 Reportedly sourced from a new 2K master, Tarantulas: The Deadly Cargo finds itself with an impressive 1.33:1 1080p transfer. Given this was made for television on a pretty tight budget, there are some visual constraints, but it’s an impressive-looking production all the same. Details are relatively sharp and clear with a stable grain structure, and overall the film elements are in good shape. The biggest issue with the transfer is the rough-around-the-edges appearance of optical shots. So the credits, dissolves, and some of the special effects can be noticeably soft and have a bit more speckling and small scratches. Once those effects clear out things improve significantly. The colors are in good shape with nice primaries. Black levels and contrast are pretty good - blacks can get a little thick, especially towards the finale but avoid any serious crush. Whites are crisp and can edge towards blooming but again, nothing serious. All in all, a considerable upgrade over my old DVD. 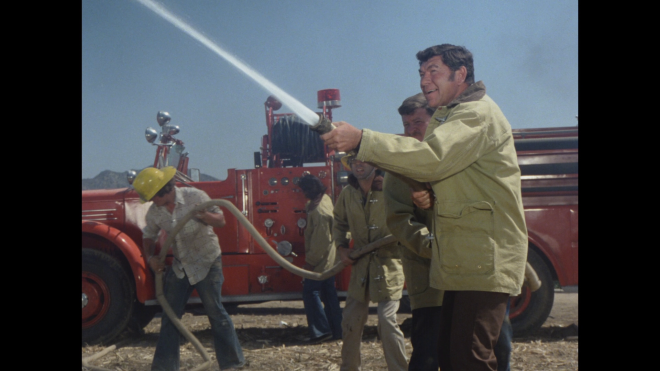 Tarantulas: The Deadly Cargo picks up a solid DTS-HD MA 2.0 audio track. Dialog is clean and clear throughout without any issues. While the film may not be the biggest event piece, it actually has some impressive sound design work. The opening storm, the sound of the airplane as it zips overhead, the big explosion at the beginning - and then the creepy jazzy score by Mundell Lowe create an engaging soundscape. Levels are spot on without issue and free of any age-related issues. 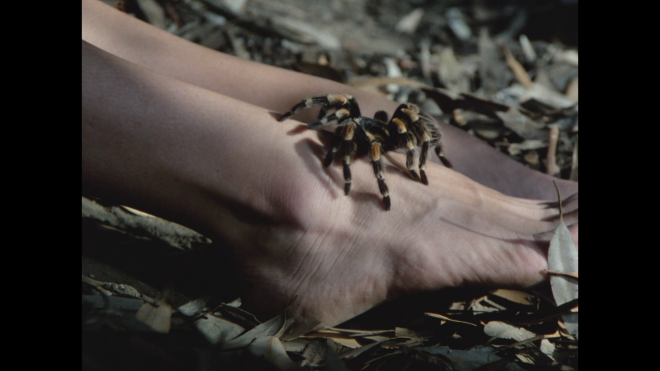 Not the biggest pack of bonus features ever, but the audio commentary for this disc is well worth digging into. It features Amanda Reyes, Dan Bubnik, and Nate Johnson of The Made for TV Mayhem Show podcast and they offer a lot of insight into the film with a lot of details about the major players and their careers. After that we get KLSC’s usual Trailer Gallery. 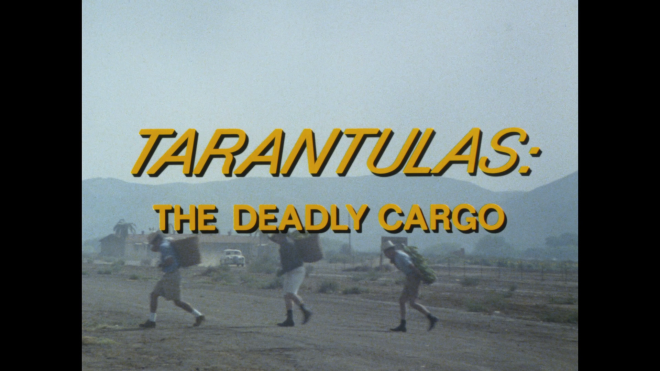 Tarantulas: The Deadly Cargo may not be the biggest or best man-vs-nature creepy horror flick, but it’s a hell of a lot of fun! Made for television movies aren't the big draw today they were 40 and 50 years ago, but these forgotten little gems deliver solid entertainment value, and Tarantulas is no exception. With a great cast, a tight script, and a solid directing effort, the film is a creepy fun time. The climax may not be as exciting as it could be, but the rest of the film is very entertaining. Kino Lorber Studio Classics delivers a solid Blu-ray release for this made-for-TV gem bringing a respectable A/V presentation to disc with a great audio commentary to listen to for bonus features. Fans of killer insect flicks should have a great time. Recommended.