David Lynch has never been accused of doing anything in a conventional manner. Typically, when a filmmaker adapts a book to the screen, he or she must condense the text into a manageable length by removing inessential scenes or storylines. For his 1990 film ‘Wild at Heart’, Lynch took the opposite approach. Despite working from short novella that could be read from start to finish in a couple of hours, the director greatly expanded his script and shot enough material that his first rough cut ran over three hours long. He eventually trimmed that down to 125 disjointed minutes, but fans wondered for years what the longer version of the movie may have looked like. In 2008, Lynch actually released that extra footage, but did so on an obscure and expensive DVD that few have seen.

After a series of bad experiences that soured him on working with the Hollywood studio system again, Lynch retreated to the internet in the mid-2000s. He established an online store on his personal web site where he attempted to self-distribute content through his Absurda label. Among the products sold were DVD editions of ‘Eraserhead’ and his short films. The most ambitious product offered was a ten-disc DVD collection called ‘The Lime Green Set’. Before you ask, no, other than the color of the box it came in, no particular explanation was ever provided for that name. I guess that Lynch just liked the color lime green that day. 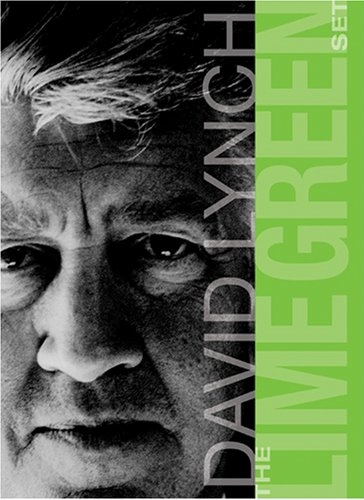 For this ‘Lime Green Set’, Lynch consolidated DVDs that he had previously sold separately (‘Eraserhead’, ‘The Short Films of David Lynch’ and the animated series ‘DumbLand’), along with some studio discs that he was able to license (‘The Elephant Man’ from Paramount, ‘Blue Velvet’ and ‘Wild at Heart’ from MGM). Those latter movies were the official studio DVDs, simply inserted into the box set. The remaining discs contained the ‘Eraserhead’ soundtrack CD, some new featurettes for ‘The Elephant Man’, Lynch’s 1990 concert film ‘Industrial Symphony No. 1’ and a so-called “Mystery Disc.”

As far as I’m aware, ‘Industrial Symphony’ and the Mystery Disc still remain exclusive to this ‘Lime Green Set’. The Mystery Disc held an assortment of odds and ends, such as some short films that Lynch made for his web site and a montage of his early experimental work. Most significantly, it also included 75 minutes of deleted scenes from ‘Wild at Heart’.

Part of David Lynch’s working method is that he likes to experiment on set and to film just about any crazy ideas that come to mind whenever he feels inspired. He overshoots all of his movies, with the intention that he’ll pare them down to the essentials in post production, when he’s determined which ideas “stick” and which aren’t necessary.

The ‘Wild at Heart’ deleted scenes are provided in very cruddy workprint quality. Although anamorphically enhanced for 16:9, the footage is washed out, hasn’t been color timed and is covered in dirt and print damage. It’s also been very badly encoded on the DVD and suffers a number of digital artifacts like aliasing and macroblocking. Basically, it looks like crap, and you just have to accept that. Considering what a fuss Lynch has made about not releasing the deleted scenes to ‘Twin Peaks: Fire Walk With Me’ until he can get them fully restored to optimal quality, his willingness to dump the ‘Wild at Heart’ scenes on disc like this seems a bit hypocritical to me. Perhaps he just doesn’t care as much about ‘Wild at Heart’ as he does ‘Twin Peaks’?

Among the 32 scenes are a number of inconsequential extensions to existing scenes and pointless filler material. Does anyone honestly care where Lula got her car from? Of course not, which is why that scene was rightly cut. The more interesting material includes:

Running throughout these scenes is also a recurring theme where Lula tries to derive “lessons” from the random stories she tells, which helps to explain why she tells so many of them.

A good number of the deleted scenes and dialogue here are taken directly from the original Barry Gifford novella. In fact, it appears that Lynch filmed the entirety of the book, scene for scene, in addition to tossing in mountains of his own material.

One thing not found here is a motorcycle crash that was originally intended to open the film. The shooting script has a detailed description of this scene, but Lynch has claimed in interviews that he never found an opportunity to shoot it. Nonetheless, the end of the finished film still contains a scene that refers back to this motorcycle crash. You’d think that Lynch might want to cut that reference. As it stands, it’s just another pointless non sequitur in a very messy movie.

I still consider ‘Wild at Heart’ one of my least favorite of David Lynch’s films. However, these deleted scenes provide some insight into his creative process, and I’m glad that I’ve finally had a chance to see them.

If I’m not mistaken, I think that Lynch originally sold the ‘Lime Green Set’ for $135. I don’t believe that it sold very well, since the seven of the ten discs were simply recycled DVDs that most fans already owned. That price seemed like a rip-off just to get ‘Industrial Symphony No. 1’ and these ‘Wild at Heart’ deleted scenes. I can’t disagree with that, but I also don’t regret buying it, personally.

Although now out of print, copies of the ‘Lime Green Set’ are still available (at an even higher mark-up, unfortunately) from Amazon Marketplace sellers. I bought mine on eBay recently for less than the original MSRP, from a seller who seems to have an unlimited supply of these but who was very slow to ship.