1990 was truly a banner year for David Lynch. Bursting with creativity at his artistic peak, Lynch had a hit show on TV, a weekly comic strip that ran in alternative newspapers across the country, and a new movie that won top prize at the prestigious Cannes Film Festival. Exhibitions of his paintings and sculptures drew further acclaim, and Time magazine even ran a cover story that called him a genius. This was quite a turn of events for a man who, just a few years earlier, had been derided as a Hollywood pariah for making one of the biggest box office flops of all time. David Lynch was back with a vengeance. In the midst of all this, the filmmaker also found time to stage a performance art concert called ‘Industrial Symphony No. 1: The Dream of the Brokenhearted’.

“In the faraway world of Pinky’s Bubble Egg, things changed.”

The genesis of ‘Industrial Symphony’ came about when the Brooklyn Academy of Music asked Lynch and his music collaborator Angelo Badalamenti to stage two performances of something interesting for the season premiere of its annual Next Wave Festival. Lynch had a few ideas in that regard. With only two weeks’ prep time, he threw together an elaborately designed and choreographed concert for his ingénue of choice, Julee Cruise. The 49-minute show featured a number of songs from Cruise’s album “Into the Night,” all of which had lyrics written by Lynch and music by Badalamenti, plus a few original pieces. The music has a very clear ‘Twin Peaks’ vibe. Most of the instrumentals were taken directly from Badalamenti’s score for that series. 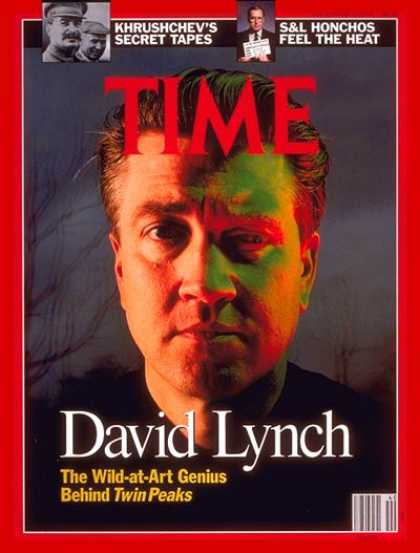 The concert takes place on a huge set covered in girders, pipes and cables. The entire piece is illuminated almost exclusively by roaming spotlights, strobe lights, and sporadic bursts of flame. An air raid siren often blares between songs. In true Lynch fashion, the show is filled with bizarre, inexplicable imagery. A topless woman writhes on the shell of an old car. An acrobat dangling from wires seems to swim through the air. Michael Anderson (the ‘Twin Peaks’ Little Man from Another Place) saws a log. A skinned deer on stilts prances around the stage while men in gas masks shine lights in its face. Baby dolls rain down from model fighter planes while showgirls and ballerinas flee in panic below. Cruise herself spends an inordinate amount of time trussed up in a harness and floating above the action like an angel.

Lynch describes ‘Industrial Symphony’ as “one great big, long mood.” There isn’t much point in trying to decrypt its symbolism, which is mostly a hodgepodge of images and motifs from the director’s earlier works. What little semblance of narrative construct it has is delivered in a video prologue starring Laura Dern and Nicolas Cage, obviously reprising their ‘Wild at Heart’ characters. (Officially, they’re credited as “Heartbroken Woman” and “Heartbreaker.”) Because Lynch had imposed his own happy ending onto the novella he adapted from Barry Gifford, here he gives Cage and Dern the opportunity to enact the book’s original downer ending. Julee Cruise is credited as “The Dreamself of the Heartbroken Woman.” Her entire concert should be considered a nightmare representation of the woman’s psychological turmoil.

Beyond that, don’t look for logic in this. The show is about raw emotion. To that end, the concert has some beautiful, haunting music and plenty of weird, Lynchian imagery. The video version, directed by Lynch, is artistically shot and appropriately moody. Fans of the director will find it a fascinating curiosity, if nothing else.

Back in the day, ‘Industrial Symphony’ was released on VHS and Laserdisc. David Lynch himself released the only DVD edition as part of the ten-disc ‘Lime Green Set’ collection that also contained the deleted scenes from ‘Wild at Heart’. To my knowledge, it remains exclusive to that box set.

The DVD includes two transfers for the concert, one in its original 4:3 aspect ratio and another that was reformatted to 16:9 by way of some cropping, stretching and zooming. The latter looks terrible and should be avoided. That said, even the 4:3 version looks pretty bad. Originally shot on standard-definition videotape, the image is very soft, noisy and filled with artifacts. The PCM stereo soundtrack is better but not really exceptional either. It’s a little muddy and lacks distinction. (The sound of the saw blade cutting wood should be much crisper, for example.) Some songs sound better than others.

The DVD also offers a vintage 11-minute EPK featurette wherein Lynch, Badalamenti and Cruise attempt to explain what the heck the show is about.

Although now out of print, copies of the ‘Lime Green Set’ are still available (at a very high mark-up, unfortunately) from Amazon Marketplace sellers. I bought mine on eBay recently for a better price, from a seller who seems to have an unlimited supply but who was very slow to ship. 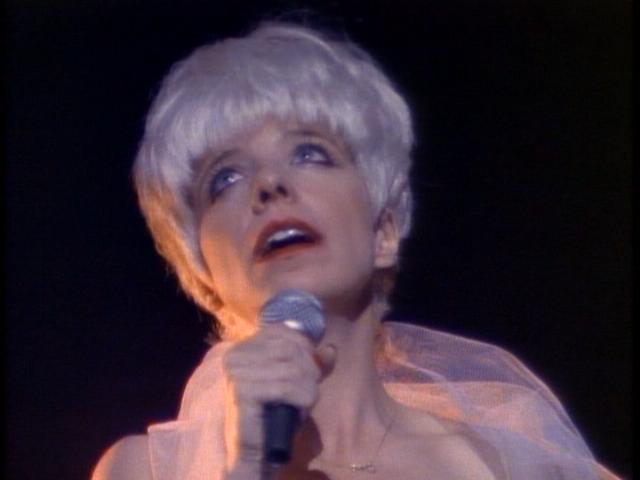 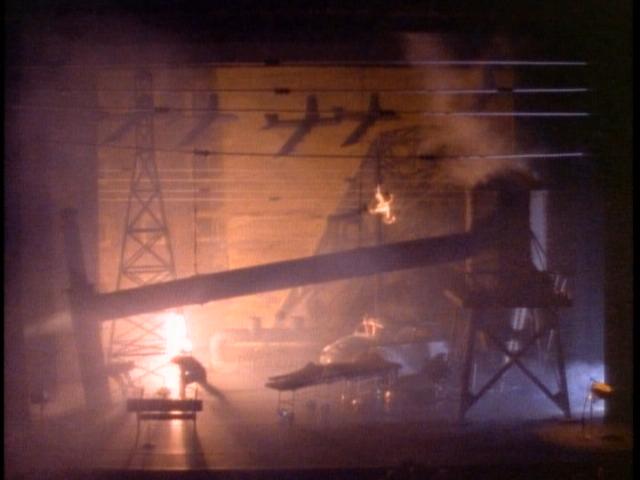 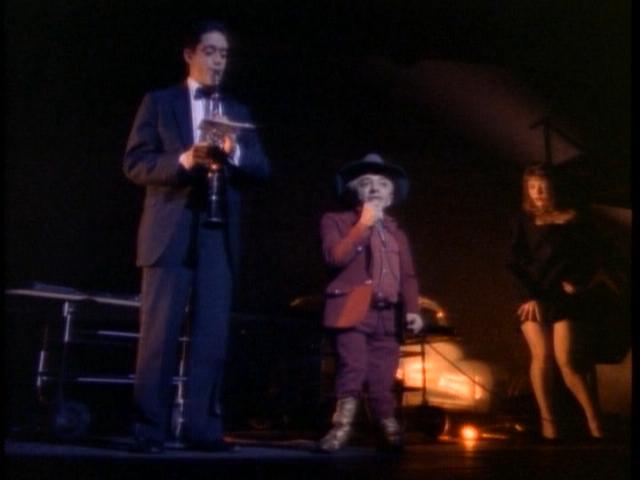 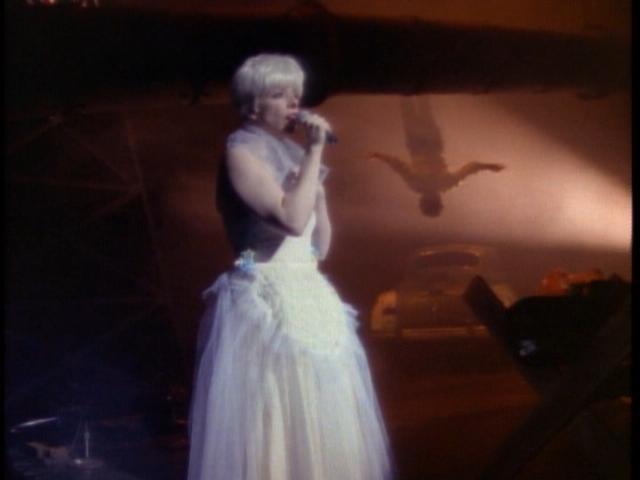 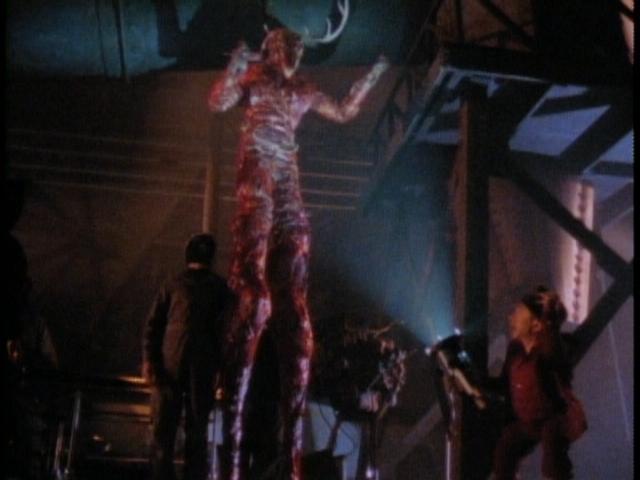 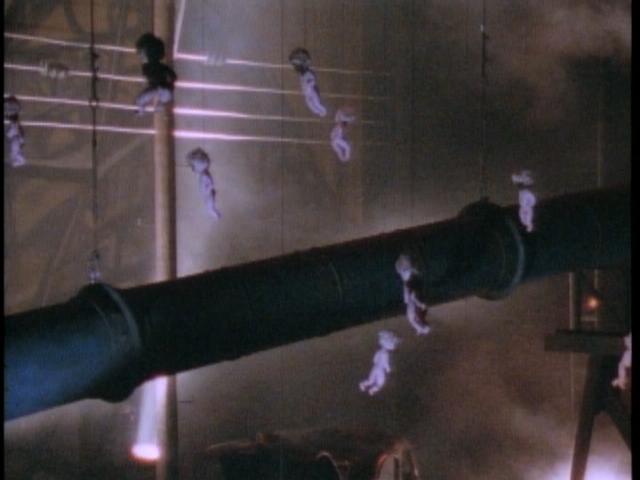 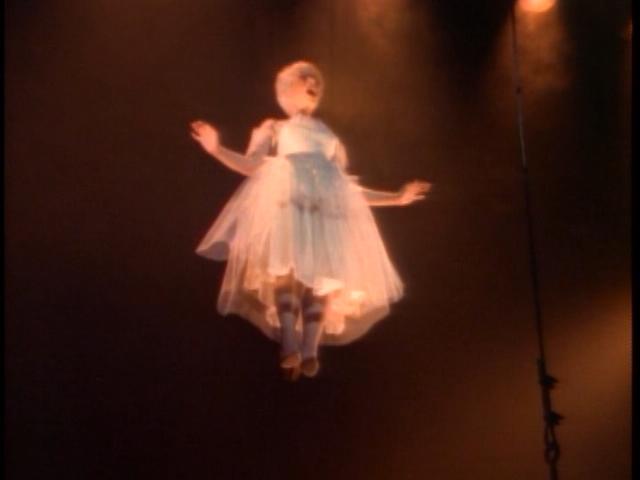