The Sharksploitation genre is the gift that keeps on giving year after year. Once in a while, it’s good to look a gift shark in the mouth - Great White is the latest from the producers of 47 Meters Down, and after a tense start with a good setup for shark carnage the film paddles to a halt. RLJE Films brings the film to Blu-ray with a middling transfer, a decent audio mix, and a slim selection of bonus features. If you’re in need of some shark chomping action, there are better shows out there so paddle carefully. Give It A Rent

Kas (Katrina Bowden) and her boyfriend Charlie (Aaron Jakubenko) run a struggling air tour company. With their one-man crew Benny (Te Kohe Tuhaka), they’ve been chartered to give Michelle (Kimie Tsukakoshi) and her husband Joji (Tim Kano) a tour of Hells Reef. When they discover a dead shark attack victim washed ashore, the tour becomes a rescue mission to find the man’s missing girlfriend. But when their seaplane sinks, the five passengers must figure out a way to survive aboard a liferaft adrift in the current and stalked by two great white sharks. 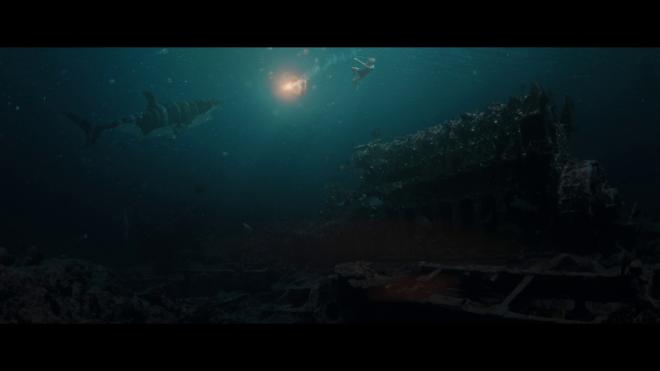 For Great White, I’ll give credit to director Martin Wilson and writer Michael Boughen for taking their time early in the film. We get to know Kas and Charlie. We learn about their relationship, their struggles, and get to know them. We’re invested. Not only that, they set the stakes early with a simple air tour turning into a search and rescue mission adding tension with a couple of great shark horror sequences. But after that first half-hour, Great White turns out to be not so great.

The problem is once everyone gets on that life raft, the stakes don’t feel that big or threatening anymore. It’s five people hanging out in the sun in the open sea. The tension slowly deflates as they try to carefully paddle into the current and then hopefully to land. To the credit of the cast they’re doing their best with this material, but it’s not a lot to work with. This isn’t like Open Water where people are actually exposed to the frigid waters and could be eaten at any moment. Instead, random banal arguments ensue, folks keep falling out of the boat, and eventually, a shark eats one of them. Rinse. Wash. Repeat.

As I watched this I couldn’t get the idea out of my head how much better it would be if the liferaft was already compromised and leaking air? The survivors would then have reason to get back to shore ASAP by any means possible. On top of that - keep the shore relatively within sight so they have a constant goal that could lead to genuine stress and tension and someone making a stupid desperate swim for their lives. Tension! Keep adding it!

Instead, this movie just kinda sits there. Things pick up in the final act, but this sequence is so ridiculous and over the top, it becomes very silly very fast. That’d been fine if the rest of the film hadn’t been played so straight and narrow. The Meg and The Shallows had plenty of goofy moments that pay off. Likewise 47 Meters Down: Uncaged is just a daffy dumb fun movie that somehow magically works. When you suddenly have an underwater battle with flare guns and knives and shipwreck debris that’s so jarring and comically executed, Great White stops being about genuine shark terror.

Why have I given so much time to Great White? Well, the simple answer is I love shark movies. When an old classic like Tintorera or Cruel Jaws hits the market I need to add it to the collection and celebrate its life on disc. When a new theatrical or D2V title like Great White comes along I have to give it shot. Most are pretty bad or so blatantly on the nose stupid you can dismiss it and forget about it. But every now and again you get that toothy gem worth revisiting - like Bait 3-D. I already don’t like to go grocery shopping but the prospect of getting eaten by sharks while shopping for said goods is scary. Or you get a Nerf gun grenade fight like Deep Blue Sea 3! Great White just makes me dislike inflatable paddle boats. And it could have been so much more - the scene where Benny swims into the boat wreck to hopefully find the missing woman alive is great. More of that, please.

Vital Disc Stats: The Blu-ray
Great White arrives on Blu-ray courtesy of RLJE Films. Pressed on a Region A BD-25 disc, the disc is housed in a standard snapper keepcase with an identical slipcover. The disc loads to trailers for other RLJE Films before arriving at a standard menu with traditional navigation options. 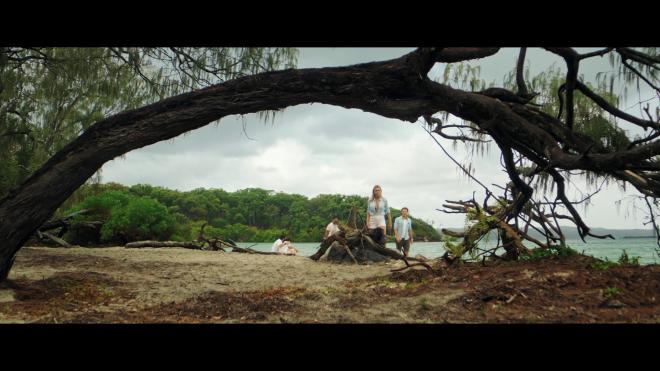 Great White arrives with a sometimes excellent but often frustrating 1080p 2.39:1 transfer. The problem is the severe amount of compression - this transfer rarely caps 22mbps with a low average of about 18-19mbps. During the film’s opening daylight sequence that’s fine - it looks quite good with solid details and bold colors and some amount of image depth. When the show moves into night and was clearly shot in a smokey warehouse, compression artifacts, macroblocking, and some rough black levels really sock it to this one. It becomes a flat smeary mess. The final act picks back up a bit, but the underwater battle scenes only intermittently shine. This transfer is a good enough effort, but it’s far from a stunner. 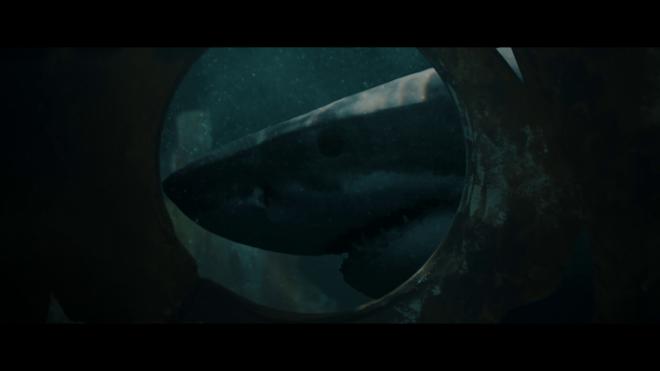 Great White earns some points with a strong DTS-HD MA 5.1 mix. Early on the mix sounds robust with some great atmospherics and surround activity. Once the show moves onto the raft, the soundscape becomes more subtle - lapping waves and paddle splashes that actually work pretty well. There’s some decent object placement giving you a sense that maybe this shark could be behind them or off to the side out of sight. But for big action and shark chomping sequences, it pushes to being a more front/center focused mix. Throughout dialog is clean and clear without issue. The final underwater battle is pretty great sounding with an awesome shark “roar” effect - so look out for that! 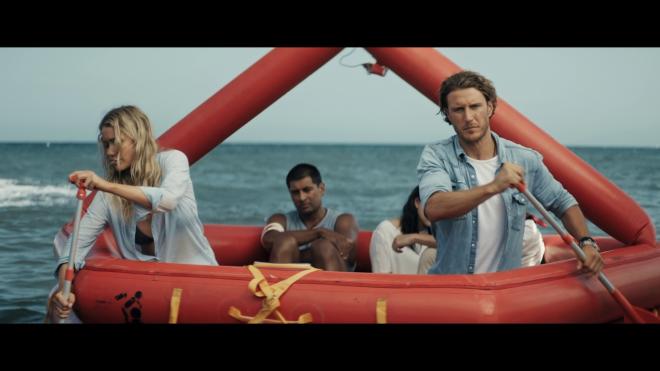 There’s just not a lot of material to sink your teeth into here. The making-of is pretty basic EPK material but does showcase how they pulled off some of their more interesting sequences. The still gallery is just that. 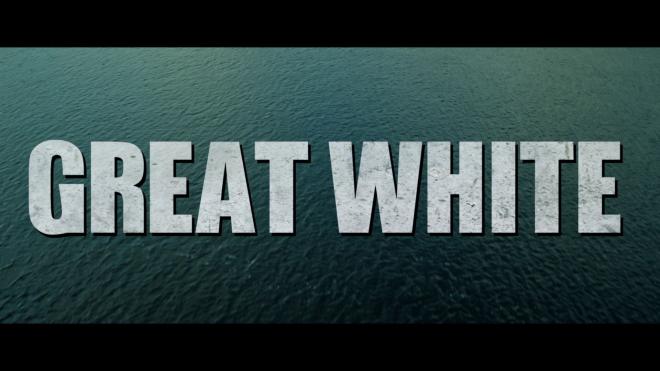 At the end of the day, Great White isn’t a terrible movie, it’s just underwhelming. That’s partly because the opening sequence and the first half-hour or so are really good. But any tension that was carrying the film quickly fades for a very long stretch before reaching its ridiculously entertaining climax. Great White is better than most of what passes for Sharksploitation these days - but just barely. RLJE slips this flick onto Blu-ray with a middling transfer and a decent audio mix, but the bonus features are a nonstarter. If you have Shudder, that’s probably the best way to give this movie a viewing. Give It A Rent first.