The trailblazing Golden Age director Dorothy Arzner paints a devastating portrait of "modern" marriage, unrequited love, and alcoholism in the lyrical, affecting pre-Code drama Merrily We Go to Hell. Arzner's artistry and the superior performances of Sylvia Sidney and Fredric March combine to produce a surprisingly relatable film that still strikes a chord almost 90 years after its premiere. Criterion skimps a bit on supplements, but excellent video and audio transfers distinguish the Blu-ray presentation of this underrated and oft forgotten domestic drama. Recommended.

If Marriage Story had been produced 90 years ago, it might have been called Merrily We Go to Hell. Director Dorothy Arzner's perceptive, often searing snapshot of a troubled union pulls few punches while pushing the boundaries of pre-Code cinema. In an industry built on happy endings and the credo of "love conquers all," this adult drama is a glorious anomaly that dares to opine love isn't always enough to cure the ills of a cancerous relationship or inspire an addict to get clean.

The provocative title playfully and cynically implies marriage is nothing more than a blissfully ignorant - and inevitable - march to perdition. Yet as the film opens, Joan Prentice (Sylvia Sidney), a naive, idealistic heiress, only sees the institution through fairy-tale-colored glasses. She meets adorable alcoholic newspaperman Jerry Corbett (Fredric March) at a penthouse party in New York City and instantly falls victim to his irresistible bad-boy charm. While flirting with her, Jerry readily admits to carrying a blazing torch for his former flame, stage diva Claire Hempstead (Adrianne Allen), telling Joan, "A punch in the nose heals a lot quicker than a hit to the heart."

Foolishly, Joan believes her abiding love will not only make Jerry forget Claire, but also inspire him to stop drinking. She marries Jerry against the wishes of her stern yet adoring father (George Irving), and though all seems to go swimmingly at first (he goes on the wagon and realizes his dream of writing a play), Jerry takes Joan's affection and devotion for granted. He treats her shabbily (to say the very least), yet she continues to indulge and defend him, even after he cozies up again to Claire, who stars in the Broadway production of his play and reintroduces him to the bottle.

Long after most women would have stormed out and gone to divorce court, Joan, at last, becomes fed up with Jerry's inattention and shameless philandering. She retaliates by announcing she plans to have affairs, too. "If being a modern husband gives you privileges," she calmly states, "then being a modern wife gives me privileges." Joan hopes an open marriage will open Jerry's eyes to what he's been missing and make him appreciate what he has, but the endless partying and exhausting mind games only further strain their rocky relationship and "merrily" push it to the breaking point. 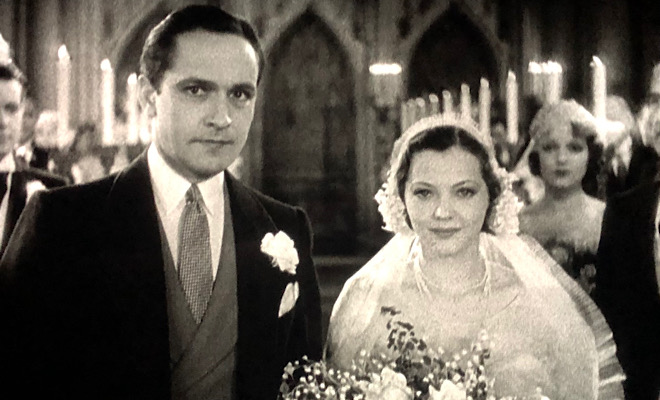 Years before the "women's picture" became a Hollywood genre, Arzner pioneered the feminist film. Her attraction to scripts that featured resilient, smart women who refused to play by a man’s rules or adhere to the constraints of a rigid society allowed her to paint incisive portraits of both inspiring, sympathetic heroines and tough, unlikeable dames who nevertheless earn our grudging respect. Though more adept than her male counterparts at zeroing in on the finer points of romantic relationships, she rarely got to direct the best screenplays because she worked in a chauvinistic era, yet despite the wrongful snubbing, she gave her all to every project, and her artistry often outshines her material.

Arzner also possessed an affinity for actors and was able to consistently wring from them some of their best work. March is Exhibit A. In a performance that would foreshadow his terrific Oscar-nominated portrayal of alcoholic movie star Norman Maine in the original version of A Star Is Born five years later, March - fresh from his Oscar-winning turn as Dr. Jekyll and Mr. Hyde - completely embraces his depsicable character. The esteemed actor oozes charisma, but his thoughtless, often cruel actions cut to the bone. Watching him flaunt an extramarital liaison in his wife's face is especially heartbreaking, yet March never tries to sugarcoat his character's shoddy behavior. He also makes a very believable drunk and creates marvelous chemistry with the equally excellent Sidney.

It's fascinating to witness Sidney's evolution from an adoring, insecure doormat to a sexually emancipated modern woman. Diminutive stature, thin speaking voice, and inherent vulnerability aside, Sidney is a dynamo whose strength and conviction are more than potent enough to carry this film. Contemporary audiences may only remember her performances in such box office hits as Beetlejuice and Damien: Omen II, but Sidney was a major star in the early 1930s and Merrily We Go to Hell stands as one of her finest and most relatable performances. 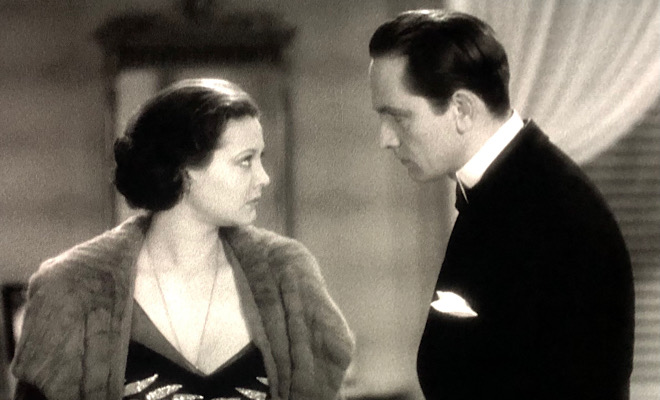 With one exception, the supporting cast isn’t particularly well known, but all file believable and affecting performances. That exception is a still unknown Cary Grant, who’s billed ninth and only appears briefly in a couple of scenes, but projects all the debonair, devil-may-care charm and innate magnetism that would define his screen persona just a few years later. Adrianne Allen really grabs attention as the hoity-toity, unapologetically narcissistic Claire, who manipulates Jerry like a puppet on a string (it’s a shame she only made a handful of pictures during her brief Hollywood career), and George Irving also makes a solid impression as Joan’s over-protective, disapproving, yet intensely devoted father.

Merrily We Go to Hell (you gotta love that title!) reminds us yet again how hip and frank pre-Code films can be. Though the sappy ending is a bit of a letdown, the movie keeps us guessing until the final moments and remains involving and often fascinating throughout. Superior performances, adroit direction, and an adult script always yield great rewards, and maybe that's why this little-known, underrated drama still rings true almost 90 years after it first premiered...and deserves to be seen today. 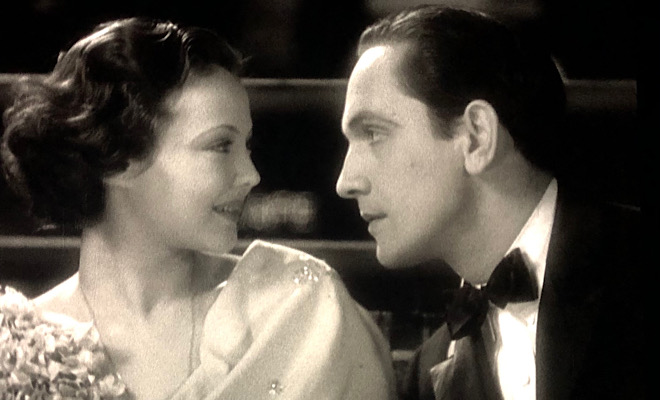 Vital Disc Stats: The Blu-ray
Merrily We Go to Hell arrives on Blu-ray packaged in a standard Criterion case. An eight-page fold-out booklet  that includes an essay by Arzner biographer Judith Mayne, a cast and crew listing, and transfer notes is tucked inside the front cover. (Sadly, no photos are included.) Video codec is 1080p/AVC MPEG-4 and audio is LPCM mono. Once the disc is inserted into the player, the static menu with music immediately pops up; no previews or promos precede it.

According to the liner notes, "this new digital transfer was created in 4K resolution...from a 35 mm composite duplicate negative," and the results exceed expectations. The 1080p/AVC MPEG-4 rendering exhibits a fair amount of grain - typical of early 1930s movies - but it never overwhelms the image. On the contrary, it enhances the film-like feel of this antique. Excellent clarity and contrast, solid black levels, bright whites, and beautifully graded grays produce a lovely picture that draws the viewer into this intimate drama and showcases the elegant cinematography of David Abel, who shot several Astaire-Rogers musicals. Background details are easy to discern, close-ups highlight fine facial features well, and only a few errant specks mar the pristine source material. Thanks to Criterion, Arzner's artistry captures our full attention and this often overlooked gem sparkles like never before.

The LPCM mono track was remastered from a 35 mm optical track and supplies good-quality sound, especially when factoring in the primitive recording equipment used at the time. Dialogue is the star of this film, and all the conversations are clear and easy to comprehend. The incidental music sounds a bit thin, but that's typical for films of this vintage, and the few sonic accents that crop up wield appropriate impact (the crash of the kitchen tray on the floor is especially effective). Though some faint surface noise remains, it's only noticeable during silences and never distracts from the drama on screen.

Criterion skimps a bit on extras for this release, but the included material is typically classy, insightful, and well worth checking out.

A searing portrait of a troubled marriage and one woman's brash, last-ditch effort to save it, Merrily We Go to Hell showcases the talents of director Dorothy Arzner and actors Sylvia Sidney and Fredric March. The riveting pre-Code drama pulls few punches and remains surprisingly relatable almost 90 years after its premiere. Excellent transfers and a couple of absorbing extras distinguish Criterion's Blu-ray presentation, which brings a long-neglected film back into the spotlight. Recommended.