Marriage Story follows the demise of one couple's love and marriage as they both try and adjust to a new life with astonishing performances by Adam Driver and Scarlett Johansson. Filmmaker Noah Baumbach knocked it out of the park with this film. Criterion gave this a new 1080p HD transfer that was sourced in 4K and a DTS-HD 5.1 audio track. The bonus features are a joy to watch. Highly Recommended! 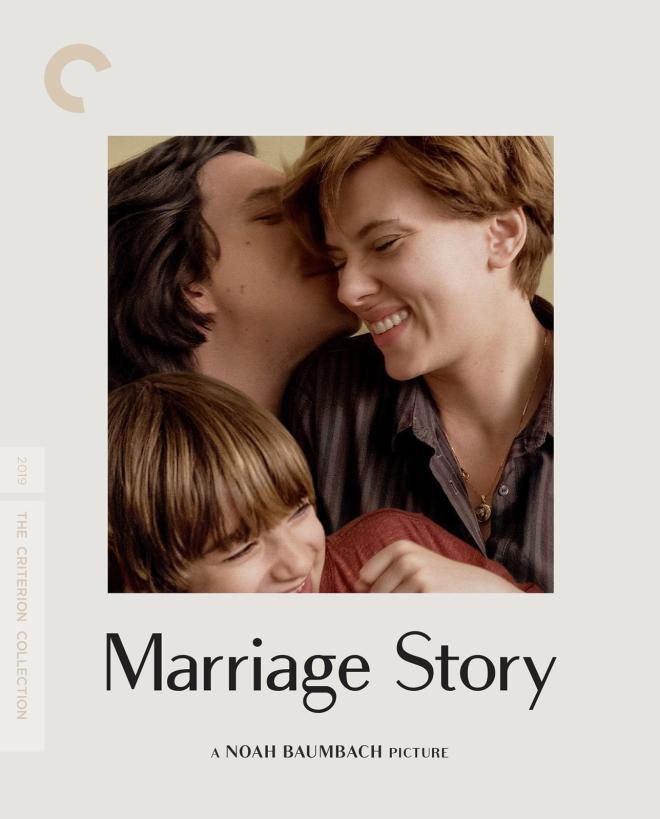 Noah Baumbach has etched aspects of his life into his body of work from The Squid and The Whale to The Meyerowitz Stories with his unique brand of dry comedy and intense drama that mixes perfectly well together as shown in The Life Aquatic With Steve Zissou and The Fantastic Mr. Fox. As Baumbach has tackled the subject of divorce before in his previous films, he takes it a step further by showcasing the complete destruction and resolution of a once happy couple, Charlie and Nicole (Adam Driver and Scarlett Johansson respectively) in Marriage Story.

The story structure doesn't follow a typical narrative, but rather flows back and forth between the separated duo as they try and navigate divorce in America and gaining custody of their son Henry. This is not a particularly combative or argumentative movie where the two leads constantly hurl insults at one another and try to cause emotional harm and pain. On the contrary, Marriage Story is more about the process and acceptance of the inevitable fate of a once shared love between two people and how each person deals with it in their own way, while shining a light on how a divorce can quickly turn ugly at the hands of lawyers, courts, and judges.

The film follows Charlie and Nicole, a happy couple with their son living in New York City. Charlie is a successful theatre director with the biggest opportunity of his career that will spotlight him on Broadway. Nicole is a former teen movie star from Los Angeles who now lives with Charlie in New York City and has become an actress on stage, usually starring in his directed efforts. As the story starts, the two narrate the best things about their spouses, detailing the little peccadillos, quirks, and charming traits they like about the other. When Nicole receives an offer to star in a TV show in LA, she decides to move out there and serve Charlie divorce papers, which has been a long time coming.

At first, the two amicably agree to divorce and will make things work across the country with their son. But when Nicole hires a wolf in sheep's clothing of a divorce attorney named Nora (Laura Dern) things nose dive fast as Nora persuades Nicole to not go quietly into that good night. Charlie is caught off guard by the malicious attacks, orders, and arrangements that he has to find a lawyer for himself, a decent easy-going lawyer (Alan Alda), and the virtual opposite of that who will do anything to take down their opponent (Ray Liotta). Ast time goes on, Charlie and Nicole grow further apart and must figure out where it all went wrong by finding the flaws in themselves that contributed to the breakup that culminates in a fantastic meltdown between the couple that is all too real.

Baumbach flawlessly weaves in and out of the legal dragstrip that reveals just how dehumanizing a divorce can be when left up to vicious lawyers who pretend to care, stripping away sacred secrets and what's left of any feeling that makes someone human. There's a real honesty that Bambauch gives insight to in these proceedings that contribute to all the genuine emotions and dialogue that emote on screen. Driver and Johansson are pitch-perfect here as a couple once in love. Johansson shows her struggle in trying to find her true self while keeping it together for her kid and revealing her frustration of being neglected for so long. On the other hand, Driver gives the performance of his career thus far as he tries reluctantly to go with the flow for the first time in his life and not be in control and realizing the neglect of his favorite person in the world. His ability to be soft-spoken or yell loudly on a dime is uncanny.

Marriage Story is a remarkable drama about the dissolution of love, told in a unique way that showcases both sides and its horrible legal ramifications. There's a bright spot to this sad tale though and some much needed dry humor along the way that makes this a true gem in storytelling.

Marriage Story files to 1080p HD Blu-ray from Criterion with a new 4K master with spine #1038. The disc is housed in a fully illustrated cardboard case with two pockets that have two reprints of the original notes written by Charlie and Nicole, along with a Criterion booklet. The case is housed in a cardboard sleeve with a photograph of the smiling family. 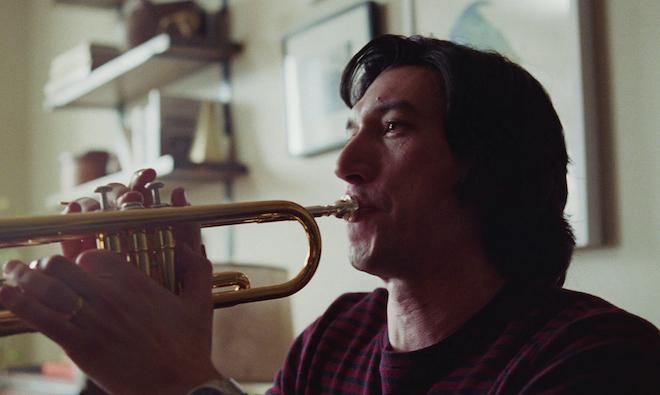 Marriage Story comes with a great 1080p HD transfer in 1.66:1 aspect ratio from Criterion. According to the booklet inside, this is a new digital transfer that was created in 4K resolution from the original 35mm camera negative. The color palette is bold and rich that often contrasts nicely with the East Coast and West Coast. When in New York, the colder colors are prominent of darkly lit interiors and gloomier exterior shots of the cityscape that tend to have a visually decayed look. But once in sunny Los Angeles, bright greens, blues, and warmer colors show themselves with ease that evokes a happier tone on the surface.

Tonally and visually, most of the film has a muted color palette inside law offices or blank apartments. A few instances of color do stand out, such as the Halloween sequence that showcases a bright array of primary colors. Black levels are deep and inky throughout and the skin tones are always natural in all lighting conditions. The detail is vivid and sharp too, revealing all of the subtle makeup on the actor's faces, individual freckles, facial pores, and hair stubble nicely. Textures in the suits, wardrobe, and other sets look astonishing as well. There's a wonderful layer of grain added as well that gives the movie a fantastic filmic look and visual depth. Lastly, there were visible problems that popped up either. 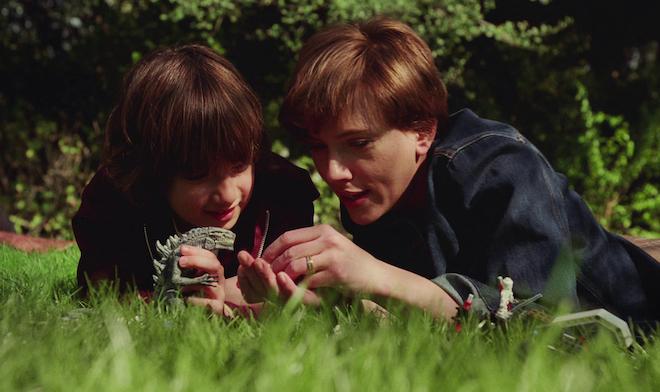 This release comes with a lossless DTS-HD MA 5.1 audio track that is a delight to listen to. Most of the track is front heavy with only dialogue serving as the main source of the sound, which is always well-balanced and robust. There are a few instances when the surrounds pick up, such as at large gatherings in law offices or restaurants where the surrounds and rear speakers come into frame.

The score of the film always adds to the emotional tone of each scene with a smooth line of bass creeping in as well. Other ambient noises such as other people talking in the city or vehicles driving by all have a wonderful sound to them. Dialogue is crystal clear and easy to follow and free of any issues. 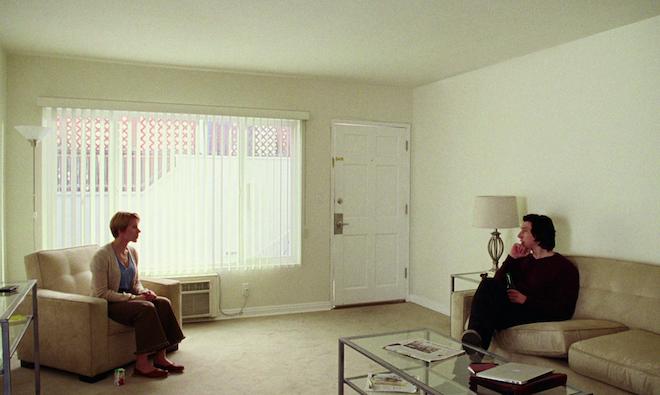 There are roughly 172 minutes of bonus features, including new interviews with virtually the entire cast and crew, some info on the music, and a ton of wonderful on set footage of everyone working on the film. Â These are a must-see for fans of the magic of cinema. 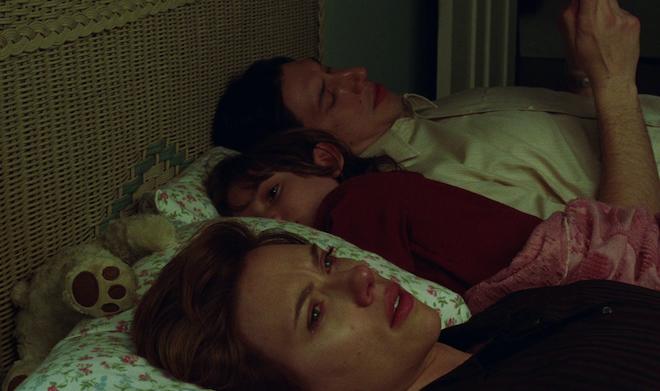 Marriage Story is one of the best films about a relationship and its ultimate demise. It's full of honesty, happiness, extreme sadness, anger, and losing control. The actors and director all turned in exquisite performances with a phenomenal screenplay. The new video transfer is outstanding and the simple audio track is worthwhile. The bonus features are all next-level good. Highly Recommended!