Robert Mitchum, Janet Leigh, and Wendell Corey light up the screen like a Christmas tree in Holiday Affair, a delightful romantic comedy laced with humor, heart, and a heaping helping of seasonal spirit. The story of a young widowed mother pursued by two eligible and attractive men may seem trite, but Don Hartman's breezy direction and an array of bright performances elevate this little-known film and make it highly worthy of a Yuletide spin. A brand new HD master, solid audio, and a vintage radio adaptation distinguish Warner Archive's Blu-ray presentation, which ties up this charming movie with a festive bow. Recommended.

I've seen dozens of Yuletide-themed movies over the years, but somehow Holiday Affair forever flew under my radar. I always missed director Don Hartman's low-budget romcom when it aired on TCM, so was excited to finally check it out when the disc arrived on my doorstep earlier this month. I wasn't expecting much, but was pleasantly surprised by this unassuming yet slickly produced film that takes us through Christmas and ends on a hopeful New Year's note. (Don't we all need that right now?!) Though it can't compete with such bona fide classics as It's a Wonderful Life and Miracle on 34th Street, Holiday Affair supplies plenty of seasonal cheer and features a quartet of winning performances. The story may not be fresh, but Hartman infuses it with enough energy, spirit, and warmth to keep us involved for a breezy 87 minutes.

A young, radiant, and utterly appealing Janet Leigh stars as Connie Ennis, a war widow who works as a "comparison shopper" for a Manhattan department store and lives in a modest flat with her precocious six-year-old son Timmy (Gordon Gebert). She's been dating upstanding, nice-guy attorney Carl Davis (Wendell Corey) for a couple of years, but is reluctant to marry him because - though she's loath to admit it - she's never quite gotten over her husband's death.

Connie meets hunky toy salesman Steve Mason (Robert Mitchum) while scoping his store's merchandise, but when her undercover shopping tactics get him fired, a mutual attachment develops. Their whirlwind "holiday affair" may be innocent, but it complicates her relationship with Carl. Torn between two lovers, Connie often - to quote the 1970s song - feels like a fool, but has to decide whether to choose security and stability with Carl over romance and an unpredictable future with a man she's just met. 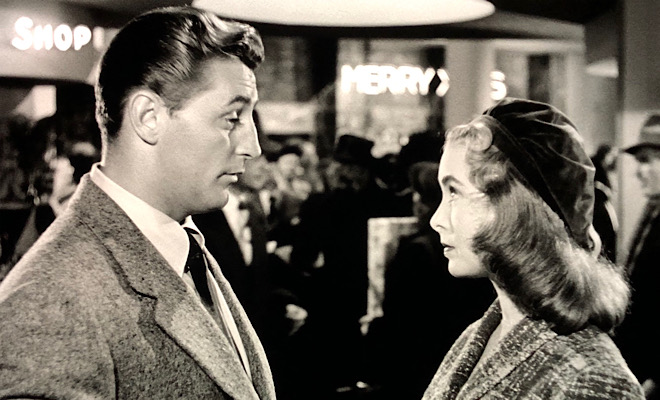 Written by Isobel Lennart, who would nab Oscar nods for her screenplays for Love Me or Leave Me and The Sundowners, Holiday Affair deftly weaves comedy and sentiment into a tightly woven triangle tale that keeps us guessing until the end. Both Carl and Steve are affable, forthright guys who love Connie and would make terrific husbands and stepfathers, so we're as perplexed as she is when it comes to rooting for one or the other to win her favor. The outcome isn't ever really in doubt, but Lennart does a fine job stringing everyone along until the romantic denouement.

With its department store/Big Apple setting, cute-as-a-button yet spunky kid, and conflicted heroine who must be cajoled into falling in love again, Holiday Affair often recalls Miracle on 34th Street. (There's even a brief courtroom scene.) Yet without Kris Kringle in the mix, the film never rises above standard fare. Hartman, who made his name as a writer and would direct only five films before leaving the industry two years after Holiday Affair was released, keeps the pacing brisk and fosters an infectious sense of fun, but the lightweight material makes it tough for the movie to eclipse more noteworthy entries in its very cluttered genre.

Holiday Affair supplied Mitchum with a change-of-pace role designed to soften his hard-boiled image after a recent headline-grabbing marijuana conviction. (The actor served almost two months in prison for possession in early 1949, but the conviction was overturned in 1951 after his arrest was exposed as a setup.) Accustomed to playing tough guys in a number of film noirs and westerns, Mitchum smoothly adapts to this more jovial part, exuding an easygoing charm and creating palpable chemistry with the 22-year-old Leigh. Though comedy would never really be his bag, Mitchum asserts himself well and proves just how versatile a leading man he could be. 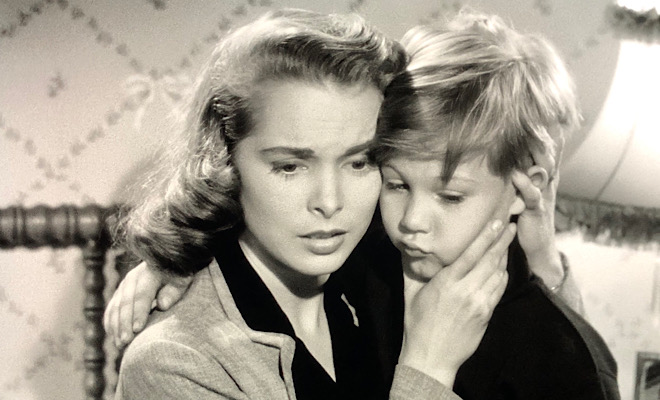 Reportedly, billionaire Howard Hughes, who had recently purchased RKO-Radio studios, became obsessed with Leigh shortly after meeting her, and he made sure Hartman properly showcased the young actress, who was just beginning to be cast in lead roles. Sincere, perky, warm, and sexy (her tight sweaters would gain as much notoriety as her performance), Leigh carries the film, injecting authenticity into the tried-and-true plot. Her accomplished performance allows us to envision her with either Mitchum or Corey, thus creating a Casablanca-like triangle that's crucial to the movie's success.

The always underrated Corey excels as well in a tricky part. (Every time I see Corey, my respect and admiration for him grows.) Gebert, unlike many child actors, is both adorable and natural as the impossible-to-resist Timmy, and classic TV fans will enjoy spotting Harry Morgan (billed here as Henry) in a hilarious bit as a nonplussed police lieutenant.

Holiday Affair might not gain a permanent slot in my holiday viewing rotation, but it's a film I'll definitely revisit more than once in the years to come. Sweet but not cloying, romantic but not syrupy, and laced with ribbons of Christmas spirit, this delightful movie hits the spot like a cozy cup of cocoa on a cold winter evening. So light the fire, turn on the tree, snuggle up with someone you love, and enjoy. 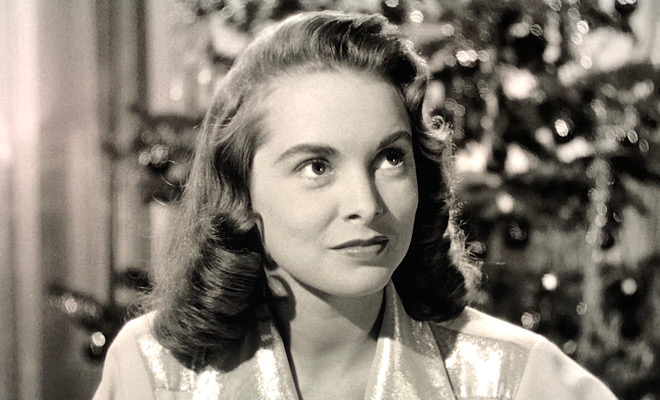 Holiday Affair arrives on Blu-ray packaged in a standard case. Video codec is 1080p/AVC MPEG-4 and audio is DTS-HD Master Audio 2.0. Once the disc is inserted into the player, the static menu without music immediately pops up; no previews or promos precede it.

A brand new HD master spruces up this 71-year-old movie and yields a slick, vibrant 1080p/AVC MPEG-4 transfer that faithfully honors Milton Krasner's cinematography. Pleasing clarity and contrast produce a beautifully contoured image that maintains the look and feel of celluloid, thanks to a healthy degree of grain. Rich blacks, bright whites, and nicely varied grays enhance the picture and heighten depth and detail levels, while good shadow delineation keeps crush at bay. 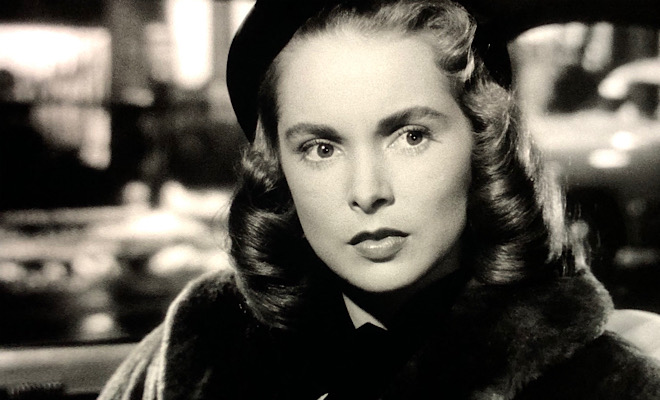 Sharp close-ups flatter Mitchum, Leigh, and Corey, and though some scenes appear softer and grainier than others and a couple of shots look a bit rough, the overall presentation remains remarkably consistent throughout. No nicks, marks, or scratches dot the print, and no digital anomalies intrude. This is another first-class effort from Warner Archive that rejuvenates and preserves a time-honored classic.

The DTS-HD Master Audio 2.0 mono track supplies clear, well-balanced sound that's free of any age-related hiss, pops, or crackle. Excellent fidelity enhances Roy Webb's spirited music score, allowing it to easily fill the room. A wide dynamic scale embraces all of its highs and lows without any distortion, and all the dialogue is well prioritized and easy to comprehend. Sonic accents may come at a premium, but this is still a quality track that perfectly complements the on-screen action.

In addition to the film's two-minute original theatrical trailer, the only extra is a 60-minute vintage radio adaptation of Holiday Affair that was broadcast on December 18, 1950 as part of the long-running Lux Radio Theater series. Mitchum and young Gordon Gebert reprise their film roles, but Laraine Day steps in for Janet Leigh. This truncated version faithfully follows the original plot, there's some fun post-show banter between the stars (I never knew Day was married for 13 years to New York Giants manager Leo Durocher), and the audio quality is excellent.

Holiday Affair may be a lesser-known Christmas film, but this modest romance about a young war widow who must choose between two eligible and attractive suitors spreads plenty of yuletide cheer. Robert Mitchum, Janet Leigh, and Wendell Corey shine in this trite but delightful comedy that deftly mixes humor with heart and renews our faith in love. A brand new HD master perks up Warner Archive's Blu-ray presentation that also includes solid audio and a vintage radio adaptation. Recommended.