Overview - Rick Blaine owns a nightclub in Casablanca during World War II. Ilsa, a woman Rick was once in love with when he lived in Paris and never quite got over, walks into his nightclub. She’s in town with her husband, Victor Laszlo, a resistance leader with Nazis hot on his trail.
OVERALL
Highly Recommended

'Casablanca' is more than a classic. It's an institution. It contains so many famous lines, characters and scenes that even those who have never seen it feel like they have by sheer osmosis; it is that ingrained in our shared cinematic consciousness.

The iconic moments from Michael Curtiz's 1942 masterwork are what cineastes remember most -- "We'll always have Paris," "Here's looking at you, kid" -- but what continues to startle, sixty years on, is just how well constructed and eminently watchable 'Casablanca' is. Yes, the famous parts are justifiably classic examples of writing, directing, performance, and editing, but check out all that lies between the film's obvious masterstrokes: Curtiz's subtle use of camera movement, the expressive melancholia of Max Steiner's musical score, Claude Rains' shady but lovable turn as Ingrid Bergman's would-be suitor -- these may not be the moments that continue to get spoofed on retrospective TV specials and American Express commercials, but they do confirm that it is impossible to imagine ever getting tired of watching 'Casablanca.'

Bergman and Humphrey Bogart deserve a lot of credit for the success of the film, for it is their indelible chemistry that continues to send hearts soaring six decades on. Never has emotional pathos and barely contained physical longing been so eloquently apparent. And when they have to say good-bye to each other at the end of the film? There is not a dry eye in the house.

'Casablanca' is more than just a movie; it is also a place, and a state of mind. Its misty, darkly-lit streets and haunted piano bars remain figments of our lost dreams, and glimmers of our future hopes. Bogart and Bergman have, despite changing tastes, fads and fashions, remained our romantic ideal, the perfect pair of lovers who must -- as fate decrees -- part for now, but perhaps not forever. It is one of those rare movie moments when all of the planets aligned perfectly, to capture the pure essence of human fragility, love and longing in a single, iconic shot. It may be a predictable choice for Best Movie of All-Time, but 'Casablanca' really is that good, that important and that seminal.

'Casablanca' 70th Anniversary Edition arrives on Blu-ray in a 3-disc set (2 BD50s and 1 DVD) in a large box (akin to the 'The Wizard of Oz' 70th Anniversary Ultimate Collector's Edition) that includes a 1942 French Theatrical Mini-Poster, a 60-Page Photo Book (with Production Notes, Rare Set Drawings, and Behind-the-Scenes Photos), and 4 Drink Coasters in a Keepsake Box. The two Blu-ray Discs do not appear to be Region Locked, but the DVD is Region 1. 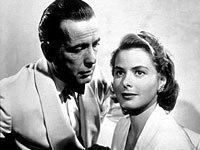 According to its packaging, 'Casablanca' has an all-new 4K scan and remaaster, which results in this 1080p/AVC-MPEG 4 encoded Blu-ray, framed at 1.37:1. The previous remaster was done in 2003 and used for the HD-DVD and Blu-ray releases, both of which received 5 Star ratings.

Having toured Warner Bros. Home Entertainment for the 'Wizard of Oz' Blu-ray, I can personally say how much these people love the classics in their catalog, and how much care goes into remastering and preservation. But how does this new Blu-ray differ? Did Warners Home Video top themselves? Is it worth buying again?

Yes and no. For many, the previous version will remain good enough (Mr. Bracke called it "the the finest black and white transfer I've seen on high-def, period, and up there with the best remasters ever created for the home theater environment."). And yet I would argue this 4K scan made the film grain finer and even more filmic, and that the contrast range has improved, bringing to life some details lost in previously crushed blacks. But is this holy-crap-it-blows-the-previous-remaster-out-of-the-water good? I don't think most will be able to tell, save for the slight difference in brightness levels. Some might even prefer the previous version.

This new release has a lot to love about it, though. It features abundant resolution that, while soft compared to modern films, is a sight to behold. For the first few minutes, I kept thinking there was something horribly wrong with the transfer, until I released I was seeing wafting cigarette smoke (something I had never seen this clearly before). Black levels are inky, and save for a few night scenes dripping in shadow, never crush. Shadow detail is exquisite, bringing out people and props, allowing the noir style cinematography to shine. All the light and darkness, and the entire grayscale in between, make for very complicated and richly detailed shot compositions, which drag your eye forwards and backwards in every frame.

Film grain lovers rejoice; this is like watching the film on celluloid projected on the silver screen. There are no signs of noise reduction or artificial sharpening. What we see is what we get. And I was unable to find any blemishes (except for the B-roll footage of the war and some locations); no rips, tears, or scratches.

In terms of the star rating, I'm torn. As I said above, previous release was given 5-stars by Mr. Bracke, and this one is just as good, if not noticeably improved in terms of grayscale and shadow detail, and yet I normally reserve my 5-star video ratings for the type of perfection only possible with Pixar movies. So what to do?

In deference to Mr. Bracke, I'm going to log this as 5 Stars, but would most likely, in a vacuum, rate it a high 4.5. 'Casablanca' is 70 years old and, thanks to the preservation efforts of Warner Bros., looks as good now as it did upon its original release. 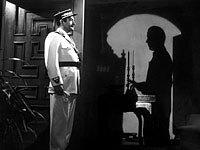 For the first time on home video, 'Casablanca' receives a lossless soundtrack, in the form of English DTS-HD MA 1.0.

Like the video, I don't think there's dramatic improvement over the previous lossy Dolby Digital tracks. With a film this old, there's only so much one can squeak out of the original elements, which still clip when pushed as far as they can go (the dueling national anthem scene, for instance). That being said, 'Casablanca' sounds terrific. Other than some minor tape hiss, this film has a surprising amount of clarity and range. Dialog is crisp. The music is full, with highs fairing best. Midrange seems a little squashed (again, when pushed), and though there's nothing guttural in terms of LFE, low end muscial notes had a little more bass than I remembered.

The biggest improvement comes in sound effects -- dice dropping, clinking glasses, footsteps, the fluttering of envelops and other papers. They all seemed alive and present in a way I've never noticed before.

For a 70 year old mono experience, 'Casablanca' sounds about as good as it can. Though not leaps and bounds better than the previous lossy soundtracks, this lossless DTS-HD Master Audio track really allows the original elements to breath, highlighting smaller details I've never fully appreciated. 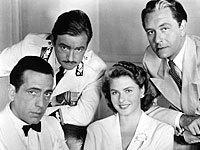 Dropping for the third time in high definition, 'Casablanca' 70th Anniversary Edition is loaded with more special features than ever before, including most of the content from the previous 2003 DVD, 2007 HD-DVD, and 2008 Blu-ray. The only thing that I found missing is the Production History and/or Research Gallery, which was an archive of studio memos, rare production documents, still photos and publicity materials. If you have a previous version of the film, and like looking through those materials, you'll need to hang onto it. Otherwise, Warner Bros. Home Entertainment has added even more to the 'Casablanca' on home video cannon, making what was already highly rated in terms of special features that much better. And if that weren't enough there's the second Blu-ray disc, which has three documentaries that run a combined 7 hours. 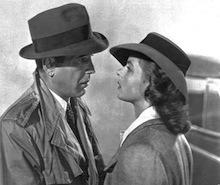 'Casablanca' is one of the best movies ever made, a film that improves with each viewing. A true classic. Because of this status, it finds its way onto home video every few years, which leaves us with the question: is the 70th Anniversary Edition worth it?

That depends. On the surface, this is an excellent, albeit bulky, release. If you haven't picked up 'Casablanca' in high definition yet, then you'll be enthralled by the reference video, clean audio, and hours upon hours of old and new special features. Even the physical materials -- the book and poster and drink coasters -- are fun. For those who own previous HD 'Casablanca' releases, this complete package might be the main reason you want to grab this.

However, if the extra cost, over what will more than likely be a single-disc release in the next year or so, seems a bit pricy, you'll probably want to hold off. And, while there are some noticeable improvements over the previous HD releases, I doubt the differences will blow many minds.

'Casablanca' remains Highly Recommended in any package; it's up to you whether or not you need this version.

Sale Price 40.35
List Price 44.47
Buy Now
3rd Party 68.99
In Stock.
See what people are saying about this story or others
See Comments in Forum
Previous Next
Pre-Orders
Tomorrow's latest releases