An understated, intriguing, and often overlooked film noir that contains one of Charles Laughton's most nuanced performances, The Suspect paints a sympathetic portrait of a quiet man who's driven to murder by his emasculating wife. Director Robert Siodmak's absorbing character study may lack the flash of some of his better known movies, but remains a noteworthy work that still casts a potent spell more than 75 years after its premiere. A brand new 2K master boosts the appeal of Kino's Blu-ray release, which also includes solid lossless audio and an informative commentary track. Recommended.

Charles Laughton is best known for big, blustery, unabashedly showy performances in such classic flicks as Mutiny on the Bounty, The Hunchback of Notre Dame, Witness for the Prosecution, and Spartacus, but one of his finest portrayals is surprisingly - and uncharacteristically - subtle. In The Suspect, director Robert Siodmak's sedate, atmospheric film noir about a mild-mannered man who kills his shrewish wife, Laughton doesn't chew the scenery, he just occasionally nibbles at it, and his masterful, understated work makes this absorbing character study all the more effective.

Middle-class businessman Philip Marshall (Laughton) lives a seemingly quiet life in a modest flat in 1902 London, but the tranquility outside belies the volatility inside between Philip and his sniping, domineering wife Cora (Rosalind Ivan). When Cora's rants and insults drive away their twentysomething son John (Dean Harens), Philip moves into his vacated bedroom, inciting further disdain and tirades from his outraged wife.

Tensions escalate after Philip befriends the lovely, much younger Mary Gray (Ella Raines), who he meets by chance when she applies for a job at his firm. The sweet, sensitive, fun-loving Mary supplies much-needed oxygen to Philip's asphyxiating existence - as well as the warmth and tenderness Cora has mercilessly withheld over the years - and he quickly falls in love with her. Much to his amazement, Mary returns his affection, but when Cora finds out about their illicit yet innocent meetings, she not only refuses to grant Philip a divorce, she also threatens to ruin them both by exposing their relationship. That's when the bullied and abused Philip finally decides enough is enough. 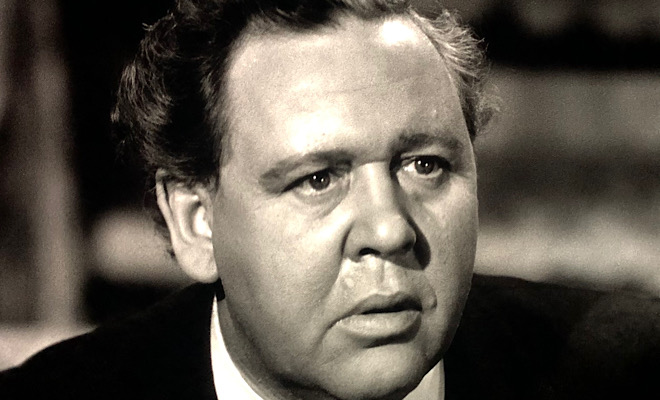 Cut to the reception following Cora's funeral. Her death from a tumble down the stairs appears to be an accident, but Inspector Huxley (Stanley Ridges) suspects Philip engineered it. Finding evidence, though, is tricky, and as the story progresses, a few twists and turns force Philip to reluctantly make more dark decisions.

The Suspect stands as a rather unique film noir because there's zero on-screen violence and the killer is the story's most sympathetic character. Those who die by his hand deserve their grisly fate, and Philip only resorts to such desperate actions to spare others undue harm. Yes, he also benefits from his crimes, but never relishes his dirty deeds. Murder, to him, is simply a necessary means to rid the world of brutal people who inflict physical and psychological harm and get a twisted kick out of doing so.

Most noirs feature strapping, scruffy, cocky heroes with a macho swagger and wisecracks to spare, which makes Philip's portly, pudgy-faced appearance and unassuming, solicitous demeanor a true anomaly. As the film opens, he's the last person anyone would think capable of murder or, stranger still, winning the affection of someone as lovely and wholesome as Mary. It's certainly an odd attraction from Mary's standpoint, but it's refreshing and heartening to see an attractive woman in a Golden Age Hollywood movie genuinely fall for a kind, caring man regardless of his homely appearance and chubby physique. 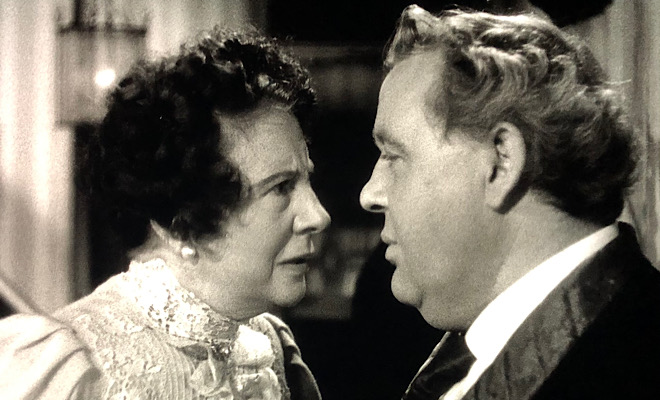 Laughton approaches the role with just the right mix of stiff-upper-lip British grace and seething intensity. From the get-go, we know Philip is a good man with a strong moral compass who deeply loves his son, but we also feel the angst and resentment churning inside him and watch with fascination as it rises to a fever pitch. Laughton navigates the tricky terrain with aplomb, and lends the tale a delicious sense of irony and melancholy during its final minutes. Rarely did Laughton get the opportunity to play "normal" parts, and his ability to suppress his own larger-than-life personality and embrace Philip's mundane, everyman characteristics is impressive.

Recognizable, but not particularly well known actors fill out the rest of the cast, and their lack of notoriety allows them to disappear inside their roles and craft authentic portrayals. Siodmak, an accomplished noir director best known for such classic fare as The Spiral Staircase, The Killers, Criss Cross, and The File on Thelma Jordon, fashions just the right mood as he weaves together period atmosphere, finely etched character portraits, narrative subtleties, and undercurrents of suspense. Though his nuanced style lacks flash, Siodmak consistently delivers the goods, and he's in top form here.

The Suspect has flown under the radar for decades because it's difficult to categorize, but that's no reason to ignore this beautifully directed, intelligently written, and well-acted film. Some thought-provoking themes also swirl around this probing character study that exposes a refreshingly different side of one of cinema's most mesmerizing stars. I'm glad I finally discovered The Suspect, and I suspect you'll enjoy it, too. 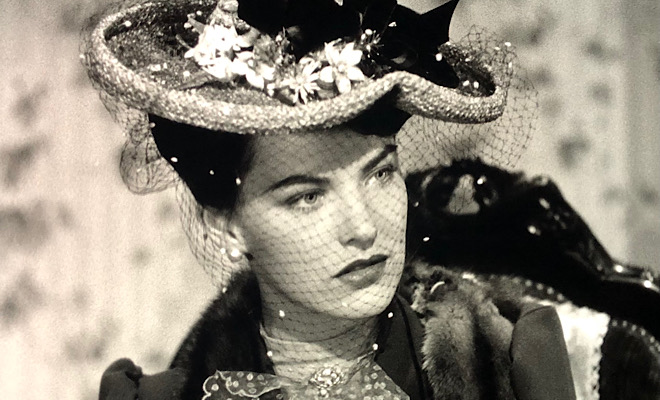 The Suspect arrives on Blu-ray packaged in a standard case. Video codec is 1080p/AVC MPEG-4 and audio is DTS-HD Master Audio 2.0 mono. Once the disc is inserted into the player, the static menu with music immediately pops up; no previews items or promos precede it.

A brand new 2K master yields a vibrant, very pleasing 1080p/AVC MPEG-4 transfer that faithfully honors Paul Ivano's noirish cinematography. Most scenes flaunt a lovely film-like feel, and though grain levels fluctuate, they never unduly intrude. Rich, deep blacks anchor the image, bright whites resist blooming, and a varied gray scale enhances depth. Shadow delineation is generally good, but crush occasionally creeps in. Sharp close-ups highlight the folds of Laughton's plump face and showcase Raines' striking glamor, and while some scenes are softer than others and faint vertical lines frequently plague the print, the excellent contrast and clarity on display make it difficult to imagine The Suspect looking any better than it does here. This is far from a perfect transfer, but fans of the film should be more than pleased with this quality presentation.

The Suspect is largely a quiet, dialogue-driven film, so don't expect any fireworks from the DTS-HD Master Audio 2.0 mono track that's largely bereft of any age-related hiss, pops, and crackle. Clear, well-modulated sound brings the sedate scenes to life while a wide dynamic scale handles all the swelling strains of Frank Skinner's unobtrusive music score without a hint of distortion. All the exchanges, especially the fiery ones between Laughton and Ivan, are easy to comprehend (Laughton's diction is impeccable, as always), and subtle accents like horse hooves and footsteps are crisply rendered.

In addition to a few trailers for other Kino Lorber Studio Classics releases, the only extra on the disc is an audio commentary by film writer Troy Howarth. Howarth dutifully supplies brief cast and crew bios in an affable manner while analyzing the plot and characters, but doesn't share many production details. He also discusses the film's treatment of domestic abuse, which was not often depicted during that period, debates whether The Suspect really is a film noir, praises the cinematography and music score, and talks at length about Laughton and Siodmak. More insight into The Suspect itself would have been nice, but this is a solid track nonetheless.

A quiet film noir that spotlights character instead of violence and intrigue, The Suspect stands as a probing study of a henpecked husband who reaches the breaking point and decides to take control of his life. Charles Laughton gives a memorable, understated performance in this absorbing tale that makes us ponder the true meaning of "justifiable homicide." Excellent work from a fine supporting cast and Siodmak's superior direction also distinguish this often overlooked suspense yarn that's been revitalized by a brand new 2K master and solid lossless audio. If you're a lover of Laughton, I suspect The Suspect will further enhance your respect for one of the great actors of Hollywood's Golden Age. Recommended.