An influential, utterly delightful musical that never quite gets the respect it deserves, Love Me Tonight features a memorable Rodgers and Hart score, spirited performances from Maurice Chevalier and Jeanette MacDonald, and inspired direction from Rouben Mamoulian. Risqué elements spice up the fairy tale plot, while a brand new 4K remaster perks up Kino's Blu-ray presentation. Solid audio and a nice collection of supplements heighten the appeal of this beguiling pre-Code musical that refined and elevated the genre. Highly Recommended.

Most of us remember Maurice Chevalier as an aged, somewhat randy bon vivant jauntily singing "Thank Heaven for Little Girls" in Gigi, but a quarter century before that defining performance the spritely French actor/singer was the toast of Hollywood. Chevalier brought a hefty dose of continental flair to several risqué pre-Code  musicals, often sharing the screen with a young Jeanette MacDonald, who - contrary to popular belief - really did co-star with someone other than Nelson Eddy. Love Me Tonight would mark the third of four films Chevalier and MacDonald would make together, and stands as the only one not directed by Ernst Lubitsch. Rouben Mamoulian takes the reins of this elegant confection and brings to it immense flair, artistry, and an infectious sense of fun.

In addition to boasting a memorable score by the legendary Richard Rodgers and Lorenz Hart that includes such signature tunes as "Isn't It Romantic?," "Mimi," and "Lover," Love Me Tonight is significant because it lofted the Hollywood musical onto a higher artistic plane. The film's songs may not be fully integrated into its plot (that would take another decade or so), but there's a deft cohesion of music, narrative, and visual presentation on display that would later become genre trademarks. Before Love Me Tonight, story and song were separate, often competing structural elements. Mamoulian united them, and in so doing began transforming what was once considered lowbrow, kitschy entertainment into a sophisticated art form.

Light as a feather and airy as a soufflé, Love Me Tonight frequently resembles the type of romantic fairy tale to which Walt Disney would soon become magnetically drawn. Dashes of Sleeping Beauty and Cinderella pervade this effervescent yarn about a lovelorn princess and her rocky romance with a dashing baron, who's really not a baron at all, but rather a humble tailor who comes to the princess' remote castle to collect an outstanding debt. Taking the Disney analogy a bit further, the film's opening scene - a symphony of sights and sounds that depicts the awakening of Paris, as shop owners, factories, and city residents begin their daily routines - surely inspired the animated Belle's wide-eyed walk through her "little town" in the dazzling opening sequence of 1991's Beauty and the Beast. The scene is just as inventive and impeccably executed in Love Me Tonight - arguably more so, given the primitive approach to marrying sound and picture together at the time - and it sets the "tone" for the whimsical narrative to come.

Jovial tailor Maurice Courtelin (Chevalier) dutifully caters to the wealthy Viscount Gilbert de Vareze (Charlie Ruggles), but becomes outraged when the nobleman stiffs him and his hard-working colleagues after they design a lavish new wardrobe for him. Maurice vows to be a "one-man French Revolution" in his pursuit of the funds owed them, and doggedly follows Gilbert to his family castle in a fictional duchy.

Shocked by Maurice's arrival and fearful his uncle will learn of his debts, Gilbert passes the tailor off as a baron to buy time while he tries to come up with some cash. Maurice goes along with the masquerade because he falls instantly and hopelessly in love with the Duke's daughter, Princess Jeanette (MacDonald), a 22-year-old widow whose late husband was an elderly man. Maurice is the first eligible bachelor the sheltered Jeanette has met in years, but it takes him a while to melt her icy veneer, and during that time Jeanette's flirtatious and vivacious cousin Valentine (Myrna Loy) tries to divert his amorous attention. 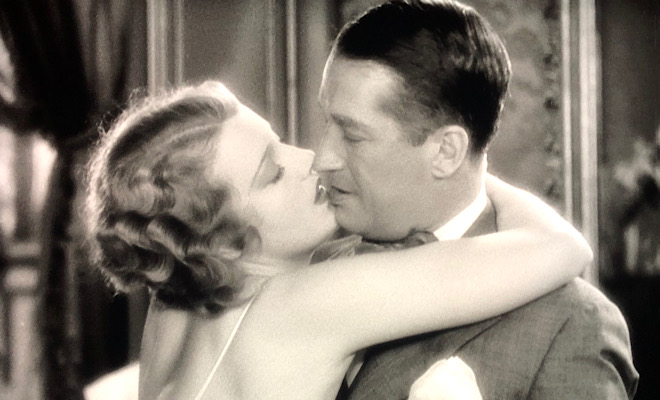 It's amazing to think Love Me Tonight marked Mamoulian's first foray into the musical realm, so complete is his command of the genre. (He would later direct the original Broadway productions of Porgy and Bess, Oklahoma!, and Carousel, and the beloved movie musical Silk Stockings.) Fresh from guiding Fredric March to a Best Actor Oscar in the horror classic Dr. Jekyll and Mr. Hyde, Mamoulian shifts gears with ease, embracing the breezy, tuneful tone of Love Me Tonight and infusing the film with plenty of technical pizzazz. Like a maestro, he orchestrates an array of zooms, quick pans, sound effects, fast motion and slow motion shots, and employs giant shadows, split screen technology, double exposure, a bit of animation, and scoring that reflects and accentuates the characters' actions. Such wizardry keeps the eye and ear engaged while perfectly punctuating the story's emotional, comedic, and romantic moments.

Watching Love Me Tonight makes one rue the fact that Mamoulian directed just 16 films over the course of an almost 30-year career. (Some of his other classics include Queen Christina, Becky Sharp, The Mark of Zorro, and Blood and Sand.) Studios complained he was difficult and producers often scoffed at his desire for complete artistic control, but on this rare occasion when he was given free rein, Mamoulian proved he could create magic.

He also wrings wonderful work from his accomplished cast. Chevalier and MacDonald make a captivating team. His energetic presence and boyish enthusiasm, fueled by his patented skyward glances, suggestive eyebrow twitching, and guttural French groans, heighten the risqué aura that pervades this pre-Code film while making him seem much younger than his 44 years. Chevalier's renditions of "Mimi" and "Isn't It Romantic?" would become iconic, and he brings out the sexy side of the usually prudish MacDonald, who appears in a slinky slip in a couple of scenes. 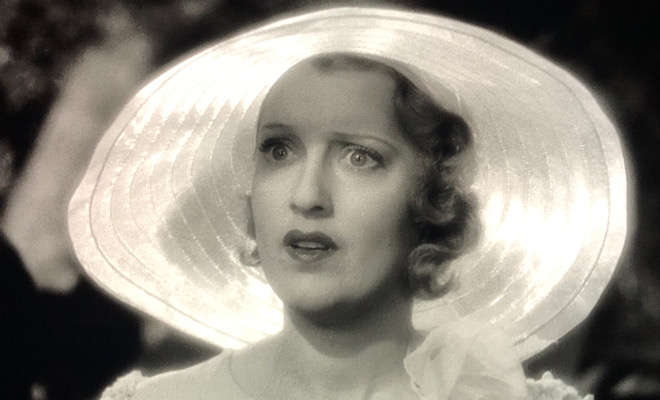 MacDonald's legendary soprano complements Rodgers and Hart's lilting score and her underrated acting talent helps her file a dimensional portrayal filled with spirit, spunk, and emotion. Loy, a couple of years before she would attain major stardom, is an absolute delight (she steals attention in every scene in which she appears), as are the always droll Charlie Ruggles and Charles Butterworth. It's also a treat to see the usually dignified C. Aubrey Smith let his hair down and even sing on occasion! Who knew the elderly, bushy-browed Englishman could do that?

Love Me Tonight may not be the splashiest musical ever made, but it remains one of the purest and most captivating examples of the form. Eighty-eight years after its premiere, Mamoulian's film is still as bubbly as a glass of French champagne, and its style and innovation still provoke a heady response. Though it rarely gets mentioned in discussions of great Hollywood musicals, all the musicals we love owe Love Me Tonight a great and lasting debt. 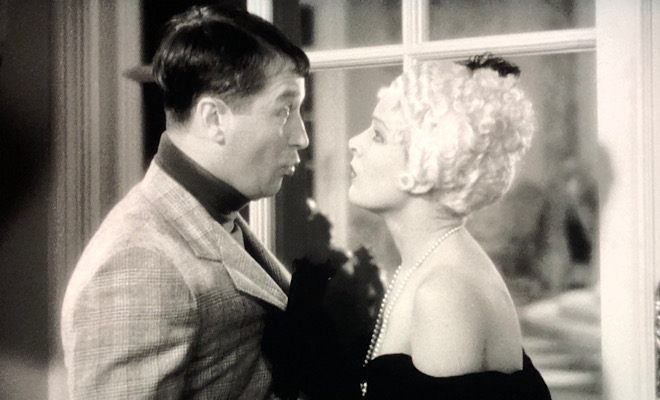 Love Me Tonight arrives on Blu-ray packaged in a standard case. Video coded is 1080p/AVC MPEG-4 and audio is DTS-HD Master Audio mono. Once the disc is inserted into the player, the static menu with music immediately pops up; no previews pr promos precede it.

A brand new 4K remaster perks up this classic and infuses it with a lovely vibrancy. The 1080p/AVC MPEG-4 transfer faithfully honors Mamoulian's artistry and the cinematography of Victor Milner, who would win an Oscar two years later for Cecil B. DeMille's Cleopatra. Excellent clarity and contrast distinguish the image, as well as a natural but not overwhelming grain structure that preserves the feel of celluloid. Black levels are pleasingly rich, whites are crisp, and the nicely varied grays In between enhance depth. Superior shadow delineation adds punch to the picture, and sharp close-ups showcase the stars' glamor. Though the source material is remarkably clean, a few errant marks still crop up here and there. Without a doubt, Love Me Tonight has never looked better, and this meticulous remaster makes it hard to believe this classic musical is 88 years old.

The DTS-HD Master Audio mono track supplies clear, well-modulated sound. Though some faint surface noise is evident during quieter moments, the track overcomes its early talkie roots and shines during the musical numbers. A wide dynamic scale handles MacDonald's operatic soprano without a hint of distortion, and Chevalier's pleasant warbling sounds great, too. The opening scene is a "symphony of sounds," as the rhythms of Paris life set the film's tone, and the track's nuanced treatment of this charming sequence is impressive. The instrumentals fill the room with ease, and all the dialogue is clear and easy to comprehend.

A beguiling pre-Code musical that showcases the captivating talents of Maurice Chevalier and Jeanette MacDonald, Love Me Tonight features a lilting Richard Rodgers-Lorenz Hart score that includes such classic tunes as "Isn't It Romantic?," "Mimi," and "Lover." The plot may be silly, but its risqué accents and the artistry of director Rouben Mamoulian heighten the appeal of this sophisticated early talkie. A new 4K remaster rejuvenates the film, while solid audio and a nice array of supplements round out Kino's impressive Blu-ray presentation of a long-neglected, influential, and utterly delightful musical. Highly Recommended.