The Song of Songs

The Song of Songs may not rank among Marlene Dietrich's best-known films, but this pre-code drama about a naive young woman whose sexuality is awakened by a self-absorbed sculptor deserves to be rediscovered. Director Rouben Mamoulian's artistry combines with Dietrich's celebrated allure to create a surprisingly engrossing motion picture that rises above its disjointed narrative. Above-par transfers that belie the film's advanced age increase the appeal of yet another fine Dietrich release on the Kino label. Recommended.

When Marlene Dietrich arrived in Hollywood in 1930 on the arm of German director Josef von Sternberg, she was his protégée and he was her Svengali. Over the next five years they collaborated on seven films, and with meticulous care von Sternberg molded his muse into one of cinema's most magnetic, ravishing, and exotic stars. Dietrich would make only one movie with another director during their brief yet legendary partnership, but the fleeting defection would be a refreshing departure for both the actress and her audience...and it remains so to this day.

That director was Rouben Mamoulian, an impeccable craftsman who had recently helmed the classic original version of Dr. Jekyll and Mr. Hyde and would go on to produce such noteworthy films as Queen Christina, Becky Sharp (the first full-length Technicolor movie), The Mark of Zorro, and Blood and Sand. Though The Song of Songs can't compete with those lofty titles, it stands as a stunning example of Mamoulian's artistry and ability to magically transform pedestrian material.

He also transforms his star. The Song of Songs presents a more natural and dimensional Dietrich, as Mamoulian wrings from her more depth of feeling and vulnerability than she had ever before displayed. With von Sternberg, Dietrich was often aloof, ornamental, and maddeningly mysterious on screen, yet Mamoulian strips her bare, both metaphorically and physically in this risqué pre-code love story that celebrates Dietrich's mesmerizing persona while bringing the celestial diva down to earth. 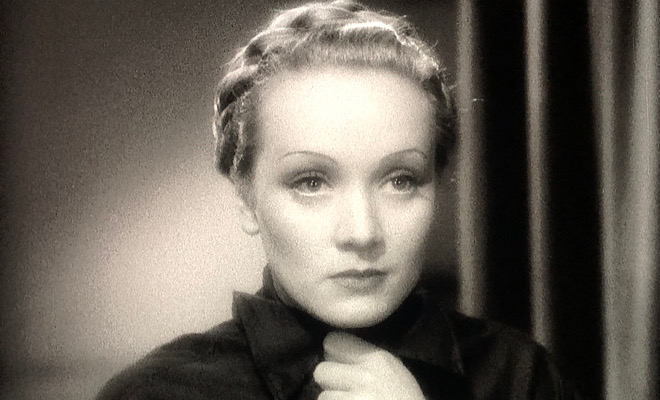 After the death of her beloved father, impressionable German farm girl Lily Czepanek (Dietrich) travels to Berlin to live with her sour, domineering aunt (Alison Skipworth) who forbids her to mingle with men. That brusque admonition doesn't stop Lily from sneaking out at night and visiting attractive sculptor Richard Waldow (Brian Aherne) in his nearby studio and modeling for him in the nude. Richard can't resist Lily's beauty, and the two embark on a passionate affair. Lily believes she's found her "song of songs," the love of her life, but Richard soon shatters her dreams of wedded bliss when he chooses his art and a free-spirited existence over her.

Waiting in the wings to pick up the pieces is the filthy rich and filthy minded Baron von Merzbach (Lionel Atwill), a lecherous old man who hopes to buy Lily's affection. After marrying her on the rebound and whisking her to his creepy estate, he transforms Lily a la My Fair Lady into an elegant, erudite aristocrat. Life as a baroness, though, doesn't satisfy the restless, disheartened Lily, and when her sadistic husband invites Richard to spend a weekend with them, all their lives spiral out of control.

What begins as a sensitive, provocative, and plausible romance turns on a dime about halfway through and morphs into a campy, lurid bit of Grand Guignol. The awkward shift propels the angelic Lily's fall from grace and allows Dietrich to embrace her inner bad girl and become the oh-so-familiar temptress once more. With a jaunty glint in her eye, she throatily croaks what would become one of her signature songs, Jonny, to a throng of lascivious admirers while awash in champagne and cigarettes. It's an iconic image, and Dietrich plays it to the hilt. 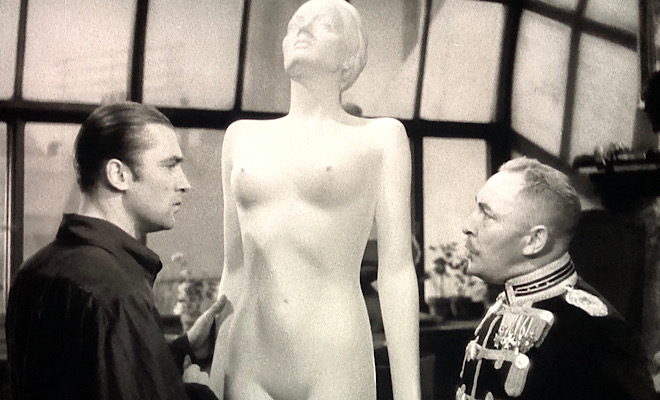 Her performance, however, is not all sultry show. As shrinking violet Lily blossoms into a confident, sexually liberated woman early in the film, Dietrich projects a heartwarming sincerity and uncharacteristic vulnerability that's quite striking. When Lily first sheds her clothes to pose for Richard, it's a shocking moment, not only because such brazen displays of flesh were rare in the early 1930s (and no doubt hastened the adoption of the motion picture production code a few months later), but also because the silent act reflects a powerful baring of the soul and surrender to the formidable forces of love and desire. Dietrich is no Garbo, but in The Song of Songs she comes closer to emulating Garbo's emotional expressiveness than in any other film she ever made.

Credit Mamoulian for helping Dietrich let down her guard and construct a cohesive, nuanced portrayal for the first time in her career. And credit him, too, for infusing The Song of Songs with enough elegant artistry to elevate an uneven and strangely bizarre tale. Sensuality abounds - never have I seen so many graphic and suggestive images of the female form in a Golden Age movie - but it rarely seems gratuitous. The imagery complements the story's themes, and Mamoulian fashions several beautiful shot compositions that lend the film a poetic feel and enhance its emotional impact. Mamoulian only directed 16 movies over a 30-year span, but there's not a dud among them, and though this work here is often overlooked, it deserves commendation.

In his first American picture, the dashing Aherne makes a fine romantic foil for Dietrich, while Atwill oozes libidinous villainy and the slovenly Skipworth supplies welcome comic relief. Dietrich overshadows them all, but together they create a tight ensemble that keeps the film fluid and involving. The script may falter at times - such a disjointed, often ridiculous story would sabotage most movies - but Mamoulian's assured direction and all the colorful portrayals make the missteps easy to forgive.

The Song of Songs is hardly an important film, but it's an entertaining, often fascinating pre-code production that arguably features Dietrich's best early performance. It's a pleasure to see this obscure movie make its Blu-ray debut, and a treat to watch the divine Dietrich at the height of her appeal and allure. 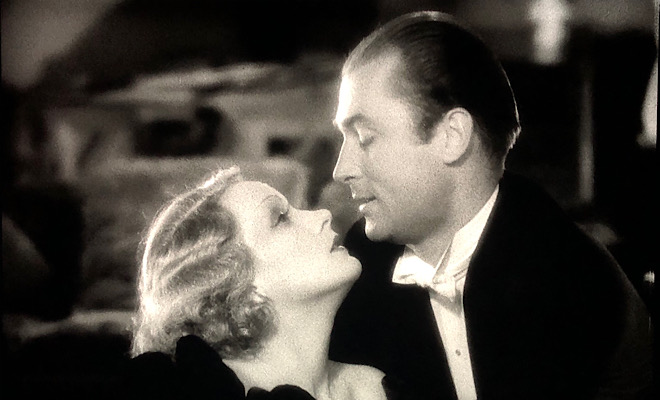 The Song of Songs arrives on Blu-ray packaged in a standard case. Video codec is 1080p/AVC MPEG-4 and audio is DTS-HD Master Audio 2.0 mono. Once the disc is inserted into the player, the static menu with music immediately pops up; no previews or promos precede it.

For an 87-year-old film that hasn't yet received a full-scale restoration, The Song of Songs looks surprisingly good on Blu-ray. The 1080p/AVC MPEG-4 transfer exhibits a healthy grain structure that properly maintains the feel of celluloid, but only rarely does the texture overwhelm the image. Excellent contrast and clarity produce a vibrant, contoured picture that features rich, deep black levels, bright whites that resist blooming, and a nicely varied gray scale. Background details are easy to discern, shadow delineation is good, and the lush, frequently breathtaking close-ups of Dietrich dazzle the eyes. Some print damage is evident - a few blotches, some speckling, and a couple of faint vertical lines occasionally crop up - but the imperfections aren't nearly as pervasive as I would have predicted. Dietrich fans will be delighted by this top-tier effort, which showcases this iconic star's exotic and intoxicating presence.

The DTS-HD Master Audio 2.0 mono track supplies clear, well-modulated sound. Good fidelity and a pleasing depth of tone help the lilting music score fill the room with ease, and Dietrich's throaty vocals sound rich and robust. All the dialogue is easy to comprehend, and any age-related hiss, pops, or crackle have been scrubbed away. Films from the early 1930s often sound tinny, shrill, and brittle, but not this one, and that's good news for classic movie fans.

In addition to the film's well-preserved original theatrical trailer and a slew of other previews for Kino Dietrich releases, the only supplement is a superior audio commentary from film historian David Del Valle, whose knowledge and enthusiasm propels his discussion. Del Valle cogently analyzes Dietrich's character, appeal, craftsmanship, and screen persona, and talks about how her legendary partnership with director Josef von Sternberg shaped her career. He says Dietrich "could do with her eyes what others couldn't do with three pages of dialogue," and despite an army of famous leading men, her true love was the camera. Del Valle also salutes the work of Mamoulian, whom he interviewed for a 1983 documentary; reveals Miriam Hopkins and Tallulah Bankhead were considered for Dietrich's role and Fredric March and Herbert Marshall were approached for Brian Aherne's part; and praises Lionel Atwill for his dastardly portrayal. Whether you're a Dietrich aficionado or just a classic movie nut, you'll really enjoy this well-spoken, perceptive, and engaging commentary.

Though it often gets lost amid the flurry of films Dietrich did with director Josef von Sternberg in the early 1930s, The Song of Songs stands as a lovely showcase for the star's magnetic personality, iconic glamor, and potent sexuality. This pre-code romance is at times shockingly risqué, but its frank treatment of adult matters makes it feel less dated than other Golden Age movies. Excellent transfers that belie the film's advanced age distinguish Kino's Blu-ray presentation of another fascinating Dietrich curio. Recommended.