The comedic journeys of Bob Hope and Bing Crosby continue with Road to Singapore. Crosby and Hope travel the world as playboy sailors who would rather sit out their romantic attachments and family obligations by running off to Singapore - where things only become hilariously more complicated. Kino Lorber continues their releases of Road films delivering Singapore in fine order with a solid A/V presentation and a couple of bonus features. Fans will want to make sure to add this to the collection. Recommended.

Josh Mallon (Bing Crosby) comes from a long line of sailing Mallons. A Fifth generation sailor, he has dreams of staying out to sea while his father (Charles Coburn) and his fiancé Judith (Gloria Wycott) would rather keep the young man landlocked in an office managing the family fortune. Stealing away with his old pal Ace (Bob Hope), the two glob-trotting bachelors end up in Singapore hoping to leave their troubles behind them. But when they meet the sultry singer Mima (Dorothy Lamour) their troubles go from bad to worse as they duel for her affections. 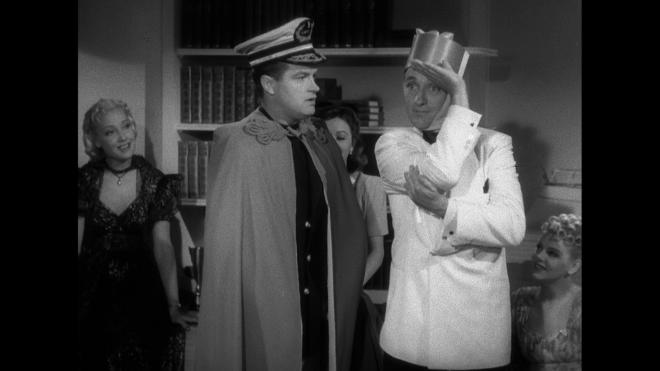 There's nothing at all complicated with Bing Crosby and Bob Hope's Road films and Road to Singapore is no exception. Think of a classic television series where the plot and the characters are virtually the same from episode to episode and you have a pretty good idea of what each Road film has to offer. Change the names and locations a little bit, but the circumstances are largely the same - which isn't a bad thing at all! Crosby and Hope are a terrific comedic duo coupled with their regular foil Dorothy Lamour and the trio are still in great form with Singapore.

The comedic hijinks are a laugh a minute as Crosby and Hope work off one another slinging one-liners and gags back at each other with ease. When it comes time for a little song and dance, the pair are able performers adding a little extra showmanship to the comedy. Dorothy Lamour again holds her own against the two gag masters often upstaging the show. For a little extra entertainment value, a very young Anthony Quinn arrives as Caesar the spurned performance partner of Mima who has it in for Bing and Bob. He doesn't get a lot of screen time, but it's pretty wild seeing the acting legend so young.

In and out inside of 85-minutes, Road to Singapore is never boring and gives plenty of great laughs. It's certainly not complicated, but it doesn't need to be for it to be successful. Even as the first of the seven Road films Crosby and Hope had their act honed and was a well-oiled machine of song and dance and great laughs. If you're stuck looking for some worthwhile light entertainment take the Road to Singapore. It'll get you where you need to go.

Road to Singapore travels its way to Blu-ray courtesy of Kino Lorber and their Studio Classics label. Pressed on a Region A locked BD-25 disc, the disc is housed in a standard sturdy case. The disc loads directly to a static image main menu with traditional navigation options. 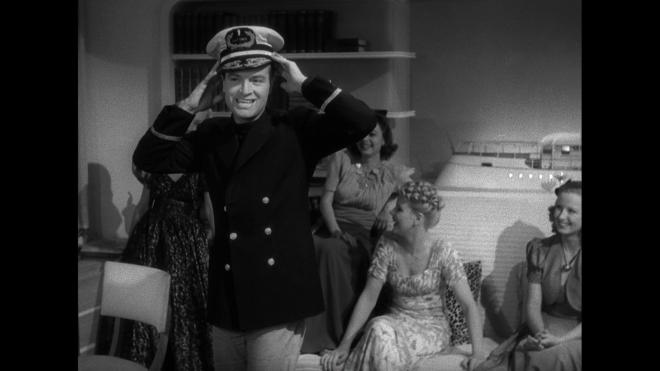 Road to Singapore delivers the comedy gold with an aged but still very impressive 1080p 1.37:1 transfer. Much of the film looks fantastic offering up crystal clear details with a stable grain presence to deliver a nicely filmic appearance. The only real negative to this show is that there are some rough patches where speckling and small scratches become more prominent. Thankfully, those moments are very brief and don't distract from the show. As I said details are nice and strong letting you appreciate fine facial features, clothing, and the rather impressive set design work that went into creating a convincing Singapore set complete with a riverfront house. Greyscale is in great shape giving plenty of shadow and deep inky black levels to the show without any serious signs of crush. Depth is appreciable. All around aside from some of the age-related wear and tear, this is a very nice looking transfer. 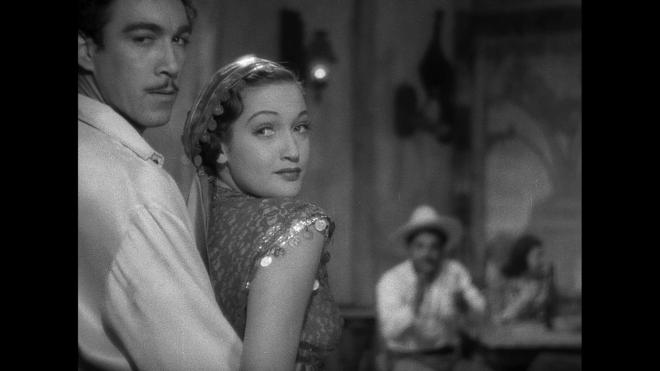 Road to Singapore gets a lot of mileage out of its DTS-HD MA 2.0 mono track. Dialogue is crystal clear and the song and dance numbers are great. Scoring is a bit minimal and incidental but it comes through nicely. Sound effects are on the same path as there's not much call for dramatic atmospherics when each scene was obviously shot on a soundstage. The only real issue of note is some slight hiss and a couple of age pops here and there, but none of the wear and tear is too distracting. 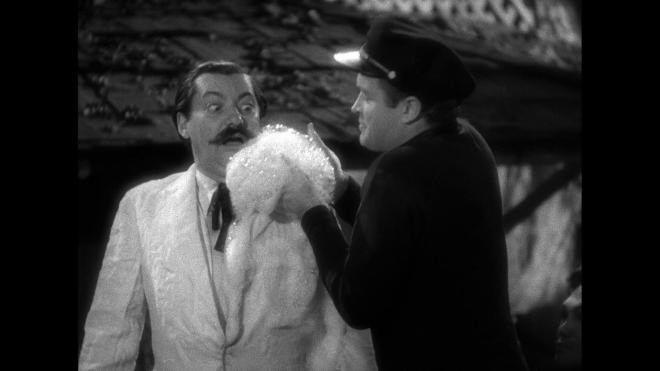 Outside of some archival features and trailers, there isn't a whole lot to the bonus features package for Road to Singapore. With that, the two Bob Hope-focused features is a nice little look at the man's career and the work that he did to entertain the troops. 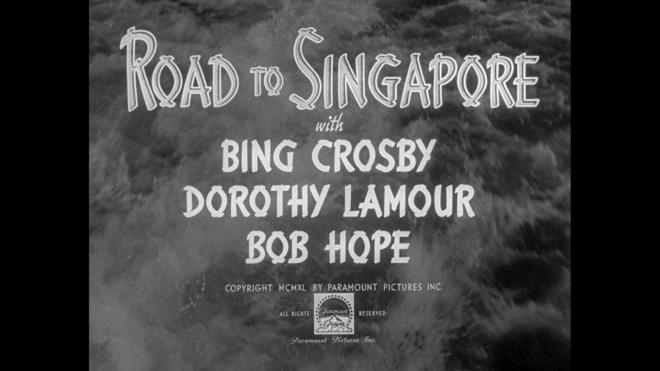 Road to Singapore is a solid song-and-dance comedy with Bing, Bob, and Dorothy doing what they do best. It's a silly show that revels in its over-the-top premise and slings the jokes faster than you can keep up with. Watching this one it's really no surprise that the film spawned six sequels that all hold their own. If you're a fan of the series, this is where it all began. Kino Lorber delivers a nice Blu-ray release with a strong A/V presentation and a couple of nice archival bonus features highlighting the career and contributions of Bob Hope. Whether you're a fan of the series or just need a good laugh, Road to Singapore is Recommended.