A middle-aged woman walks out on her husband and family in a desperate attempt to find herself.

If you believe 'The Happy Ending,' writer-director Richard Brooks' astute examination of domestic strife, "American married people are 32 percent divorced and 68 percent miserable." That's not much of an endorsement for holy matrimony, but this perceptive drama with satirical overtones favors realism over fantasy as it dissects one unhappy union with a mixture of sensitivity and cynicism. Though the plot's particulars may not resonate, its generalities will surely strike a chord to some degree with most couples, because they're all too familiar and remain frustratingly timeless.

Though Mary (Jean Simmons) entered into her marriage with upstanding tax attorney Fred Wilson (John Forsythe) with naïve visions of happily-ever-after (cultivated by old romantic movies), she discovers years later such bliss is pure cinematic hooey, and how she deals with her disillusionment and lack of fulfillment while struggling to reclaim an identity that's long been suppressed forms the story's crux. In many ways, 'The Happy Ending,' produced on the cusp of the feminist movement, is a precursor of more militant movies like 'An Unmarried Woman,' yet despite its lack of renown, this diary of a mad housewife incisively captures a transitional time period of social and political change in an intimate, relatable manner.

The sublime Oscar-nominated song 'What Are You Doing the Rest of Your Life?' hauntingly echoes Mary's malcontent, as she transitions from a starry-eyed, optimistic bride to a bitter, bored wife who fills her lazy days with booze, pills, and soap operas. Enslaved by a subservient ideology that keeps her treading water while life rushes ahead, Mary, after almost 16 years of marriage, can't escape the beauty parlors, gyms, plastic surgeons, department stores, and shallow feminine chatter that define her empty existence. Against her will, she's trapped in a world where a woman's only ambition is to remain young and desirable, her only identity is that of wife and mother, her only reflection is in her husband's eyes, and her only measure of self-worth is his attention and approval.

"Why can't I love the man I love?' Mary wistfully wonders, but her erratic, impulsive behavior breeds mistrust from her devoted yet aloof and judgmental spouse, inciting an ever broadening rift in their relationship. Fred mercilessly controls Mary, monitoring her every move while hypocritically abusing his own freedom, dallying with buxom female clients. He even enlists their housekeeper (Nanette Fabray) to spy on her (without realizing she's a double agent), and is more concerned with appearances than Mary's emotional welfare.

On the eve of their annual anniversary party, a desperate, fed-up Mary flees Denver's chilly confines for the balmy fresh air of the Bahamas, where she meditates on what she has, what she needs, and what brought her to the brink of destruction. A chance encounter with the down-to-earth, liberated Flo Harrigan (Shirley Jones), an old school chum and serial mistress to rich men, opens her eyes to life on the other side and helps her discover who she really is and what path she wants to follow.

Smoothly dovetailing flashbacks with present-day situations, 'The Happy Ending' is a probing character study and damning snapshot of suburban life in the late 1960s. Brooks, who won a Best Screenplay Oscar for his adaptation of 'Elmer Gantry' and was nominated four other times, crafts a literate, topical script laced with several clever zingers and a number of memorable exchanges. Whether it accurately reflects his marriage with Simmons, his wife of nine years at the time of shooting, is anybody's guess, but he reportedly wrote the film for her, and her raw, natural performance earned the actress justified raves and a Best Actress Academy Award nomination. (She lost to Maggie Smith in 'The Prime of Miss Jean Brodie'.) Ironically, the couple would separate eight years later after 17 years of marriage...almost the same duration of Mary and Fred's union in the film.

Writing, however, isn't Brooks' only talent. As a director, he's equally skilled. (His previous two films, 'The Professionals' and 'In Cold Blood' garnered him Best Director Oscar nominations.) His striking visual sense allows him to creatively stitch the myriad plot threads together, producing an absorbing narrative that keeps both our minds and hearts engaged. He also not-so-subtly depicts how movies insidiously shape our perception of what life should be by inserting clips of 'Casablanca' and other classic movie romances to starkly contrast the powerful ideal of a Hollywood happy ending with the open-ended, uncertain reality of a typical American marriage.

Though we sympathize with Mary and her plight, Brooks makes sure we see her through Fred's eyes as well, and helps us understand his loss of patience with her. Like many confused souls, Mary doesn't really know what she wants. She seemingly has "everything," but "something" is missing, and her resultant unhappiness often resembles the ennui of a spoiled, petulant child. As she flounders about simultaneously seeking solace and attention, her problems may seem trivial, but her pain - and desperation - are achingly real, and show just how close all of us are to the edge.

Simmons, one of Hollywood's most breathtakingly beautiful - and underrated - actresses, perfectly embodies Mary, embracing her frailties and fearlessly going out on several limbs. Though she's the heroine here, she's not always likeable, yet Simmons refuses to compromise or short-change her character. Forsythe, who would famously return to the Denver setting to play a similar role a dozen years later for TV's 'Dynasty,' complements her well, as does Jones, whose work with Brooks and Simmons in 'Elmer Gantry' a decade earlier won her an Oscar. In that film, she played a prostitute, but her poignant mistress-with-a-heart-of-gold in 'The Happy Ending' in some ways eclipses that performance. Lloyd Bridges, Teresa Wright, Tina Louise (of 'Gilligan's Island' fame), Bobby Darin (inexplicably billed here as "Robert"), and Dick Shawn all file finely tuned portrayals, and eagle eyes will spot a very young Erin Moran (Joanie Cunningham from TV's 'Happy Days') in a bit part as Mary's daughter in a flashback sequence. Only Fabray seems miscast as the duplicitous housekeeper in a no-glamour, blue-collar part that doesn't suit her.

Though firmly anchored in a specific time period, 'The Happy Ending' nevertheless explores universal themes and deftly depicts how difficult it is to abandon our youthful ideals and accept harsh truths. It's a bitter pill to swallow, but with wit, warmth, and some necessary roughness, Brooks makes it palatable. Happy endings may be the stuff of fiction, but Brooks assures us they're attainable in real life. Their form, however, may surprise us. 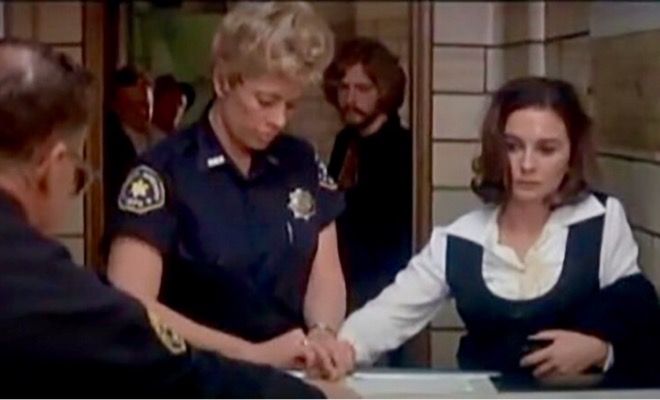 'The Happy Ending' arrives on Blu-ray in a limited to 3,000 edition packaged in a standard case. An eight-page booklet that includes an essay by film historian Julie Kirgo, several color scene shots, and a reproduction of the film's poster art is tucked inside the front cover. Video codec is 1080p/AVC MPEG-4 and audio is DTS-HD Master Audio 1.0. Once the disc is inserted into the player, the static menu without music immediately pops up; no previews or promos precede it.

This 1080p/AVC MPEG-4 transfer showcases the exceptional cinematography of Conrad Hall ('American Beauty,' 'Road to Perdition,' 'Marathon Man,' 'Butch Cassidy and the Sundance Kid'), and though some sections appear a bit dark and murky, the overall presentation exudes a lush, cinematic feel punctuated by vibrant colors and sharp details. Grain is noticeable, but adds necessary texture to this probing personal story, and nary a nick, scratch, or errant line mars the pristine source material. Clarity is generally strong, but contrast levels fluctuate, with instances of crush creeping into low-lit scenes. Blacks are rich and inky, whites are appropriately bright, and flesh tones remain natural and stable throughout, while close-ups highlight fine facial details well and accentuate the beauty and allure of both Simmons and Jones. No banding, noise, or pixelation intrude, and any digital enhancements have been judiciously applied. This organic transfer aptly reflects this warts-and-all portrait of a woman on the edge, but is glossy enough to honor its Hollywood roots.

The DTS-HD Master Audio 1.0 tracks supplies clear, well-modulated sound that nicely complements this intimate drama. Solid dynamic range handles all the highs and lows with ease and keeps distortion at bay, and no age-related hiss, pops, or crackles creep into the mix. Subtle atmospherics, such as tropical breezes, waves lapping against the shore, and urban hustle and bustle add texture to the track, and all the dialogue is easy to comprehend. The lilting music score by Michel Legrand fills the room with ease, and the songs he wrote with lyricists Alan and Marilyn Bergman benefit from excellent fidelity and tonal depth. Though the track is unobtrusive and understated, it hits all the right notes and keeps us immersed in the story, which is about all we can ask of it.

Aside from an isolated score track that showcases the melodic beauty of Michel Legrand's score and songs, the only extra is the film's original theatrical trailer, which aptly conveys the story's tone and themes.

An insightful, if slightly dated, domestic drama, 'The Happy Ending' acutely examines a marriage in crisis and one woman's desperate attempts to escape her suburban prison, reclaim her independence, and discover her identity. Jean Simmons files one of her finest performances as a housewife teetering on the brink of a breakdown, while John Forsythe, Shirley Jones, and Lloyd Bridges provide strong support. Twilight Time's Blu-ray presentation skimps on supplements, but features pleasing video and audio transfers that enhance the intimacy of this personal character portrait. Though the 1960s have passed, the issues writer-director Richard Brooks tackles are relatable in any day and age, which keeps 'The Happy Ending' relevant and emotionally affecting, and makes it worthy of a recommendation.