After the blockbuster success of Love Affair, all the major Hollywood studios rushed to find a vehicle to reunite stars Irene Dunne and Charles Boyer. Universal finally scored the coup and secured their services for When Tomorrow Comes, a loose adaptation of a James M. Cain story. Part Norma Rae, part The Hurricane, and part Jane Eyre, director John M. Stahl's romantic drama deftly whips its varied ingredients into an often tasty brew that boasts more substance than most movies in its class. Though When Tomorrow Comes couldn't match Love Affair's massive box office take, audiences eager to see Dunne and Boyer "together again" (which would be the title of their third and final picture five years later) lapped it up and made it Universal's top-grossing film of the year. 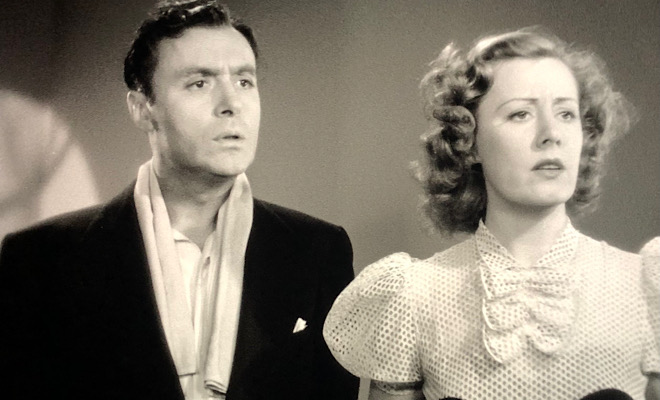 Helen Lawrence (Dunne), like many aspiring singers in New York City, toils as a waitress in a busy restaurant, but unbeknownst to the owners, she's also leading a strike effort on behalf of her underpaid fellow workers. When one of the servers suspects a debonair male patron might be a corporate spy, Helen steps in and sizes up Philippe Andre Chagal (Boyer). The Frenchman turns out to be quite harmless (although his efforts to order a deconstructed sandwich so he can simply have a slice of cheese surely influenced the iconic diner scene in Five Easy Pieces 30 years later), but he takes a shine to Helen and drops in on the union meeting later that evening in the hope of seeing her again.

Helen's gumption, self-effacing personality, and beauty bewitch Philippe, and he convinces her to go sailing with him on Long Island the next day. Their idyllic afternoon takes a treacherous turn when a storm begins to brew. The couple retreats to Philippe's lavish nearby home, where Helen learns the seemingly humble Philippe, who previously told her he was a struggling musician, is really a world-famous concert pianist. He also has a wife, and as the storm intensifies into a hurricane and wreaks havoc on Philippe and Helen, the two grow closer. The tempest subsides the next day, but after professing their love for each other, their emotional turmoil grows. 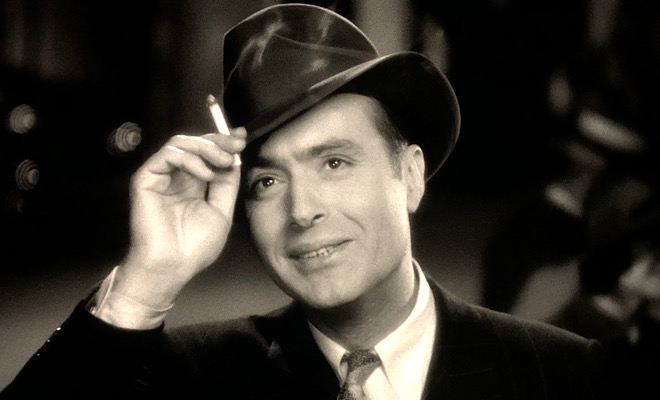 Though a tad disjointed, When Tomorrow Comes valiantly steers away from the weepy manipulations of many women's pictures of the era. Some plot contrivances hamper the film, but the central relationship between Helen and Philippe remains mature and believable throughout. That's largely due to Dunne and Boyer, whose natural acting styles and ability to strike authentic emotional notes keep us involved and make the middling material seem better than it is. The understated direction of Stahl, who previously helmed the original Imitation of Life and would later craft the riveting Leave Her to Heaven, helps in that regard as well.

Twenty-nine-year-old Barbara O'Neil, who despite her tender age nailed her portrayal of Scarlett O'Hara's soft-spoken mother in Gone with the Wind the very same year, appears late in the film as Philippe's mentally unstable spouse. At the time, the husband-saddled-with-an-insane-wife plotline had yet to become a cliché, but Hollywood would soon milk it for all it was worth. O'Neil played the role so well, she was cast in an almost identical one a year later in All This and Heaven, Too with Boyer once again on hand as her unhappy husband. That part earned her a Best Supporting Actress Oscar nod, but she lost to Jane Darwell's Ma Joad in The Grapes of Wrath. 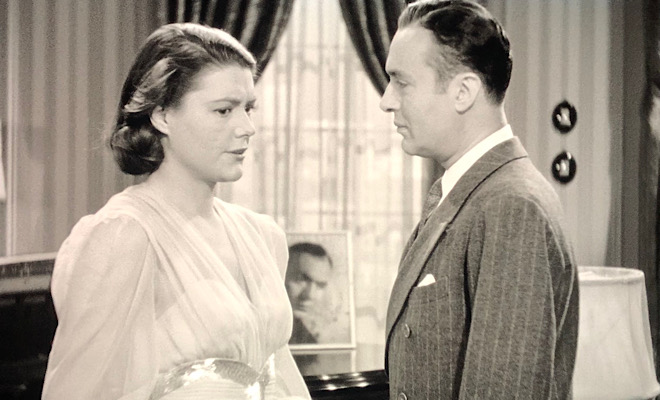 Like many movies of its day, When Tomorrow Comes was expressly designed to showcase its two stars and capitalize on their popularity as a romantic duo. It succeeds on both counts, but because it was released just four months after Love Affair, Stahl's film has remained firmly in Love Affair's shadow and is often regarded as its forgotten stepsister. Hopefully, this Blu-ray release will inspire movie buffs to check out this little-known yet well-made and finely acted motion picture and evaluate it on its own terms. When Tomorrow Comes is far from perfect, but it definitely deserves to be rediscovered. 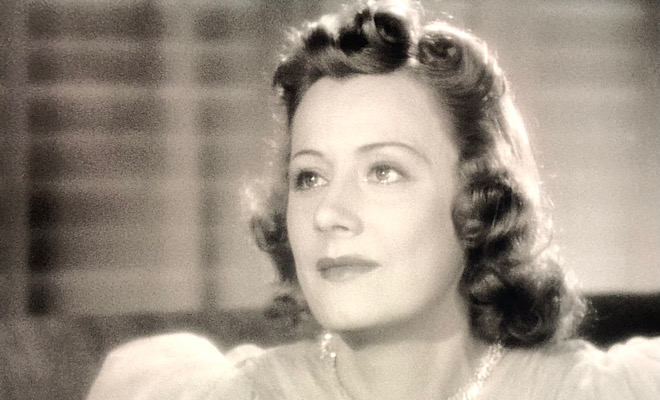 Vital Disc Stats: The Blu-ray
When Tomorrow Comes arrives on Blu-ray packaged in a standard case. Video codec is 1080p/AVC MPEG-4 and the audio is DTS-HD Master Audio 2.0 mono. Once the disc is inserted into the player, the static menu with music immediately pops up; no previews or promos precede it.

A brand new 2K master yields a spectacular 1080p/AVC MPEG-4 transfer that immerses us in this elegant romantic drama. Top-notch clarity and contrast produce a sleek, vibrant picture that remains remarkably consistent throughout. The beautifully resolved grain lends the image a lovely film-like feel, and only a few isolated shots exhibit noticeable softness. Deep blacks and crisp whites anchor the frame, and all the myriad grays in between enhance both detail and depth levels. Patterns, like Dunne's checkered waitress outfit, are rock solid, and costume textures, like the weave of Boyer's suit jacket, are easily discernible. Excellent shadow delineation keeps crush at bay most of the time and sharp close-ups highlight Boyer's prominent forehead vein and Dunne's creamy skin. A few very faint vertical lines appear from time to time, as do some errant nicks, but they never distract from what is otherwise a pristine presentation. It's hard to imagine When Tomorrow Comes looking any better than it does here, so an upgrade is certainly in order for fans.

Believe it or not, When Tomorrow Comes took home the 1939 Oscar for Best Sound Recording, beating out Gone with the Wind. The howling wind, driving rain, rumbling thunder, and crash of a falling tree in the hurricane sequence likely sealed the victory for the Universal sound department, and the DTS-HD Master Audio 2.0 mono track faithfully honors their award-winning work. In addition to the storm effects, sonic accents like crashing dishes and a toppling tin trash can are distinct, and all the dialogue is well prioritized and easy to comprehend. A wide dynamic scale handles the highs and lows of Frank Skinner's music score - as well as Boyer's piano solos and Dunne's lilting soprano - without a hint of distortion, and no age-related hiss, pops, or crackle mar the mix.

In addition to a few trailers for other Kino releases (sadly, a preview for When Tomorrow Comes is not included), the only substantive extra is a nice audio commentary.

When Tomorrow Comes pales when compared to Love Affair, but stands as a slick, enjoyable follow-up that nimbly mixes action, romance, substance, and heartbreak. The star power of Dunne and Boyer helps shroud the plot's deficiencies, while a brand new 2K master brings the lush visuals to brilliant life. Excellent audio and a solid commentary track enhance Kino's Blu-ray presentation of this Golden Age classic. Worth a Look.