Next Time We Love

The first pairing of Margaret Sullavan and James Stewart may not rank as highly as The Shop Around the Corner and The Mortal Storm, but Next Time We Love stands tall as a well-acted romantic drama that showcases the talent and magnetism of its two attractive stars. Though some plot points may be difficult to swallow, this portrait of the stresses and strains of a "modern" marriage hits some resonant notes and is richly entertaining throughout. A brand-new 2K master, high-quality audio, and an engaging commentary track make this disc a winner for fans of Sullavan, Stewart, and Golden Age Hollywood. Recommended.

Margaret Sullavan and James Stewart made four movies together between 1936 and 1940, establishing themselves as one of the great romantic teams of Hollywood's Golden Age. Though the Ernst Lubitsch holiday classic The Shop Around the Corner always will stand as their most famous feature, the duo's timeless appeal and enduring talent keep all their films fresh and involving. Next Time We Love marked their first screen pairing, and while the story often strains credulity, Sullavan and Stewart, with an able assist from a young Ray Milland (billed here as Raymond), hold the film together and help us forgive its faults.

Some movies with plot holes and sketchy, hard-to-swallow character motivations still succeed because the strong performances, assured direction, and quality production values overshadow the narrative deficiencies. Next Time We Love is exactly that kind of picture. You'll certainly find yourself scratching your head over some of the characters' decisions, but the film's creative components along with the story's intriguing, ahead-of-its-time take on marriage make Next Time We Love more interesting than the era's garden-variety romantic fare, despite the sometimes clumsy execution and soapy trimmings. 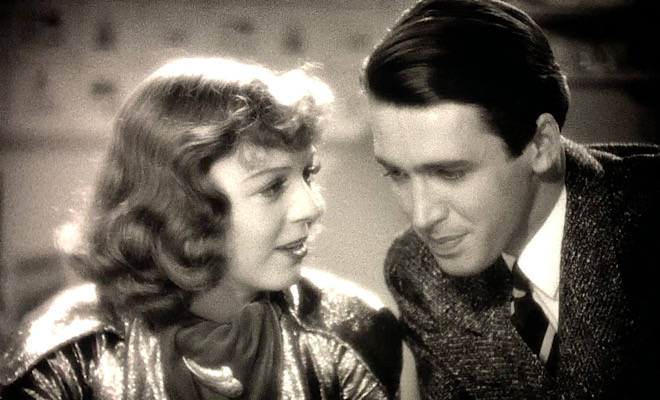 Couples putting their careers before their marriages was a novel idea back in 1936, and it forms the film's crux. When rising New York journalist Christopher Tyler (Stewart) persuades his girlfriend Cicely (Sullavan) not to return to Princeton and marry him instead, their domestic and romantic future seems assured. The fiercely independent Cicely, though, quickly confides to Chris's friend Tommy Abbott (Milland), a successful actor, that she's "not going to be a burden" to her new husband and wants to contribute to the household kitty.

Tommy pulls some strings and gets her a job in a Broadway show, but when Chris receives an unexpected promotion that requires him to cover international news in Rome, Cicely decides not to go with him so she can continue to pursue her burgeoning career. Unbeknownst to Chris, she's also pregnant and believes the pressure of having to provide and care for her and a new baby would distract him from his career. (Maybe if they had talked all this over they could have reached some sort of compromise, but of course, then there would be no movie.)

As the years pass, Chris and Cicely spend far more time apart than they do together, yet they constantly profess their mutual love. The lengthy separations, however, take their toll, and as both continue to scale greater professional heights, it becomes tougher to divorce themselves from their respective careers and easier to contemplate divorce from each other, especially for Cicely, who has the patient Tommy waiting in the wings. 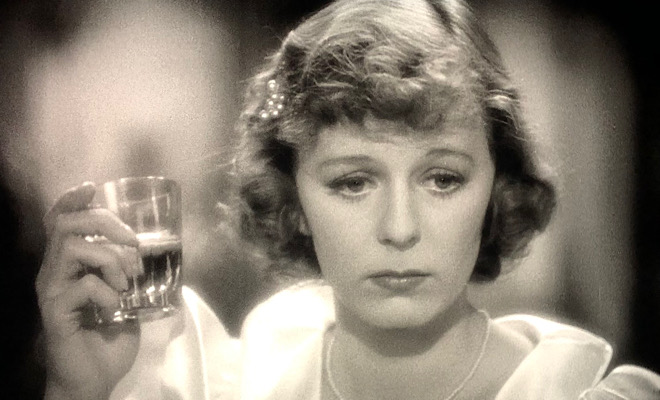 Its uneven story notwithstanding, Next Time We Love holds our attention and strings us along in the hope its stubborn characters will eventually come to their senses and realize the rare gift they've been given. The surprisingly literate script helps gloss over the weak plot points, while the elegant sets and costumes keep the eye engaged and the star power of Sullavan, Stewart, and Milland continually jumpstarts the film whenever it begins to falter. (A brief, unbilled bit by Hattie McDaniel brightens the picture as well.)

Sullavan and Stewart performed in summer stock together before they hit the big time, and Sullavan requested MGM loan Stewart to Universal to star with her in Next Time We Love. Stewart had only previously appeared in two movies in two very small parts, so to see him jump to a leading role and tackle it with such assurance and aplomb is quite impressive. Stewart was still a green kid, but you'd never know it from watching him here. Confident, relaxed, and seemingly so attuned to the finer points of film acting, he comes across as the consummate professional and files a deeply sensitive, unaffected performance that previews the gallery of diverse yet natural characterizations he would etch on celluloid over the next half century. 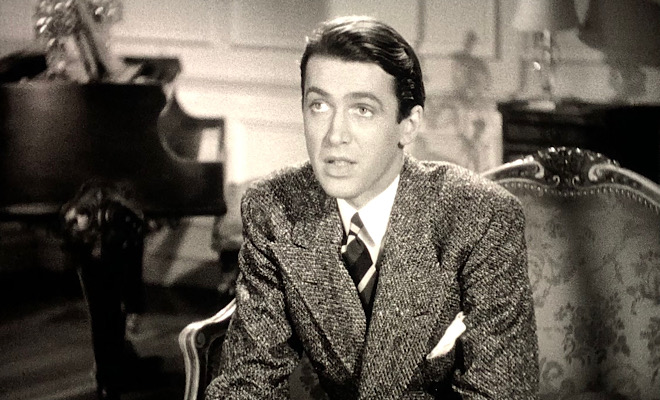 Stewart is great, but Sullavan is riveting. Though not a classic beauty, Sullavan possesses a luminous quality that makes her portrayals magnetic. Whether warm, loving, noble, headstrong, resentful, recalcitrant, or devastated, Sullavan is always genuine, and the chemistry she creates with Stewart is both comfortable and crackling. It's not surprising the two made four movies together. I only wish they made more.

Milland was still struggling to rise above third-wheel status in his films when Next Time We Love began shooting (why he wasn't yet worthy of getting the girl at this point in his career remains a mystery), yet he gamely files another affable portrayal of a good-looking, witty, debonair dandy. As Chris's best friend and Cicely's confidante, Tommy is caught in the middle of their unconventional and often strained relationship. It's an awkward part, but Milland plays it just right, both supplying and engendering sympathy while maintaining proper decorum. Tommy may be bland on paper, but Milland makes him very interesting, and it's quite possible his fine work here propelled him to leading man status the following year when he co-starred with Jean Arthur in the classic screwball comedy Easy Living, a movie that hopefully will get a Blu-ray release from Kino soon. 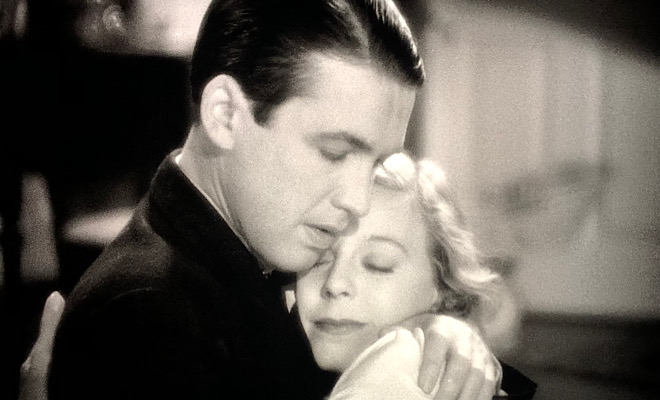 Vital Disc Stats: The Blu-ray
Next Time We Love arrives on Blu-ray packaged in a standard case. Video codec is 1080p/AVC MPEG-4 and audio is DTS-HD Master Audio 2.0 mono. Once the disc is inserted into the player, the static menu with music immediately pops up; no previews or promos precede it.

A brand-new 2K master yields another high-quality 1080p/AVC MPEG-4 transfer from Kino. Excellent clarity, contrast, and grayscale produce a picture that brims with fine detail and palpable depth. Noticeable but not overwhelming grain preserves the feel of celluloid, and only a few instances of softness disrupt the consistency of the presentation. Rich blacks, bright whites that never bloom, and very good shadow delineation distinguish the image, background elements are easy to discern, and costume textures like fur, lamé, satin, and the delicate weaves of wool are distinct. An array of lovely close-ups showcase Sullavan's fresh-faced beauty and Stewart's boyish looks, and only a smattering of stray marks and faint vertical lines mar the surprisingly clean and vibrant source print. Though I don't have the DVD for comparison purposes, I can't imagine this 86-year-old film looking any better than it does here. If you're a fan of Next Time We Love, an upgrade is strongly encouraged.

The DTS-HD Master Audio 2.0 mono track supplies clear, well-modulated sound. A wide dynamic scale handles all the highs and lows of Franz Waxman's lush, romantic score without any distortion, and all the dialogue is easy to comprehend. Any age-related hiss, pops, and crackle have been scrubbed away, resulting in a track that boasts above-average fidelity (especially when one considers its advanced age), clean silences, and crisp sonic accents.

In addition to a slew of trailers for other Kino releases (but not one for Next Time We Love), the only extra is an audio commentary by the Australian duo of author and film historian Lee Gambin and costume historian Elissa Rose. The pair enjoys a comfortable rapport as they put the film in its proper historical and social context, analyze the characters, examine the gender roles of the era, discuss the story's overarching themes, and provide cast and crew information. Rose also helps us appreciate the film's stunning costumes and addresses the mystery surrounding the death of costume designer Vera West (a popular topic in a number of recent Kino commentaries). Fans of the film should definitely check out this breezy track.

The first film co-starring Margaret Sullavan and James Stewart isn't their best, but the two legendary stars rise above a few glaring plot issues and make Next Time We Love an enjoyable and involving romantic drama. Fine acting and slick production values propel this tale of two career-driven lovers who try to make their "modern" marriage work despite constant separations and differing ideals. A brand-new 2K master yields a stunning transfer, and solid audio and an engaging commentary track bolster the appeal of this top-notch release of a rare classic that deserves to be rediscovered. Recommended.