The generational interdimensional intergalactic time-hopping adventures of Rick and Morty continue in Season Five of the hilarious adult animated comedy. By now, you’re on the train and fully enjoy the show. After the previous four seasons, there’s nothing in this season from creators Dan Harmon and Justin Roiland that would change your mind if you're not already fan. Warner Brothers delivers a single disc release of Rick and Morty Season Five with an excellent A/V presentation and a smattering of decent albeit very short bonus features. If you’re still in love with the show - it’s worth adding to the collection. Recommended

Do I really need to recap the wild and weird adventures of Morty and his drunken lecherous grandfather Rick? At this point, five full seasons with Season Six expected sometime in fall 2022, you’ve either jumped into the ship or you’ve been left behind on the Cronenberg planet. Rick and Morty season five doesn’t reinvent the wheel. But then the show hasn’t reinvented the wheel ever since show creators Justin Roiland and Dan Harmon managed to get onto a regular production cycle. 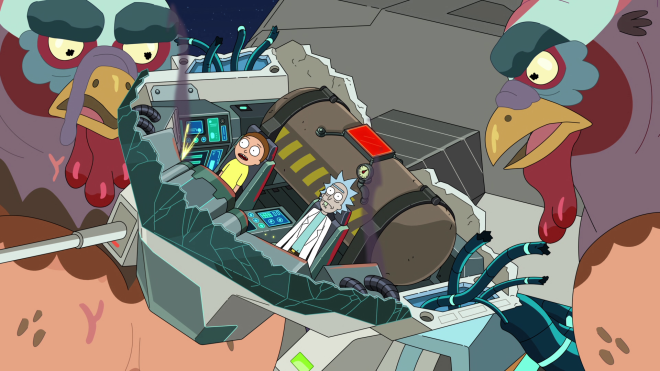 The first two seasons of Rick and Morty felt special. Separated by lengthy droughts, there was excitement and anticipation for the next episodes to arrive. I wasn’t one of those first folks to fall in love with the show so by the time I was coming to it, Season Three was still a rumor. There was spontaneity to the new episodes as they came out because you couldn’t know when or if there was going to be another episode next week let alone a new season the following year. Now that production bumps have been ironed out, the show has become a bit more predictable, but that hasn’t stopped Roiland and Harmon from churning out some damned funny episodes.

I thought Season Four was pretty good. It started strong, kinda had a languorous middle but managed to close out strong. While Season Five is content with giving you more of what you expect, it’s consistently funny across all of the episodes. Now the caveat I’ll lay down for this season was that while it was more consistently funny for each of the ten episodes, it had fewer gut-bustlingly funny episodes. So it’s a bit of a tradeoff in that regard. Season Four had four or five episodes that were just alright with a couple of truly great episodes. Outside of this season’s opening episode, all nine episodes were funny and entertaining but not the kind that put your sides into stitches. Overall it’s a good season and I’d say the best of the last couple of years, but the show is also riding on a lot of familiarities and isn’t nearly as shocking or surprising as it once was.

Vital Disc Stats: The Blu-ray
Like the four previous seasons, Rick and Morty Season Five arrives on Blu-ray in a single disc Blu-ray + Digital set. Once again, the season is slipped onto a Region Free BD-50 disc. Housed in a standard sturdy case with slipcase, the disc loads to a static image main menu with traditional navigation options. 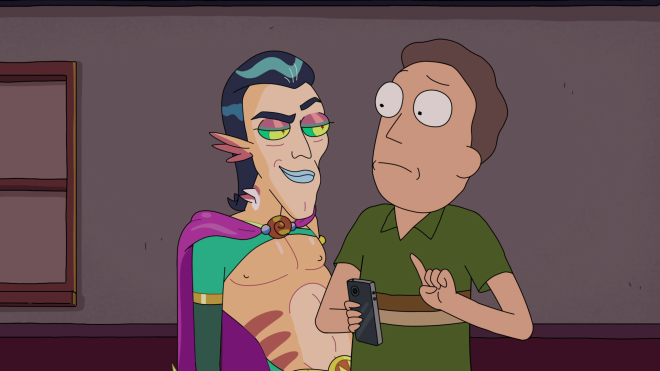 The nice thing with this series coming to Blu-ray is it consistently looks excellent. Each episode is given a clean 1.78:1 1080p transfer with bright bold colors, clear details, and is all-around impressive looking. Character details are what they are considering the style of the show but background plates and renderings are often excellent. As to be expected for all of the weird locations this show visits, colors are bright, bold, and eye-catching. Primaries get a lot of play in every episode. Again, for this show, it’s par for the course and looks great. 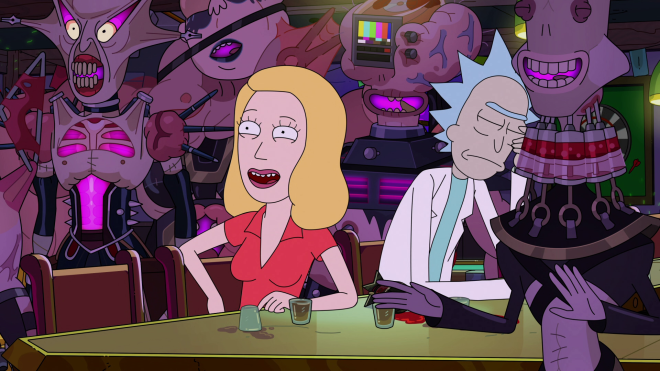 I’m not sure of the decision-making behind this but past seasons of Rick and Morty came in with excellent Dolby TrueHD 5.1 tracks. Season Five marks the first time the show will come in with a DTS-HD MA 5.1 mix. To that end, this sounds great. The show has always relied on a heavy amount of dialog and grotesque sound effects from squishy blood splatters to belches and everything comes through clean and clear. Scoring is on point without issue. There’s plenty of imaging in the mix to keep surround channels active and engaging for the duration of each episode. Not sure of the advantages of going DTS versus TrueHD at this stage in the game, but it works. 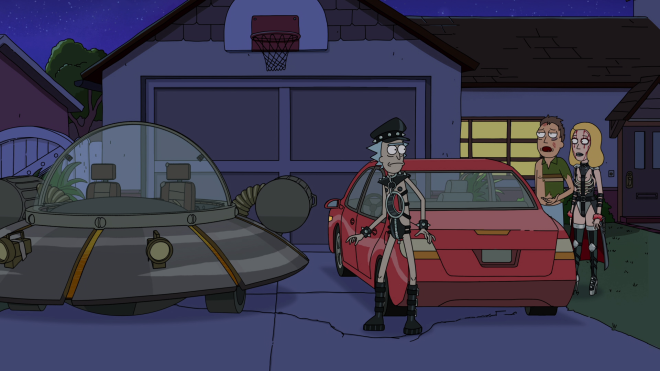 While there’s not a lot of in-depth material here, I do appreciate how much they throw into these sets. Each little featurette or segment may be a mere couple of minutes, but you do get to glean some interesting tidbits about the making of the show and what goes into getting an episode ready for primetime. 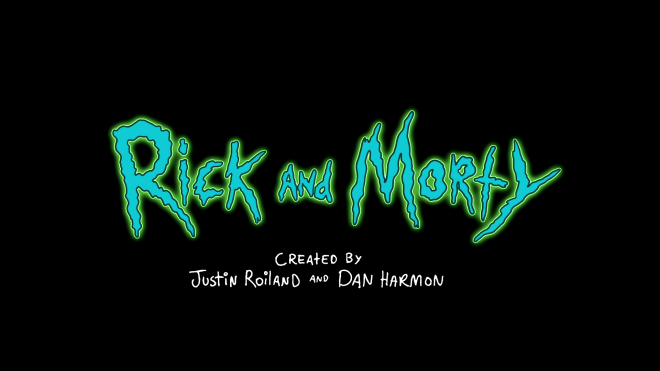 Rick and Morty may have entered into a phase of “comfortability” with their recent seasons, but that doesn’t mean the show has lost its flair for hilarity. Roiland and Harmon continue to craft a reference-laden show that might have lost a little shock value over the years but is still damn funny and worth tuning in for. Warner Bros continues to bring each new season to Blu-ray with excellent results. Every episode enjoys a strong 1080p transfer and now each episode comes in with a DTS-HD MA 5.1 track. Toss in a smattering of fun bonus features and you have yourself a pretty great new addition to your television collection. Recommended.