I Wouldn’t Be in Your Shoes!

Even hardcore film noir devotees may not have heard of I Wouldn't Be in Your Shoes!, but Warner Archive puts the long-neglected, poverty row picture in the spotlight with an impressive Blu-ray presentation. Though some plot holes slightly dull the impact of this taut urban mystery about a devoted wife's efforts to clear her wrongly convicted husband before his date with the electric chair, a brand new restoration from original nitrate elements brings the low-budget picture back to brilliant life. If you're a film noir aficionado, you'll definitely want to check out this captivating rarity. Recommended.

A silhouetted pair of dancing shoes hanging from a noose starkly frames the opening titles of I Wouldn't Be in Your Shoes!, a tidy, taut, almost forgotten film noir that's been lovingly resuscitated by Warner Archive. Mounted at poverty row Monogram Pictures and featuring a cast of largely unknown actors, this engrossing, slickly directed mystery belies its bargain-basement roots and helped put independent producer Walter Mirisch (who would win a Best Picture Oscar two decades later for In the Heat of the Night) on the cinematic map. A few plot holes prevent the film from achieving true classic status, but the story keeps us guessing until close to the end and builds to a satisfying climax and conclusion.

It's the last night of Tom Quinn's life and as he awaits his impending execution in his jail cell, he reflects on the odd string of events that led to his incarceration on Death Row. An accomplished dancer who couldn't catch a break, Tom (Don Castle) lived in a ramshackle New York City tenement with his wife and partner Ann (Elyse Knox), who made a few bucks giving lessons to losers in a cheap dance hall. The couple hoped to try their luck in Hollywood, but before they could flee the Big Apple, a shoe print in the mud linked Tom to the murder of a seemingly destitute, eccentric man who turned out to be quite wealthy.

When the cops come to call, Tom vehemently professes his innocence, but the mountain of circumstantial evidence gets him convicted. A distraught Ann vows to clear his name and enlists the services of Clint Judd (Regis Toomey), one of the police detectives responsible for sending Tom up the river. Clint harbors a serious crush on Ann, who pledges to divorce Tom and marry Clint if he can help exonerate her beloved husband. Their efforts to track down the real killer before Tom's date with the electric chair comprise the action of the film's second half. 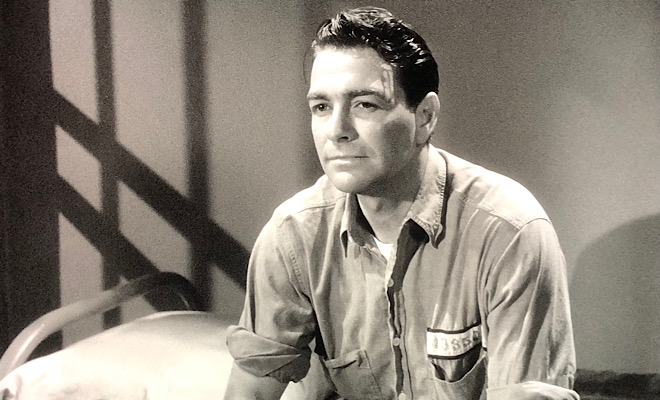 Based on a novel by Cornell Woolrich, whose stories inspired a number of top-notch Hollywood thrillers including Alfred Hitchcock's Rear Window, I Wouldn't Be in Your Shoes! boasts a literate script by Steve Fisher, who received an Oscar nod a few years earlier for the Cary Grant World War II drama Destination Tokyo. A few plot elements strain credulity, but strong character development, lyrical dialogue, and a killer scene between Knox and Toomey that brims with sexual tension and an impending sense of doom help us forgive any narrative deficiencies.

Director William Nigh maximizes his minimal budget and deftly mixes suspense, mystery, and romance to create a memorable B picture. Though he's no Billy Wilder or Otto Preminger, Nigh elevates I Wouldn't Be in Your Shoes by tempering its grit with understated elegance. If you didn't know in advance the film came from Monogram Pictures, you wouldn't believe it. Sadly, I Wouldn't Be in Your Shoes! would prove to be Nigh's penultimate film; he would retire later in 1948 after helming well over 100 movies dating back to 1914. 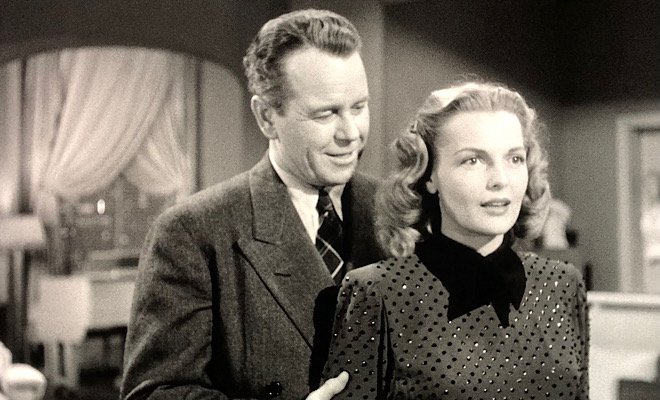 The actors may not look familiar, but they all file excellent performances, proving the major studios didn't monopolize all of Hollywood's talented performers. Castle makes a fine everyman, but the most impressive portrayals come from Knox and Toomey. Though Knox's greatest claim to fame might be her son, actor Mark Harmon, she exudes sincerity here and brandishes a simmering sexuality born from desperation. Toomey rose to prominence as a leading man in the early 1930s, but soon transitioned to character roles. I Wouldn't Be in Your Shoes! contains some of his best work and is only one of countless movies and television shows he would enliven over the next four decades.

Clocking in at a mere 71 minutes, I Wouldn't Be in Your Shoes! zips along, but doesn't sacrifice atmosphere and artistry while weaving its tale of wrongful conviction, quashed dreams, and maniacal obsession. It will never stand alongside the all-time genre greats, but it's a buried treasure that deserves to be rediscovered and appreciated as a prime example of high-quality, low-budget noir. 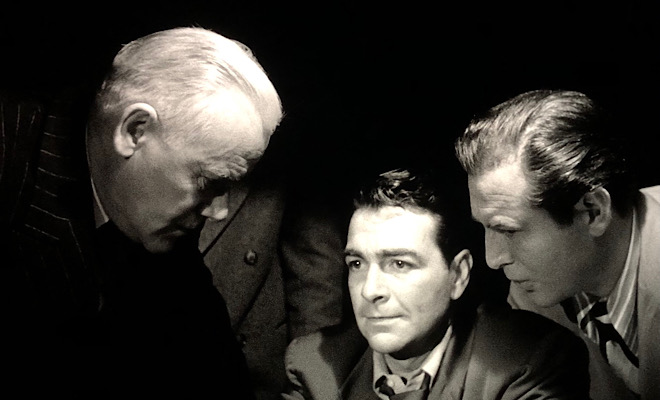 Vital Disc Stats: The Blu-ray
I Wouldn't Be in Your Shoes! arrives on Blu-ray packaged in a standard case. Video codec is 1080p/AVC MPEG-4 and audio is DTS-HD Master audio 2.0 mono. Once the disc is inserted into the player, the static menu without music immediately pops up; no previews or promos precede it.

A brand-new restoration from the film's original nitrate elements yields a wonderfully pleasing 1080p/AVC MPEG-4 transfer that makes this bargain-basement movie look like a million bucks. From the crisp opening title sequence all the way through to the tense finale, the image remains consistently clear and vibrant. Rich blacks, bright whites, and all the myriad grays in between produce a picture that brims with detail and depth. Shadow delineation is especially good and a few striking silhouettes enhance the noir mood. Shots through prison bars and fencing are stable, patterns are rock solid, and the close-ups are so sharp you can make out the individual skin ridges on fingertips. Most incredible of all, no nicks, marks, or errant scratches dot the pristine source material. It's a treat to be able to see a long-lost rarity like I Wouldn't Be in Your Shoes! at all, but to see it in such superior form makes the experience even more special.

The DTS-HD Master Audio 2.0 mono track supplies surprisingly crisp audio that highlights such nuances as rushing water, footsteps crunching on concrete, distant sirens, and faintly meowing cats. The main title music sounds full and robust, and the incidental strains sprinkled sporadically throughout benefit from good fidelity and a wide dynamic scale that keeps distortion at bay. All the dialogue is well prioritized, clear, and easy to comprehend, and no age-related hiss, pops, or crackle distract from the action on screen.

A couple of vintage supplements round out the disc.

A tidy little film noir rarity that rises above its poverty row pedigree, I Wouldn't Be in Your Shoes! chronicles a devoted wife's tireless efforts to exonerate her husband, who sits on death row for a murder he didn't commit. Some plot holes loosen this mystery's grip, but a snappy script, slick direction, and winning performances help the movie rise above them. A brand-new restoration from original nitrate elements distinguishes Warner Archive's Blu-ray presentation of a little-known, long-neglected noir that deserves to be rediscovered. Recommended.