Army of the Dead - Review

Before Zack Snyder got his four-hour cut of Justice League, and even before The Comedian knew the whole score in The Watchmen and King Leonidas sacrificed himself in 300, the iconic film director made a fantastic zombie reboot film in 2003 titled Dawn of the Dead, written by the Guardians of the Galaxy director James Gunn. That new version of Dawn of the Dead brought the zombie monsoon into the mainstream, which ignited a decades-long zombie craze and introduced the world to Zack Snyder.

A few years later, Snyder had another zombie idea with Army of the Dead that combined zombies, a high-stakes heist, and Las Vegas. It would be a long time before this movie saw the light of day, but Army of the Dead is a welcome back home movie for the DC filmmaker into the horror genre where he takes to a big-budget action film in the vein of Michael Bay but pours some heart and soul into this blood-soaked adventure as well. Army of the Dead is a ton of fun and moves the zombie genre forward by exploring some cool elements with the undead, while at the same time employing some giant explosions and epic blood bubbles. RECOMMENDED!

Order your tickets at Fandango - on Netflix May 21st 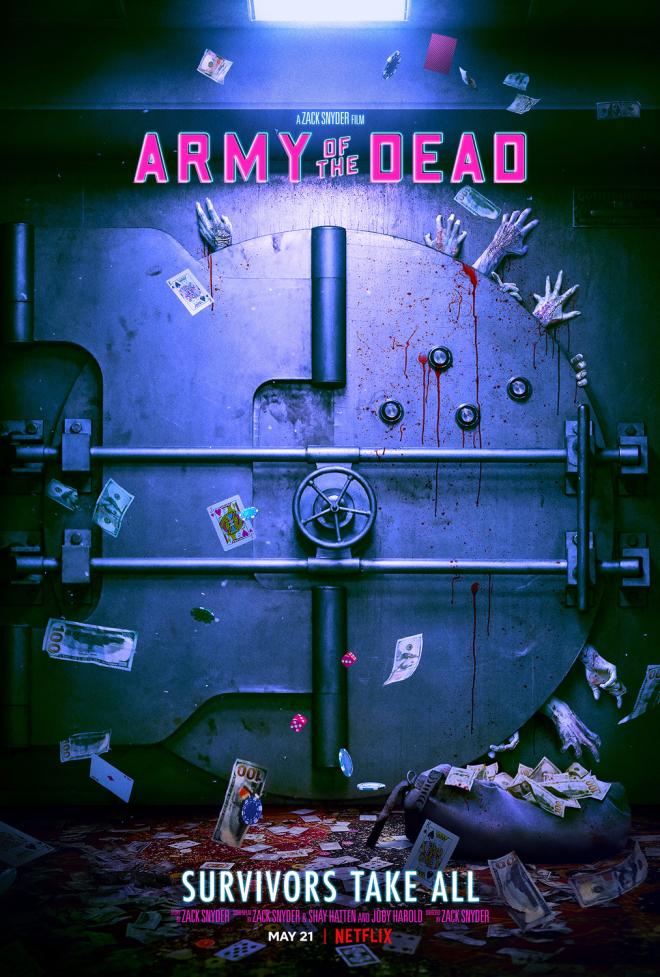 Snyder came up with the story here and co-wrote the screenplay with Shay Hatten (John Wick 3), as the film begins with how the Las Vegas zombie apocalypse started, which is superbly hilarious. Through a slow-motion Watchmen type of opening credit sequence, the story is told of how Sin City fell to the undead and how regular people would volunteer to head into the city to save and rescue the unbitten, while at the same time, destroying all the zombies they could by any means necessary until a giant wall was built around the city to keep any would-be blood chompers out. The film cuts to several years later, where these saviors who were featured in the opening all have dead-end jobs now but are approached by a wealthy Japanese man who wants Scott Wars (Dave Bautista), the former leader of that zombie squad to create a team and head into Vegas to steal hundreds of millions of casino cash hidden inside a casino vault before the US military nukes Vagas for good.

Soon enough he assembles a team, consisting of a young safe-cracker, a gang member who loves killing zombies, and a vulgar helicopter pilot played by Tig Notaro (digitally replacing disgraced "comedian" Chris D'Elia), amongst others. It seems like a simple enough job for these professional killers to dispose of a few zombies, crack the safe, take the money, and chopper out of Vegas and reap the rewards. That's not the case though as Snyder enhances these zombies the way George Romero did in Land of the Dead, by making certain zombies able to communicate, rally together, and even form an alliance with each other similar to some of the maniacs in Mad Max: Fury Road. These zombies wear capes, ride zombie horses, and even own zombie white tigers, because why not - this is Zack Snyder at his purest and his most fun.

Now, this being a Zack Snyder film, it's quite long, running in at 2.5 hours, because Snyder wanted to add a very human element of drama between Bautista and the family he once had. His daughter is still alive and in Las Vegas as a volunteer to those still stuck inside and he tries to repair their relationship after their tragedy years prior. It's heartfelt enough, but nobody is really here for this melodrama, especially with the grand scope of carnage that is being displayed on the screen and of course zombie tigers and horses running amok. The film could have been tightened down to less than two hours and it would have played out the same way, but that being said, the film still blows at a fast pace, that is until the final act, where it takes its time getting to the roof of the casino. There's just too much melodrama added here and not enough dark humor that would have made parts of Army of the Dead run at a faster pace.

There are some genuinely amazing scenes that are exquisitely suspenseful and soaked with blood, including some phenomenal zombie kills where gallons of blood spews everywhere. There's also an intense scene where the elite squad must quietly trudge through a sea of hibernating zombies in the dark, where they cannot touch them or shine light in their faces for fear the zombie horde will wake up and start eating. It's what horror and suspense are all about and Snyder executes this scene perfectly. And this new mythology of smarter-than-the-average zombie tells an even bigger tale as they try and form a society themselves, which is only touched on a few times, but never really explored in great detail which is a travesty. 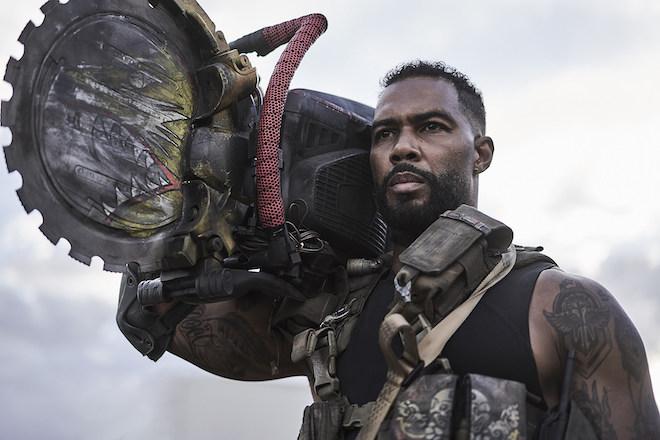 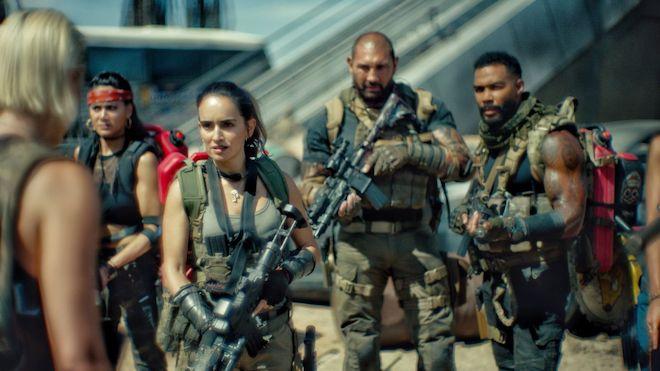 The usual Snyder tropes are in play with a couple of slow-motion zombie kills, one hell of an opening credit sequence, and super on-the-nose music cues, including another Richard Cheese song and the fantastic yet hilariously used the Zombie song by The Cranberries. It's solid Snyder gold. Army of the Dead is a ton of fun and has some original elements pushing this neverending zombie genre forward. At 2.5 hours, it's a little long in the tooth, but it's worth the time and effort plus it's amazing to see Snyder at home in the horror genre once again. RECOMMENDED!

Order your tickets at Fandango - on Netflix May 21st