There were a lot of firsts for a lot of people over the past twelve months. The movie industry was no exception, specifically with the big superhero film of 2017 from the DCEU (DC Extended Universe) - Justice League, directed by Zack Snyder (300, Dawn Of The Dead, Watchmen, Man Of Steel). That film that brought the best DC superheroes together was neither a financial nor a critical success for many reasons, but it didn't reap all its money back and most people did not enjoy the film. What followed was truly unprecedented that ultimately led to a re-do of the film, even more money, and double the run time of the original movie with a director's cut that now called Zack Snyder's Justice League. Through all the rumors, discussions, and theories about this movie, this 243-minute version is visually stunning, brings much-needed development to each of its characters, and expands its own universe and truly phenomenal action sequences that now matter and have consequences. Zack Snyder's Justice League is fantastic, plain and simple, and is the ultimate vision of these iconic characters. Highly Recommended 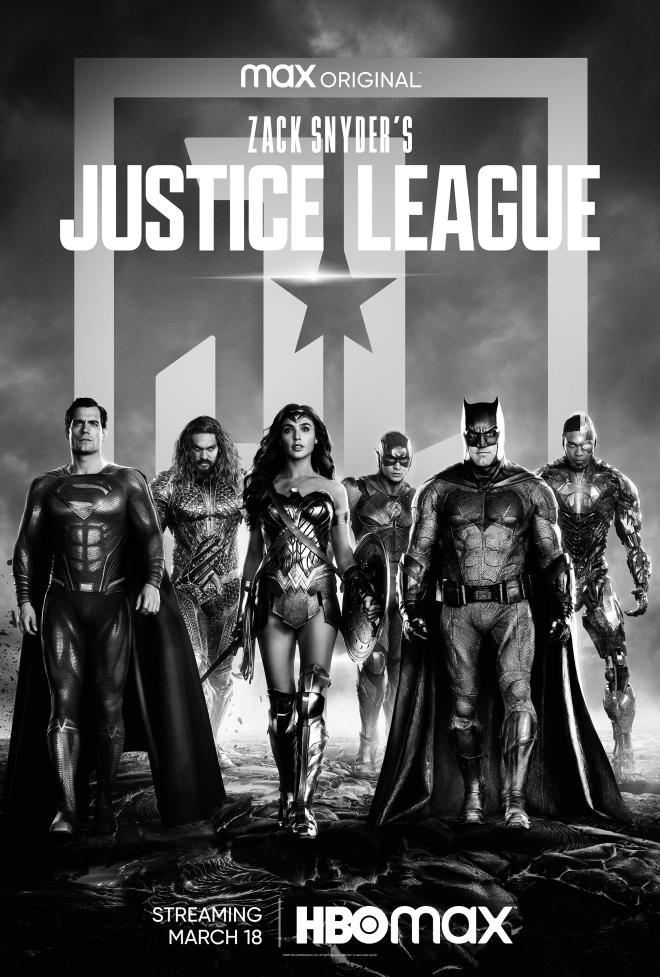 During the production of the original theatrical version of Justice League way back in 2016, there were tons of issues going on behind the scenes that are still coming to light today. Snyder was behind that camera and had been the unofficial leader of this DCEU that wanted to compete with the MCU (Marvel Cinematic Universe). This Justice League was supposed to be his answer to The Avengers. But midway through the shoot, there was an unfortunate personal tragedy for Snyder that forced him to leave the production. Before this happened, writer/director Joss Whedon (The Avengers, Age Of Ultron, Firefly) was brought on board as a heavy consultant to guide everyone to make the best film possible.

Once Snyder left, Whedon took over completely, changed a ton of things, and delivered that two-hour theatrical cut that was seen some four years ago that was void of anything that Snyder had intended. There was a guttural reaction through movie and comic book fans across the globe that voiced their loud calls to release the director's true vision for the film that was labeled The Snyder Cut. This protest lasted years and when everyone thought that the Justice League was going to close up shop, Warner Bros. and Snyder announced that his vision would becoming released. What followed was a $70 million additional budget to shoot and re-structure new sequences to be added to the already existing film that would tell its story properly this time around.

And that's exactly what Snyder did here. He made a cohesive and monumental superhero film that can finally stand next to its Avengers sibling, complete with extraordinary action set pieces, a better story arc for all of the characters, and despite its long run time, better pacing and flow to every element in this superhero universe. Yes, Zack Snyder's Justice League is good. Real good. The film follows the same basic outline and more or less ends up in the same place, but there are a ton of nuanced and bigger details that have been added in to enhance a better perspective and bond with these beloved heroes. Aquaman, Flash, Batman, Cyborg, and Wonder Woman are given a bit more screen time to develop their personalities and background that have led to their team up with one another with the spotlight staying on Flash and Cyborg this time around. Getting a true sense of Flash's speed as he saves a few people from death in the big city and dealing with his jailbird father is just a couple of the examples that are explored on his behalf. Then there is Cyborg, who might just be the big key ingredient that was wholly missing in the theatrical cut, but now he is given a ton of screen time that explains his human past, his relationship with his parents, and why he is reluctant to join any team. It's quite wonderful really to see this all play out, along with some bigger Aquaman sequences with his fellow Atlantis co-stars.

It's not just the superheroes that get a character wash, it's also the villains as well. Snyder also gave Steppenwolf some much-needed depth, emotion, and character in this outing, something that was completely missing in the theatrical cut where he was just an unstoppable, bland killing machine with zero reasons or rhyme. This transitioned into Steppenwolf appearing in various parts of the globe to retrieve the Mother Boxes, where he easily destroyed anyone in his path, captured the magical box, and transported out of Dodge to head out to the next mission. With this new cut of the film, there is a ton more back and forth between villain and hero, where its no longer a one-sided fight where the villain conquers all, but rather it showcases just how tough and real these Amazons and Atlantis people are when it comes to fighting something much stronger than them. There was much more at stake and seeing both their reaction and Steppenwolf's own horror that these people could actually hurt him was absolutely phenomenal and much needed, not to mention his desperate attempt to please and Darkseid, who also has a much bigger role this time around.

And since the film allows more time to grow with these superheroes, it makes that much bigger an impact when they all do finally team up for the big final act that is played out completely different with each superhero getting ample time to shine and perform remarkably cool stunts that fit their own skillset, including Batman using his tools and fists to take out Parademons, to Cyborg revealing even more gadgets he can use against enemies, and even Flash showcasing his incredible quickness and ability to make time go in reverse due to his unmatchable speed. Then of course there is Superman who receives some much-needed extra screen time and some truly fantastic additions this go around that are guaranteed to make audiences cheer. Wonder Woman and Batman serve as the glue that keeps this team together with Diana always coming in with some genuinely fierce and elegant character and stunt work. 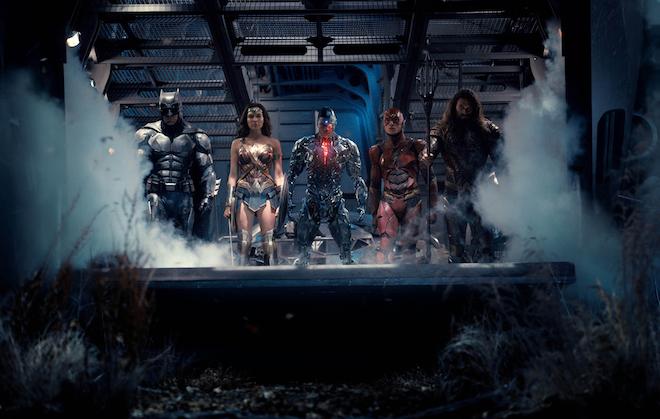 This all being said, Zack Snyder's Justice League is not without its faults. The biggest flaw here is Snyder getting in the way of himself here as he has with most of his films. There is zero subtlety with Snyder. Almost everything in his films is heavy-handed and extremely on the nose and that's no different here with his use of music cues, sound effects for certain characters, and quite a bit of dialogue that will conjure up some heavy sigh and eye-rolls. But by now, that's just part of the Snyder experience and the good definitely outweighs the flaws with this release. Now, there are no extra sequences inside the credits, but there is a 20-minute epilogue that is truly epic that goes to insane and fantastic places that beg for more films to follow suit. It's a miracle this movie was made at all and the fact that a director got a second chance to give the world his own vision he fought and bled for is truly inspiring and he does not disappoint in its bloodier rated R world. Zack Snyder's Justice League should be celebrated and is honorably impressive.