Hot on the heels of The Gilded Lily, Claudette Colbert and Fred MacMurray teamed up a second time in The Bride Comes Home. This rom-com about a newly broke socialite's rocky relationship with her ex-bodyguard boss may not rival its predecessor, but it's an amusing showcase for the two stars. Though the video transfer is hardly pristine, it's watchable enough, especially for the faithful Colbert-MacMurray throng, who will no doubt welcome this rare title's Blu-ray debut. For Fans Only.

After the success of The Gilded Lily, Paramount rushed to find a property to reunite Claudette Colbert and brand-new star Fred MacMurray. The studio should have taken its time. Though The Bride Comes Home is a pleasant enough vehicle for the attractive duo - as well as third-wheel Robert Young - it lacks the vim, vigor, and style of its predecessor. There's romance, laughs, and a dash of feminism in this battle-of-the-sexes comedy, but the whole enterprise flaunts a slapdash feel that makes the film ultimately forgettable.

That's a surprise, considering director Wesley Ruggles and screenwriter Charles Binyon also collaborated on The Gilded Lily, which beautifully balances all of its elements and strikes just the right tone. Though The Bride Comes Home tackles timely Depression Era issues and tries to equalize the male-female playing field, it never rises above rom-com mediocrity. It's a fun peek back into a bygone age, but there's nothing much on screen we can relate to today. 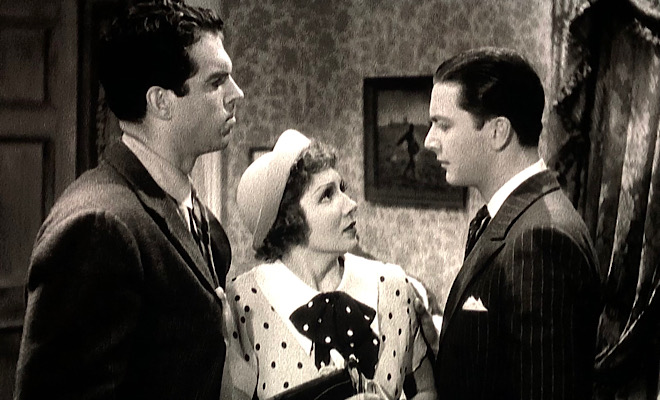 When rich girl Jeannette Desmereau (Colbert) discovers she's no longer rich, she vows to go to work to support her retiree dad who lost the family money in the stock market. Her childhood friend and society playmate, Jack Bristow (Young), who's just inherited $3.5 million from his guardian, wants to marry her, but all Jeannette wants is a job at his start-up magazine called simply The Man. The man who edits it, Cyrus Anderson (MacMurray), is Jack's former bodyguard and an ex-newspaperman who's none too thrilled to have a woman with no experience on his staff. He assigns Jeannette a host of menial tasks in the hope she'll quit, but she digs in her heels just to spite him.

The two bicker and spar, but after Cy discovers Jeannette is an honest working girl and not a wealthy dilettante, he treats her differently, and after she sees his sensitive side, her defenses collapse and the two fall in love. Cy arranges a whirlwind wedding with a city official at his apartment, but when the bride comes home before the ceremony and discovers her love nest is a bachelor pigsty, she rolls up her sleeves like Snow White and gets busy cleaning. Cy hits the ceiling when he arrives later and finds the clutter and mess all gone, and the ensuing shouting match makes them both question their compatibility. After they calm down, they dissect their relationship, acknowledge the toxicity of their constant squabbling, and agree to break up, which allows Jack, who's always been waiting in the wings, the chance to swoop in, pick up the pieces, and make Jeannette an offer she should - but doesn't - refuse. 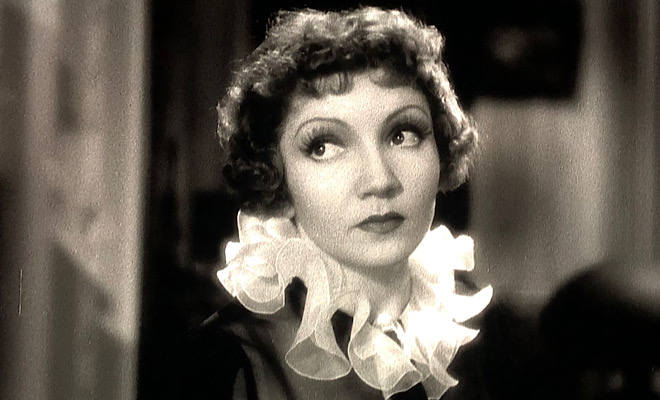 Swift pacing and the likability of the star trio help The Bride Comes Home roll merrily along, but the plot, which has potential, never really rings true. The snap decisions and head-spinning revelations that drive the story are hard to swallow and the underlying social and gender themes receive short shrift. The movie's main message - that too much logic can kill a relationship - isn't strong enough to support the story, and Ruggles' workmanlike approach keeps emotion largely at arm's length. Though the script boasts some funny exchanges and a couple of madcap situations, laugh-out-loud moments come at a premium and when all is said and done the entire enterprise feels empty.

In a role that hardly taxes her considerable talents, Colbert skates through with her usual aplomb. MacMurray plays much the same part as the one that put him on the cinematic map in The Gilded Lily, although Cy is rougher around the edges and more of a Neanderthal. His non-stop macho bluster becomes tiresome over time and makes us appreciate the one tender scene Colbert and MacMurray share all the more. The real surprise is Young, who enlivens every scene in which he appears. As the movie's most colorful character, he shows off his flair for comedy, but also enjoys a few fine dramatic moments that add dimension and depth to his stereotypical playboy role. It's hard to steal the spotlight from Colbert and MacMurray, but Young tries his level best and occasionally succeeds.

Like most quick follow-up films, The Bride Comes Home lacks polish, but it cements the Colbert-MacMurray partnership and paves the way for future joint projects. If you're a fan of the stars, you'll get a kick out of this innocuous, dated comedy, but not much more. 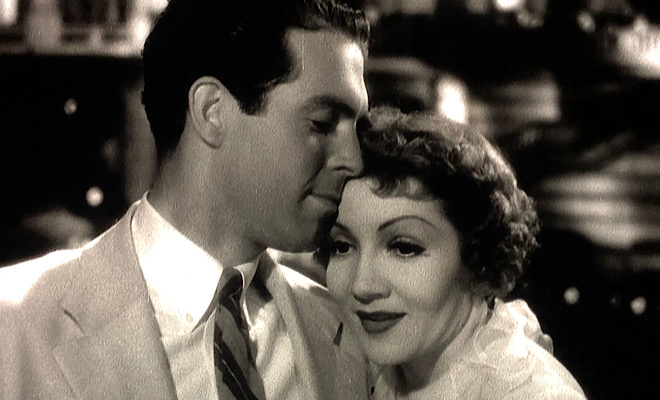 Vital Disc Stats: The Blu-ray
The Bride Comes Home arrives on Blu-ray packaged in a standard case. Video codec is 1080p/AVC MPEG-4 and audio is DTS-HD Master Audio 2.0 mono. Once the disc is inserted into the player, the static menu with music immediately pops up; no previews or promos precede it.

It's fairly clear The Bride Comes Home didn't undergo any remastering prior to its Blu-ray release, and that's a shame. Though the source print used for the 1080p/AVC MPEG-4 transfer sports good clarity, decent contrast, and a healthy grayscale, pronounced, often heavy grain softens the look of this antiquated film. A bit of instability rocks the opening credits, but thankfully the image stabilizes once the narrative begins. Some faint vertical lines, however, hang around throughout (the ones in the upper center of the screen are especially annoying), and mild speckles crop up now and then. Black levels are rich, whites are bright, and shadow delineation is good, although some crush does creep in during darker scenes. The close-ups of Colbert are lovely, but there aren't enough of them to alleviate the other issues that plague this watchable but disappointing transfer.

The DTS-HD Master Audio 2.0 mono track supplies clear, well-modulated sound that's largely free of any age-related hiss, pops, or crackle. At times, some tinny and hollow tones remind us of the movie's primitive roots, but the dialogue is well-prioritized and easy to comprehend. Though fidelity is limited, the isolated music cues exhibit nice presence, and sonic accents like shattering glass, thuds, a scream, and the loud buzzing of a motorcycle engine are crisp. More remastering would have yielded better results, but the track is fine as is.

The second pairing of Claudette Colbert and Fred MacMurray can't match their first, but The Bride Comes Home could hardly be called a sophomore slump. The madcap story of a newly impoverished socialite who must juggle the attentions of her smitten wealthy friend and his pugnacious bodyguard-turned-magazine editor doesn't always strike all the right notes, but Colbert, MacMurray, and Young somehow put the material over. Kino's video transfer could use some work, but the audio is fine, and there's an intelligent commentary track. Though casual admirers of the stars might want to give this title a pass, diehard aficionados of Colbert and MacMurray will surely want to bring home The Bride Comes Home. For Fans Only.