Claudette Colbert teamed up with Fred MacMurray for the 1935 romcom The Gilded Lily and the rest, as they say, was history. Though the story of how a cynical newspaperman transforms a jilted secretary into a tabloid sensation is amusing enough, it's the chemistry between the two actors that makes this sweet, endearing film so special. Very good video, solid audio, and a top-notch commentary track distinguish Kino's Blu-ray presentation of a movie that beautifully showcases its two stars (and a young Ray Milland, too). Recommended.

When Oscar-winning actress Claudette Colbert teamed up with a little-known newcomer named Fred MacMurray in 1935 for a romantic comedy called The Gilded Lily, no one could have predicted the two quickly would become one of Hollywood's most popular and beloved screen teams. Her polish and refinement contrasted well with his no-nonsense, average-guy persona and the resulting chemistry fueled a partnership that would spawn six additional pictures over the next dozen years. 1947's The Egg and I stands as their most memorable and popular film, but The Gilded Lily ranks a close second and remains a charming rom-com that shows off both stars to their best advantage.

The culture of celebrity and its serendipitous nature underscore this otherwise fluffy tale about a dreamy stenographer who can't shake her lofty romantic ideals long enough to realize her best friend is her soulmate. Marilyn David (Colbert) enjoys meeting savvy newspaperman Pete Dawes (MacMurray) every Thursday to share a bag of popcorn, shoot the breeze, and watch the world go by at their park bench rendezvous spot next to New York City's famed public library. Pete can't hide his love for Marilyn, but despite her deep fondness for him and dependence on his companionship and counsel, she views him merely as a dear friend, or as Pete puts it, her "Old Reliable."

Marilyn has definite ideas about love and they're put to the test when she literally bumps into Charles Gray (Ray Milland), an amiable, aimless, unemployed Englishman, at a crowded subway station. The chance encounter leads to a whirlwind romance that quickly becomes serious. Gray's good looks and charm beguile Marilyn, but his lack of ambition and willingness to coast along in life perplex her, so when Gray announces he's leaving for a couple of weeks to pursue a job offer, she's thrilled. After he's gone, though, she learns from the gossip pages of Pete's paper that Gray is really a wealthy English lord who's been visiting New York under an assumed name and is now headed back home to his upper-crust fiancée! 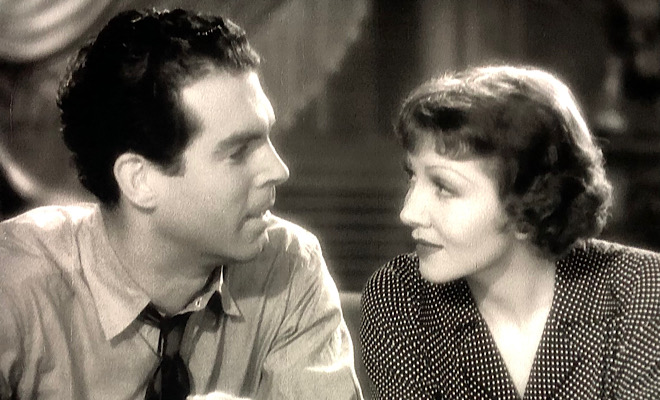 Devastated by his betrayal, Marilyn seeks revenge and Pete jumps at the chance to aid her cause, writing a series of bogus stories chronicling how Marilyn dumped Gray after he toyed with her. Almost instantly, Marilyn gains public sympathy and becomes a tabloid sensation. The paper dubs her "The 'No' Girl," and Pete parlays her notoriety into a nightclub act that becomes wildly successful despite Marilyn's complete lack of talent. Still wondering why Gray left her, Marilyn takes her show to London to find out, and with Pete in tow, things get complicated real quick.

The Gilded Lily may be 87 years old, but its incisive depiction of America's over-the-top celebrity culture still strikes a chord today. Marilyn is the 1935 version of Kim Kardashian, Paris Hilton, or any number of other luminaries who gained their fame by dubious means, and though she may not be the architect of her exploitation, she's more than willing to go along with it and reap its benefits.

Director Wesley Ruggles and screenwriter Claude Binyon (who would script two other Colbert-MacMurray films, as well as the Christmas classic Holiday Inn) also capitalize on the previous year's It Happened One Night, which won Colbert her Best Actress Oscar and chronicles the bumpy relationship between a runaway heiress and opportunistic newspaperman. Pete is a slightly softer version of the Clark Gable character from that iconic film, but his eagerness to cash in on Marilyn's heartache and risk humiliating her reflect the harshness and cynicism that pervaded the media in those days...and still drive it today. A big story and big payday often supersede romance in Depression Era comedies until, of course, the final reel when love must conquer all. 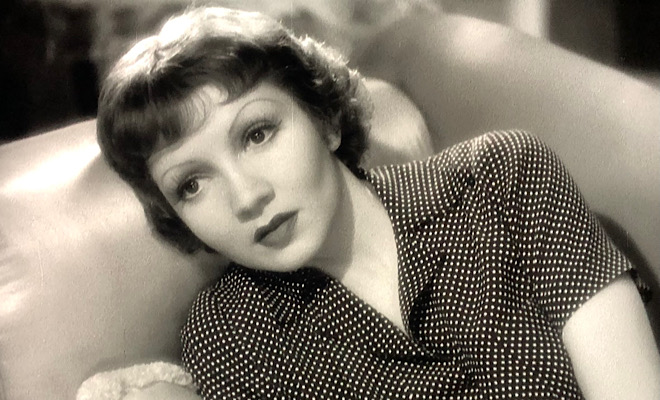 Much like Barbara Stanwyck, Colbert is a disarmingly natural actress who always seems 100% genuine no matter what role she plays. She's lovely, captivating, and utterly down-to-earth here, projecting an irresistible combination of spunk, vulnerability, disillusionment, and jaded worldliness. MacMurray, in only his second-billed role, seems equally at ease and files a wonderfully nuanced performance that belies his inexperience. (Reportedly, he was so nervous and so in awe of Colbert on the first day of shooting he could barely function.) If you didn't know The Gilded Lily was their first picture together, you'd swear they'd been co-starring for years. That's how comfortable they seem together and how well they click.

Milland, who had been around a few years longer than MacMurray but still had yet to break into leading roles, also impresses in a tricky part. We'd like to hate Gray, but Milland makes it difficult, charming us the same way he does Marilyn. A victim of his own wealth and privilege, Gray is hardly a cad, but he's shallow enough to keep us in Pete's corner throughout the film, and Milland plays him with just the right mix of sincerity and conceit. He and Colbert also create potent chemistry, which would flourish a few years later when they teamed up for two pictures - Arise, My Love, and Skylark - in the early 1940s.

Breezy, funny, sweet, and romantic, The Gilded Lily slips a bit of social commentary into its rom-com framework but still hits the spot as a Golden Age date night flick. Colbert, MacMurray, and Milland all shine in this delightful film that deserves to be rediscovered. 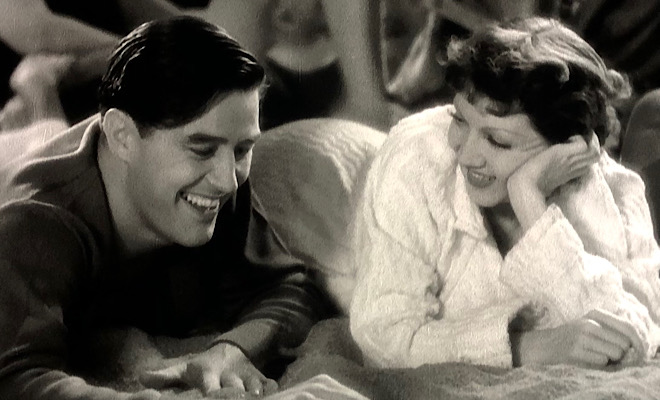 Vital Disc Stats: The Blu-ray
The Gilded Lily arrives on Blu-ray packaged in a standard case. Video codec is 1080p/AVC MPEG-4 and audio is DTS-HD Master Audio 2.0 mono. Once the disc is inserted in the player, the static menu with music immediately pops up; no previews or promos precede it.

Though no apparent remastering has been performed on The Gilded Lily, the 1080p/AVC MPEG-4 transfer looks surprisingly good, especially when one considers the film's advanced age. Clarity, contrast, and grayscale are quite good, and a natural but not overwhelming grain structure maintains the feel of celluloid. Rich blacks, well-defined, stable whites, and solid shadow delineation distinguish the picture, background details are easy to discern, jewels and sequins sparkle, falling snow is crisp, and sharp close-ups highlight Colbert's glamor and MacMurray's rugged complexion. Though faint vertical lines, some speckling, and other instances of print damage are present throughout, they rarely distract from the on-screen action. Until a proper restoration can be performed on The Gilded Lily, this transfer certainly suffices and should please the film's fans.

The DTS-HD Master Audio 2.0 mono track supplies clear, well-modulated sound without any of the tinniness that sometimes afflicts tracks from the early and mid 1930s. Atmospherics, such as the New York City traffic and crowd noise, come through cleanly, while sonic accents like whistles, applause, and the ship's horn are distinct. The incidental music sounds rich and full, no distortion is present, all the dialogue is easy to comprehend, and no hiss, pops, or crackle sully the mix.

A mix of romantic comedy and social satire, The Gilded Lily launched the screen partnership of Claudette Colbert and Fred MacMurray and remains a delightful romp today. The two stars instantly click in this amusing Depression Era Cinderella tale that also features fine work from a young Ray Milland. Though the transfer may not be perfect, it's good enough to show off all involved in a fine light and focus our attention on one of the most overlooked comedies of the 1930s. Recommended.