With its clever throwback to the grindhouse exploitation style of horror, House of Wax makes for a decently fun reimagining of a favorite cult classic. The slasher remake stumbles into Blu-ray courtesy of Scream Factory, featuring a strong video presentation, a better DTS-HD track, and a few new bonuses joined by the same set of supplements. Overall, the collector's edition package is Worth a Look for the curious and a recommended purchase for fans.

One of the few memorable highlights in House of Wax remains Paris Hilton meeting her gruesome demise about halfway through, and the metal pipe piercing her head with ease still seems like a deceptively sly jab at her talentless celebrityhood. Of course, making cracks at the expense of the once-popular socialite and media personality feels outdated, especially when her fame has long since waned over a decade ago. She's about as relevant as iPods, MySpace, "Crackberries" and taking selfies with an actual digital camera. And yet, seeing her vacuous character run from her imminent death at the hands of a disfigured and demented wax figure sculptor still brings a chuckle, even if it stems from a nostalgic annoyance. Then again, her kill is also one of the most creative and effective of that period, made all the more hilariously cringy when the killer slowly pulls the pipe out her head while pushing with his foot.

And the amount of creativity involved is the other memorable highlight in an otherwise forgettable and predictably silly production. From director Jaume Collet-Serra (The Shallows, Jungle Cruise, Black Adam) in his English-language debut, the arguably needless horror remake is, at least, a gorily fun reimagining of the Vincent Price classic, which was itself a remake of the 1933 pre-Code mystery thriller. Rather than a straightforward retread, Collet-Serra and company remold the original story into a familiar teen slasher with a grindhouse exploitation flair that almost comes across as an ingeniously understated homage. The details about the town of Ambrose and the theme of good-and-evil twins add a clever twist for those familiar with the aforementioned classics. Much of this is sadly undermined by the flat, unsympathetic characters, but overall, House of Wax remains good silly fun. 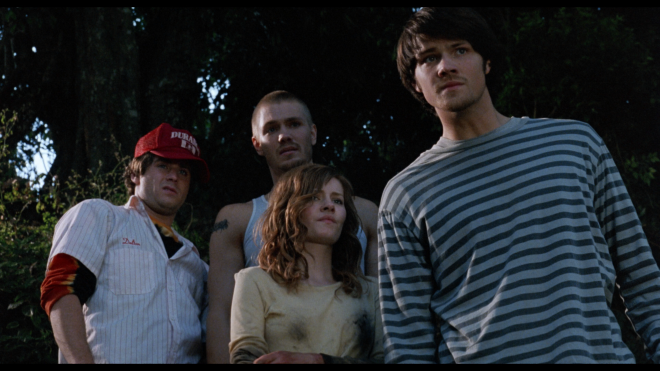 For a more in-depth take on the film, check out our review of the 2006 Blu-ray HERE.

Shout! Factory brings House of Wax to Blu-ray as a Collector's Edition package under the distributor's Scream Factory line. The Region A locked, BD50 disc is housed inside the standard blue case with brand new reversible cover art and a cardboard slipcover. At startup, the disc goes to a static menu screen with the usual options along the bottom and music playing in the background. 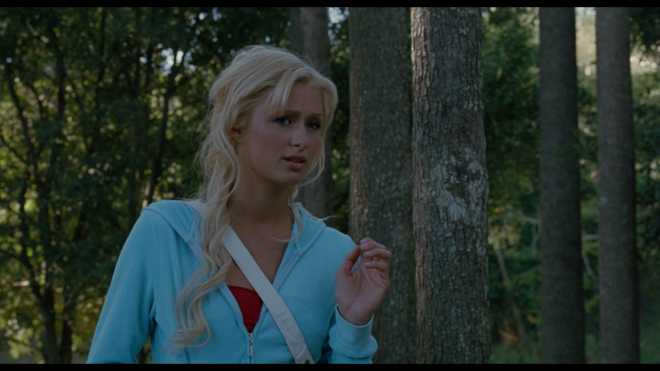 The cult slasher flick originally hit home video during the early days of Blu-ray and was plenty acceptable for that time. But fifteen years later, the movie can't compete with the best the format has to offer, and this new 1080p/AVC MPEG-4 encode, which was struck from a fresh 2K remaster of the interpositive, is largely hindered by the particular look and style that the filmmakers were aiming for.

Director Jaume Collet-Serra and cinematographer Stephen F. Windon were going for a gritty, grindhouse-like 70s exploitation aesthetic, bathing the visuals in a densely thick and very prominent grain structure that thankfully, is fairly consistent throughout. On that end, it can be argued that this HD transfer is faithful to those artistic intentions, making for a relatively great and striking presentation. The color palette noticeably favors warm earth tones, showering the action and violence in lots of browns, yellows and tans, which is to its benefit, especially during the last quarter inside the Sinclair house and the wax museum. Primaries, like reds and greens, are also bold and richly saturated. But strangely, skin tones tend to fluctuate from a healthy, peachy rosiness one moment to anemic and sickly — sometimes within the same scene.

On the other hand, the heavily stylized photography falls on the softer side. Granted, a few sequences here and there show some sharp detailing in the surrounding foliage, the buildings and the individual hairs of the cast. But there are several poorly resolved and average scenes, as well to counter the video's best moments. Many of these same scenes also come with a slightly above average contrast balance, which again, is in line with the deliberate aesthetic but also makes for a flat and lackluster 1.85:1 image. Black levels, on the other hand, are accurate and true with strong shadow details even though they generally fail to add much depth. (Video Rating: 68/100) 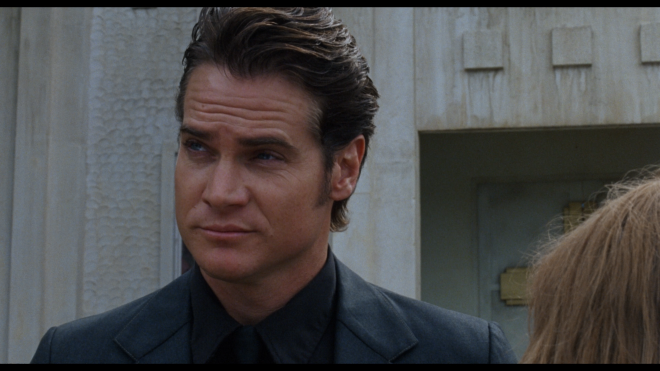 On a more positive note, the movie crashes into home theaters with a great DTS-HD Master Audio 5.1 soundtrack, which is a welcomed step-up from the Dolby legacy track of the previous Blu-ray. It doesn't offer the sort of night-and-day difference we'd expect, but the front-heavy presentation is nonetheless satisfying, exhibiting better clarity and definition in the mid-range. Most notably, this benefits John Ottman's excellent score, displaying outstanding separation and fidelity in the orchestration while the action scenes remain detailed during the loudest peak frequencies. The low-end, however, is a tad lacking for a good chunk of the runtime, but it finally picks up in the second half to provide the music and visuals some appreciable weight and presence. All the while, dialogue is precise and very well-prioritized from start to finish. Much of the activity is maintained across the front soundstage, which may be part of the grindhouse intentions of the filmmakers mentioned above. In either case, atmospherics smoothly pan between the three channels with excellent balance and convincing effectiveness while the sides are relatively silent, except for some mild bleeding from the music. (Audio Rating: 76/100) 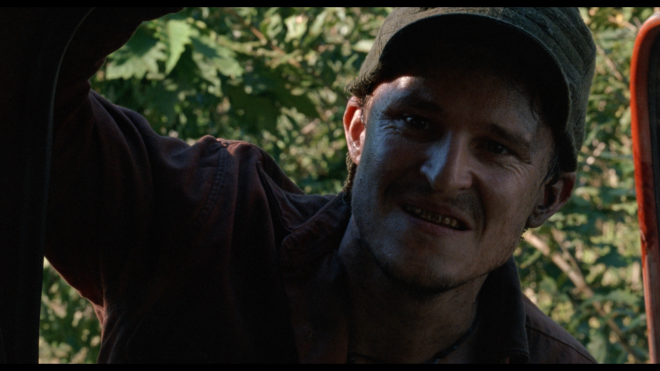 For this collector's edition Blu-ray, the same assortment of supplements is ported over from previous releases and joined by several new additions. 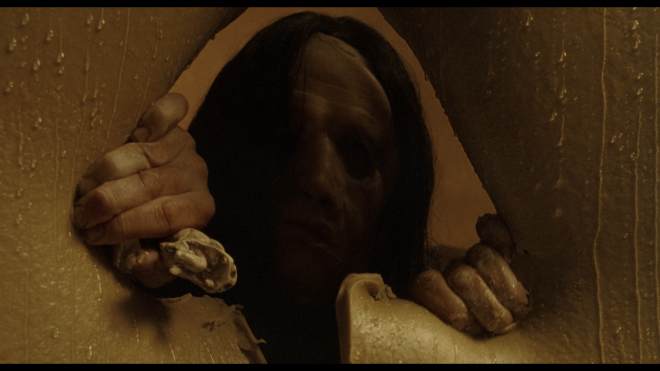 Neither terrible nor great, House of Wax is a decently fun reimagining of a favorite cult classic that also works as a clever throwback to the grindhouse exploitation style of horror. Sadly, whatever positives are to be found in this production is undermined by an ensemble of unsympathetic and unlikeable characters. The cult slasher remake stumbles into Blu-ray as a collector's edition courtesy of Scream Factory, featuring a strong if also a heavily stylized video presentation and a better DTS-HD MA soundtrack. Featuring the same set of supplements along with a few new surprises, the overall HD package is worth a look.