Paramount Pictures gathers up some of their finest films (including two from Miramax they now have the rights to) and delivers fans the fourteen-disc Best Picture Essentials - 10-Film Collection. While some of these titles have been (or are about to be) given excellent 4K UHD Blu-ray releases, this set is a great way to expand a collection of some of the studio's best cinematic efforts with solid 1080p Blu-rays. On top of that, Paramount didn't skimp on bonus features giving relevant titles the previously included bonus features discs as well, so you're not missing anything there. If you need a few of these in your collection or know someone who could use a few good movies, this is a convenient all-in-one package. Recommended.

Reviewing collections like Paramount's Best Picture Essentials - 10-Film Collection is never an easy prospect. This is especially the case for our website where most of these discs have been available for nearly ten years or longer, have been reviewed multiple times, or in the cases of Gladiator and Forrest Gump also have had format upgrades to 4K UHD Blu-ray and have been reviewed by multiple people over the years who are either still with us or have moved on. Then there's the fact that there's nothing new for these releases, so the idea of purchasing this sort of collection comes down to running the numbers. If you're not planning on going into 4K UHD Blu-ray anytime soon -  or ever - it's not a bad option. If you don't own all or any of these films, this is an incredibly cost-saving and convenient method. If you already own a few of these or if you're onto 4K, frankly the prospect of this set is pretty limited and it's just not for you.

As I said, we already covered all of these before so I won't go to great lengths on the review side. I'll offer a quick two-cents about where I feel they stand in my own personal opinion. With that, I encourage you to follow the links in the introduction to read our full coverage.

Much like James Cameron's other international blockbuster mega-success, Avatar, people love it, hate it, or are like me are just enjoy it for what it is - well-constructed epic popcorn-chomping entertainment. This is an impressive intricately designed production. Sure the story is simple and the characters dramatically flat - but it's an eye-catcher and I feel still holds up today and deserved its hard-earned accolades. 4/5

I find myself in the camp that thought this was great the first time I saw it in theaters as a kid, but every subsequent viewing over the last twenty-odd-some years is insufferable. I try to like it now, I really do. Performances are great, the visual effects are still impressive and I appreciate the earnestness, but I just can't get past the drowning in nostalgic yesteryear sap. 3/5

No Country For Old Men 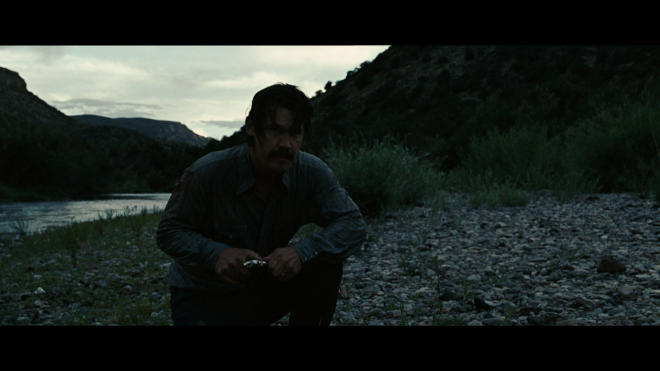 From the minute I put down the book I knew this would be an amazing movie. I still feel that way today as it's not only one of the best Coen Brothers movies, it's one of the best thrillers ever made and I dearly wish it'd get the good and proper 4K UHD Blu-ray upgrade that it deeply deserves. 5/5

This weepie still packs an emotional wallop. The performances are pitch-perfect with this family drama never losing sight of its heart and focus and dodging over-sentimentality. It's also the only movie I can think of that actually makes you actively hate Jeff Daniels. 1983 was a great year for movies, Tender Mercies and Silkwood were worthy competitors for the "Best Picture" title, but this remains a genuine classic. 5/5 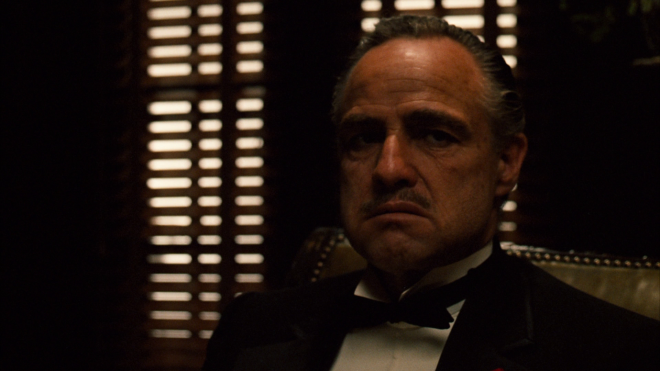 Again, another amazing piece of American cinema that absolutely needs to be on 4K UHD Blu-ray - and will soon, but that wait is getting harder and harder to hold out for. Francis Ford Copola turned Mario Puzo's sprawling literary masterpiece into an iconic event. It's The Godfather, there's nothing more I can add to the discussion other than to say there's never a wrong time to watch this movie. 5/5

Don't get me wrong, I love Ridley Scott's sword and sandal opus. It's lavish, magnificently produced, and directed production with a fierce career-making role for Russell Crowe. But was it a "Best Picture worthy" film? I waffle on that notion. Traffic, Chocolat, and Crouching Tiger, Hidden Dragon were all excellent and probably better suited for the title. 4/5 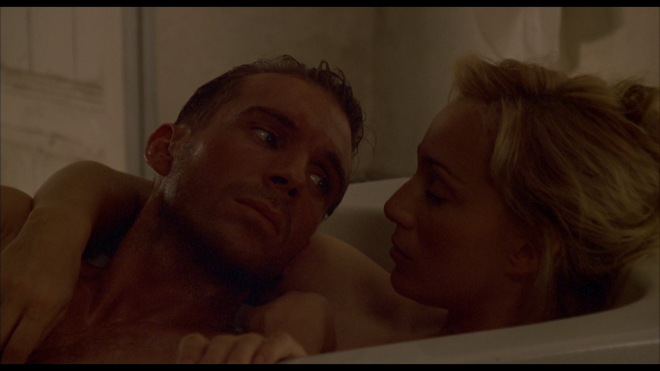 Alright, I'm going to side with Elaine Benes with this one, I hate this movie. Hate may be a strong word, but I don't like it and I never want to or have ever felt the need to see this movie again. Second only to Babel do I have such an instantaneous physical dislike for a movie. It's long, boring, you feel it constantly shooting for that Oscar in the worst way. It's beautiful to look at and I'll give credit for performances, but I think this is an awful movie to endure more than once in a lifetime because it takes a lifetime for the credits to finally roll. 2/5

This is another one where I have difficulty with the title "Best Picture." I loved it when it came out in theaters as an angsty teenager moving into my college years trying to find inner meaning in everything I saw. I was that damn plastic bag! Today, Keven Spacy issues notwithstanding, I just don't connect with it. Sam Mendes made his name here so that's been worth it - The Insider, The Green Mile, and The Cider House Rules were better movies in my book. 3/5 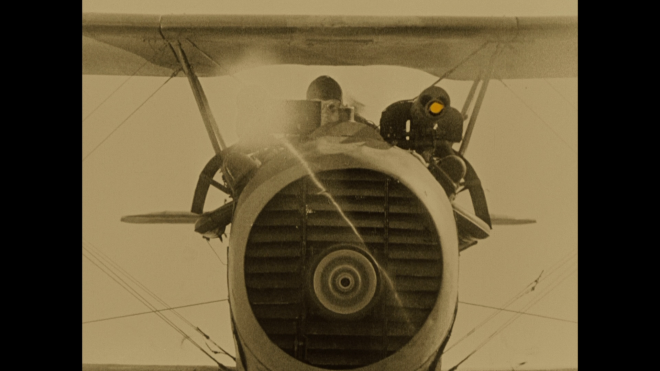 This 1927 epic was the first film to win the now coveted Best Picture Oscar. For its time, Wings was an amazing production offering impressive art design, amazing aerial photography, and action-packed combat sequences - without losing the human element. If you've never seen this one, it's long past time for you to check it out. 4/5

I'm not a big fan of musicals. With few exceptions, I feel like they can be overlong, padded, and I get pretty irritable when a one-minute conversation becomes a five-minute song. My Fair Lady is one of those exceptions. It could be Audrey Hepburn's natural charm, it could be Rex Harrison's sweaters - but this one sticks for me as one of the best. The three-hour run time never lags a minute. 4/5

The Blu-ray: Vital Disc Stats
The Best Pictures Essentials - 10-Movie Collection arrives in a fourteen-disc Blu-ray + Digital set from Paramount Pictures. The discs are spread out between two seven-disc hard cases and bound together by a basic paper slipcover. Each case has somewhat unique artwork to reflect the titles inside. The digital copy codes are printed on two double-sided slips of paper. None of these discs are any different than what's already been out on the market for years.

As previously mentioned - all of the discs presented in this set are repackages of past releases. They were very good for their day, but with 4K UHD Blu-ray on the scene, it's a bit of a disappointment that Paramount didn't go the Sony path with their excellent Columbia Classics Volume One set. It's worth noting that Gladiator, Forrest Gump already have 4K UHD releases with My Fair Lady coming very soon and The Godfather giving 4K fans an offer they can't refuse next year.

Also, The English Patient and No Country For Old Men aren't originally Paramount releases, they were originally released by Miramax and have been reissued a few times by the various different rights holders. The discs here while baring the Paramount monicker, aren't any different than what's already out there. And for ease of mind, the Gladiator disc appears to be the properly remastered edition after the botched first release from the Saphire Series from Paramount.

Again, nothing new here in the audio department. Many of these discs that have gotten newer 4K releases earned DTS:X audio tracks that easily surpass these original releases. These are still very good, for the most part - Wings doesn't really have much of an auditory presence for good reason, but the score for it is great!

Likewise, for the Special Features, some titles have a great assortment of extras, some have very few. What's nice to see here is that Paramount also included the bonus discs for movies like Gladiator, Titanic, and Forrest Gump so you're not missing any of the extras that were released with those Saphire Series editions. Taken as a whole you have many hours of excellent extra features to pick through on this set!

If you're looking for a convenient way to rapidly grow your Blu-ray collection, it doesn't get much better than The Best Pictures Essentials - 10-Movie Collection. This set represents 10 Best Picture Oscar winners - although only eight of them were actually released by Paramount, two of them they merely own the rights to now. While these all won Best Picture, you may not feel each of them is actually worth that accolade, I have my misgivings about a couple of them.

As all of the discs in this set have already been released over the years, there's nothing new here. With 4K on the scene, three of these have already enjoyed bigger and better releases with more on their way in the next year or two. This set really is only great for those not intending to update their home theater setup anytime soon. If you want a convenient way to add a bunch of great movies to the collection, this is great. If you're looking to give someone a gift - this is pretty excellent. Overall this is a Recommended set - but for some of these titles, it's not the best release available.