Witchcraft, teenage angst, and modern goth culture all hit the spotlight in 1996 with the cult-hit film The Craft. Almost twenty-five years later, Columbia Pictures partnered with Blumhouse Productions and made a distant sequel titled The Craft: Legacy for modern times. While the former film basked in its teenage angst among high-school prom queens that are blatantly racist and teenage guys who don't take no for an answer when it comes to romance that resulted in murder and mayhem, this sequel plays its cards a little lighter with a fresh take on being woke, kind, and gentle against their fellow classmates as four friends form a supernatural bond that will take them places beyond their imagination. The Craft: Legacy is a sequel done right with all the necessary fun, scares, and homage to the original film, even if the film's message is a bit too on the nose. 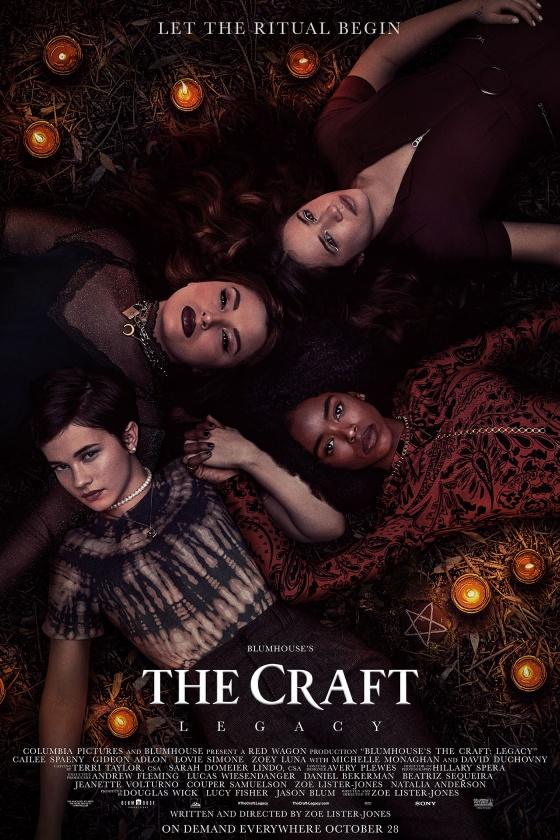 Actress turned filmmaker Zoe Lister-Jones (Life In Pieces) takes on another feature film here and sets the tale much like the first film where Lily (Cailee Spaeny from Bad Times At The El Royale) fills in for the Robin Tunney character, is the new girl with her single mom in town. With no friends around on her first day of class, she, unfortunately, has a menstruating accident in class, where a couple of guys mock her. Luckily, three friends Frankie (Gideon Adlon), Tabby (Lovie Simone from Selah And The Spades), and Lourdes (Zoey Luna) make her feel comfortable in the new school and not to worry about bleeding in class. These three women figure out Lily has certain powers just like them and the trio becomes a quartet, needing that fourth witching element to complete their coven.

Instead of harming their bullies in sadistic ways, these new friends simply bewitch them into being better people, which is one of the few new fantastic directions this movie takes. The main jerk in the film Timmy is now the sweet, sensitive, and apologetic guy on campus, who becomes friends with Lily and the others and is more or less the main conscious of the film as it progresses. Meanwhile, Lily and her mother Helen (Michelle Monoghan) move into a giant estate inhabited by a motivational speaker named Adam (David Duchovny) and his three sons. There is certainly trouble brewing inside this household as Adam becomes increasingly bizarre and sinister. As the four witchy women are doing their best to make their town and classmates better people, Lily discovers out some news about her past that takes the film to an excellent and surprising place that is sure to please a ton of fans.

What Zoe-Lister Jones adds to this sequel is compassion and the art of being subtle, which was desperately needed in this story, when compared to the original film. While The Craft has its own merits, it suffered from being a tad bit violent and angry along with some shoddy visual effects that took up a lot of screen time. With The Craft: Legacy, that's not the case as Lily and her trio of friends just want to be ina happier spot and make the world a better place, which is something the world needs more of now. Additionally, Jones takes the witchcraft element to a much more grounded arena with fun, quick levitation scenes, and the use of fire and wind out of the girl's fingertips in such a good way. It never deviates from the story at hand and comes across as more realistic and furthers the character dynamics more.

The performances are all solid here where the women all have their time to shine with some good dialogue and some genuinely dramatic moments of struggle with their decisions, including a great debate of bewitching their classmates into romance without their consent. It's a fantastic little take on this subject that is explored very well. One minor flaw is the film's overall message of female empowerment and the dynamic between men and women, which the film's message is great, but the screenplay was lacking in these certain sequences that were too forced and on the nose with. characters displaying what exactly the message was as if they were running for congress. It's a small complaint in an otherwise phenomenal sequel that can ride its own broomstick, furthers the story, and even sets up for a thrilling and amazing third film with one big surprise. The Craft: Legacy is a sequel done perfectly right. 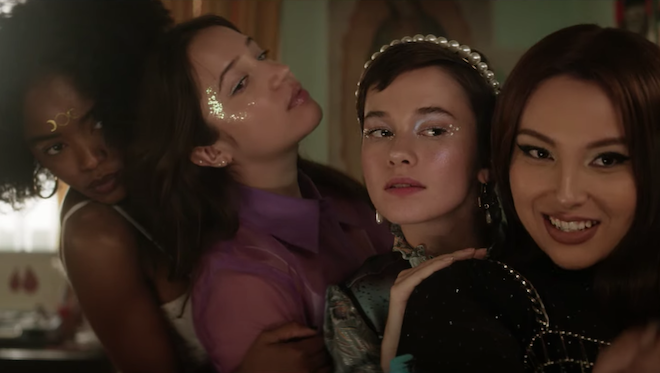