The Craft is about four high-school girlfriends who happen to be witches, but when their power and greed get the best of them, the four friends become enemies. The themes and characters are as relevant today as they were some 20 years ago. As a Collector's Edition Blu-ray, there are some excellent new special features, but the a/v presentation appears to be identical to the original 2009 Blu-ray. So,  if all you want to do is revisit the movie, that copy should suffice; if you want to check out the new special features, this Collector's Edition is Worth a Look for fans. Still, it's hard to justify the premium pricing. 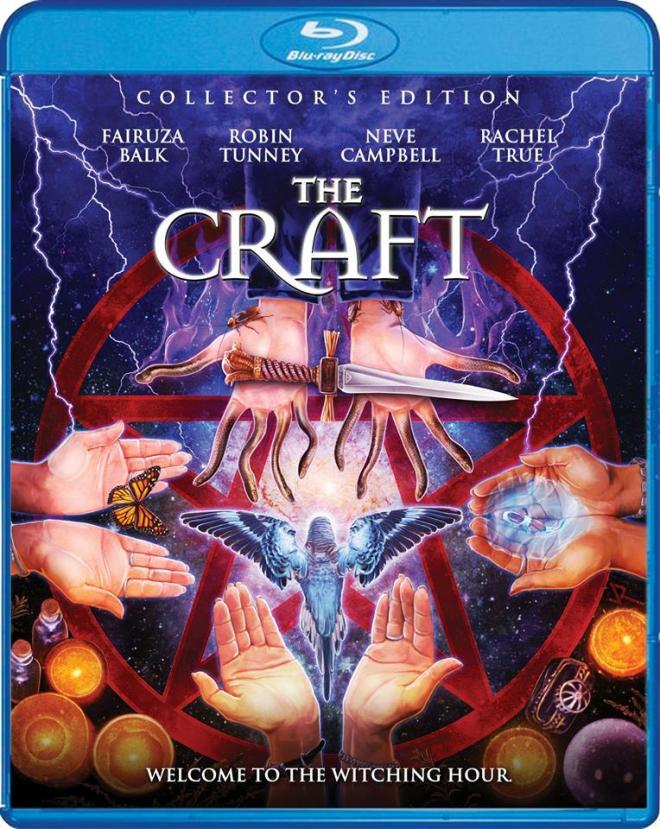 The Craft is so much more than a high-school horror-comedy or a sadistic revenge horror film. Director Andrew Fleming and writer Peter Filardi came up with a brilliant set of characters and focused more on their friendship and individual flaws that ultimately brought the house down than ditzy teenagers on a mission from hell. After all these years, The Craft stands tall on its own and is easy to see why so many people have given the film cult status.

The film follows Sarah (Robin Tunney) who is new to town and starts High School. She has some special abilities that can be aligned with witchcraft, which draws the attention of Nancy (Fairuza Balk), Rochelle (Rachel True), and Bonnie (Neve Campbell), who all have, more or less, the same abilities. The four end up friends and use their powers to help themselves in school, such as homework and other light-hearted actions. Soon though, we realize that Sarah has bigger powers than the rest, which gives the other girls better powers to cast spells with.

This leads them to summon a witch-god so that the four of them can become all powerful. The successful summon has bad consequences though, making the girls meaner and even deadly. Bonnie wants to be more beautiful, Rochelle tortures her bullies to disastrous effect, and Nancy kills her stepfather and just wants power over everyone and everything. Meanwhile, Sarah just wants to use her powers for good, but the other girls have other sinister plans that will pit the once good friends against each other as mortal enemies.

Fleming and Filardi use the teen angst and awkward high school years as a stepping point for these characters. What starts off as harmless and playful turns into something chaotic and evil, while their hormones are raging, so are their magical powers and spells to hurt one another and everyone else. It also showcases what friends would do if they had an unlimited supply to power and how it would corrupt their friends and themselves and I do believe the filmmakers accomplished this perfectly here.

The actresses all bring in amazing performances as well as they struggle with their bonds of friendship, love, and emotions of hate, greed, and power. Still to this day, The Craft continues to impress with its raw and balanced sense of teenage years and friendship. This is one 1990's horror film that will indeed stand the test of time.

The Craft comes with a 50GB Blu-ray Disc from Scream Factory. The disc is housed in a hard, blue plastic case. There is a cardboard sleeve and the cover art is reversible. There is no digital download or copy. 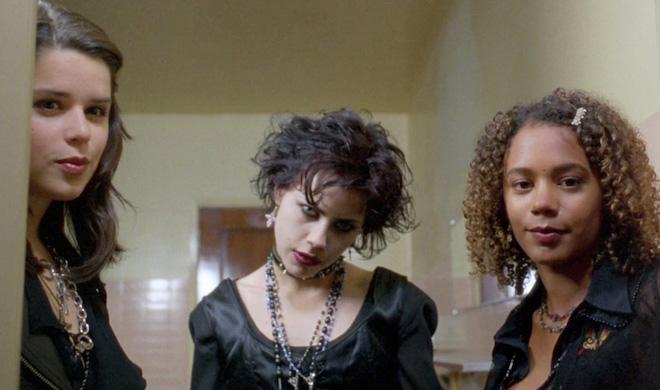 This Collector's Edition of The Craft appears to feature the same 1080p transfer as the original 2009 Blu-ray, which is unfortunate because it still looks rough.

Presented in a 1.85:1 aspect ratio, detail is rather soft and murky most of the time. There aren't a ton of sequences or closeups where facial features or costumes are vivid and sharp with textures or individual hairs. All of the smoke, flying glass debris and 1990's visual effects look silly, as well, if not a bit pixelated. Wide shots of the women on the beach and at school all look flat. Film grain fluctuates and swarms in darker scenes, but can look great during well-lit exterior shots. Colors aren't too bright or bold, but are rather muted and pale. The purples, reds, and greens look decayed and anemic. Even the blue skies are hazy and pallid. Black levels tend to bleed over and are never deep or rich. Skin tones are also a bit on the warm side.

Despite its Collector's Edition status and premium pricing, The Craft almost looks like a DVD copy. 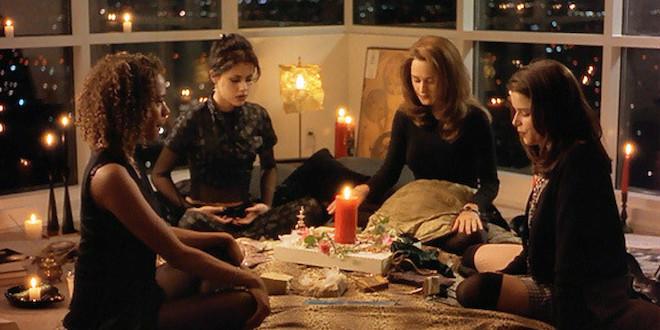 Though it too appears to be the same mix as before, this lossless DTS-HD MA 5.1 audio mix is still great. Sound effects are robust and loud, fully engulfing the surrounds quite often. Seances, spells, and other haunting effects sound exquisite with excellent directionality. The swirling effects of smoke and spells also sound excellent, smoothly transitioning from one speaker to the next. Explosions of glass, props, and other thunderstorms effects are powerful with the right sound dynamics that fully immerse you in the moment.

The smaller sounds of whispers and snakes hissing are all top notch. The music always adds to the suspense and comedy for the film, while the 90s songs bring back that nostalgic feeling. Dialogue is clear, clean, and free of any pops, cracks, or hiss. The bass kicks in at sporadic moments and is not a consistent force, but when it hits, you'll feel it.

I was impressed, to say the least. I just wish the above video presentation was as good as this audio mix 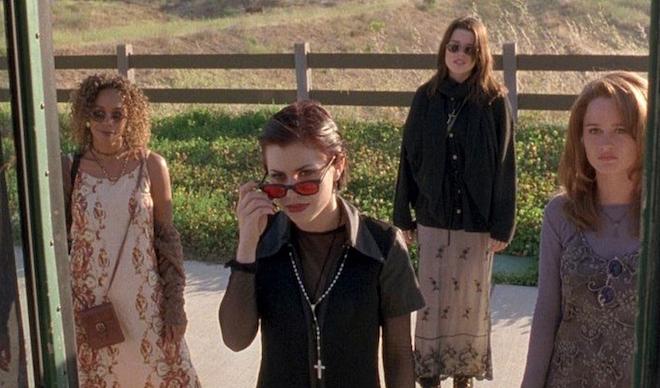 Four new featurettes join a collection of deleted scenes, vintage EPKs, an audio commentary, and the theatrical trailer. Overall, it's a nice set and well worth watching. 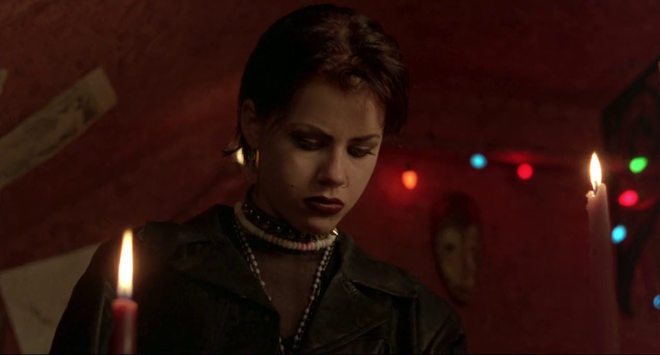 The Craft touches on female empowerment, bullying at school, loyalty between friends, and the Wiccan religion. The themes, costumes, and characters have become relatable in recent years, where the movie has become a true cult icon. I'm happy to say it holds up better nowadays than it did back in the 1990s, despite the cheesy visual effects.

Unfortunately, this Collector's Edition is a bit of a mixed bag. The new bonus features are quite a lot of fun to watch and the 5.1 DTS-HD MA is still solid, but the 10-year-old video presentation is quite flawed. If you're a fan and love bonus materials, this new set is Worth a Look.

If you just want to revisit the movie, we'd suggest streaming or picking up original 2009 Blu-ray, which you can find for about $10.

Sale Price 29.99
Buy Now
3rd Party 32.28
In Stock.
See what people are saying about this story or others
See Comments in Forum
Previous Next
Pre-Orders
Tomorrow's latest releases