A soldier, a dancer, a love affair, and the war that ruins it all. That's Waterloo Bridge, a beautifully made, heartbreaking romantic drama that features a luminous portrayal by Vivien Leigh in her first film after Gone with the Wind. Superior direction from Mervyn LeRoy, a literate script, and top-notch production values also distinguish this elegant movie that still rings true 80 years after it first premiered. A brand new 4K master yields a stunning transfer, and solid audio and a couple of supplements round out this impressive Warner Archive Blu-ray presentation. Highly Recommended.

How do you top Scarlett O'Hara? That was the question on everyone's mind after Vivien Leigh won the Best Actress Oscar for portraying arguably the most famous heroine in motion picture history. Producer David O. Selznick ended the speculation by casting Leigh in MGM's remake of Waterloo Bridge, a tender, tragic romantic drama that trades Gone with the Wind's massive scope for quiet elegance and intimacy. Though Myra Lester, a young, impressionable ballerina who falls in love with a dashing British officer in World War I London, lacks the spitfire of Scarlett, the dimensional role would be a refreshing change of pace for Leigh and produce one of her finest performances.

Leigh is luminous as Myra, who meets Col. Roy Cronin (Robert Taylor) by chance on Waterloo Bridge before rushing to an air raid shelter with him when bombs begin to fall. An instant attraction leads to a hasty engagement, but before the couple can marry, Roy is called to the front in France. Myra's desperate yet unsuccessful attempt to see him off causes her to miss a critical ballet performance, which prompts her dance troupe's dictatorial leader, Madame Olga (Maria Ouspenskaya), to dismiss her and her roommate Kitty (Virginia Field) from the company.

With jobs almost impossible to find in war-torn London, Kitty turns to prostitution to support herself, and after Myra learns Roy has been killed in action, she reluctantly does the same. It turns out, though, Roy isn't dead, and when Myra runs into him - again by chance - while looking for pickups at Waterloo Station, a rapturous Roy can't wait to bring her to his family estate in Scotland before tying the knot at last. Ashamed over what she's become, Myra can't bear to tell Roy about her tawdry life, but the stress of deception takes a toll and threatens to ruin her fairy tale romance.

Adapted from a play by Robert Sherwood, Waterloo Bridge was first filmed in 1931 prior to the adoption of Hollywood's stringent Production Code. Censorship rules in 1940 necessitated narrative changes, but in a surprising twist, the alterations actually improve the story, heightening its dramatic impact and tragic elements. Though prostitution is never explicitly mentioned, the implication is quite clear, and the contemporary bookending of the tale, in which a present-day Roy recalls his ill-fated love affair as he prepares for service in World War II, adds a touching dash of nostalgia and melancholy to the film.

LeRoy was a distinguished director (Little Caesar, I Am a Fugitive from a Chain Gang, Random Harvest, Thirty Seconds Over Tokyo, Quo Vadis, Mister Roberts, The Bad Seed, and Gypsy are just a handful of his noteworthy credits), but despite a stellar four-decade career, his name lacks the notoriety of such revered craftsmen as Ford, Hawks, Wyler, and Capra. One reason might be his straightforward approach that favors story over style, but some stunning shots and striking sequences (most notably, the devastating climax) enhance Waterloo Bridge and help make it one of LeRoy's most artistic and moving films. 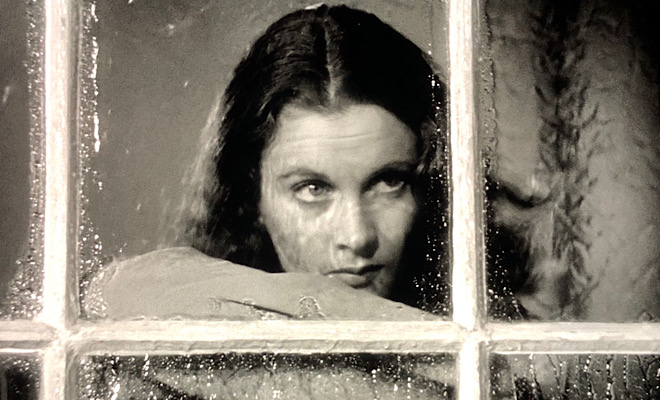 Leigh's two greatest roles (Scarlett O'Hara and Blanche DuBois in A Streetcar Named Desire) required her to adopt a Southern accent, making it difficult for many of us to reconcile her British roots. Waterloo Bridge allows Leigh to embrace her heritage within the Hollywood framework and play a softer, more vulnerable, and more likable part that provides a sharp and welcome contrast to the vixenish Scarlett. Utterly charming and often heartbreaking, Leigh files a natural, captivating, deeply emotional portrayal and is lovingly photographed by Joseph Ruttenberg.

Leigh hoped her husband-to-be Laurence Olivier would star opposite her, but when MGM assigned him to Pride and Prejudice instead (and she lost the part of Elizabeth Bennet to Greer Garson), Leigh had to settle for matinee idol Robert Taylor. Though she enjoyed a fine rapport with Taylor in A Yank at Oxford a couple of years earlier, Leigh wasn't thrilled about a screen reunion. The pairing, however, works well. Taylor may lack a British accent (he's the only performer in the film who doesn't have one), but he projects just the right mix of strength and sensitivity, and nicely combines boyish enthusiasm with a manly swagger. Taylor would later credit Waterloo Bridge with expanding his range as an actor, and cited it as his favorite among all his films.

Leigh, too, revered the movie. The legendary actress only made 19 films over the course of her 30-year career, and only eight after Gone with the Wind. Along with A Streetcar Named Desire, Waterloo Bridge ranks as the best of those pictures and contains some of her finest work. Though MGM would remake the timeless love story one more time in 1956 with Leslie Caron and John Kerr (and tack on a sappy happy ending), LeRoy's 1940 treatment stands as the definitive version and remains an enduring classic. Waterloo Bridge holds up quite well today and still possesses the power to provoke a palpable emotional response. 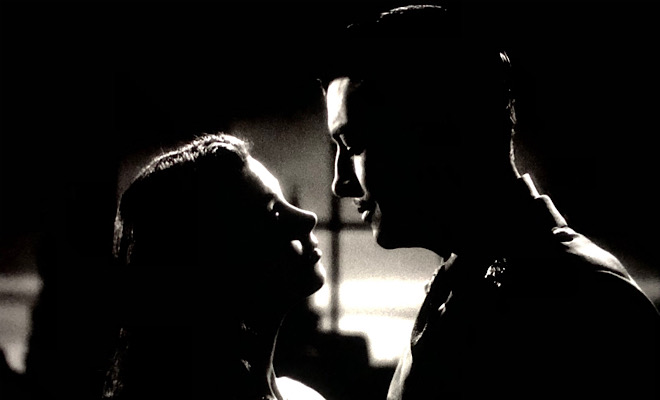 The 1940 version of Waterloo Bridge arrives on Blu-ray packaged in a standard case. Video codec is 1080p/AVC MPEG-4 and audio is DTS-HD Master Audio 2.0 mono. Once the disc is inserted into the player, the static menu without music immediately pops up; no previews or promos precede it.

A brand new 4K restoration of Waterloo Bridge yields a glorious 1080p/AVC MPEG-4 transfer that maximizes the visual impact of Joseph Ruttenberg's lush, Oscar-nominated cinematography. Light grain preserves the feel of celluloid, while excellent contrast and clarity highlight all the fine details of the lavish and dingy sets, elegant and tawdry costumes, and urban and rural exteriors. Rich black levels produce stunning silhouettes and contribute to superior shadow delineation, bright whites remain stable and sharp throughout, and all the grays in between exude wonderful variance.

Close-ups, especially those of Leigh, are breathtaking. Has Leigh ever been photographed more lovingly? I think not. Even when careworn, Leigh's face is classically beautiful, and Ruttenberg's perfectly framed and lit tight shots celebrate its iconic loveliness. A view scenes exhibit hints of softness, but not a single nick, scratch, or errant mark mar this pristine presentation. Waterloo Bridge has never looked better, and this superior remaster preserves this captivating yet tragic romance for all time.

The clear, well-modulated DTS-HD Master Audio 2.0 mono track remains largely unobtrusive, but flexes its muscle when necessary. Waterloo Bridge is a rather quiet film with only a few sonic accents like air raid sirens, distant bomb strikes, and the rumbling engines of army transport trucks punctuating the action. All those effects are crisp and distinct, and a wide dynamic scale handles the highs and lows of Herbert Stothart's romantic, Oscar-nominated music score without a hint of distortion. All the dialogue is well prioritized and easy to comprehend, and any age-related hiss, pops, or crackle have been erased.

A beautifully made yet devastatingly emotional romantic drama, the 1940 version of Waterloo Bridge still wields tremendous power eight decades after its initial release. This heartbreaking World War I love story features a luminous performance by Vivien Leigh and superior work from her dashing co-star, Robert Taylor. A brand new 4K remaster yields a stunning transfer that showcases Leigh's loveliness, while solid audio and a couple of supplements round out Warner Archive's top-notch Blu-ray presentation. Waterloo Bridge stands as one of the all-time great romantic dramas and comes very Highly Recommended.