Ghost Dog: The Way of the Samurai - Criterion Collection

Ghost Dog: The Way Of The Samurai is a fantastic early film from director Jim Jarmusch that focuses on a peaceful samurai warrior in New Jersey who moonlights as a hitman for the Italian mafia complete with original music from RZA. Criterion brings this film to a new 1080p HD transfer and a DTS-HD 5.1 audio mix, along with several great bonus features, both new and old. Highly Recommended. 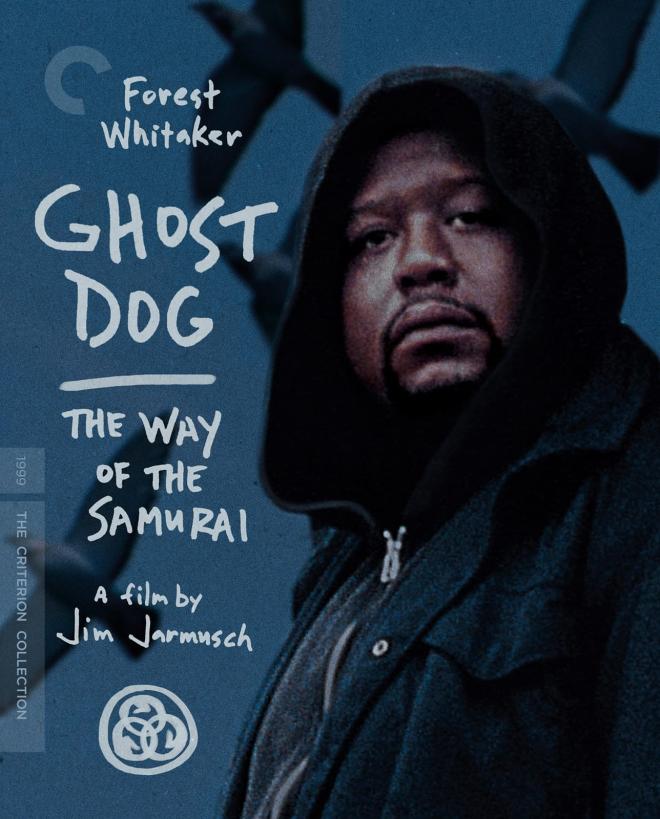 From a full-contact Kumite in Hong-Kong (Bloodsport) to the mafia-run streets of New Jersey, Forest Whitaker removes his up-tight military police character from the limelight to become a quiet, slick ninja in Jim Jarmusch’s early film Ghost Dog: The Way Of The Samurai. With similarities to Jean-Pierre Melville’s 1967 film Le Samourai, where both films focus on killers who live by a code of ethics the same way John Wick does, where their assassinations and murders define who they are. In essence, their work is a ballet of violence, but Jarmusch takes it a step further with Ghost Dog: The Way Of The Samurai by allowing his character to explore two different mindsets - an old school peaceful samurai and that of a modern-day hit-man for the mob. The results are outstanding.

The movie follows Ghost Dog (Whitaker) who is a hit-man for an Italian mob in New Jersey, specifically answering to the boss Vargo and the underboss Louie, who saved his life many. Years ago, where Ghost Dog now feels indebted to him, which of course is an element of being a samurai. In fact, Ghost Dog reads, believes, and lives on the words written in his Hagakure - a few small passages that teach the reader how to become a peaceful warrior. Somewhere down the road, Ghost Dog is sent on a hit, where he does not kill a girl in the room with his intended target, which leads to the mafia to put a hit out on Ghost Dog in fear of police involvement. The catch is that nobody really knows who Ghost Dog is since he and Louie have only communicated through carrier pigeons since he saved his young life all those years ago. Leading a solitary and quiet life, the only real friend Ghost Dog has come in the form of a French ice cream truck owner and a young girl he befriends who seems interested in the way of the samurai.

Ghost Dog: The Way Of The Samurai tells its story in a unique way that mixes some dark humor and a violent drama into one as the titular character himself must bring both aspects of his life - the peaceful samurai and the violent hit-man together in unity before the sun goes down. Whitaker perfectly portrays these two emotional worlds from dealing with mob guys to finding his pigeons massacred on the rooftop. The comedy takes place mostly with the Italian mob as they are more or fewer caricatures of themselves, speaking in vulgar sentences in a thick Jersey accent, complete with outrageous jumpsuits, along with a cringe-inducing scene where one of them tries to rap. Jarmusch wanted to merge these two cultures and genres where Ghost Dog would take down the over-the-top belief system in the mafia that romanticizes their brutal practices. At the same time, the ancient beliefs of the samurai are just as excessive, yet on the other end of the spectrum. It’s a fine line he walks, but it’s done perfectly here.

With a stoic and brilliant performance by Whitaker, some remarkable camera work from Jarmusch, and an impressive soundtrack score by Wu-Tang Clan musician RZA, Ghost Dog: The Way Of The Samurai is just as great, poignant, and weird as when it came out some sixteen years ago.

Ghost Dog: The Way Of The Samurai stealthily movies its way to Blu-ray from the Criterion Collection with the spine number 1057. The disc and it’s 41-page booklet and Hagakure are packed into a hard, clear plastic case with artwork feature Ghost Dog himself. 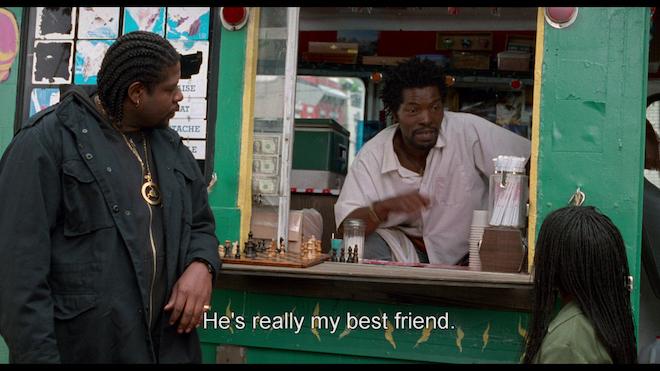 Ghost Dog: The Way Of A Samurai comes to Blu-ray with a 1080p HD transfer in its original aspect ratio of 1:85:1 from the Criterion Collection. According to the Criterion booklet, this new digital transfer was created in 16-bit 4K resolution from the original 35mm camera negative where thousands of instances of dirt, debris, scratches, and splices were manually removed and was supervised by Jarmusch himself.

The colors in this new transfer look amazing with deep, vibrant greens in the trees and grass that cover areas of Jersey that mixes well with the run-down brick buildings and the greyish-blue sky above. The mafioso outfits are dynamic with their many whacky colors, along with the color green that seems to pop up from time to time on Ghost Dog himself and others around him. Red colors pop as well, whether it be blood from a gunshot, a red convertible, or dragon emblems on Ghost Dog’s black hoodie - it all looks wonderful.

The detail is vivid as well, even in darker sequences thanks to this new 4K transfer that allows for the lower-lit scenes to reveal facial features in closeups, individual hairs, and prop details nicely. Black levels are inky and rich without any crush or bleeding and the skin tones are always natural. There’s also a wonderful filmic look to the movie that always feels like a true and native samurai film from the old days that keeps the visual depth at an all-time high. Lastly, there are no video problems associated with this amazing transfer. 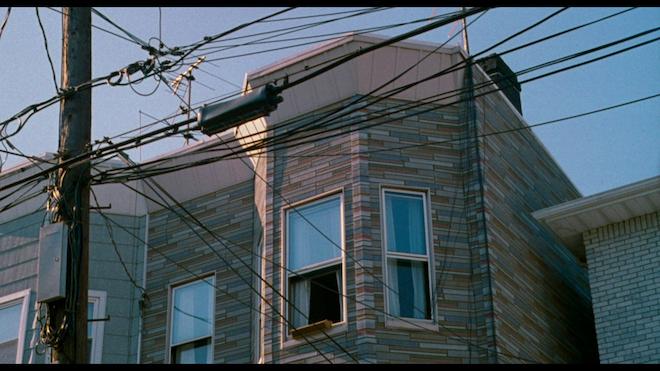 This release comes with a lossless DTS-HD MA 5.1 audio mix that sounds great but is never overly used or chaotic. In fact, this is quite a simple audio track that fits the story and tone of the film, that of a peaceful warrior. Sound effects of gunshots and vehicles driving by sound robust, but never intense or murderous like they would in a giant blockbuster film.

They are nuanced and well-balanced, and maybe even a tiny bit on the softer side, but it has a greater impact in the long run here. Ambient noises of people talking on the street, an ice cream truck’s musical notes, and pigeons chirping all sound wonderful. There is a fantastic low end of bass as well when the RZA’s musical score kicks in that have a very good rumble to it. The dialogue is always clean and clear, and free of any audio issues to speak of. 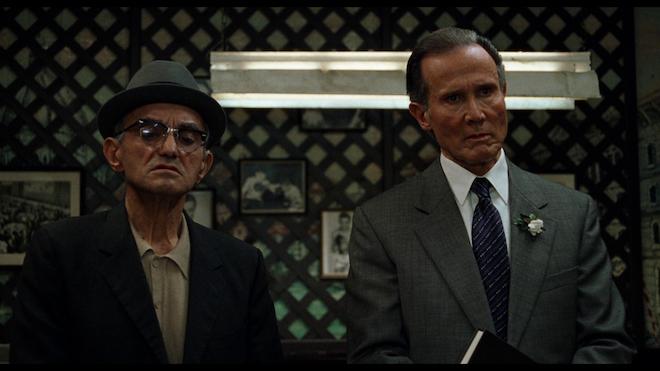 There are around 190 minutes of bonus features included here, with new and old extras that come with interviews with the cast and crew, deleted scenes, and an isolated score track. 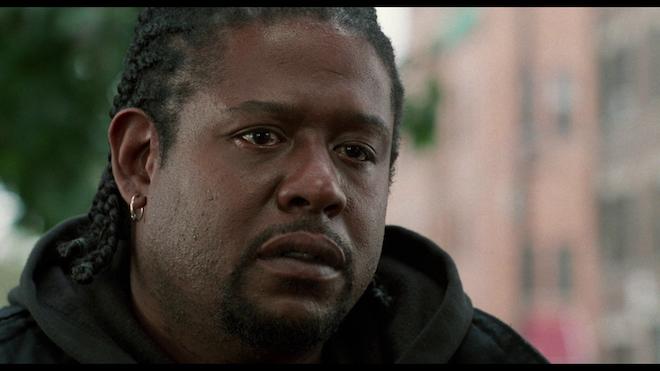 Ghost Dog: The Way Of The  Samurai is still a wonderfully brilliant film some two decades later. It’s still strange, funny, and great on all levels with a pitch-perfect performance from Forest Whitaker. Plus it’s always a rare hilarious sight when a vicious Italian mobster raps along to a song on the radio while powdering his private parts - something that does happen in this film. Criterion has knocked it out of the park with this release, providing some excellent video and audio presentations, along with some brand new and vintage bonus features. Highly Recommended.