Spencer Tracy and Katharine Hepburn made several memorable films together, but despite many bright moments, Without Love never scales the heights we expect. The story of a lonely young widow who enters into a platonic marriage with an introverted inventor to avoid all the angst and heartache of love starts well, but loses steam just when it needs to heat up. It's always a treat, though, to watch Tracy and Hepburn, whose chemistry and magnetism make the material seem better than it is. Lucille Ball and Keenan Wynn perk up the proceedings with wonderfully arch supporting turns, and a new 4K restoration from Warner Archive makes this innocuous rom-com easy on the eyes and worth a look for both Tracy-Hepburn and classic movie fans.

Playwright Philip Barry gave Katharine Hepburn two plum parts in the late 1930s that went a long way toward defining her inimitable screen persona. Both Linda Seton in Holiday and Tracy Lord in The Philadelphia Story are smart, headstrong socialites who must navigate familial minefields and tricky romances while challenging the close-minded mores of their snooty class. The former heroine ended the first chapter of Hepburn's film career (she was labeled "box office poison" just prior to Holiday's release and fled Hollywood shortly thereafter), while the latter would become arguably her most famous role and launch an incredibly successful second act that would continue for decades.

Hepburn starred in The Philadelphia Story on Broadway, cleverly bought the movie rights (with help from former lover Howard Hughes), and brokered the deal with MGM to make what she hoped would be a triumphant Hollywood comeback. The plan worked, and two years later, she returned to Broadway to headline Barry's newest comedy, Without Love. The play was only a mild success, but the screen adaptation, which got a boost from the star power of Spencer Tracy and marquee value of the Tracy-Hepburn partnership, turned out to be a big hit with audiences. Sadly, though, it hasn't aged well and lacks the sparkle that distinguishes the other Barry-Hepburn and Tracy-Hepburn collaborations.

Along with Sea of Grass and Keeper of the Flame, Without Love stands as one of the least known of the nine films Tracy and Hepburn made together. Screenwriter Donald Ogden Stewart, who so adeptly adapted both Holiday and The Philadelphia Story, struggles to enliven the talky comedy and make it cinematic. Despite his best efforts, a stuffy staginess pervades the material, which relies on stale shtick like sleepwalking to provoke some laughs. Tracy and Hepburn generate sporadic sparks, but even their celebrated magnetism can't prevent some squirming as the film progressively loses steam over the course of its 111-minute running time. 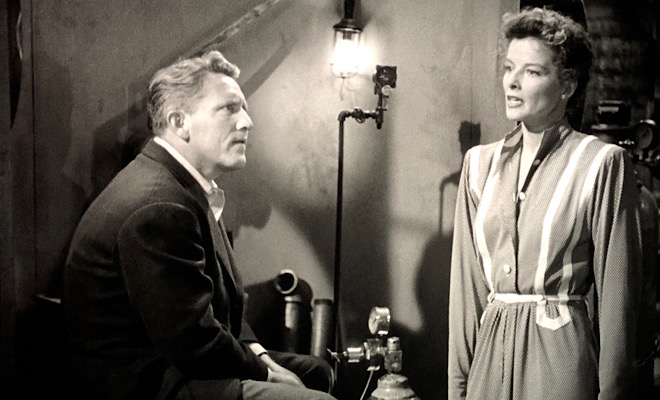 Finding a compatible mate is the film's overarching theme, and the story presses the point that such outward attributes as beauty, wealth, and social standing can't sustain a relationship. It's what's on the inside - those moral, intellectual, and emotional fibers that make up a human being - that counts. That idea may sound trite, but Tracy and Hepburn are such good actors they make it at least initially palatable.

A chance encounter with amiable, inebriated Quentin Ladd (Keenan Wynn) brings nerdy inventor Pat Jamieson (Tracy) to the palatial home of Quentin's cousin Jamie Rowan (Hepburn) during Washington, DC's wartime housing crisis. The introverted Pat, who's still licking his wounds after a sexy high-society dame jilted him, seeks space and solace to work on an oxygen mask for the U.S. military that will enable pilots to fly above 40,000 feet. Jamie, who still mourns the death of her beloved husband and soul mate and wistfully reflects on their perfect union, allows Pat to stay, then a few weeks later - much to Pat's surprise - proposes a platonic marriage.

Jamie believes a marriage without love is a purer partnership, because it lacks the petty, base elements of jealousy, bickering, and sex that can erode its foundation and result in resentments and recriminations. The nonplussed Pat signs on, and all goes swimmingly at first, but instead of breeding contempt, familiarity in this case brings the couple closer, and that makes them vulnerable to all the contaminants they were so sure they'd avoid. 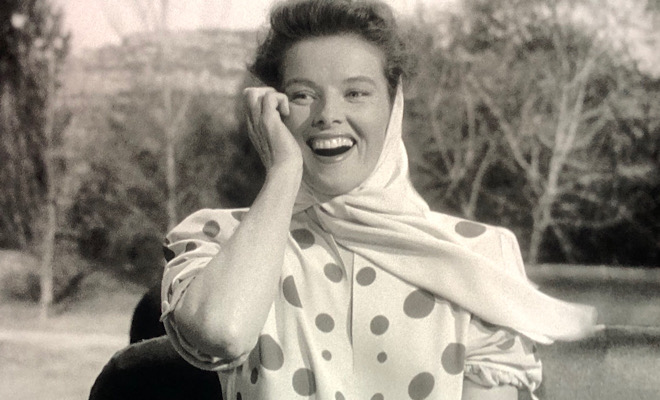 Like many romantic comedies, Without Love boasts a clever premise, then struggles to sustain it over the course of almost two hours. Director Harold S. Bucquet, who cut his teeth on six Dr. Kildare movies and would sadly die only months after Without Love's release just as he was hitting his professional stride, slathers the film with plenty of de rigueur MGM gloss and adopts a light tone that suits the airy Tracy-Hepburn aura, but Stewart's plodding script weighs the story down. The brightest moments come courtesy of the second banana couple (Wynn and a pre-I Love Lucy Lucille Ball), whose playful sparring and wisecracking inject periodic, much-needed jolts of joie de vivre into an often too sedate film.

Tracy and Hepburn both file breezy portrayals punctuated by their patented camaraderie. Ironically, their on-screen relationship over the course of nine films and 25 years personifies what Without Love preaches - a union built on abiding trust, respect, warmth, and a soulful kinship that transcends passion - a fact that makes the film's failings all the more frustrating.

Without Love tries to renew our faith in love by telling us we don't need to doggedly pursue it. Like fine wine, it will bloom when we give our relationships the space they need to breathe. It's a comforting idea, and Tracy, Hepburn, Ball, and Wynn do their best to pitch it. It's just too bad their yeoman efforts don't yield a bigger payoff. Without Love is not without merit, but it is without question the weakest Philip Barry-Katharine Hepburn collaboration. It has its moments, but never scales its anticipated heights. 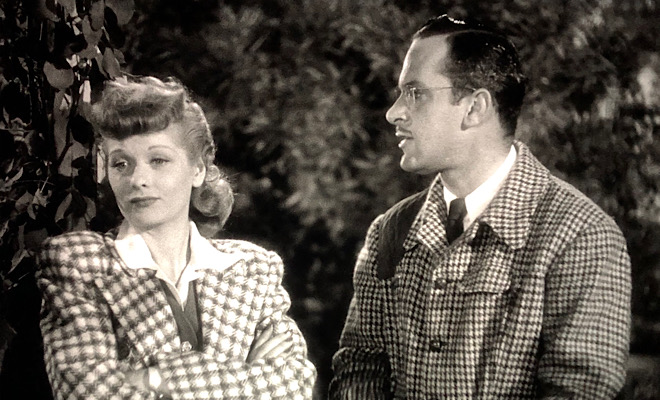 Without Love arrives on Blu-ray packaged in a standard case. Video codec is 1080p/AVC MPEG-4 and audio is DTS-HD Master Audio 2.0 mono. Once the disc is inserted into the player, the static menu without music immediately pops up; no previews or promos precede it.

Another winning transfer from Warner Archive, this 1080p/AVC MPEG-4 rendering was struck from a brand new 4K restoration of the film produced from the best surviving elements. Beautiful clarity and contrast bring the picture to life and honor Karl Freund's lush cinematography, and although a few soft moments creep in here and there, they never disrupt the movie's flow. A nice layer of grain preserves the feel of celluloid and a pleasing grayscale crystallizes details and enhances depth. Deep black levels, crisp whites, and fine shadow delineation supply lovely contours, some striking close-ups showcase the beauty of both Hepburn and Lucille Ball, and no marks, grit, or scratches sully the pristine print. It's impossible to imagine Without Love looking any better than it does here, and Warner Archive once again earns kudos for its preservation efforts and meticulous treatment of a Golden Age classic.

The DTS-HD Master Audio 2,0 mono track supplies clear, well-modulated sound without any age-related hiss, pops, or crackle. Like most stage adaptations, Without Love is a dialogue driven film, and I'm happy to report all the witty exchanges are easy to comprehend. The music score by Bronislau Kaper fills the room with ease, and a wide dynamic scale handles all of its highs and lows without any distortion. Though hardly potent, this track gets the job done with a minimum of fuss and seamlessly complements the on-screen action.

Just a couple of supplements ported over from the DVD are included on the disc.

Without Love is not without faults. It meanders a bit and runs about 20 minutes too long, but this little-known Spencer Tracy-Katharine Hepburn romantic comedy enjoys many bright moments, thanks to its two legendary stars and spirited supporting turns from Lucille Ball and Keenan Wynn. The story of a lonely young widow who marries an introverted inventor to support the war effort and gain companionship makes some interesting points about love and commitment, but relies on silly conventions to resolve complications. A brand new 4K restoration enhances the appeal of this largely forgotten rom-com that's worth a look for Tracy-Hepburn and Golden Age classics fans.