Cursed Films is a new mini docu-series from Shudder that explores the alleged curses on five different horror films that were plagued with death, horrific accidents, and spooky coincidences during and after filming, where a variety of industry people and scholars try and dissect the specific curses in each movie. This Blu-ray has a 1080p HD transfer and a DTS-HD 5.1 audio track, along with a commentary track on each episode from the filmmaker. AVOID! 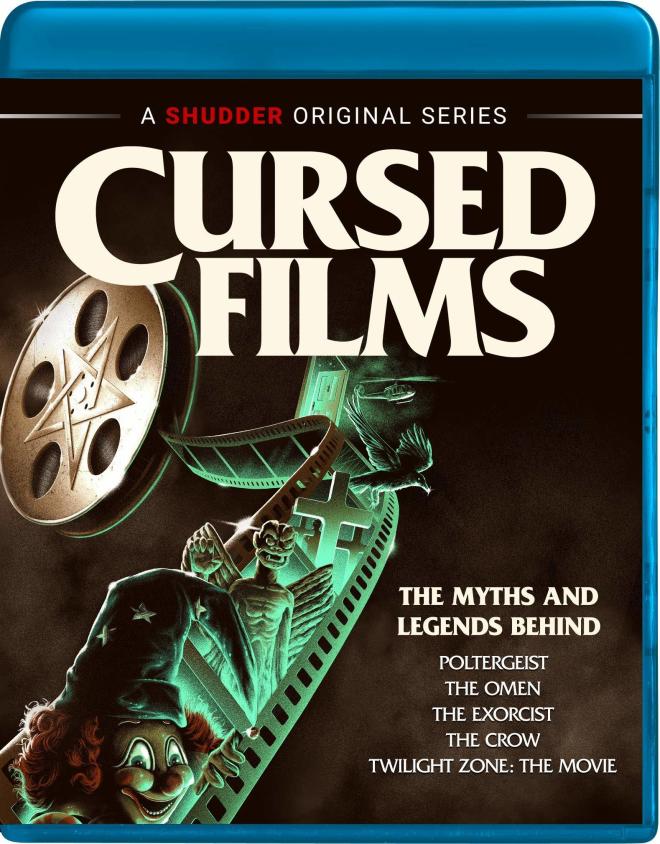 Movie fans and horror buffs have been enamored with the production and behind the scenes of cinema for many decades, trying to find out all of the small instances and anecdotes from the set of a favorite film to discuss and ponder for years on end. It acts as a bit of trivia and knowledge on how a movie gets made and how much work goes into it. For the horror realm, there are several movies that have been dubbed "cursed", leading film fanatics to still discuss what makes the film plagued and cursed due to unfortunate tragedies that affected the production and aftermath of a movie shoot. Canadian filmmaker Jay Cheel wrote, produced, and directed a new five-part miniseries called Cursed Films that tracks one film per 30-minute episode and tried to explain how that movie is in fact cursed through a series of interviews with various people. The result is a bland, awful, and a much-needed lesson in how NOT to make a successful docuseries.

The five films that are discussed here are Poltergeist, The Omen, The Exorcist, The Crow, and Twilight Zone: The Movie which is the documentary's first fatal flaw. Only two of these can be considered to be cursed, the others are just unfortunate accidents or murders that took place after the film. The most blatant absurdity added in is Twilight Zone: The Movie, which is not cursed at all, but rather the worst accident that could happen on a film set that led to two children and actor Vic Morrow being killed during a stunt gone wrong. Trying to play this out as a curse is both disrespectful and horrendous with respect to the victim's families and filmmakers.

Another fatal flaw is that this docuseries claims to shed the light on the supposed curses in the movies. If anyone has heard or seen the films before, they would already know about these conspiracies, and a quick read on Wikipedia would more than explain the situation, aftermath, and debunk any conversation Cursed Films tries to have with occult leaders and professors of religion at unrecognized schools. In fact, the Wikipedia pages for these specific events are far more thrilling and entertaining than anything shown in the five miserable episodes of Cursed Films.

The only spooky curse that could be talked about is in The Omen, where people tragically died during the making of the movie, several actor's planes were struck by lightning, and more. The rest of the episodes just deal with illnesses, cancer, and accidental deaths that happened mostly after the film came out, but as this series tries desperately and sadly to explain - is cursed. The talking-head interviews are no better, as it's filled with annoying industry insiders who claim to be the know-all, tell-all of horror trivia, but rather just talk about how much they love horror movies. The funnier aspects of the show come when the documentary interviews actual present-day exorcists and occultists who try and persuade the masses that there are indeed curses everywhere, going so far as showing a couple of actual exorcisms that are downright laughable.

Surprisingly, there are quite a few filmmakers on board here, including Richard Donner and Kane Hodder, amongst makeup effects artists and production designers who all look super unhappy to be in the chair talking to the camera - and rightfully so, it's all bad news. In fact, there are quite a few instances where the filmmaker or actor will audibly tell the interviewer they don't want to talk about the subject. None of them actually believe in the curse.

Cursed Films is a routine, boring documentary that goes off on tangents and only plays into the curse aspect for a few minutes and is far from thrilling, original, or engaging. Even the theme music is beyond agitating. This is probably the worst thing to happen to documentaries and horror films in a long time.

Cursed Films conjures its way to Blu-ray from Shudder and RLJE Films. The disc is housed inside a hard, plastic blue case with original artwork of the series. There is no insert for a digital code, but there is a 30-day free trial for Shudder, which is the best part of this Blu-ray release.

Cursed Films comes with a 1080p HD transfer from RLJE Films and Shudder that has a wide array of different video elements. The talking-head interviews are vivid and sharp, revealing individual hairs on the subject's faces, facial pores, wrinkles, and even some light makeup. The color palette here is neutral with interior colors of living rooms or studies.

The only real color that pops off-screen is during a short YouTube video segment where a guy is outside of the exterior of the Poltergeist house, showcasing blue skies and green trees. The rest of the footage is short clips of various films, some of which are in better condition than others. It's not a particularly pleasant documentary to look at, but then again, it consists of bland interviews and old clips from movies. 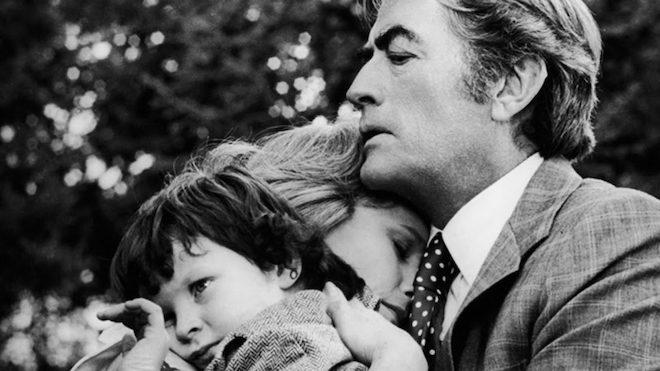 This Blu-ray has a lossless DTS-HD MA 5.1 audio track, which is not necessary, given 90% of the film are talking-head interviews. The clips from films last only a couple seconds if that, but provide zero back and rear support, besides the opening theme song during the credits, which again, is highly irritating, to say the least. Other than that, the dialogue is clean and presented cleanly with no audio issues to speak of.

Only the worst commentary known to Blu-ray comes with this release. No other extras are included.

Cursed Films is hands down the lousiest excuse for a documentary that doesn't even fully cover its intended subject for a variety of idiotic reasons. It's poorly made, doesn't offer any real insight, and isn't thrilling or engaging whatsoever. A quick few-minute trip to Wikipedia would explain anything you'd want to know on this subject matter. What a shame. Hopefully, everyone learned a lesson here on how NOT to make a docu-series. AVOID!