Downhill is the American remake of the foreign film Force Majeure starring Will Ferrell and Julia Louis-Dreyfus about a married couple and their kids vacationing at a posh ski resort in the Alps. Their marriage and family dynamic is tested after a freak brush with death. The 1080p HD transfer looks great digitally and the DTS-HD 5.1 audio track is satisfying, along with a few bonus features that are a lot of fun to watch. Highly Recommended! 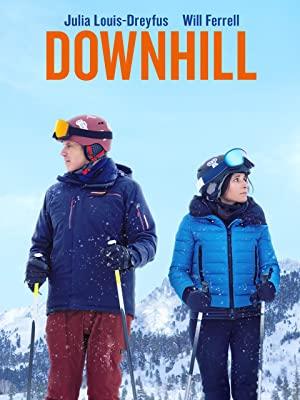 Julia Louis-Dreyfus and Will Ferrell head to the mountains in Austria for a fun ski-vacation with their two kids in Downhill, which is an American remake from the 2014 Swedish film Force Majeure. While being skeptical about this American version is rational and justified, Downhill is different and original enough to stand completely on its own and acts more like a sibling film to the original. Thanks to the writing/directing team of Jim Rash and Nat Faxon (The Way Way Back), Downhill is highly enjoyable and tackles a few family issues in its short-run time of 80 minutes with a brilliant performance from Julia Louis-Dreyfus.

Like Force Majeure, this new film Downhill centers on Pete and Billie Stanton (Ferrell, Louis-Dreyfus) who are in Austria with their young kids for a solid vacation and family bonding, while hitting the snow-filled slopes all day. While at lunch on a gorgeous balcony view of the mountains, a mini-avalanche occurs in the distance and heads for the lunch crowd. In a moment of panic and self-defense, Pete grabs his phone and runs for cover, leaving his wife and two kids at the table, front and center for the avalanche impact.

Turns out, all is well and it was just a light dusting of snow where everyone is safe and okay, but the serious impending doom that proceeded this changes Billie’s feelings toward her husband. From here, it’s a series of awkward situations where the couple doesn’t really acknowledge the big elephant in the room until they have a couple of friends over and Billie airs out all of her grievances about the episode that occurred. The relationship is in severe turmoil where both partners try and figure out what they want to do with the rest of their lives.

In Force Majeure, the tone is much more gloomy and the comedy is darker. But with Downhill, Rash and Faxon showed a bit of a lighter side to this while sticking to the earnestness of honesty of the situation. Instead of a dark comedy, Downhill jumps head-first into its own awkwardness from scene to scene as Pete and Billie try and fix or un-fix their own battles, including some mid-life crises sequences that include an impromptu meeting with a muscular ski-instructor and a night out at the club that leads to heavy drinking.

Julie Louis-Dreyfus showed that her perfected and nuanced humor and delivery can be brought to the dramatic scene in Enough Said, and it translates to Downhill once again impeccably with her expert delivery in a range of emotions down to her facial expressions of sadness and anger. It’s simply wonderful to watch her work on-screen each time she’s pictured there. As for Will Ferrell, he turns in a sturdy performance, and luckily, they didn’t go over-the-top silly with him here. Still, with that aspect, he feels hugely miscast and is ultimately forgettable by the end as in no way do you believe his dull character can ever be married to someone as great as Billie. It’s a minor oversight and doesn’t necessarily take anything else away from the film, including its gorgeous snowy landscapes of Austria.

While Force Majeure added a ton of symbolism and visual metaphors with the ski slopes and the seemingly doomed marriage of the couple, Downhill forgoes all of that and focuses on the witty script and redeeming this family dynamic by the end, something that Force Majeure doesn’t do. Even the ending is completely different here, which makes this film genuine and legitimate to something of its own will, but still connected to its predecessor.

Downhill snowboards its way to digital video on demand through all major digital retailers with a 1080p HD transfer and DTS-HD M1 5.1 audio track. There a few bonus features, including a digital 10-minute exclusive. 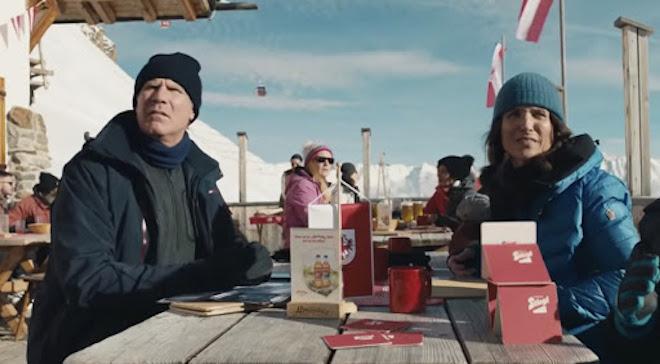 Downhill skis its way to 1080p HD on digital platforms in a 2.39:1 aspect ratio that has gorgeous snowy colors and exquisite detail.

The digitally shot film has an elaborate color palette that brightens up the image every chance it gets. Most exterior shots are ripe with gorgeous white mountains against a clear blue sky with hints of pink sunrises. Each of these images could be paintings hung on the wall. Meanwhile, on the ground, the ski resort has warmer colors with the wooden hotels and their earthy tones of green, orange, red, and yellow, giving a rustic, country-like style to the steely cool backdrop. Additionally, the neon-bright colors in the many ski costumes that people wear, as well as the one night club sequence with laser lights are as loud and dazzling as they could be, which integrate nicely with the more subdued colors. Black levels are deep and inky and the skin tones are natural.

The detail is sharp in each scene as well, revealing excellent textures in the heavy sweaters and ski clothing. Individual threads and stitching can be seen easily in most lighting conditions. Facial features, such as stubble, beard hair, makeup effects, and more look wonderful as well. Little pieces of ice on ski boots and clothes look good and are easily seen and the grain in the wood structures is phenomenal. Wider shots showcase the beauty of the snowy Austrian mountains. Lastly, there were no issues with banding, aliasing, or noise. 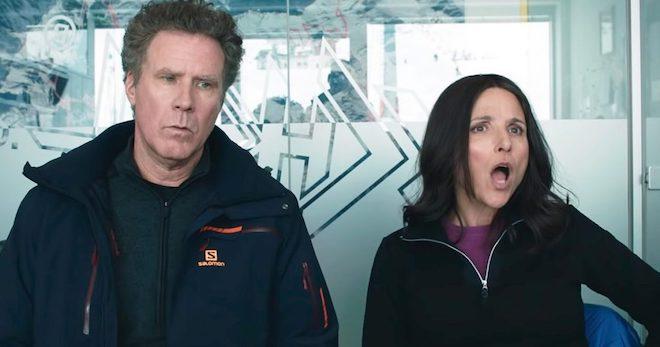 This digital release comes with a lossless DTS-HD MA 5.1 audio mix that sounds excellent. For being a dialogue-driven comedic drama, this audio track is quite immersive.

Sound effects are full and robust at all times, with excellent sounding ski resort noises. The ski lifts reeling the carts up the mountain along with a ton of skis and poles hitting the ground all sound exquisite. Ski boots stomping on the road and hotel floor provide heft and the snow powder flying through the air as people ski through it provides a dynamic sound. The bass kicks into high gear in several moments throughout the film, including the simulated avalanche blasts, the actual avalanche scene, and a night club sequence with pop music.

The bass has a smooth rumble to it and never crosses into rocky territory. The musical score always adds to the dramatic and comedic elements of the film. Lastly, the dialogue is crystal clear, easy to follow and free of any audio problems. 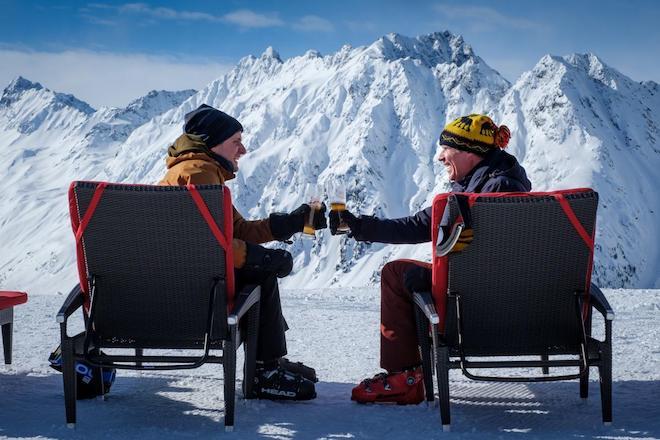 There are about 39 minutes of bonus material here, including some hilarious interviews, jokes, outtakes, and deleted scenes. There is one digital exclusive that is only available digitally. 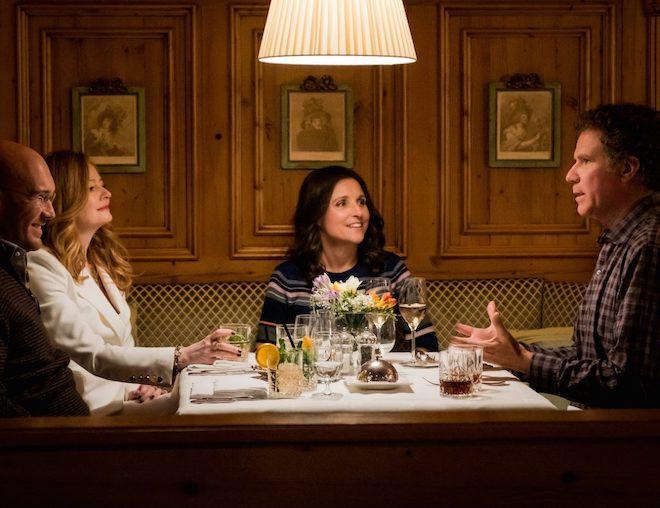 Downhill is a brilliant remake of the fantastic Scandinavian film Force Majeure that can stand on its own. It's a different enough film that takes the best aspects of the original and adds its own stamp on things. Performances and the story are phenomenal. The video and audio presentations are top-notch and the extras are worthwhile. Highly Recommended!