Supernatural isn't the best known early 1930s horror flick, but it's not for lack of trying. This crazy little curio starring Carole Lombard delves into the occult, depicts spiritual possession, and sprinkles in a few murders, too. With style and some impressive special effects, director Victor Halperin takes us on a wild, often weird ride, and though it doesn't hang together very well, it's fun while it lasts. A brand new 2K master and solid audio enhance the appeal of Kino's Blu-ray release, which only diehard horror and Lombard fanatics will want to pick up. For Fans Only.

Horror films were all the rage in the early 1930s. After Universal scored big with the one-two punch of Dracula and Frankenstein, every Hollywood studio hopped on the horror band wagon. Paramount quickly amped up the competition with its blockbuster adaptation of Dr. Jekyll and Mr. Hyde (which won Fredric March a Best Actor Oscar), and that success fueled the development of other chilling projects, including the creepy, often crazy, and morbidly fascinating Supernatural.

Spiritual possession and the occult take center stage in this wildly disjointed pre-Code thriller that stars a pre-screwball Carole Lombard as Roma Courtney, a wealthy young heiress mourning the recent death of her beloved twin brother. Not long after his funeral, she receives a letter from "spiritualist" Paul Bavian (Alan Dinehart), a nefarious charlatan who hopes to parlay Roma's grief and emotional fragility into his financial gain. He convinces the easily persuaded Roma that her brother wants to contact her from the grave to reveal vital information about his demise. Paul arranges a (bogus) séance, yet little does Roma know this seemingly benevolent medium was also instrumental in sending serial murderess Ruth Rogen (Vivienne Osborne) to the electric chair.

Why is that significant? It just so happens Dr. Carl Houston (H.B. Warner), the Courtney family physician, secured a decree from the state to conduct experiments on Ruth's dead body, because he believes copycat killings occur when the soul of an executed murderer possesses innocent people. (How's that for a loony-tunes theory?) When Roma and her fiancé Grant Wilson (Randolph Scott) drop by Dr. Houston's apartment, he tries to keep them away from Ruth's corpse, but Roma's proximity coaxes Ruth's evil spirit out of her lifeless body, and before anyone can say Linda Blair, it invades Roma. 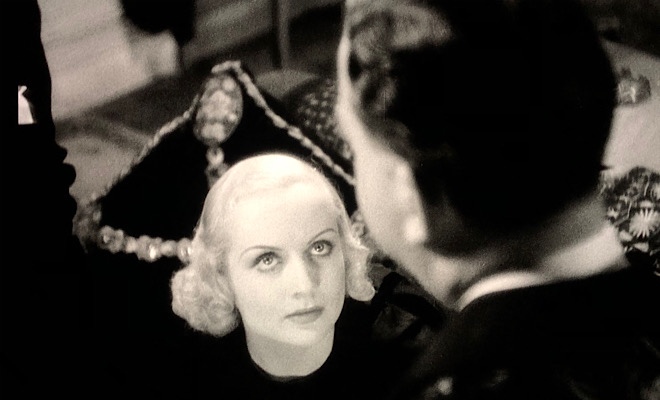 Forget the ludicrous and at times laughable plot that defies credulity even by wacko horror movie standards. The real attraction of Supernatural lies in its style. Director Victor Halperin, who had just helmed his most successful film, the Bela Lugosi chiller White Zombie, fashions a number of creative and impressive special effects that help keep us engaged when the script falters. He seamlessly integrates superimposed images, crafts some stunning compositions, and constructs a dazzling follow-shot that's a marvel of ingenuity.

A host of eccentric characters help enhance the mood, which vacillates between creepy and camp. Most of the actors are horror film newbies and valiantly try to treat the material with the utmost seriousness. Warner memorably played Jesus Christ in Cecil B. DeMille's silent The King of Kings a few years earlier (though most film buffs know him best as the emotionally overwrought druggist, Mr. Gower, who slaps a young George Bailey's deaf ear in the beginning of It's a Wonderful Life), but he manages to maintain his dignity here in a Dr. Frankenstein-like role. 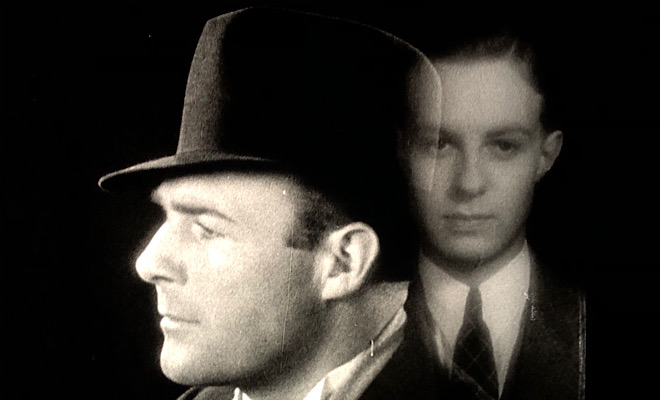 Lombard reportedly loathed Supernatural. At one point on the set, according to film historian Tim Lucas, who supplies the audio commentary on this disc, she blurted out in frustration, "Who do I have to f**k to get me out of this?!" Nevertheless, she gives the role of Roma her all, especially in the scenes where she's possessed by the vengeful spirit of murderess Ruth Rogen. Her impressive transformation significantly perks up the movie's final reel and helps us forgive the plot's silliness. She and a young Randolph Scott make an attractive couple, but he's fairly ineffectual as Roma's strapping fiancé. Thankfully, a year later, Lombard would find her niche in screwball comedy, co-starring with John Barrymore in the classic Howard Hawks farce Twentieth Century, which would forever alter the trajectory of the beautiful actress's career.

Early horror buffs will get a kick out of Supernatural, but this occult thriller veers too far out into the twilight zone to gain mass appeal. If you're a Lombard aficionado, you'll want to take a gander at her seductive dual portrayal, but mainstream classic movie fans craving a Lombard fix might want to pop in Nothing Sacred or My Man Godfrey instead. 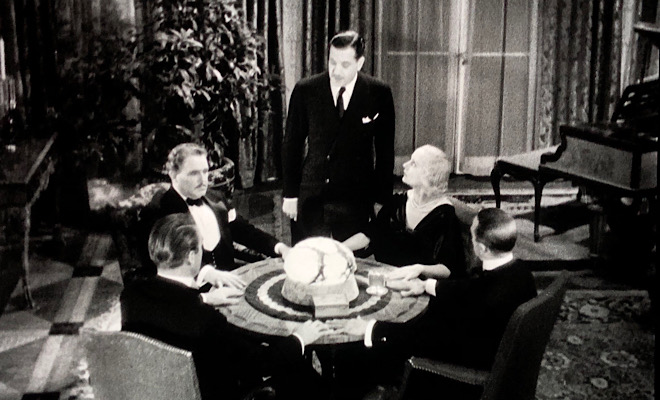 Supernatural arrives on Blu-ray packaged in a standard case. Video codec is 1080p/AVC MPEG-4 and audio is DTS-HD Master Audio mono. Once the disc is inserted into the player, the static menu with music immediately pops up; no previews or promos precede it.

A brand new 2K remaster revitalizes this antique film, lending it a refreshing vibrancy that heightens its impact. The 1080p/AVC MPEG-4 transfer from Kino still shows signs of wear and tear - some scratches, speckling, and a few small blotches - but it's remarkably clean overall. Grain, of course, is evident, but it supplies essential texture and an authentic film-like feel. Special effects are a critical element of this Golden Age horror flick, and they're beautifully rendered here. Sure, you can see a wire suspending a disembodied arm in one shot, but superimposed images, overlays, and processed shots don't look at all cheesy or amateurish.

Contrast, clarity, and grayscale variance are quite good, rich black levels lend the picture weight, and excellent shadow delineation enhances the creepy mood. Close-ups, especially those of Lombard, are lush and glamorous, and background details are easy to discern. Supernatural most likely posed quite a few challenges during its transition to Blu-ray, but it comes through the process looking mighty fine indeed.

The DTS-HD Master Audio mono track sounds quite good for a film of this vintage. The well-balanced track nicely manages music, dialogue, and effects, and a wide dynamic scale handles them all without any distortion. Sonic accents like booming thunder claps, driving rain, and piercings screams are crisp and distinct, and the melodramatic score laced with occasional spooky choral overtones fills the room with ease. Conversations are easy to comprehend, and the track is surprisingly free of any hiss, pops, and crackle. Sound - and silence - are essential elements in any film, but especially horror flicks, and this track, despite its advanced age, handles all its challenges with ease.

In addition to the film's well-preserved original theatrical trailer, as well as previews for a number of other Lombard, Scott, and horror films, the only supplement is a well-spoken and informative audio commentary by film historian Tim Lucas. Lucas praises the directorial work of Victor Halperin, points out several artistic touches, provides background information on all the movie's cast and crew, and nicely analyzes the narrative. (He calls Lombard's character "America's first truly erotic monster.") He also chronicles the production of Supernatural through contemporary trade articles, notes the interest in occult topics and spiritualism that was prevalent at the time, and lists other similarly themed films of the period. Lucas is one of the better Blu-ray/DVD commentators, and his work here is typically stellar.

Supernatural can't compete with other classic horror movies of the early 1930s, but this titillating, often outlandish pre-Code thriller brims with style and features a magnetic performance from a young Carole Lombard. A creepy tale of murder, spiritual possession, and the occult - with a little bit of romance tossed in - Supernatural strains credulity at every turn, but there's enough creativity on display to keep us interested for 64 minutes. A brand new 2K master showcases the innovative visuals and a solid audio track heightens the chills, but unless you're a horror film or Carole Lombard fanatic, this offbeat curio might not be your cup of tea. For Fans Only.