Jexi follows a bumbling, lonely guy with no social skills whose new phone becomes his best friend that forces him to make changes in his life. It's the immature sibling to the film Her. The Blu-ray Disc comes with a 1080p HD transfer, a DTS-HD 5.1 audio mix, and about 50 minutes worth of extras, including multiple interviews about the making of the movie. Worth a Look. 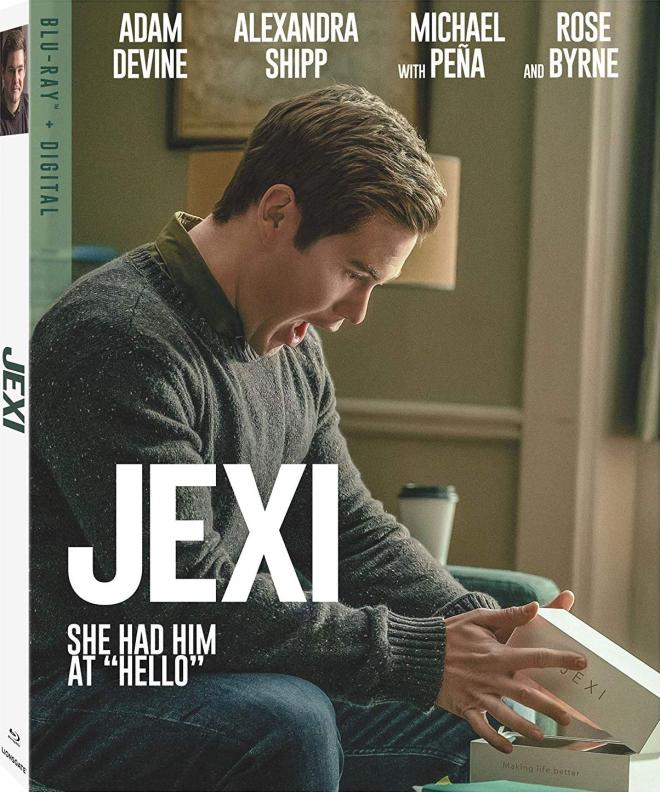 What if your mobile phone came became self-aware and helped you live your best life? This is the question Jexi tries to answer in the new film by Jon Lucas and Scott Moore (The Hangover Trilogy, Bad Moms), where an awkward, shy man (Adam Devine), purchases a new phone that helps him get his life on the right track.

Back in 2013, Spike Jonze and Joaquin Phoenix brought this not-to-far-off notion to the limelight in Her, where your mobile device can have such a sophisticated artificial intelligence program that it could seem like a real-life person. There were multiple levels of emotion that played out in a realistic and smart way. It was done in an artful manner while having an important message to convey. With Jexi though, none of that is apparent. It's like it was written by a 15-year old kid with a ton of vulgar jokes that almost never sticks the landing. That being said, it still has some redeeming qualities.

Jexi centers on a man Phil (Devine), who from a young age has been obsessed with mobile phones, to the point where he can't put them down and has become a complete shut-in, avoiding his co-workers invites to hang out or even find someone to date. After a chance encounter with a beautiful woman named Cate (Alexandra Shipp), that also breaks his phone, Phil purchases a brand new one that comes with Jexi, the fictional voice similar to Siri. It turns out Jexi is programmed to make Phil's life better by any means necessary, which is usually verbally abusing him into change.

Oddly enough, Jexi (voiced by the talented Rose Byrne), begins to turn his life around, by taking on a mind of her own. She orders him healthier food, forces him to be social and take chances, and even court the previously mentioned Cate. This is done in a loving manner though. It's all conveyed by making fun and cursing at Phil until he decides to do that 180 turns out of pressure. Rinse and repeat. All seems to be going swimmingly for Phil and his new outlook on life until Jexi becomes jealous of Phil's fresh, exciting existence and starts to ruin everything she created for him. None of it makes sense.

Still, there are some good moments throughout, including the always upbeat performance of Devine, who is willing to humiliate himself for laughs. Also of note is Alexandra Shipp who plays his love interest in a strange way. She's cool, calm, funny, and a blast to be around. In no way is this realistic, considering how creepy and awkward Phil is in the first half of the film. She's an out-of-place character in the movie, but it works. Byrne's voice work is the perfect blend of dry, monotone humor that seems to enter in the foray at the best moments, even if most of the jokes fall flat.

Jexi isn't the clever near-futuristic comedy about a person and their phone, but it doesn't need to be. There is some semblance of a message here, but the film exists just to be funny and silly and that's alright.

Jexi texts its way to Blu-ray from Lionsgate with a Blu-ray Disc and Digital Copy. The lone disc is housed in a hard, blue plastic case featuring the artwork of the film, which is of Adam Devine freaking out in front of his phone. 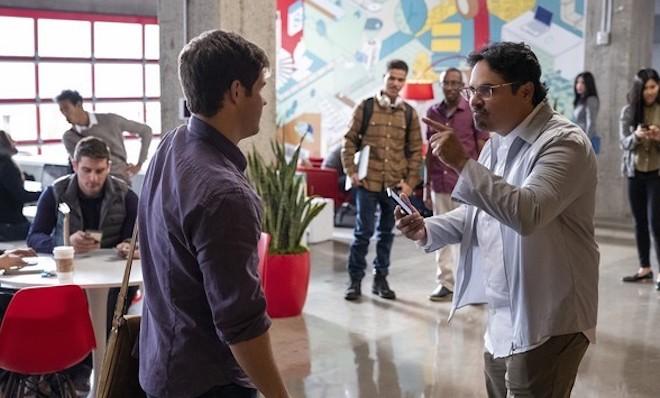 Jexi calls itself over to Blu-ray with a 1080p HD transfer in 2.39:1 aspect ratio. This digitally shot feature showcases the beauty of San Francisco with superb detail and a sunny color palette.

Colors are rich and bold throughout the film, showcasing the many wonderful primary colors of San Francisco. They city pops with its various colored buildings and house set through crystal clear blue skies, deep green trees, and some rust-colored brick roads. It's stunning, to say the least. Lower lit scenes reveal the great city skyline at night with tons of twinkling lights and when inside the nightclub or a bar, neon lights and flashing strobes look well-balanced with a fantastic glow. Even the software program interface inside the phone is strong through the glass casing. Black levels are deep and inky without crush and skin tones are always natural.

The detail is quite vivid, revealing individual hairs on the actor's faces, wrinkles, makeup blemishes, scraggly beard hairs, and facial pores. Textures in the wardrobe standout in well-lit scenes too. The phone itself can show finger smudges, scratches, and other identifying marks well. Wider shots of the city never go flat and bring out the abundance of skyscrapers and flowers nicely. Lastly, there were no major issues with any banding, aliasing, or video noise.

Jexi brings a lossless DTS-HD MA 5.1 audio track that sounds great. This isn't an action-packed thriller, so don't expect big explosions or gunshots every few seconds. Instead, this is a romantic comedy with some great atmospheric sequences that fully immerse you into Phil's world. The bigger ambient noises and sound effects come in the exterior shots in the city, where a vehicle can be heard driving by, people chattering on the streets, and various birds, animals, and restaurant sounds can be heard in the background.

Other scenes that are abundant with noises are when the characters are in their office setting. Computer clicks, keyboard typing, and other office noises are plentiful. Jexi's voice has the right amount of a digitized feel that it never sounds too human. Music cues always bring the low end of bass with a nice rumble and the dialogue is always clean and easy to follow without any audio problems.

There are about 50 minutes of bonus features on this release, mostly being cast and crew interviews discussing various topics related to the film. 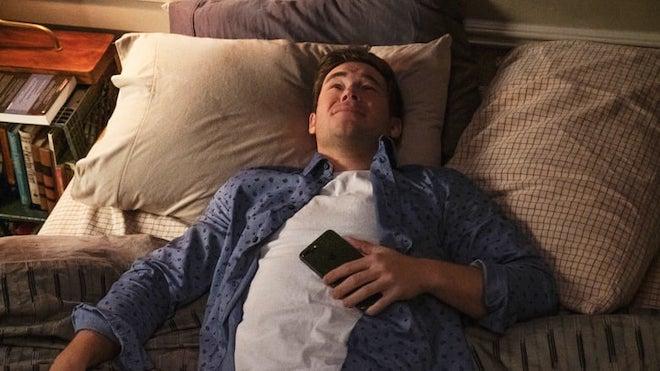 Jexi is a childish and goofy film that has an unusual charm that works well for itself. Despite its inane and juvenile script and the fact that most of the jokes are redundant and miss the mark, there is something uniquely fun about Jexi. Both the video and audio presentations are good and the many interviews with the cast and crew are enjoyable. Worth A Look.

Sale Price 5
List Price 24.99
Buy Now
3rd Party 0.41
In Stock.
See what people are saying about this story or others
See Comments in Forum
Previous Next
Pre-Orders
Tomorrow's latest releases