It's rare for me to review two films by the same director back to back, but it's been a pleasure examining the early work of French master Henri-Georges Clouzot...first Manon, and now his classic 1947 mystery Quai des Orfèvres. While Manon brims with seductive style but lacks a convincing narrative, Quai des Orfèvres boasts both, and the result is a richly textured cinematic tapestry that's both visually arresting and emotionally involving.

It's also topical. The plot revolves around the murder of Brignon (Charles Dullin), a sleazy movie producer who specializes in female exploitation and - in a striking parallel to Harvey Weinstein - dangles promises of stardom in return for sexual favors. When ambitious stage singer Jenny Lamour (Suzy Delair) takes his bait and visits his abode on the pretext of securing a film contract, she's stunned and repulsed by his overt advances. In a desperate attempt to rebuff him, she hurls a champagne bottle at his head, then flees the scene.

Minutes later, Jenny's mild-mannered, devoted, yet insanely jealous husband Maurice (Bernard Blier) - one of his friends calls him “Othello” - arrives at Brignon's home armed and ready to kill the despicable producer. Yet instead of finding his wife in Brignon’s bed, he discovers his lifeless body lying on the floor in a pool of blood. Maurice also flees the scene, but keeps his actions a secret, fearing his distrust in Jenny’s fidelity will alienate her affections. Meanwhile, a distraught Jenny confides in her photographer friend Dora (Simone Renant), a closet lesbian who harbors romantic feelings for her. When Jenny realizes she left her fox fur at Brignon’s home, Dora impulsively rushes to retrieve it and destroy any evidence that might incriminate the woman she loves. 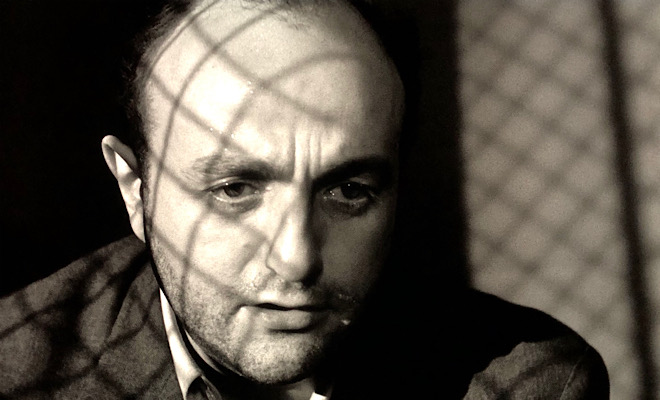 The task of untangling this densely woven interpersonal web falls to Inspector Antoine (Louis Jouvet), a crusty, jaded police detective who suspects all three of the principals might be involved in the crime. The rest of the film chronicles his meticulous investigation and Maurice's growing anxiety over possibly going to prison for a murder he didn’t commit.

Quai des Orfèvres (the title refers to the street that houses the Paris police department) masterfully merges elements of musicals, film noir crime dramas, and police procedurals to produce an often fascinating slice-of-life look at post-World War II Paris. Clouzot collaborated on the script with writing partner Jean Ferry (the two also adapted Manon), and the duo peppers the fluid screenplay with a Damon Runyon-esque mix of colorful characters - showbiz dames, two-bit crooks, and hard-boiled cops - all of whom add immense flavor to the brew, no matter how tiny their parts. Whereas Runyon crafted satirical caricatures, Clouzot and Ferry strive for realism, and their efforts pay off.

Some of the characters may be stereotypes, but many are unique to the era, most notably Dora, whose lesbianism isn't hidden at all, nor is it telegraphed by a butch portrayal. Dora is smart, sexy, feminine, and comfortable in her own skin, and Renant nicely exhibits those qualities while lacing her portrayal with essential dashes of melancholy and vulnerability. Antoine is also something of an original - a single dad with an adopted black son who's not afraid to let down his macho guard and express genuine affection and concern for his boy. Both characters are loners who bury their personal frustrations by funneling all their energies into their work, and their subtle complexities immeasurably enhance the film. 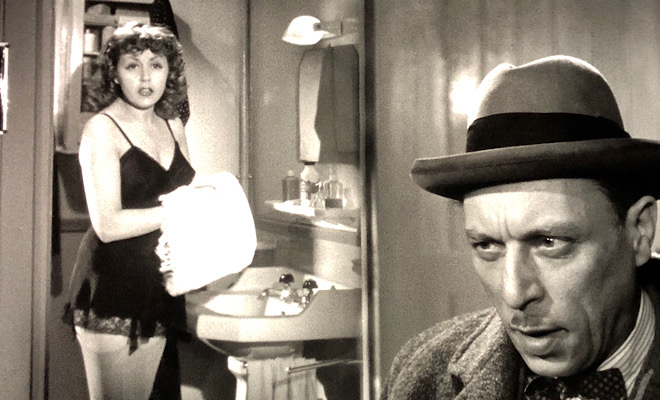 Quai des Orfèvres is rare among police procedurals, because the audience knows more than the cops investigating the case. The clever Clouzot also makes sure we quickly become invested in the characters, knowing full well our concern for their well being creates additional tension, especially when they’re being wrongly accused. Clouzot often bristled when critics would cavalierly dub him “the French Hitchcock,” but like the American Master of Suspense he specialized in thrillers featuring dimensional, often desperate characters, and realized early in his career how emotional involvement can exponentially heighten a story’s sense of unease.

Amid this tense environment, he also paints authentic portraits of both the French music hall culture and Paris police department - two very different entities that play major roles in the movie. Much like oil and water, though, they don’t mix. Glamor and illusion fuel the former, while the latter is steeped in grit and the harsh reality of the streets, and the striking juxtaposition of the two lends this whodunit an extra layer of complexity. Clouzot won the Best Director award at the 1947 Venice Film Festival, where Quai des Orfèvres garnered substantial buzz, and it’s easy to see why. In addition to his dreary, stark depiction of post-war Paris, Clouzot injects plenty of film noir style into the narrative, resulting in a motion picture that's both beautiful and absorbing.

Renet and Jouvet (who brilliantly spices up a bland part) shine, but so too do Blier and Delair. His palpable sensitivity and anxiety and her streetwise arrogance create a combustible romantic dynamic, and it’s fascinating to see it develop. Maurice marked the portly Blier’s first stab at drama and he makes the most of the opportunity, turning in a highly affecting performance, while Delair - who was Clouzot’s lover and muse at the time - combines her considerable vocal talents with a potent allure and underlying devotion to her homely mate to create an unpredictable and surprisingly layered character.

The climax of Quai des Orfèvres may not provide the degree of surprise and satisfaction we crave, but the journey is so entertaining and the canvas is so artistic, we don’t really care. This is a film that reveals more riches each time you see it, and stands as the work that would catapult Clouzot onto the world stage and into the realm of the cinema’s great directors. The best would be yet to come, but Quai des Orfèvres made everything after it possible. Quai des Orfèvres arrives on Blu-ray packaged in a standard case. Video codec is 1080p/AVC MPEG-4 and audio is DTS-HD Master Audio 2.0 mono. Once the disc is inserted into the player, the static menu with music immediately pops up; no previews or promos precede it.

Fresh from a 4K restoration, Quai des Orfèvres looks terrific on Blu-ray. The 1080p/AVC MPEG-4 transfer boasts a beautiful film-like appearance, thanks to a natural grain structure that supplies texture and heightens the gritty atmosphere of post-World War II Paris. Clouzot films are packed with visual details and striking shot compositions, and this top-notch rendering brings all the elements of the frame into brilliant focus. Contrast and clarity are quite good. Though some scenes adopt a slight gauzy quality, the effect seems intentional and only adds to the film's distinct flavor. Blacks are lush, whites are well balanced, and the grays in between are wonderfully varied. Sharp close-ups showcase fine facial features, shadow delineation is crisp, and only a few errant blemishes dot the print. I can't imagine Quai des Orfèvres looking any better than it does here, and this superior transfer makes this artistic and absorbing mystery a joy to watch.

The DTS-HD Master Audio 2.0 mono track supplies clear, well-modulated sound. Suzy Delair's pleasing soprano vocals exude a lovely rich tone, as do the accompanying orchestrations and Francis Lopez's music score. A wide dynamic scale embraces all the highs and lows without any distortion, all the dialogue is well prioritized, and any age-related hiss, pops, or crackle have been meticulously erased. The sounds of the Parisian cityscape are well rendered, and tense silences are clean. Like the film's police investigation, this is a workmanlike track, and it does its job with a minimum of flourish.

Clouzot's more famous works sometimes overshadow Quai des Orfèvres, but this masterfully constructed, atmospheric, often titillating murder mystery remains one of the acclaimed director's best movies. Packed with memorable characters, sprinkled with a couple of musical numbers, and laced with some provocative themes, the film also paints an authentic slice-of-life portrait of post-World War II Paris as it tells its absorbing, nuanced story. Kino honors the movie's pedigree with a lovely 4K restoration, solid audio, and a couple of good supplements. You don't have to love French cinema to love Quai des Orfèvres, but once you watch this beautifully mounted motion picture, you just might. Highly recommended.