A murderous mad ape of gigantic proportions terrorizes a major metropolitan city. No, not King Kong - KONGA! John Lemont's cult classic lands on Blu-ray bringing the big furry beast to life with a wonderfully unhinged madman performance from Alfred The Butler Michael Gough. It's big, it's dumb, it's two tons of furry fun! Kino Lorber Studio Classics delivers a technically terrific Blu-ray with a stellar A/V presentation. Sadly extras are lacking but the show should keep you more than entertained for 90-minutes. Recommended. 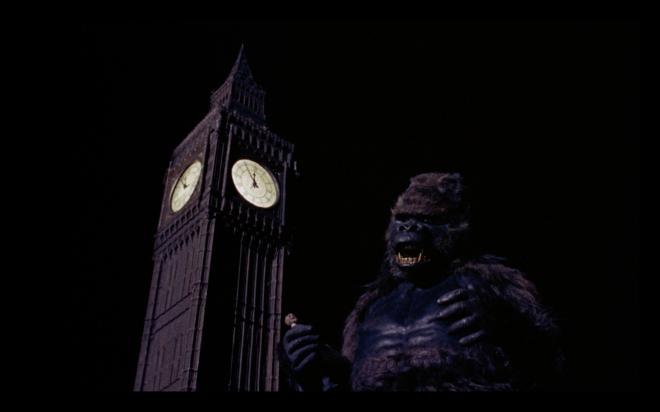 After being lost in the African jungles for over a year, Dr. Charles Decker (Michael "The Butler" Gough) has returned to London ready to take the world by storm with his new research into gigantism. With his research assistant Margaret (Margo Johns), Decker intends to prove his theories correct using the chimp Konga. Forcing the poor animal to grow to the size of a gorilla, Decker sets the beast loose on his critics and anyone who stands in his way in a murderous rampage. When the beast's size can no longer be controlled - all of London is at risk from Konga's reign of terror!

There's no two ways about it, Konga is pure cinematic cheese of the best sort. What I love most about John Lemont's direction and Aben Kandel and Herman Cohen's screenplay is that it just goes for it. Limited budget be damned, there is going to be a gigantic gorilla terrorizing London! It doesn't matter that the gorilla was once a chimpanzee - they apparently didn't have a chimp costume - so what the hell, make it a man in a gorilla suit! Toss in some botany mumbo-jumbo about carnivorous plants as the key to somehow unlocking gigantism and a delightfully unhinged Michael Gough and by golly, you have yourself a movie!

Gough is a particular stand out here. It's nice to see the man chew up some scenery once in a while and there's plenty of shoe leather to go around. I'm so used to him playing calm stately characters that watching him go full egotistical mad scientist was a hoot. Then you have the plot of him using hypnosis on an ape to go and murder people who dare question his deranged sense of authority and you have a movie that's one part serial killer thriller and another part giant ape monster show. Even when Konga goes HUGE and he's obviously carrying a doll around, the show still manages to entertain. It's not a great movie, but then it doesn't have to be amazing to be a hell of a fun time.

There have been so many giant ape movies it's practically a sci-fi sub-genre unto itself. Konga is certainly better than The Mighty Gorga, and arguably better than Queen Kong, and for sheer plot bravado is stands taller than A*P*E 3-D. For second-tier ape movies Konga is a wild ride. If you're out there collecting giant creature features  Konga is an essential piece of cult cinema.

Konga invades Blu-ray in a single disc set courtesy of Kino Lorber Studio Classics. Pressed on a Region A BD-25 disc, the disc is housed in a standard sturdy case. The disc loads to a static image main menu with traditional navigation options. 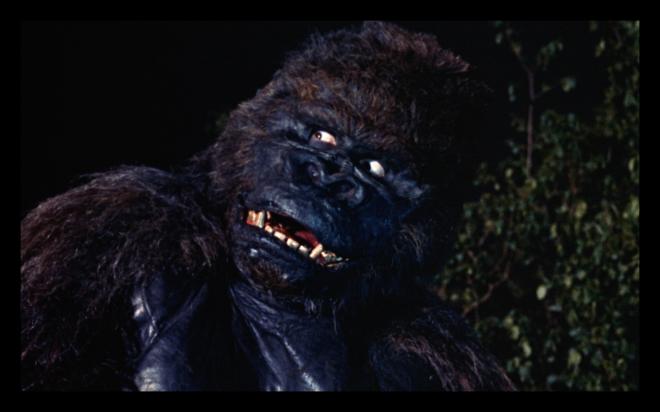 Sourced from a fresh new 2K Master, Konga squishes Blu-ray with an impressive 1080p 1.66:1 transfer. For a production that skirts by on some slightly dodgy effects and miniatures work, the image almost looks too good allowing for extra scrutiny. The gigantic flesh-eating plants in Decker's greenhouse are a particular delight! That's to say nothing of the gorilla suit used. It's not as rough as the one employed for A*P*E 3-D - but it's close! The image is often clean of any age-related wear and tear. The only dodgy spots where speckling and some staining appear is during a few of the film's optical effects shots with Konga superimposed into the image. Gunfire during the climax can look a bit odd as it'd appear that they simply scratched the negative rather than animate the trace of bullets. But that little quibble really is the worst of it. As a whole, the image sports fantastic details, bold primary colors, deep inky blacks, and a nice natural grain field for a welcome film-like appearance. 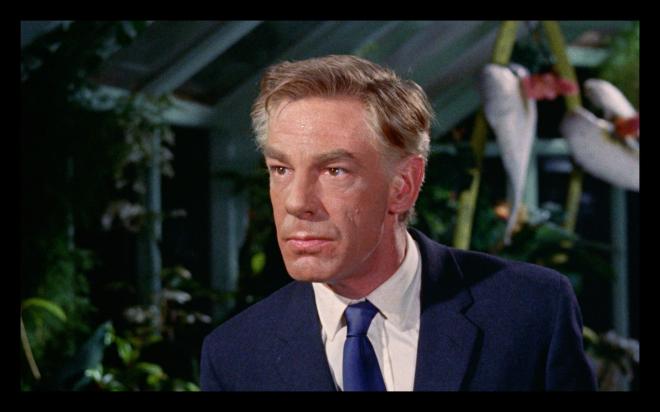 There's no monkeying around with Konga's solid DTS-HD MA 2.0 mono mix. The film makes great use of space and sound effects while dialog and the score are the primary players here. Much of the film plays closer to a serial killer thriller with sound effects more focused on the average human interactions and surroundings. In the final act when Konga goes big, the mix opens up nicely to account for the wild crowd sounds and the rampaging ape noises. Even as a mono presentation there is still some great sonic spacing in the soundscape to enjoy. Levels are on point without need for adjustment. 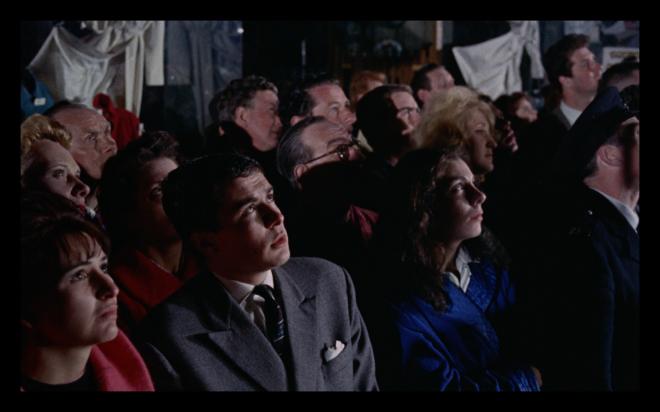 Sadly bonus features are a bit on the light to non-existent side of things. I'd have loved an audio commentary, but alas it is not to be. 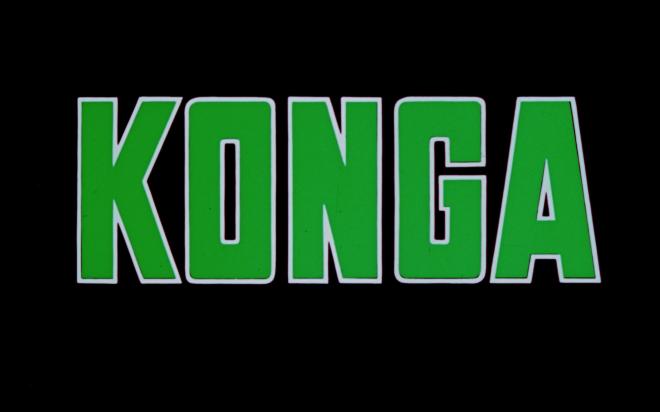 Konga isn't going to be mistaken for a cinematic classic - but within its own sub-genre of giant ape movies, it's a good'n. Certainly not the best of the pack, but I'd personally rank it about par with King Kong Lives. It helps to see Michael Gough go full tilt madman. He's always had a knack for standing out in the scene but here he's positively chewing on it - and clearly having a great time! How a chimp becomes a gorilla is anyone's guess but this is a fun show from beginning to end.

Kino Lorber Studio Classics delivers Konga to Blu-ray in terrific order with a splendid video transfer and an effective audio mix to match. I would have loved to see some cool bonus features, but it's not to be. Just the same, if you love your slice of cinematic cheese, this cult classic is an essential piece of the collection, Recommended

Sale Price 17.99
List Price 29.95
Buy Now
3rd Party 16.99
In Stock.
See what people are saying about this story or others
See Comments in Forum
Previous Next
Pre-Orders
Tomorrow's latest releases