While not directed by Barker, Hellbound: Hellraiser II is a wonderfully gothic, disturbing, and atmospheric sequel. As we once again follow Ashley Laurence's descent into hell, Doug Bradley solidifies his position as an iconic monster of horror and returns as Pinhead. There's a lot to unpack with this one but its the perfect followup to the original and easily stands as the best sequel of the series. Arrow Video's solo release recycles the same disc from The Scarlet Box Trilogy set from 2016 - but that's a good thing. The disc was stunning in 2016 easily offering up the film's best presentation to date with an aggressive collection of bonus features. If you missed The Scarlet Box Trilogy this one is Highly Recommended.

Poor Kirsty Cotton (Ashley Laurence)… the girl can't catch a break. After the death of her father at the hands of her evil stepmother and her flesh-less resurrected uncle Frank, she's now been committed to a mental asylum lead by Dr. Channard (Kenneth Cranham). Where she should be getting some rest and relaxation, Kirsty is haunted by the images of Pinhead and his minions. Before long she soon finds out Channard has a motive all his own using his patient Tiffany (Imogen Boorman) and others to solve the puzzle box and summon the Cenobites! 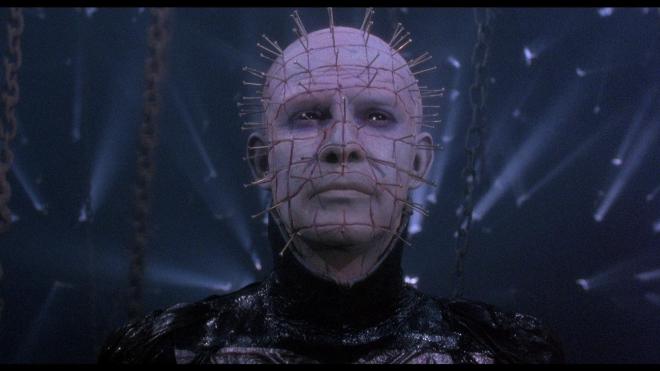 Sequels get a bad rap for offering diminishing returns over their predecessors and for horror sequels it's especially true. It'd damn rare to find a sequel that effectively builds on the original, expands the mythos of the story, and remains a satisfying endeavor. Hellbound: Hellraiser II is one of those rare horror sequels that works. It's not as great as the original, but it expands on the incredible potential the franchise had to offer only to be completely squandered in later sequels. When I first saw these films I rented the first two and devoured them back to back in quick order. At the time Hellraiser: Bloodline had just been released on tape so I had some catching up to do.

The first film introduced me to Clive Barker's world of fleshy horror and Hellbound: Hellraiser II truly cemented my interest in the series. Even though the film was solid I felt like it was starting to ebb into something a bit more commercially palatable. While still firmly rooted in Barker's vision, there was something almost "Slasher Film" about it - especially during the final act where it devolves into a monster chase. Even with that concession, the film still felt unique. It offered this glorious and imposing vision of hell as a massive maze that is impossible to escape from - unless you're Uncle Frank or Julia that is!

Part of what keeps Hellbound: Hellraiser II standing as one of my favorite horror sequels was the use of the mental institution as the setting. The first film was about how this force could rip apart a family and the destruction of the home. This was a hit that the institutions designed to better us could possibly make us worse or use us to their own advantage. When we follow the seemingly decent and benevolent Channard into the depths of his hospital where he's locked away the people society tends to forget and uses them to his own ends - it's just chilling. That one man screaming for help to get the bugs off him still haunts me. This was the last time the series felt like it was genuinely working to craft horrific horror films. Hellraiser III: Hell On Earth set the downward spiral into the abyss of direct to video sequels from which the series has yet to return.

Arrow Video gives Hellbound: Hellraiser II some more blood and resurrects it as a standalone Blu-ray release as it was previously part of the Limited Edition Scarlet Box Trilogy. It's the same BD-50 disc as before, only this time it's housed in a standard clear plastic case with reversible artwork. The disc loads to a standard animated main menu with traditional navigation options. 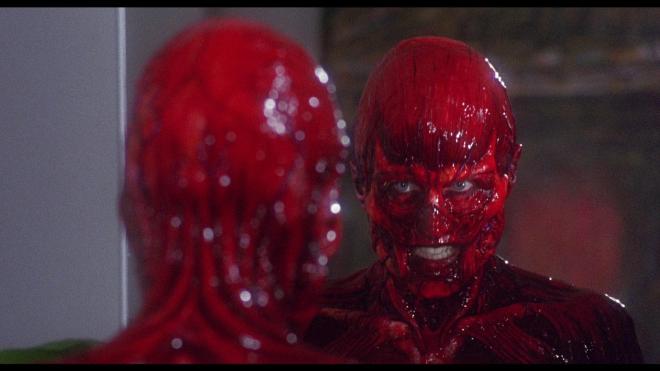 As the best of the sequels with a sadly iffy home video track record, Arrow's treatment of the film on Blu-ray in 2016 was easily the best it's ever looked - and remains so! I loved how each setting had its own unique color scheme from the cold and clinical hospital to the dark earthy dungeons where Channard kept his patients to the bleak labyrinth of hell. While the film has an inherent haziness to it, details stand out brighter and better than ever. Considering the improved gore effects and makeup work for Doug Bradley who gets much more screen time this go around it's really impressive. The 2K restoration stands up, but in the three years since we're now in the throes of another high-end format and I do wish that Arrow had restored the film to 4K masters, but until that day comes, this is certainly a terrific presentation.

Check out our Scarlet Box Trilogy Review for my full thoughts about this video transfer and audio presentation. 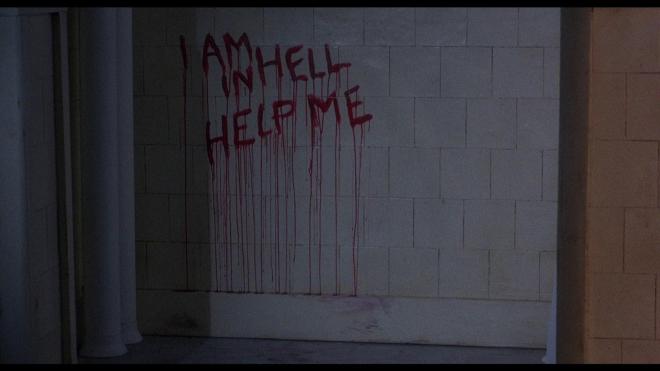 As with Hellraiser, we're given two solid audio mixes to work from here, a DTS-HD MA 5.1 surround track and a more traditional LPCM 2.0 mix. Again, I'm giving the edge to the LPCM 2.0 track as it sounds the most organic of the two. Frankly, when I first reviewed this disc I let my enthusiasm get the better of me with full 5/5 scores. Both tracks are fantastic, and the best the film has ever sounded, but the best of the best? Maybe not, so I'm adjusting my score down a little for this to reflect three years of reflection.  The DTS surround mix is quite good - especially in the last act when everything literally goes to hell - but that 2.0 mix feels right. The lower LFE comes to the forefront allowing the amazing Christopher Young score to really come alive and maintain that encroaching atmosphere. Admittedly, this could well be my youthful memories of VHS and Laserdisc skewing my preferences. I just like the stereo mix for this more than any enhancement the surround track offered. 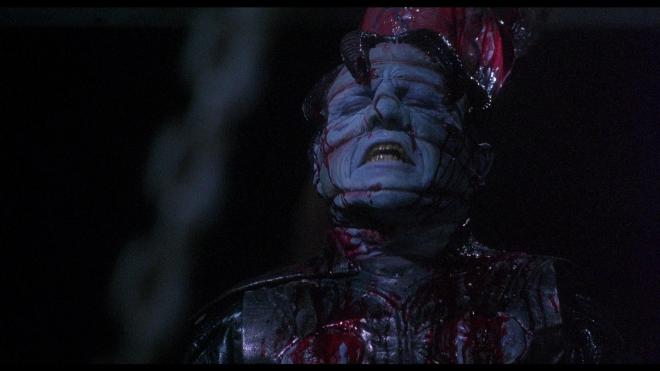 In true Arrow Video fashion, there is an incredible assortment of bonus features available here. Nothing new has been added to the mix since The Scarlet Box Trilogy went out of print, regardless, this is an excellent collection of bonus features to keep you occupied for quite a long time!

Soundtrack Promo: (SD 00:33) To access this promo, select "Special Features" and scroll down to "Under the Skin: Doug Bradley on Hellbound" and then scroll right to highlight "TV Spots" then scroll right again and the promo starts up automatically. This is a brief advertisement for Christopher Young's score that was on the original VHS release. 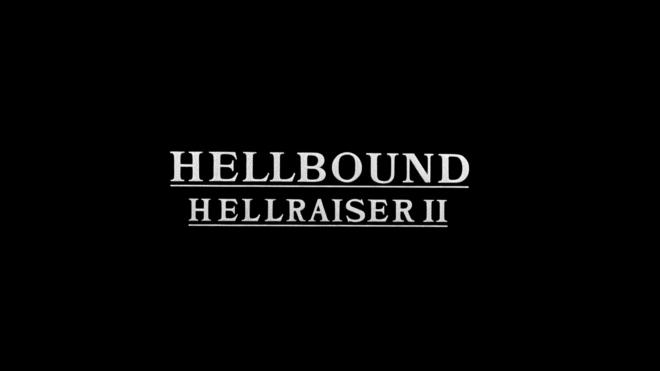 Hellbound: Hellraiser II was the perfect sequel to this hellish franchise. It gave the fans more of the horrors they saw in the first film, expanded the history and mythology, and went bigger by literally taking the audience to hell. Sadly, this was the last truly serious and decent sequel with Hellraiser III: Hell On Earth quickly precipitating the franchise's fall from grace.

At least this Blu-ray from Arrow Video is excellent! Once again they pulled out all the stops and since The Scarlet Box Trilogy went OOP, it's nice that fans who missed out have a chance the pick up this excellent disc. The same great A/V presentation and the robust assortment of bonus features are intact. If you're a Pinhead fan, your collection isn't complete without Hellbound: Hellraiser II - Highly Recommended.

Sale Price 20.66
List Price 39.95
Buy Now
3rd Party 15
In Stock.
See what people are saying about this story or others
See Comments in Forum
Previous Next
Pre-Orders
Tomorrow's latest releases