Sometimes to focus on what's most important in life, you have to be cursed and become little again. Regina Hall, Issa Rae, and Marsai Martin as a mini-Hall hit Little with a lot of laughs, but an uneven story. Universal delivers Little to Blu-ray featuring a bright and bold image transfer and solid audio mix. If you just need a good laugh, the performances and some great gags can be found here - even if the movie can't quite decide who is its target audience. Worth A Look

Tech entrepreneur Jordan Sanders (Regina Hall) has it all - gobs of cash, a closet of high fashion, an amazing penthouse, an awesome car - and she's the boss! Long ago she vowed to never let anyone tell what to do - or what she couldn't do. As an adult, she's become a tyrant. She's horrible to her assistant April (Issa Rae) and her staff fears for her life every time she walks into the office. But one' little girl's curse is going to teach Jordan Sanders a lesson. When Jordan awakens in her 13-year-old body (Marsai Martin), she has to learn some important life lessons fast if she hopes to save her company, rescue her relationship, and make amends with April. But first - she's got to go back to school to keep a Child Protective Services agent off her back. 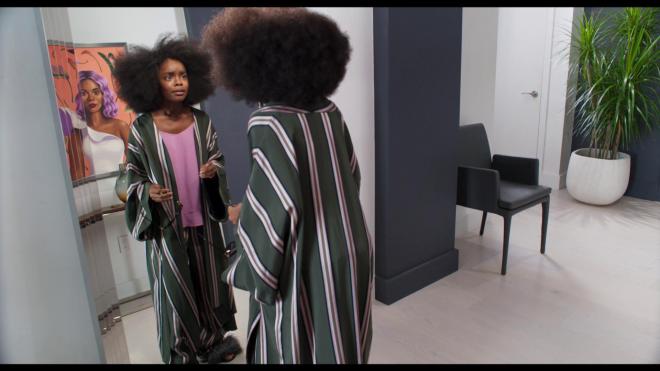 Turn Big inside out, slip in the story basics of 13 going on 30, and sprinkle in a little Freaky Friday (either version) and you basically have Little. Maybe it was the stressful work week we had or that we just needed a laugh, but my wife and I laughed at Little. A lot. A lot more than I honestly thought I would. That first 15-20 minutes had us practically in tears. Again we could have been a bit punchy but I'm also going to toss some credit to Director Tina Gordon and her co-writer Tracy Oliver for crafting genuinely written jokes that weren't just motormouthed improv schtick. I also need to toss a lot of credit to Hall, Rae, and Martin for carrying the load and keeping the situation silly and nailing the punchlines.

That said, I do wish I could add that Little was a perfect comedy, but it isn't. I'll say that I enjoyed the hell out of it - because I did - but it stumbles in the middle. The film gets stuck in an uneven middle period where it just doesn't know who the movie is for. The movie may be called Little, but that first 20 minutes I loved so much was not at all intended for a younger crowd. While not vulgar or gross, they're adult jokes because really only 30-something tax-paying adults would get the jokes. That's when this movie is at its pitch-perfect best. Where it slips up is when it tries to appeal to the younger crowd by making it a "back-to-school" comedy. I appreciate it's intended message about the consequences of bullying - I was bullied mercilessly as a kid, it hits a cord - but it just feels flat and out of place with everything we've seen before. All of a sudden it went from being a soft R-rated adult-friendly comedy to an under 12-year-old PG-friendly movie. It's a bit of whiplash, to say the least.

To that end, I couldn't help but wish the filmmakers sidestepped the school stuff and kept her at her office as a 13-year-old. While there are still some funny gags when Jordan moves back to school and gets looped in with the dorks, it never finds its footing and even its message about being true to yourself just came as tired cliche. Where it would have been fun was to see how adults interact with her now that she's a kid. That's where that plot point was funniest in that first act. Thankfully, the film doesn't completely lose itself and comes home in fine form.

Little certainly isn't the best comedy ever made, but it filled my night with some good laughs. Certainly, everyone's mileage will vary depending on taste, but considering this was marketed as "From the producers of Night School" it could have been a whole lot worse! Such as it is, it's certainly worth taking a gander at if you need something fun to watch.

Little arrives on Blu-ray courtesy of Universal in a two-disc Blu-ray + DVD + Digital set. Pressed on a Region Free BD-50 disc, the discs are housed in a sturdy two-disc case with identical slipcover artwork. The disc loads to trailers for other upcoming Universal releases before arriving at an animated main menu with traditional navigation options. 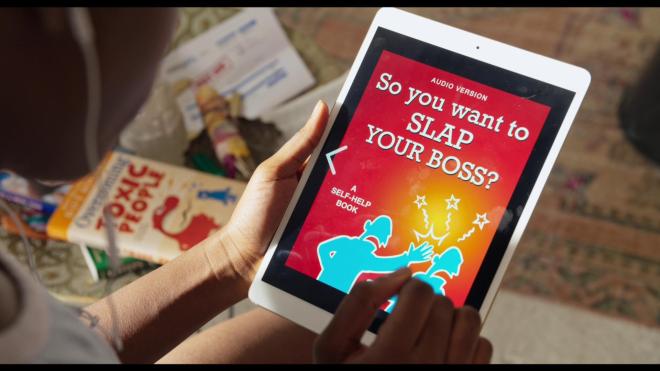 Visually speaking, Little isn't the most innovative movie, but for typical comedy stuff, it looks pretty damn good! For this 1080p 1.85:1 transfer, details are on point. This is a very bright and light-filled movie so facial features, clothing, set design, locations are all on display and details look fantastic. Colors are a big point of the film with costumes and sets filling the image with bright bold primaries and healthy flesh tones. I wish this had gotten a 4K UHD release so we could see what some HDR could do for things - that's the only way they could look any better. Black levels are on point with some nice deep inky blacks. Whites are bright and crisp without any blooming issues. Aside from some very slight video noise in a couple of spots, this is a practically flawless video presentation. 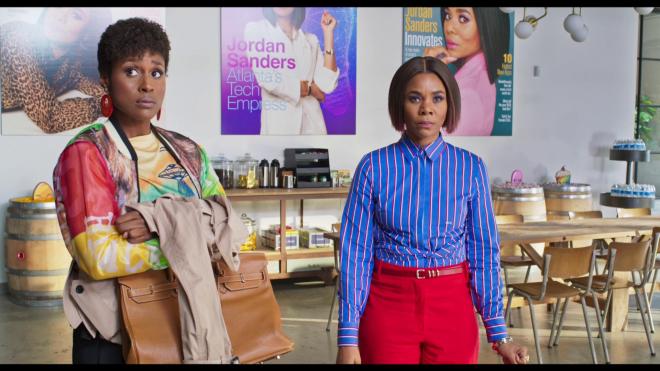 Theatrically, Little was released with a DTS:X mix. We don't get that here. Instead, we're given a serviceable and respectable DTS-HD MA 5.1 track. It's a good mix overall, but it's not very dynamic. After watching the movie I don't really see how a DTS:X mix could improve things. Dialogue is crisp and clear throughout. Sound effects are on point giving the mix some directionality and dimension. Jordan's car is a point of lovely engine roar and there's a school show in the third act that gets those channels some action. Otherwise, there's not a whole lot more than the basic materials checked off on the list. Atmospherics let some open locations breathe, but there isn't any time spent to really give one space more character than another. All around it's a fine mix that gets the job done - no better no worse. 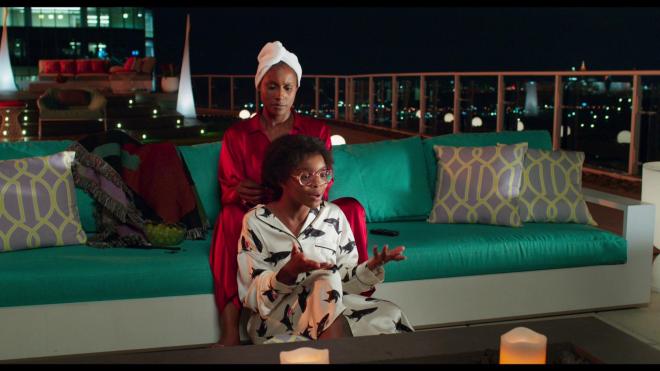 Bonus features for Little are on the skimpy side. They're all pretty basic by the numbers EPK sort of material. You get some small insights into the production here and there and the Audio commentary is pretty decent, but there's not a heck of a lot here to blow your hair back. 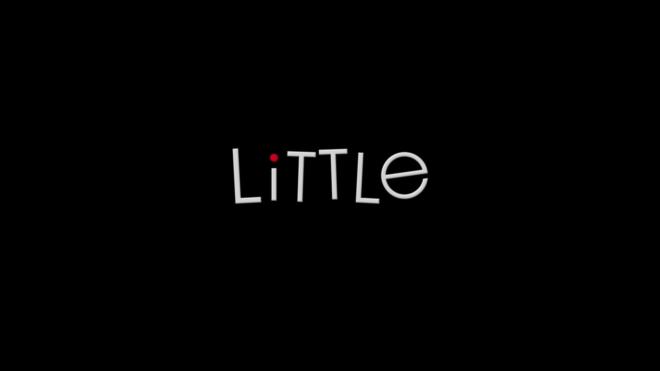 Little has a lot of heart and plenty of decent laughs. It's uneven and loses itself in set-pieces that feel shopped together in a producers' room, but overall the flick is a funny watch and the casts' comedic timing together is great. Universal delivers Little to Blu-ray with a terrific video transfer, a solid by-the-numbers audio mix, and a small assortment of bonus features. If you just need something simple and entertaining, Little should deliver. Worth A Look.

Sale Price 7.88
List Price 14.98
Buy Now
3rd Party 3.71
In Stock.
See what people are saying about this story or others
See Comments in Forum
Previous Next
Pre-Orders
Tomorrow's latest releases