Mississippi Burning lands on Blu-ray for the second time courtesy of Kino Lorber Studio Classics. Alan Parker's race drama/thriller loosely based on historical events may dip a few toes too many into conventional melodrama, but it's a powerful beast. With incredible Oscar-winning cinematography, the film features one of Gene Hackman's best performances of his career with great turns from Willem Dafoe as idealistic FBI agent and Francis McDormand in an Oscar-nominated role. It may not be perfect but it's still powerful. This disc gives the image a slight update with a new 4K scan but recycles the same iffy audio mix. If you missed the Twilight Time release, consider this one Recommended.

"These people are crawling out of the sewer, Mr. Ward! Maybe the gutter's where we outta be!"

Three civil rights workers investigating the burning of African American churches in rural Mississippi have gone missing. Idealistic FBI Agent Ward (Willem Dafoe) is put in charge of finding the three men. Assigned to help him is Agent Anderson (Gene Hackman). A fellow Mississippian and former rural sheriff, Anderson knows the type of town, and he knows the people. He knows in his heart those three young boys didn't get out of town alive. With the Mayor (R. Lee Ermey) indifferent, the Sheriff (Gailard Sartain) unreasonable, and the town deputy (Brad Dourif) uncooperative, Agent Ward begins to see first hand the cultural divide that has split the nation. As the investigation bogs down showcasing the ingrained racism of the town, Anderson convinces Ward that to find the dirty truth you have to be willing to jump in the mud.

If you want to take a look at another great review for Mississippi Burning, I encourage you to check out Shannon T. Nutt's review of the 2015 Twilight Time Blu-ray. 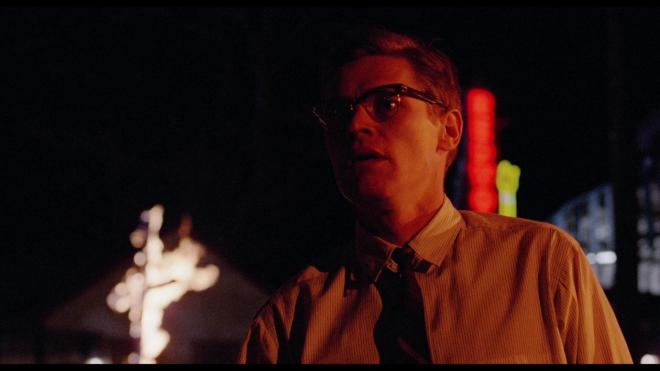 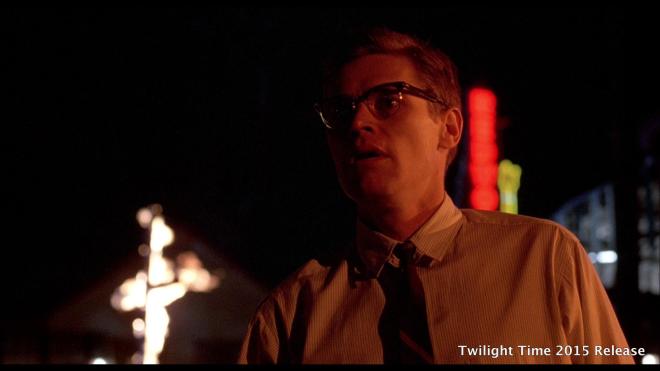 I've been through Mississippi Burning a few times now and the frankness of some of the most brutal sequences never fails to land a solid gut punch. That said, Director Alan Parker working from a script by Chris Gerolmo can't help some overly-sentimental stagings. When the film is firing on all cylinders, it's fierce and moves with purpose and precision. When it stops to become meditative, it borders on the egregious line of becoming schmaltz. Thankfully it doesn't go full bore over that hill, but it gets darn close at times.

Shannon mentioned a few other issues with the film in his review that I share, namely the depictions of the African American citizens, so there's no sense rehashing those points here. Where I give this movie a lot of credit is for the committed performances. Gene Hackman - in an Oscar-nominated role - is a particular highlight. With a little rewrite, this film could nearly have been a French Connection prequel as he brings the same intensity that breathed so much life into Popeye Doyle. Amazingly enough, it's this performance that almost made Hackman quit any and all violent movies. When he saw that his Oscar highlight clip was nothing but his most brutal moments from the film he backed out of directing and starring in The Silence of the Lambs and he almost didn't sign on for Unforgiven!

While Hackman is certainly the standout - as he often tends to be - credit must also be given to Dafoe for delivering another commanding performance along with Francis McDormand for her part as a woman trapped in an ugly world. Stephen Tobolowsky sinks into another truly scuzzy character with charismatic ease while Michael Rooker is intense and memorable in another ugly unlikable asshole character that defined the early part of his career.

Mississippi Burning may not be historically accurate and it may struggle with depictions of various peoples, but it is an earnest effort. 33 years after its release, it's still an arresting and brutal thriller. The film as a whole may not be perfect, but there are some perfect elements at play that shouldn't be missed. If nothing else it should encourage you to research the actual case and the events that transpired.

Mississippi Burning lands on Blu-ray once again, this time courtesy of Kino Lorber and their Studio Classics label without a limited number of available copies. Pressed on a BD-50 disc, the disc is housed in a standard sturdy case. The disc loads directly to a static image main menu with traditional navigation options. 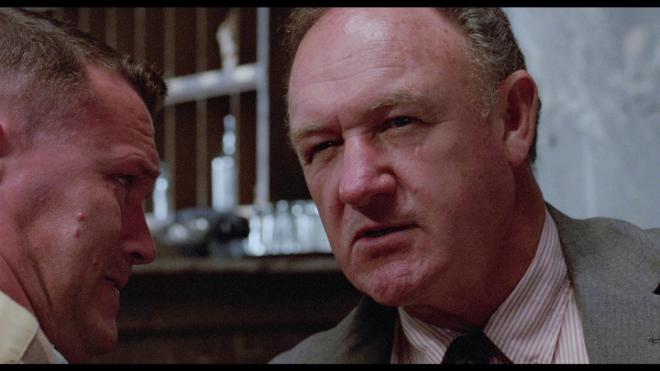 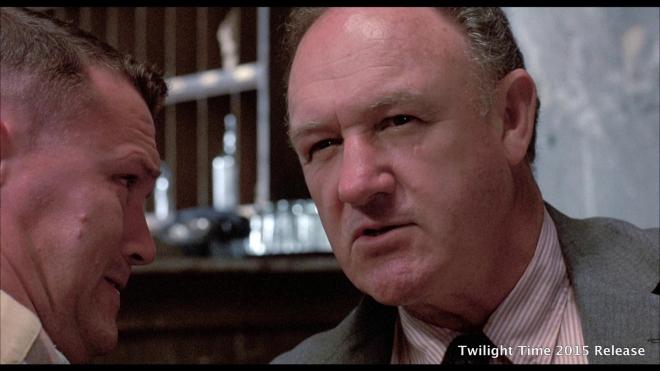 While the improvements offered in this new transfer may not be enough to warrant a double-dip, it's still a great looking image. These improvements in overall quality are notable and when watching scenes side by side. For this 1.85:1 1080p transfer, the first thing you'll see is that contrast has been brought under control. Not that it was a problem on Twilight Time's original disc from 2015, but that image was notably brighter. Whites could have a little bloom to them, and darker scenes could lend to hazier film grain.

That's all been mitigated here. Whites look nice and bright but don't bloom nearly as much. If anything you can now see shades of white where you couldn't before. Some darker sequences that could look a bit more hazy like the opening car chase sequence for example now has a more uniform black tone without dipping too close to crush or losing details. Film grain is still apparent but a healthy presence giving rise to nice detail levels. Some patterned clothing really pops now and some fine facial features get a little extra push. Colors are robust as ever with a strong primary presence while the overall tone is a little cooler without pushing blues too hot. Flesh tones now also enjoy a little more natural coloring, a little more red/pink instead of uniform pale. 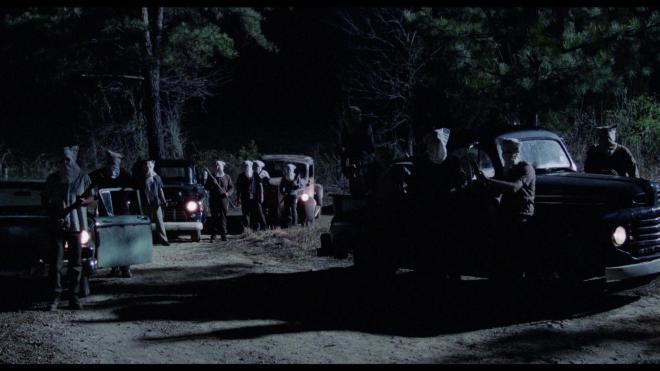 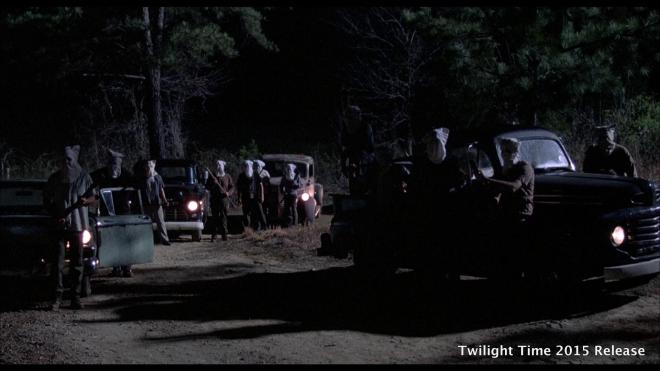 Free of any spotting, edge enhancement, or any sign of DNR, this is a beautiful looking image. The previous 2015 release was already a pretty great looking release so even if Kino recycled that transfer, it would still get strong marks. But it's easy to see the improvements here - especially in motion. This is especially the case in close up shots where you can now spot a lot more small detail in faces and pigmentation. There are a couple of spots during dark scenes that were already getting close to crush in 2015 and edge a bit closer for this slightly darker transfer - but that's my only slight quibble. Otherwise, this is an excellent looking release. 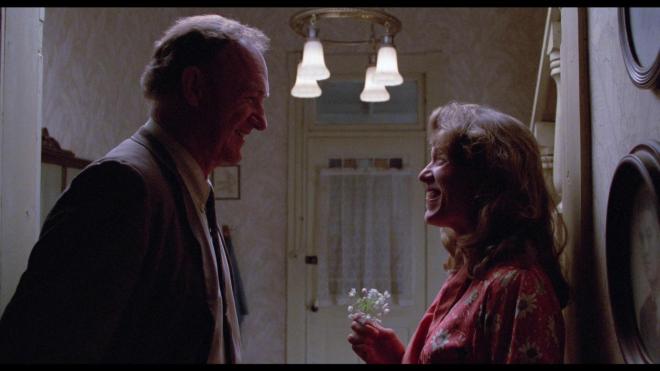 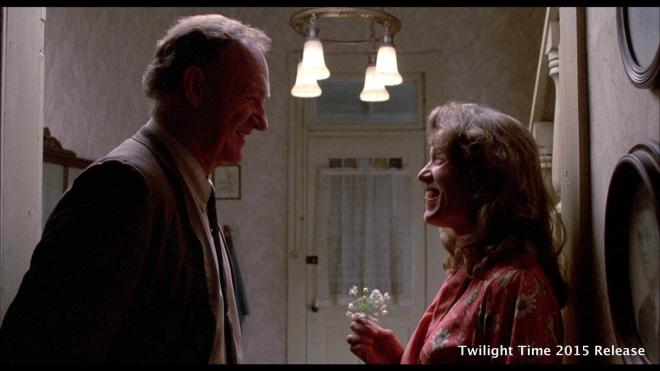 One thing I wish Kino Lorber Studio Classics had done was request a new audio mix. That isn't to say that the old DTS-HD MA 2.0 mix was bad. It does offer clean dialogue, strong action sounds, and the Trevor Jones score is solid stuff. It's just not very dynamic. Listing to this track again it felt like there were walls built alongside my stereo channels, sound simply doesn't move out of that range and it can limit the sense of atmosphere - especially during quiet sequences. The civil rights march, scenes where the Navy are stomping through swamps, and a couple of other moments pick up nicely, but only just so much. When there are one-on-one character exchanges the mix can just feel a bit too flat and confined for comfort. That said it's still effective and levels are pronounced enough that you don't have to adjust anything. Free of any hiss or pops, the mix is clean and a solid listen - I just wish it had a little extra punch. 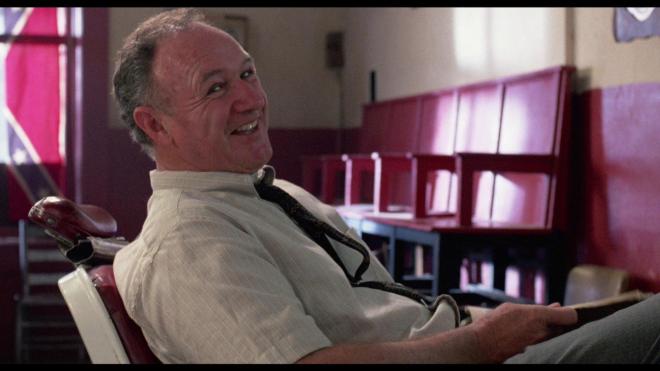 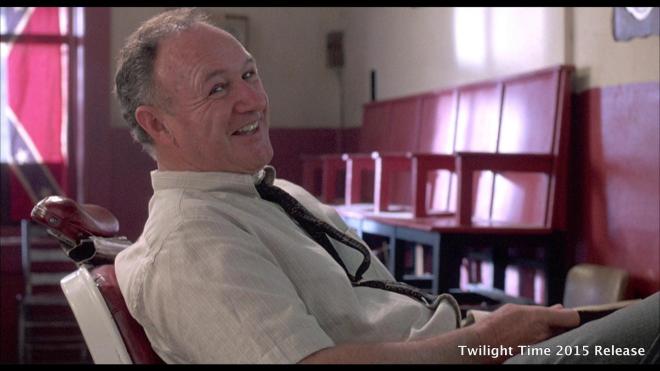 The Twilight Time release offered one unique bonus feature that wasn't ported over for this release - Trevor Jones' Isolated Score. While that's not an altogether deal breaker here, I do miss it. It may not be the most dynamic score, but it's a moody atmospheric piece and it's a good listen. Otherwise, this disc offers the same Alan Parker audio commentary which is informative but a spotty listen. 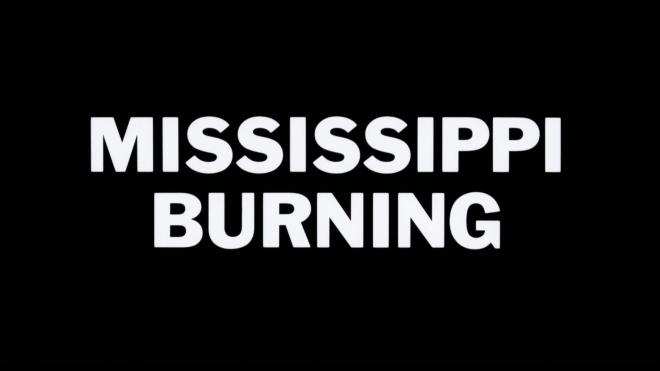 Mississippi Burning is a hell of a film depicting race relations during the Civil Rights era. It may take some factual liberties and it does have an issue with some characterizations - but it's still a powerful piece of cinema. If nothing else it features some incredibly memorable performances from Hackman, McDormand, Dafoe, as well as character actors like Brad Dourif, R. Lee Ermey, Stephen Tobolowsky, and Michael Rooker.

Kino Lorber Studio Classics takes over distribution duties from Twilight Time with this release. The good news is, if you missed that release before it sold out, the new 4K scan offers up a clearer and slightly improved image transfer. However, if you already own the Twilight Time release, the improvements aren't quite enough to make a double dip with the investment. Regardless, this is a hell of a film and Kino Lorber Studio Classics delivers yet another solid release. Recommended.