A Private War tells the story of war correspondent Marie Colvin played brilliantly by Rosamund Pike in a true "warts and all" presentation. Unflinching, the film digs into her character and questionable motivations for going into war zones while showcasing the important work she did as a journalist exposing genocidal conflicts in parts of the world most people never heard of. It's a tough watch, but an important one. Universal Studios delivers an excellent Blu-ray presentation with a gorgeous 1080p transfer, effective DTS-HD MA 5.1 mix, and a slim assortment of bonus features - this is a film worth seeing and revisiting. Highly Recommended.

Biopics are usually a very tough sell for me. I don't generally put them up on a pedestal as they frequently present only the best face of the individual even when they're a deeply conflicted and morally questionable character *cough* The Front Runner *cough* or their accomplishments are diminished so that someone else in their orbit who wasn't as important is cast in a better light - looking at you Bohemian Rhapsody. Going into A Private War, a retelling of celebrated war correspondent Marie Colvin starring Rosamund Pike, I was expecting some sort of glorified "Rah!Rah!" puff piece that didn't really dig into her as a character beyond her journalistic accomplishments. Thankfully those low expectations didn't bear out.

From documentary filmmaker Matthew Heineman directing a script written by Arash Amel based on Marie Brenner’s 2012 Vanity Fair article, “Marie Colvin’s Private War”, the film thankfully digs deep into Colvin going so far as to question her motivations and showcasing the toll it took on friends and family while celebrating the work she accomplished before her death in 2012 during the fighting in Homs Syria. 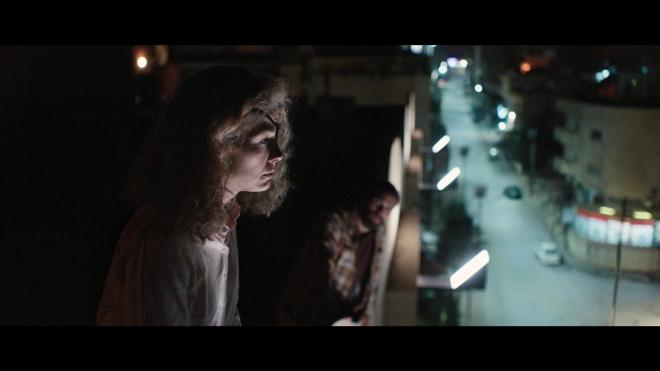 A Private War isn't a film one can recap as Marie Colvin's story is widely known - and in a certain respect, still unfolding. A dedicated journalist, she routinely and fearlessly would sneak into war zones all over the world to report acts of brutal genocide while reporting the human toll on innocent civilians often giving names to faces whose story otherwise would never be told. It's incredible work and an impressive accomplishment.

But one has to ask the question "why?" Thankfully this film doesn't shy away from that question.

As Colvin continued to enter war-torn areas like Sri Lanka (where she lost an eye) or sneak into parts of Iraq long before Coalition troops deemed it safe for reporters, we get to see the extreme personal toll it took on her as well as the people closest to her. Suffering from PTSD, she turned to alcohol to cope and would frequently alienate her closest friends and family. The reason the film's willingness to ask "why" is so important because Colvin likely didn't know that answer herself. A Private War deftly balances her motivations ranging from addiction to glory to a personal need to do what no one else was willing to do. She's never presented as a completely altruistic person making this particular biopic a marked accomplishment in the face of so many other vapid and soulless entries made for the sake of "entertainment."

While the film doesn't flinch from showing the horrors of war, it's not a War Film. Any gunfire or explosions feel incidental to the central point that Colvin often put herself in the line of fire to tell the civilian side of war. Truthfully, knowing that documentary director Matthew Heineman was making his scripted directorial debut with this film should have been an indicator at this film's goal for an authentic multi-dimensional presentation of Marie Colvin.

There is one particular scene between Rosamund Pike's Colvin and her photographer Paul Conroy (Jamie Dornan in a role that makes you easily forget he was in the Fifty Shades movies) at a facility where Colvin is being treated for her PTSD. He actually asks her why she does what she does. The answer is a true warts-and-all analysis of Colvin as Pike details her accomplishments but also everything its cost her. While this exchange probably didn't actually happen, it leaves you to weigh the risk/rewards balance of her life.

Was her death worth the results?

This isn't to say that after her death her story is over either. As evidence suggests the Syrian government specifically targeted her for her reporting in Homs, her family recently won a major lawsuit where the U.S. District Court for the District of Columbia awarded Colvin's family over $2.5 million in compensation in addition to $300 million in punitive damages against the Syrian government. Granted, this is largely a symbolic gesture as the Syrian government didn't attend the hearing and aren't likely to pay a single cent of that. If nothing else, it's recognition for Colvin's work.

A Private War isn't an easy film. It's not the family-friendly pop music-fueled biopic designed to make you feel good. But in the wake of various world affairs and events, going through that journey if only to learn a little more about Colvin and other war correspondents and their work is worth any potential personal discomfort. It's not one you're going to want to watch over and over again, but it's a film that almost requires multiple viewings.

Universal Studios brings A Private War to Blu-ray in single disc Blu-ray + Digital set. Pressed on a BD-50 disc, the disc is housed in a standard sturdy case with identical slipcover artwork. The disc loads to trailers for other Universal releases before arriving at a static image main menu with traditional navigation options. 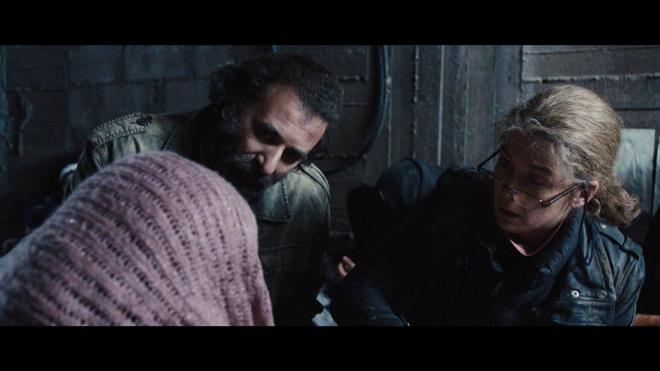 A Private War arrives with an often stunning 2.35:1 1080p transfer that is sidetracked with some slightly distracting compression issues. 99% of the time the film is a richly detailed image that shows the grim side effects of combat with unflinching lingering detail. Facial features, makeup work, clothing, and the film's incredible production design come through amazing clarity. Colors don't often sport much in the way of pop or pizzazz - unless by intention. They're accurate with solid primaries, but they're also muted to give a weathered and tired feel to the image. Reds and yellows do get some extra attention. Black levels are most of the time spot on with some great image depth. However, there are some slight sporadic anomalies that keep this from being a near-perfect presentation.

Noise in dark scenes or dimly-lit locations is present. It's especially apparent when the camera goes from a dark inside location to a bright outside. Occasionally there were a few scenes that look strangely flat and I couldn't figure any narrative style reason for them to be other than possible reshoots in front of stagnant image backgrounds. Again these little anomalies aren't a serious distraction, but I wonder if we'd been given a 4K UHD with HDR release if these niggle points would be mitigated. 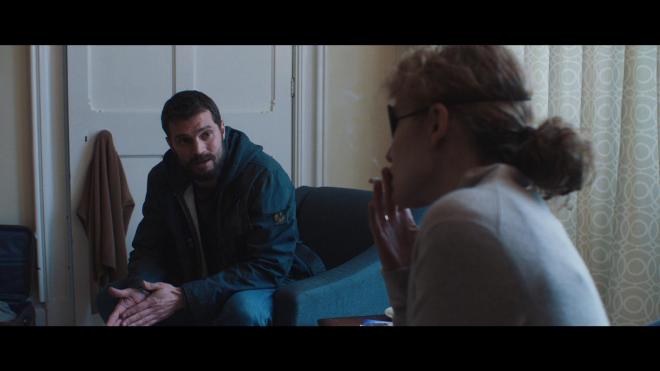 I've got to tip my hat to the sound designers for this film as they've crafted a nicely nuanced DTS-HD MA 5.1 audio mix. All of the basics are covered, scoring, dialogue, sound effects, with nicely immersive results. What really stood out to me in the sound design is a few moments in the middle stretch where Pike's Colvin is struggling with her PTSD and you're not completely aware where in time and place she is. As her flashes in and out from war zones to being in bed with her boyfriend to alone in her apartment to a hotel room as she's writing her reports, the sounds swirls and moves in and out of different channels with sides and rears providing this engrossing disjointed effect to what was happening on screen. If I have a non-gripe gripe it's that it's not in Atmos or DTS:X that's really the only way this mix could possibly be any better than it is - and it's already pretty damn amazing! 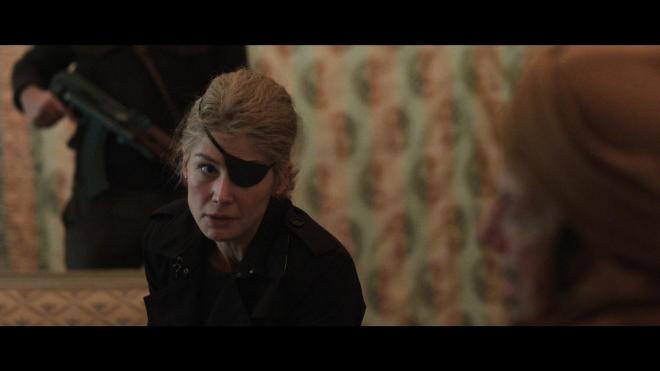 Unfortunately, the bonus features department is where this release follows the common practice of dropping the ball with a string of EPK featurettes that would be better suited on YouTube and don't really delve into the production. There is some interesting behind the scenes stuff to glean from these little features, but they're not enough to get excited about. 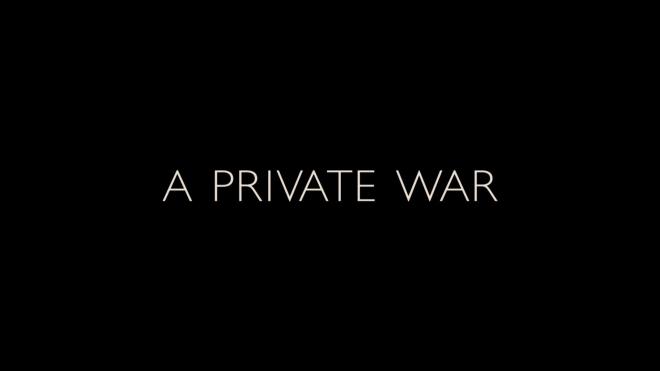 Unflinching in its scope and presentation of a complicated individual, A Private War is one of the rather rare bio-pics of late that actually feels like it's giving audiences an honest examination of its subject. Marie Colvin was a relentless seeker of the truth in nightmare war-torn areas of the world, but her accomplishments came at a deeply personal cost - not only for herself and her life but also friends and family. It's a hell of a film with incredible performances -, especially from Pike. Essential viewing all the way.

Universal Studios delivers A Private War to Blu-ray with a strong video presentation and unsettling and effective audio mix, but only a couple toss-off bonus features. It may not be an easy film. Probably not one you're going to pull off the shelf very often, but it's a must-see film. Highly Recommended.

Sale Price 15
List Price 22.98
Buy Now
3rd Party 15
In Stock.
See what people are saying about this story or others
See Comments in Forum
Previous Next
Pre-Orders
Tomorrow's latest releases