The Cannon Classic - 10 to Midnight - stars the one-man army against crime Charles Bronson against a psychopath who kills women while in the nude. It's 80s exploitation at its finest. After a pretty decent Blu-ray in 2015, Scream Factory gives it a true Collector's Edition release for 2019 with a fresh new 4K scan and a host of informative and interesting new and archival bonus features. If you missed the previous release, now is the time to pick it up. If you already own the previous release, still - it's Charles Bronson! You know you're gonna get it! Highly Recommended.

"I remember when legal meant lawful. Now it means loophole."

Back in 2015, I got to take a look at 10 to Midnight courtesy of Twilight Time and had many great things to say about the film then and I would repeat those great things - even louder! So on that note, I don't really see the need to completely rehash myself - go read my review of the 2015 Twilight Time Release. 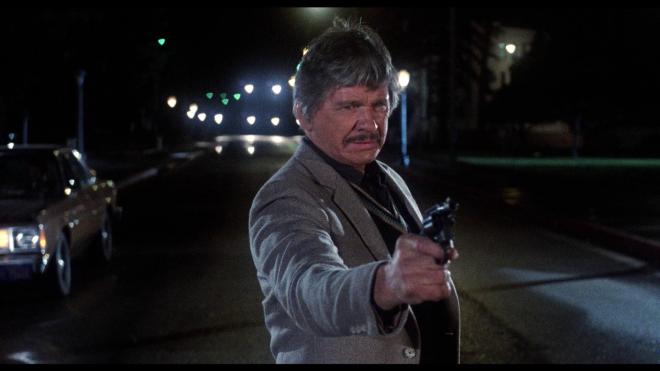 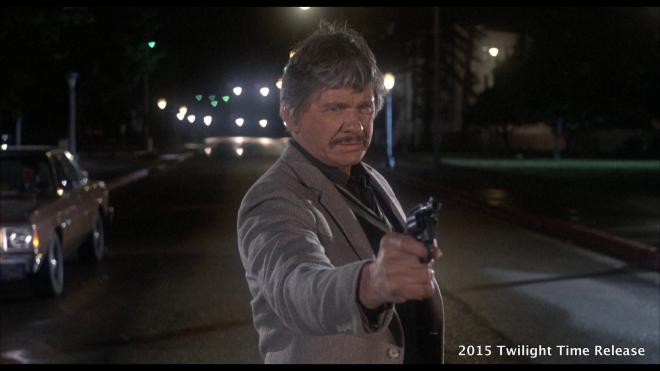 Watching the film again was a blast. It's not one I pull out all the time, but for a late-career Cannon outing for Bronson, it's easily one of his best. It's the cleanest script and he has a genuine character with personal conflicts. He's not armed to the teeth shooting bad guys left and right. He's on a mission and is willing to do anything to take down a killer - even if that means breaking the law. It's schlocky. It's goofy. and it's a great time! This was the first time I watched this one with my wife and she loved it. It's not high art in the traditional sense. But for a Cannon Group film starring Chuck Bronson and directed by J. Lee Thompson - 10 to Midnight is a friggen masterpiece!

10 to Midnight strips nude and slashes its way on to Blu-ray for the second time thanks to a new single-disk Collector's Edition Blu-ray courtesy of Scream Factory. Pressed on a Region A BD-50 disc, the disc is housed in a standard Blu-ray case with reversible artwork and identical slipcover. The disc loads to a static image main menu with traditional navigation options. 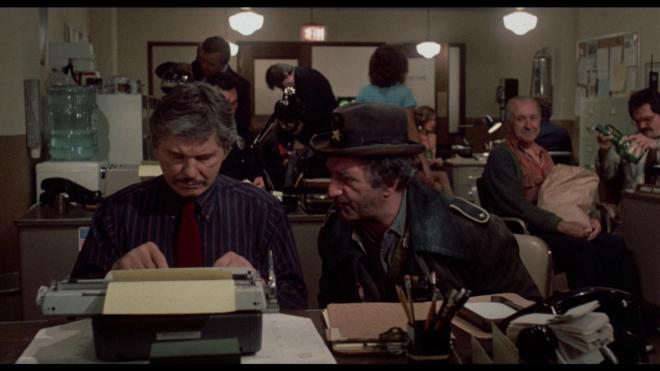 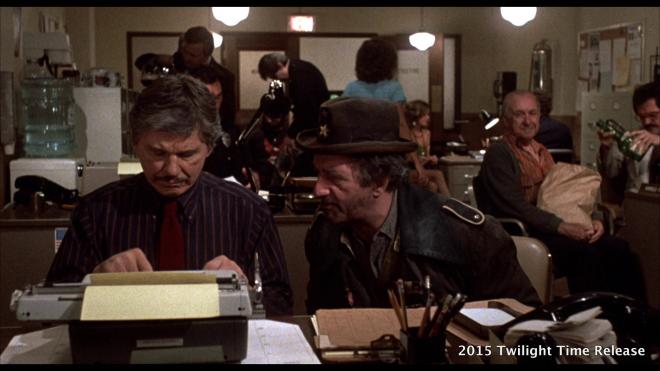 Sporting a fresh new 4K scan of the original camera negative - 10 to Midnight enjoys a damn impressive 1.85:1 1080p transfer that looks better than this schlock classic has any right to! I wasn't disappointed with the 2015 release from Twilight Time, I gave it strong marks considering its age and the film's stature, so I wasn't sure how much more Scream Factory could get out of it even with a new 4K scan of the original negative. In truth, there isn't a huge leap in improvement, but what's there is noticeable and appreciable.For starters, details get an extra layer of refinement. Facial features, clothing, costuming, set design, all of the small details come through with a little extra clarity. Film grain is still pretty thick in places, but it looks more even and better resolved here without it becoming too noisy and without any signs of smoothing or DNR. 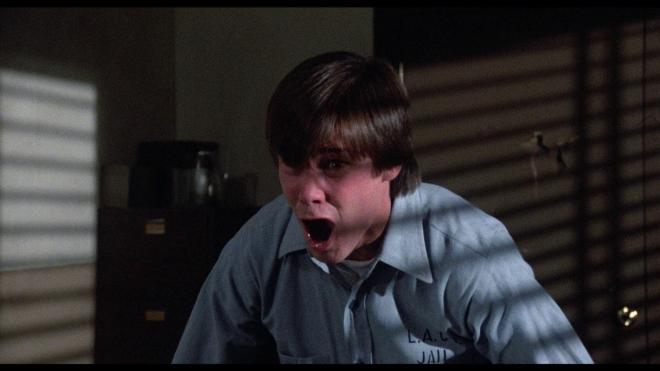 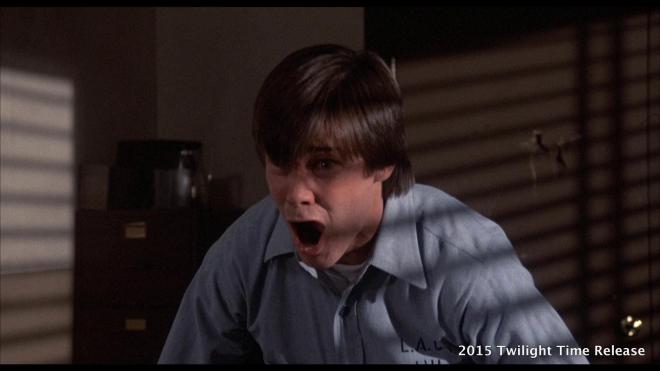 The biggest difference you're likely to see between these releases is the improved color saturation, black levels, and contrast in this new scan. Primaries are bright and bold with reds and blood coming through beautifully without skewing flesh tones into the pink like they were in the 2015 release. Black levels are much stronger here with some nice deep and inky blacks giving the image an extra kick in 3-dimensional depth. Contrast is also a bit better allowing for some nice bright whites without blooming. The OCN is in great shape with only some very slight speckling apparent and no serious damage or scratches to report. The image also appears to be reframed ever so slightly offering a little extra information around the edges - nothing dramatic but noticeable. The improvements between releases may not be drastic, but they're noteworthy. 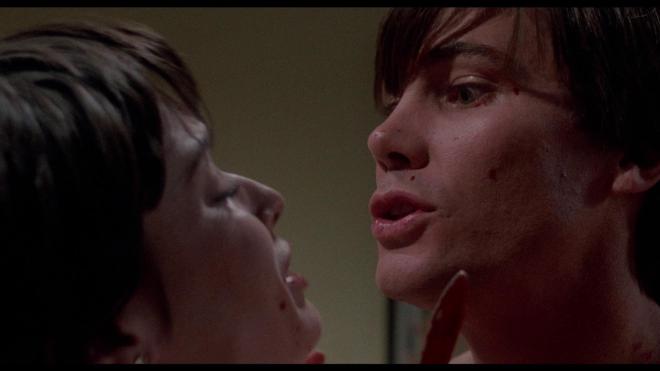 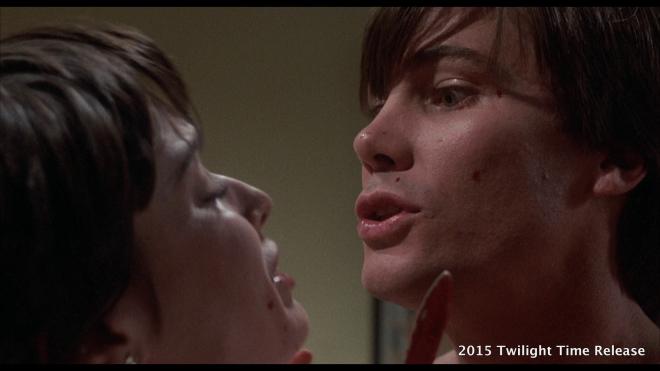 This presentation of 10 to Midnight comes with a new DTS-HD MA 2.0 mono track that to be honest isn't all that different than Twilight Time's 1.0 mono mix - for all intents and purposes its the same track. Dialogue is still crystal clear without any issues. Sound effects have that thick and heavy 80s charm to them and the score by Robert O. Ragland is full of that delightful synth/rock beats of a standard Cannon Group flick with some traditional thriller elements to give it mood. Imaging may be a bit limited but in busy courtrooms, the dormitory attack, and the film's climax there is a notable sense of atmosphere and space. Free of any age-related anomalies or hiss, this is a clean mix that sounds terrific. 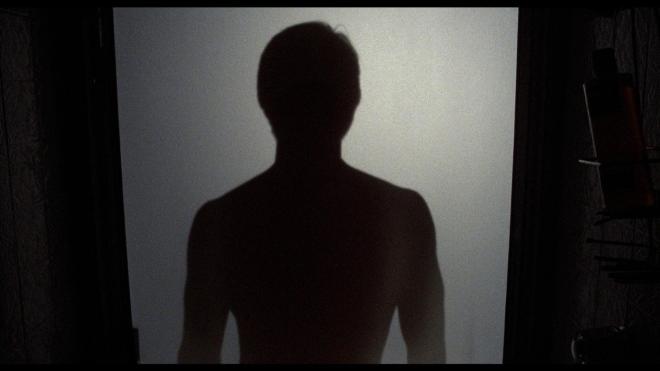 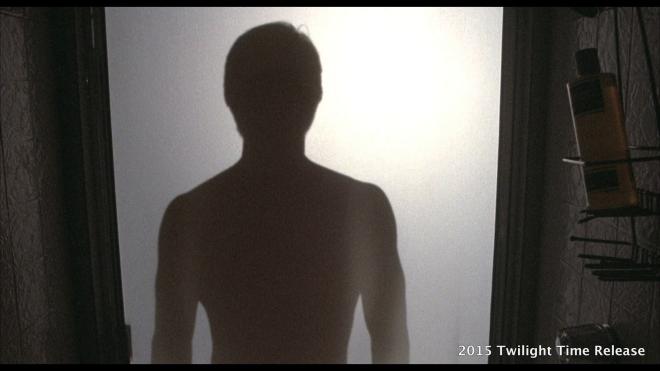 Like the video presentation, I wasn't expecting too much out of this collection of bonus features, but leave it to Scream Factory to give 10 to Midnight a true Collector's Edition release. You get the commentary track from the 2015 Twilight Time release as well as a brand new commentary from writer and historian Paul Talbot that is a great listen. On top of that, there are some terrific brand new cast and crew interviews about the making of the film with some great insight into what it was like to work with Charles Bronson. The only thing missing from the 2015 Twilight Time disc is the isolated music score track. 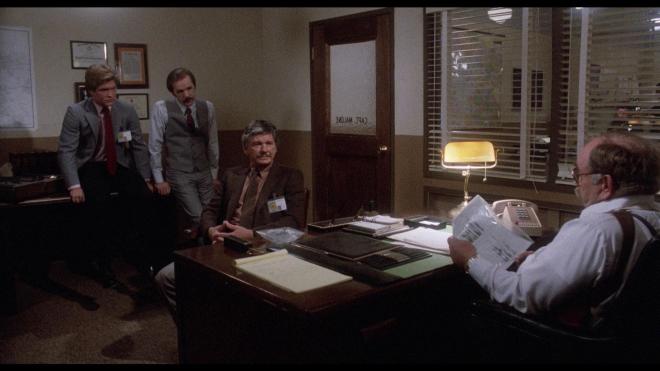 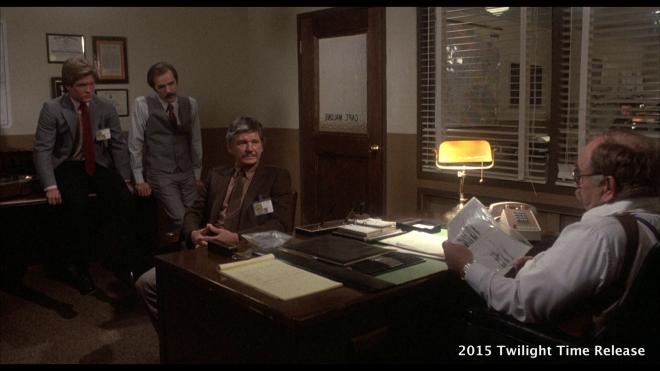 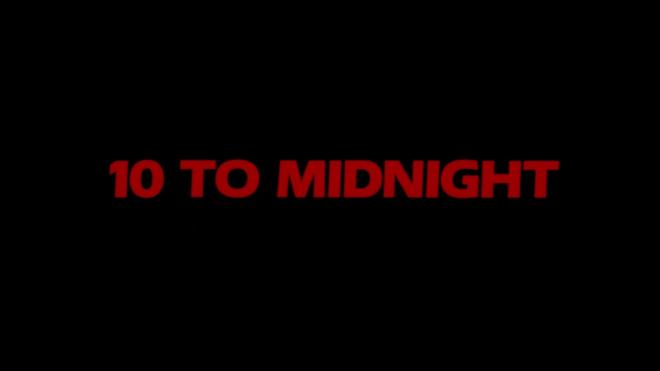 10 to Midnight isn't Bronson's best movie - but it's easily his best movie of his later 80s Cannon Group career. Allowed to actually give a performance instead of being a machine gun-toting one-man-army, Bronson is right at home in this sleazy schlocky 80s-era exploitation thriller. It's a hell of a ride and endlessly entertaining! Scream Factory brings Bronson back with a brand new release of 10 to Midnight that lives up its Collector's Edition status. Sporting a fresh new transfer from a 4K scan, a solid and effective audio mix, and a terrific collection of new and archival bonus features, this Blu-ray is too good for Bronson fans to pass up! Highly Recommended.

Sale Price 20.99
List Price 34.93
Buy Now
3rd Party 20.99
In Stock.
See what people are saying about this story or others
See Comments in Forum
Previous Next
Pre-Orders
Tomorrow's latest releases