The whiskey-drinking and jazz-loving vicar Sidney Chambers (James Norton) returns alongside his friend and veteran cop Inspector Geordie Keating (Robson Green) for a second season of crime solving in the small country parish of Grantchester. Based on the popular Sidney Chambers mystery novels by James Runcie.

"That's the first time I've heard you say a harsh word about anyone!"

When a television series that had a pretty solid or exceptional first season enters its sophomore frame, it's understandable to experience a bit of trepidation. While you're no doubt for your favorite show to return, how that show returns is a big issue. You can have a show like 'Justified' that actually improved incredibly during the second season, and then you have shows like 'Heroes' that fell to pieces and couldn't put itself back together again. BBC and ITV Studios had a decent hit on their hands with 'Grantchester' and thankfully its second season maintains the somewhat playful tone while expanding the more dramatic character-driven elements.

For small hamlet vicar Sidney Chambers (James Norton), life goes on much the same way it has for the last several months. He spends his time busying himself with the needs of his parish, enjoying a good scotch with some jazz records, and when time permits, he picks up a game of backgammon and a pint with his police investigator best friend Geordie Keating (Robson Green). This routine is simple, but it keeps Sidney from thinking too much about his lost love Amanda (Morven Christie) who is now married and the pair rarely ever get to see each other. A little bit of local murder also spices up life as Sidney has an apt and astute mind for detective work and helps Geordie when and where he can. But their latest case is going to hit close to home.

When the disappearance of an underage teenage girl implicates Sidney as her possible lover, Sidney becomes suspect number one of a possible homicide. Geordie doesn't believe the allegations but when the girl's diary surfaces talking about her "favorite priest" in an explicit way, the police have little else to go on. But when the girl turns up dead, the only one capable of solving the mystery is Sidney. And when the killer does turn up claiming it was an accident, the circumstances surrounding the case strain the friendship between Sidney and Geordie. The two friends do what they can in their own ways to mend fences, but when one ardently supports the death penalty in the name of justice and the other desperately fights to save the life of the young man convicted of killing the young girl, the differing ideologies could be too much to maintain the friendship. 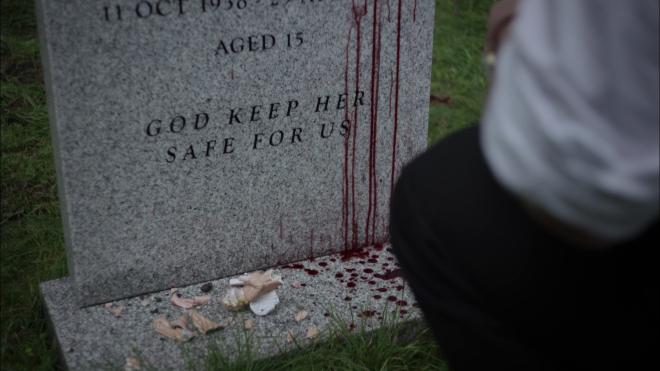 The first season of 'Grantchester' was light and playful, with its fair share of dramatics. These heavier moments usually surrounded Sidney's guilt of having to perform a mercy killing of a fellow soldier during the war. For Geordie, it surrounded the health of his wife and being shot by a suspect. While these moments were dramatic and could darken the mood of the show a bit, there was at least some amount of levity between James Norton's Sidney and Robson Green's Geordie. The pair made amiable odd-couple best friends who solved murders from two very different perspectives. That dynamic returns for Season 2 but is turned on its head a little bit. 'Grantchester' never really had an established villain, so the show wisely turns best friends into enemies of a sort with this season. As is often the case in life, our best friends are the ones we fight with the most because they're the ones closest to us. It's an interesting theme that is explored throughout the entire season as the pair solve murders with a fog of distrust and anger hanging over their heads.

Because the issues facing the friendship of Sidney and Geordie maintain the dramatic heavy lifting, it's the side characters that get to pick up some of the lighter material and run with it. Al Weaver's Leonard Finch struggles to come to terms with his sexuality and accepting himself for who he is. This is certainly dramatic material, but there is a lighthearted earnest in its execution that actually makes you happy for Leonard when he meets Daniel played by Oliver Dimsdale and the pair start going to the movies together. At the same time, the audience is treated to a Tessa Peake-Jones's Mrs. Maguire and her acceptance of affection from Mr. Chapman played by the always great Nick Brimble. There isn't a lot of focus or time given to these two, but when they do share a moment together it's impossible not to smile just a little bit. I'm purposefully being vague about Morven Christie's return as Amanda because it's a big plot thread and I don't want to spoil it any for fans eager to find out how everything turns out.

Taken as a whole, 'Grantchester Season 2' is a darker, more dramatically driven show than the previous season. That isn't to say that there isn't any joy to be had, but the somber tone is readily apparent throughout each episode and I can see that being somewhat of a turnoff for some returning fans. To that effect, all I can really suggest is that fans stick it through to the end as the reward is worth it. I admit to being a bit worried about the serious tone of this season, but the finale episode puts things back on track for the serious yet humorous balance of the previous season. The cast is in great form as they have fully embraced their characters and have become unique individuals. There isn't any dead wood laying about and new additions like Nick Brimble and Oliver Dimsdale who add extra spirit to the side players. With a third season on the horizon, those already onboard the 'Grantchester' train, the ride is worth it and is a showcase of great writing and acting with the promise of more to come.

'Grantchester: The Complete Second Season' arrives on Blu-ray thanks to PBS Masterpiece. All six episodes are pressed onto two Region A BD50 discs. Both discs are housed in a standard two-disc Blu-ray case with identical slipcover artwork. Disc 1 opens with previews for other upcoming ITV and PBS television series before arriving at an animated main menu featuring traditional navigation options. Disc 2 opens directly to the animated main menu.

'Grantchester' returns with an incredibly strong and vivid 1080i 1.78:1 transfer. Colors are bright and vibrant allowing for a pleasing array of primaries to pop off the screen. Daylight scenes tend to favor the brown/yellow earth tones while the darker dramatic moments skew slightly towards blue, but this is for dramatic effect and doesn't impact saturations or flesh tones to any negative effect. This second season maintains an exquisite sense of detail in every frame. The period clothing, fine facial features, and the incredible production design make great use of the digital photography while also working to present a very film-like presentation. Also greatly improved from the previous season are the black levels. They're still rich and inky, but there is more shadow separation this time around removing any serious crush issues. I didn't spot any floating heads this time around. All around the show is beautiful to look at and in its second season and shows ample improvement over the previous season.

Once again, each episode of 'Grantchester' gets a fantastic English language DTS-HD MA 2.0 audio track. Dialogue is kept front and center and is never a struggle to hear. Each track has a very strong sense of dimensionality and space to it allowing the series to maintain a life-like presence to it. The score serves the needs each scene without overpowering the rest of the mix. Busier street scenes are also handled very well and maintain a liveliness to them. The series has a more somber tone to it so the mix plays up the lower notes and tones giving the LFE a little bit of a workout. The series once again exhibits a near-flawless sound design and showcases the work put into the show.

Making of Grantchester: (HD 10:41) Your pretty typical EPK material with the cast and crew talking about returning to the show. Not a lot of depth to this extra feature, but it is interesting to hear how they approached the new material. The dog gets a lot of attention and is pretty damn hilarious. It's brief but thorough.

Back To Grantchester: (HD 2:07) This is a very brief, shortened version of the previous feature. More character focused but not a lot here.

The Trouble With Sidney And Geordie: (HD 2:36) This would have been a better feature if it had been apart of the previous extra feature. Still good material but too brief to be substantive. For such a great show it's a shame there aren't more extras.

It's nice to have a good mystery series like 'Grantchester' on TV. The show has a light tone to it, but it doesn't shy away from the heavy material. All of the best attributes of the first season are back and 'Grantchester: The Complete Second Season' is as good, if not a little better. The cast has fully embraced their characters in all of the best ways. PBS brings this series to Blu-ray with a beautiful A/V presentation. Extras are unfortunately very slim. They're substantive for how short they are, but I wish they'd include more material. If you're new to the show, go back and take a look at Season One. If you're already a fan of 'Grantchester,' 'Grantchester: The Complete Second Season' is highly recommended.

Sale Price 10.99
Buy Now
3rd Party 10.99
In Stock.
See what people are saying about this story or others
See Comments in Forum
Previous Next
Pre-Orders
Tomorrow's latest releases