For six electrifying seasons, no crime series proved more combustible than the Peabody Award-winning Justified. At the explosive center of the action, Western-style, Stetson-wearing, gun-slinging U.S. Marshal Raylan Givens (Timothy Olyphant) confronts murder, drugs, bank heists, mobsters, crime families, corrupt politicians and even his own tumultuous past – and never backs down. His ultimate adversary is the cunning, complex outlaw Boyd Crowder (Walton Goggins), but the real wild card is Ava Crowder (Joelle Carter), the mysterious woman torn between the two men and both sides of the law. From creator Graham Yost and based on legendary author Elmore Leonard's crime novella "Fire in the Hole," it all leads to a perfectly unexpected final showdown.

As with any great show, once the series is finished and the Blu-rays have been released, it's a safe assumption that a full-blown collector's set of all previous seasons is going to be released. Not wanting to break with tradition, Sony Pictures offers up 'Justified: The Complete Series,' a collection of all six previously released seasons as well as a new bonus disc, and some extra stuff to make the set a worthwhile grab - provided you don't already own any of the seasons already.

Seeing as how this show is so good, and my colleagues Aaron Peck and Kevin Yeoman wrote some fantastic reviews already for the previous seasons, I'm deferring the finer details of each season to them and I suggest you read their respective reviews:

Now, with a show like 'Justified' it becomes increasingly easy to judge one season better than another, 'Justified' like every other show has some high points and lows, but taken as a whole, it's an incredible piece of entertainment. Started as a short story by the late great author Elmore Leonard, that little seed would sprout and grow into a mighty oak of a television series. While the show deviated from the short story and the following novels - particularly with who the central villains were and who died when and where - the show 'Justified' managed to stay honest and true to the unique flavor of the author's writings. 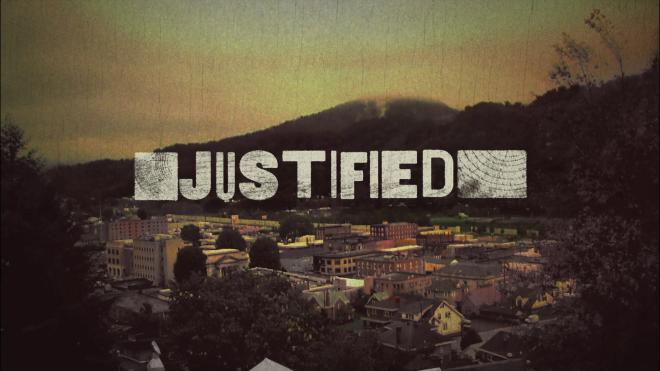 As you get hooked into this series, 'Justified' becomes a show that you not only want to see the characters expand and grow but it is also a show where you can't wait for the tension-filled violence to erupt. Over the course of six seasons, the creative forces lead by Graham Yost continued to find unique and fun ways to introduce colorful characters who not only enriched the show's personality and presence but also doubled-down on the show's penchant for tension and violence. As a series that is in essence, a modern-day western, 'Justified' continued to wow me by coming up with unexpected ways to see our beloved heroes and villains end up in some sort of elaborate Mexican Standoff. All 'Justified' needs are some Ennio Morricone music cues and a little more dust and it would be right at home with numerous other classic westerns.

Perhaps the most endearing thing about 'Justified' is the continually amazing work from lead actors Timothy Olyphant as Raylan, Walton Goggins as Boyd, Joelle Carter as Ava, Erica Tazel as Rachel, Jacob Pitts, as Tim, and the always great Nick Searcy as Raylan's forever frustrated Chief Art Mullen. Along the way we got to know and enjoy the presence of other great actors and actresses including Natalie Zea as Raylan's on-again-off-again love Winona, Patton Oswalt as Constable Sweeney, Jere Burns as the twisted but hilarious Wynn Duffy, Jeremy Davies - who won an Emmy for his work - as Dickie Bennett, David Meunier as Johnny Crowder, Damon Herriman as Dewey Crowe, Raymond Barry as Raylan's father Arlo, Mykelti Williamson as Ellstin Limehouse. Then you have the seasonal villains including the likes of Sam Elliot, M.C. Gainey, Neal McDonough, Margo Martindale in an Emmy-winning performance, Mary Steenburgen, Ron Eldard, and Michael Rapaport. This was an impressive cast playing intricately constructed characters week after week. Together these amazing actors and actresses created one of the best shows to appear on television and while it may be a shame to see the show come to an end, at least we can watch and re-watch their exploits from the comfort of our home any time we want with this impressive Blu-ray collection!. 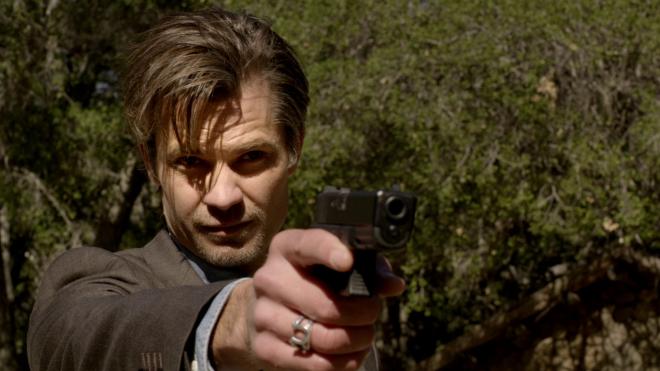 'Justified: The Complete Series' box set arrives on Blu-ray thanks to Sony Pictures. The six-season set comes housed in a stiff case with a hard flap that holds inside a 38-page book that contains all six seasons of episodes on 18 discs as well as an additional bonus disc offering extra features found only on this set. Each page houses a single disc that is easily removable and loose enough so that discs can slide out freely but also tight enough that they won't slide around and get damaged. This set also comes with an Ultraviolet Digital HD voucher for all six seasons. Also included as an extra bonus is a black 'Justified' flask with the series' logo

'Justified' is one of the best -- perhaps a bit underrated -- shows to come along over the past six years. It's just as great from the first season all the way to the last. Now with 'Justified: The Complete Series' we can enjoy every episode in glorious HD with crackling audio tracks to match. While the discs for each respective season are the same ones that were provided in the individual season sets, this collection offers a bonus disc of solid extra features and a collectible flask to make it worth your while. If you already own the individual seasons, it's not enough to spring for this collection alone, however if you don't already own this set, this is the best way to get the collection all in one spot. This set is for the fans, but if you're a newcomer, or a fan who hasn't purchased any of the previous seasons on Blu-ray, you should consider it highly recommended.

Sale Price 132.51
List Price 215.99
Buy Now
3rd Party 83.04
In Stock.
See what people are saying about this story or others
See Comments in Forum
Previous Next
Pre-Orders
Tomorrow's latest releases