Colonel James Braddock is back in Vietnam, this time fighting his own personal war, as he goes in to rescue the son he's never met from a ruthless Vietnamese general--a vicious man who will stop at nothing to see Braddock dead. At the heart of this adventure is the sad plight of Amerasian children--the orphans of Vietnam born of native mothers and American G.I's--and it is Braddock's decision to come to their aid that lends a noble, humanitarian view. The saga continues with a stirring and uplifting new chapter.

As is often the case with many movies, which is usually more true of bad low-budget features than successful ones, the background and events behind 'Braddock: Missing in Action III' is more interesting and fascinating that the film itself. And I don't mean to imply there was any controversy surrounding the production worth mentioning. Outside of Chuck Norris, who reprises his role as the gung-ho one-man army Col. James Braddock, having creative differences with director Joseph Zito ('The Prowler,' 'Friday the 13th: The Final Chapter'), director of the first entry in the franchise, the production doesn't really come with much drama to report. Then, there's also the fact that this installment plays better as a standalone actioner since the plot neither follows the same character arc nor really takes place after the events of the previous two movies. What's more fascinating to me about this loosely connected installment is the time period in which it was released, the sudden cultural shift in the late 80s that essentially made it a failure and contributed to its badness.

The word "badness" in this context is actually a compliment because 'Braddock' has earned a soft spot in my book thanks to some fond early-teen memories of watching it several times on VHS. However, in spite of its nostalgic appreciation — it's nowhere near as good as the first movie, but definitely an improvement over part two — I can also admit it's pretty bad and sometimes unintentionally hilarious. Especially at its most bombastically, over-the-top. At the time of its release, moviegoers were starting to tire of war movies set in Vietnam, whether displaying some deep-seated resentment of losing such as this picture and 'Rambo III' or openly confronting U.S. involvement with a harsh critical eye, as in the case of 'Full Metal Jacket.' All three films didn't make much of an impression at the box office, and in the case of Stanley Kubrick's now beloved classic, this is in spite of being greeted with critical acclaim and several award nominations worldwide. 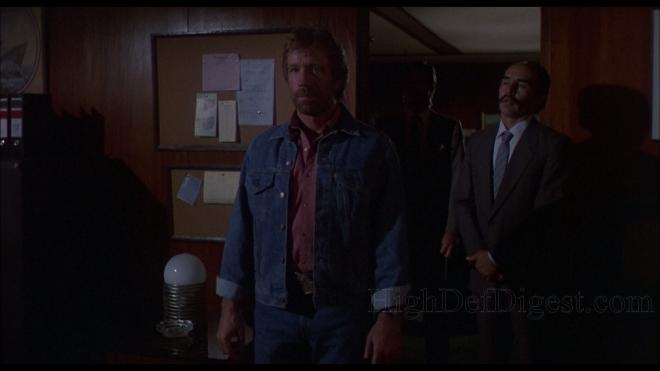 The late 80s was populated by audiences wanting something different and refreshing from endless portrayals of warfare and senseless violence, something that in essence contradicted the first half of the decade occupied — and preoccupied with — muscular displays of masculinity. ('Predator' and 'RoboCop' fit neatly in the space between standard war tropes and something refreshing by throwing sci-fi elements into the mix.) Basically, this was perfect time for the everyday, average-guy hero confronting a different kind of villain, one obsessed with material possession and excessive consumerism. This was the era of movies like 'Lethal Weapon' and 'Die Hard.' Moviegoers were in the mood for the fallible, unlikely antihero, a character who reluctantly, while also sarcastically, challenged with tough obstacles that put him in realistically dangerous situations too difficult overcome. When seen from this cultural perspective, it's no surprise the movie turned out as it did because the filmmakers were clearly still living in the first half of the decade.

Proving the point, 'Braddock: Missing in Action III' immediately opens with an immense sense of unabashed patriotism, mostly coming from a hilariously twangy country song by Ron Bloom singing the praises of freedom while scenes of complete chaos in Saigon are shown on screen. The whole sequence is ripe for Matt Stone and Trey Parker to satirize, and at times, I found myself imagining the voice of Parker doing a far better job. But back to the movie, the script, written by Norris and James Bruner, does make the effort of portraying its hero as imperfect, flawed and emotional by way of having Braddock learn he inadvertently left behind his wife and unborn son during the 1975 evacuation of Saigon. However, there is never a single doubt Braddock will not succeed in his personal mission to save his wife and now 12-year-old son, no matter the forcibly perceived danger. Directed by Norris's younger brother and Vietnam veteran, Aaron, the movie never builds any excitement or towards a satisfying conclusion largely because it plays it safe with overplayed tropes, but it still manages to be entertaining for its silly machismo.

Shout! Factory brings 'Braddock: Missing in Action III' to Blu-ray. The Region A locked, BD25 disc is housed inside the normal blue case with reversible cover art. At startup, viewers are immediately taken to a static menu of the cover art with music playing in the background.

Braddock does one final mission with a strong and generally pleasing 1080p/AVC MPEG-4 encode, showing that the elements used have aged very well. The 1.85:1 image is sharp and detailed for the most part, revealing some fine texture in the clothing, building and surrounding foliage, but there is a good amount of softness as well while white specks and bits of dirt make sporadic appearances here and there. Primaries look good and cleanly rendered, but the overall palette is a tad lackluster and somewhat on the average side of things, occasionally making flesh tones seem pale and lifeless. Overall contrast levels are nicely balanced though not particularly noteworthy, but still pretty much what would be expected from an 80s action flick of this caliber. Blacks are also strong and fairly accurate, except there are a few moments when the picture appears faded and the darkest portions of the screen tend to obscure shadow details. Nevertheless, fans will be pleased with the results.

On the audio side of things, the movie arrives with an awesome and enjoyable DTS-HD Master Audio stereo soundtrack. The lossless mix lends itself very nicely to the receiver's DSU function, spreading a good amount of atmospherics to the rears and in the front height channels, satisfyingly expanding the soundfield with several great enveloping moments. Action sequences are surprisingly not as engaging, but they still offer lots of room-filling activity. More impressive are the quieter scenes with the sounds of wildlife discretely heard all around. Still, the high-def track remains a front-heavy mix with great channel separation and balance. Although the mid-range isn't quite as dynamic as would be preferred, the music and action display good clarity and definition. Dialogue reproduction is excellent though there are times when voices appear flat and a tad detached from the speaker. The weakest aspect is definitely the low-end, which is notably lackluster and sadly mediocre, failing to really ever given gunshots, explosions and music any depth.

This is bare-bones release

The final installment in the 'Missing in Action' series doesn't end on a weak note, but neither does it deliver a satisfying conclusion, particularly since it doesn't follow the events or storyline of the previous two movies. Nevertheless, the movie makes for a fascinating watch as the product of its time, arriving at the tailend of a particular movie trend that essentially marked its demise. The Blu-ray arrives with a strong picture quality but slightly better audio presentation. The barebones release not tempt many, but fans of the franchise will be satisfied with their purchase.

Sale Price 79.96
Buy Now
3rd Party 79.96
In Stock.
See what people are saying about this story or others
See Comments in Forum
Previous Next
Pre-Orders
Tomorrow's latest releases