Picking up immediately after the events of the first film, this riveting sequel follows Riley (Matt Mercer, Contracted), now infected and running out of time, as he attempts to find out more about the virus and its mysterious host. As he digs deeper into its origins, Riley attracts the attention of a detective (Marianna Palka, Good Dick) who doubts his innocence, and BJ (Morgan Peter Brown, Absentia), who holds the key to the virus – and perhaps the destruction of mankind as we know it – leading to a blood-soaked finale you have to see to believe. Hang on to your barf bags, buckle up, and get ready for the genre ride of the year!

When a particular sub-genre of movie making becomes overly popular, it becomes necessary for filmmakers to come up with something new in order for their work to feel fresh and interesting. This is especially true with Zombies. While the lumbering undead have been digested and regurgitated on movie screens for the last few decades, the horror sub-genre has gone from being legit horror as in 'Night of the Living Dead' to horror/comedy with 'Return of the Living Dead' to the family melodrama with 2015's 'Maggie.' With 2013's 'Contracted,' the allegory for sexually transmitted disease was introduced. While that film was mediocre, it had potential. 'Contracted: Phase 2' should have been a continuation that moved the series forward but instead this film decides to rehash everything we've already seen and fails to go anywhere interesting with the material.

After Samantha (Najarra Townsend) was killed while attacking her mother, her boyfriend Riley (Matt Mercer) is left to pick up the pieces of his shattered life. The only problem is, he slept with Samantha and has a nagging feeling that he's contracted whatever she had and caused her body to rot and fry her brain. He even goes so far as to request a full-spectrum STD test from his friend James (Peter Cilella). Thankfully that test didn't reveal anything, but then again, James didn't know what he was looking for.

As Riley starts to show symptoms of what killed Samantha, he does everything he can to figure out what is attacking his body without drawing too much attention to himself. Not helping matters is the arrival of Harper (Anna Lore). While he has strong feelings for the young woman, Riley knows deep down that he can't do anything with her… or at least, he shouldn't. This is especially true when a detective by the name of Young (Marianna Palka) starts digging into Riley's actions and his relationship with Samantha. When Riley's symptoms don't abate and Young starts closing in, it becomes a race against time for Riley to find a cure for himself, as well as anyone else who may be infected! 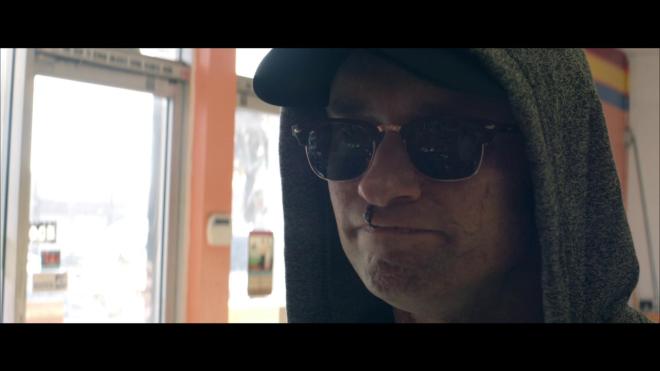 Taking a page from 'Halloween II,' 'Contracted: Phase 2' picks up virtually immediately after 'Contracted' left off giving you the feeling that it is only building up momentum and that the real terror that was teased in the first film was finally going to be unleashed. After a quick and gooey start, 'Contracted: Phase 2' unfortunately decides to tap the breaks and slow things down. Not just a little bit, as if to set up new characters and expand the scenario in order to build up the tension, but instead it's as if director Josh Forbes and writer Craig Walendziak decided to restart the first film entirely. Because we know what already happened to Samantha, there really isn't anything new happening to Riley for us to care about what is happening. There is a lot more gore and plenty of shots of maggoty flesh falling off and some thick globs of puss, but that's about all this movie brings to the table. I appreciate that this film tries to work in the through line of sexually transmitted disease into the Zombie genre, sadly the theme never generates much steam within the film.

The cast made up of Matt Mercer as Riley, Anna Lore as the new love interest Harper, Perter Cilella as James, and Morgan Peter Brown as BJ do what they can with the material, but because there's just nowhere for this show to go. So much of the film is stalled by rehashing material we've already seen - including a number of flashbacks from the first film - that the film never really gets going. To this end, all we're left to play with as an audience is the sticky stuff. If you like your gore oozy and goopy with plenty of thickener in the mix, then you should enjoy 'Contracted: Phase 2.' If you're looking for something more after the first film, you may end up feeling left out in the cold. I was really hoping to like this movie and have something more to say about it, but unfortunately there just isn't anything to report beyond "if you've seen the first film, you've basically already seen the second."

'Contracted: Phase 2' arrives with a decent 2.35:1 1080p transfer. Shot digitally, this transfer has a very strong video feel to it with a prevailing softness to a lot of the image. While fine details are apparent in close-ups and some middle shots, there is a notable amount of background drop off in a number of scenes. Colors are muted, almost greenish looking at times. This color pallet works for what this film is and the gooey grouse-out effects, but primaries are stilted and rarely pop off the screen. Black levels are strong and have a rich presence throughout giving the image a nice sense of depth, but much of this effect is kept in check by the softness of the image. It's not quite flat, but it's not as deep as an average release may look. This is largely a case of filmmaker intent on display and not so much of a shortcoming of the transfer.

'Contracted: Phase 2' comes backed with a strong and resonant DTS-HD MA 5.1 audio track. Dialogue is crystal clear throughout keeping to the front/center channels unless intended to dominate a side channel for an effect. While the dialogue, background effects, and the score by Jonathan Snipes occupies their respective space and have a strong presence throughout the mix, it's the gore effects that are the real showcase here. Every ishy squishy grotesque goopy sound effect has an extra auditory kick that nicely plays with the mix's upper and lower registers. While the effects look grotesque on screen, it's the sound effects that make you want to lose your lunch. To that end, levels are spot on as the track rarely gets too wild with any spikes to contend with.

'Contracted: Phase 2' is one of those sequels that seemed to feel content to rehash a lot of the material of the first film. As a result, it fails to break new ground. If you're a gore hound looking for some squishy effects, this film should still satisfy your needs. IFC Midnight and Scream Factory have brought 'Contracted: Phase 2' to Blu-ray with a solid A/V presentation. The only extras are a set of trailers. While I didn't completely enjoy the film, it's a solid rental and fans of the series should be very happy.

Sale Price 27.02
List Price 29.99
Buy Now
3rd Party 25.26
In Stock.
See what people are saying about this story or others
See Comments in Forum
Previous Next
Pre-Orders
Tomorrow's latest releases