A Month in the Country

A Month in the Country is the tale of a pair of emotionally wounded World War I veterans who find some respite in the beautiful Yorkshire countryside and in their supportive friendship. As they work, respectively, on the restoration of an ancient church mural and the possible unearthing of an archaeological treasure, they also encounter the local vicar’s young wife; between them, this trio reflects the many faces of love and longing.

Traumatic experiences can scar or damage individuals in ways the outside world can't see and can have a difficult time understanding. An experience can be unique to the individual, where one may come away from an incident unfazed, while another could be left a broken shell of their former selves and may well spend the rest of their lives putting the pieces back together. 'A Month In The Country' from director Pat O'Connor and starring Colin Firth and Kenneth Branagh is a story about two men whose experiences during the first world war left them broken and how they set about putting themselves back together again.

Tom Birkin (Colin Firth) is a veteran. He fought on the fields in France and the experience has devastated him. Not only does he have a difficult time looking people in the eye, he has also developed a nervous tick that interrupts his speech causing him to stutter. Where he was once confident and able, he is now meek and shy and prefers to live a solitary life. Because of his nature, he's well suited to manage time consuming and intricately detailed projects - like restoring a 16th-century mural to its former glory. The mural was painted on the ceiling of a church in Yorkshire and was covered over ages ago by more conservative elements within the diocese who felt that the images of Christ and the angels distracted parishioners from their praying. In fact, this viewpoint is held strongly by the Reverend Keach (Patrick Malahide). Keach notably doesn't care for Tom's presence and thinks his work is a waste of time and church funds.

Thankfully for Tom, aonther veteran by the name of James Moon (Kenneth Branagh) is staying on the church grounds. James is on an archeological dig searching for the remains of one of the church's original benefactors who fought in the crusades. While locating this person's remains is his primary task, James is much more interested in the vast collection of funeral urns he's uncovering. Both Tom and James have a seemingly meaningless task before them, but to these men it's their entire world. As Tom scrapes away at the paint and reveals more of the mural he begins to find more of himself, and with every hole James digs, he finds a piece of his soul that was lost in some far off trench years ago.

Some of the locals are supportive of Tom's efforts. A man called Ellerbeck (Jim Carter) who works as a stationmaster frequently invites Tom to church to hear him preach and his children routinely drop by with cakes and a record player so Tom can listen to some music while he works. While he appreciates the sentiment, it isn't what Tom needs. Little is he aware that Reverend Keach's wife Alice (Natasha Richardson) has a particularly keen interest in his work. Tom tends to brush off her visits as simple distractions, but as her visits become more frequent, he begins to wonder if there is more to her continuing presence while he works than simple curiosity. 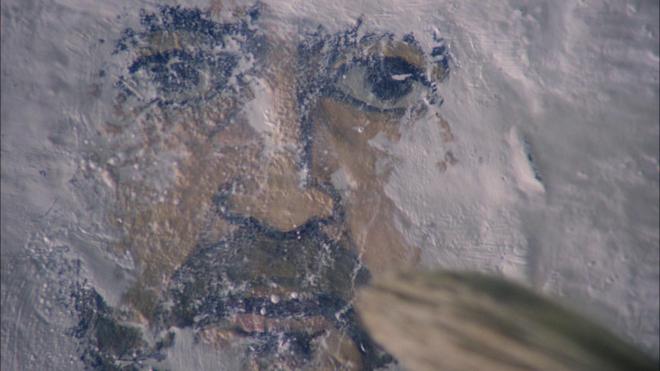 'A Month In The Country' is a very deliberately paced drama. Much like the restoration work Tom is doing on the church's ceiling, the film takes its time to let moments, actions, and small conversations resonate and have a deeper meaning. Written by Simon Gray from the novel by J.L. Carr, 'A Month In The Country' is a movie about redemption and how it's a personal journey for an individual. It is an experience that can only be earned, it can't be given to someone. As Tom and James scrape and dig their way back to some semblance of normalcy, it's on their own terms. The well-meaning people of the village offer their care and support, but they can't do the work for these men. It's a clear sign that life is unfair in that way, but the rewards are worth the effort.

As a quiet languid sort of film, it can feel like 'A Month In The Country' doesn't go anywhere very quickly, but that's largely due to the purposeful scripting as well as the assured direction from Pat O'Connor. It's a film that needs to take its time if it is going to have any sort of relevancy. Tom can't take an electric sander to the paint the same way James can't use a heavy duty excavator to search for more urns or the remains of the patroness' ancestor. I particularly enjoy how the film takes its time to set up Tom and Alice's relationship. She isn't the first person he meets when he comes to town, in fact, she's one of the last people he gets to know. He's heard of her but only meets her well into the process of his work. She doesn't instantly fall in love with him, nor do they have some sort of "Scarlet Letter" affair right out of the gate. Their interactions are small and grow longer over time. I also appreciate how the filmmakers didn't work Alice to be some sort of preening beauty who Tom "saves." That's a trope that gets very tiresome. Their attraction towards each other doesn't feel sexually motivated and it makes their few moments together all the sweeter and more in line with genuine affection rather than a "burning of the loins."

It's hard to believe that this film is nearly thirty years old, but it is. It's impressive to see Colin Firth at such a young age exude the same level of confidence he commands as a performer today. It doesn't take one long to see the parallels from his performance here to the one that earned him an Academy Award for Best Actor in 'The King's Speech.' Also, fun to see is a young Kenneth Branagh in his first film appearance - which is equally impressive when you consider the man would go on to star and direct 'Henry V' just two years later.

'A Month In The Country' was a wonderful drama to see unfold. The young actors featured show early glimpses of the talent they were about to unleash onto the world. I will say after recently reviewing 'The Water Diviner,' I am kind of beat from these emotionally gut-wrenching post-World War I dramas. Watching people cope with trauma can be a draining experience, but I appreciate that 'A Month In The Country' takes the stance that its central characters have a sense of hope that their lives will get better.

'A Month In The Country' arrives on Blu-ray from Twilight Time pressed on a BD50 disc and limited to a run of 3000 units. Housed in a standard clear case with a booklet featuring an essay by Julie Kirgo, the disc opens directly to the main menu.

"Softly beautiful" is probably the best way to describe the fantastic 1.85:1 1080p transfer for this Blu-ray release. The print is in immaculate shape, only once or twice did I notice anything resembling speckling or any kind of print damage. Black levels are outstanding offering a wonderful sense of balance and depth to the image. Colors can appear a bit muted at times, but that appears to be by intent as much of the film maintains a sort of dream-like haziness. While soft looking, colors do have plenty of pop and flesh tones appear accurate. Detail is this transfer's winning asset. Even through the haziness, finer details are never lost and look fantastic as the film's natural grain structure appears intact. From facial features and clothing to the lush English countryside setting, to the intricate details of Tom's restoration project, everything comes through with outstanding clarity.

With a strong English DTS-HD MA 1.0 audio track, 'A Month In The Country' earns some strong auditory marks. While perhaps not the most impressive audio track ever mixed, it is at the very least faithful and accurate to the film. This is a very quiet movie much of the time as silence is allowed to exist for long spans where there are few sound effects and even less dialogue. However, that doesn't keep the track from being very powerful and effective. From the belfry bell ringing to the crisp and clean dialogue to the beautiful score from Howard Blake, this is a fine mix that proves to be the perfect complement to the film.

Audio Commentary: Film historians Julie Kirgo and Nick Redman discuss the particulars of the film, the casting, the book it's based on, and the production. The most interesting bits are about how one man is responsible for this film's survival as most prints and the negative had gone missing. A fine, well detailed and researched commentary.

Trailer: (HD 2:05) A nice simple preview that sets up the movie well enough.

'A Month In The Country' is one of those quiet wonderful dramas that is dramatic without being too depressingly heavy or overly sappy. It's a film that has a wonderful sense of hope. It's also amazing to see actors like Colin Firth, Kenneth Branagh, and Natasha Richardson before their careers really took off. Twilight Time has done a solid job putting this disc together offering a fantastic image transfer, a strong audio mix and a couple good extras. Now because this movie has lived in relative obscurity for about 25 years, few have seen it beyond a rather crappy DVD. This Blu-ray disc is a massive improvement of that muddy thing that is probably now best used as a drink coaster. I'm calling this Blu-ray Recommended as most people haven't seen it, but fans of the film should be very pleased.