A disgraced pro baseball player goes to work for a mob-connected loan shark, rising through the ranks of money and power. But when his love interest disappears, he finds himself in a deadly battle of wits against his bloodthirsty mentor.

Characters with a moral grey area usually make for some pretty strong cinema - after all, you don't want a to watch a wet blanket for 90-120 minutes. When you have a character who was once a star baseball pitcher that got injured and was busted down to second string and was forced to throw games for the mob in order to get by, you've got the makings of some fancy storytelling. When said player gets a little too close to the mobster's girlfriend, that's fantastic because now there's a sense of danger for our lead character and we the audience have a reason to keep watching. Unfortunately 'For The Emperor' takes these strong story elements and ultimately fails to go anywhere meaningful with the material.

Lee Hwan (Min-Ki Lee) was a rising star in the Korean Baseball leagues. He was scouted left and right by all the big teams and was offered massive contract after massive contract. Unfortunately a shoulder injury killed all of that in one single pitch. Dumped down in the second string leagues, Hwan ekes out a meager living that leaves him desperate to make ends meet. When some gambling sharks offer to put him back in the big times if he throws the games they tell them to, Hwan can't refuse the offer for more cash and a chance to stand in the spotlight once again. All of that is thrown out the window when the police raid the underground establishment.

Since Hwan was able to ditch the cash he had on him when the raid started, the cops don't really have a case against him. All they can possibly pin on him is that he was partaking in some underground poker game - a light crime, but a gambler is a gambler and Hwan's reputation is tarnished. Thrown out of the leagues for good, Hwan is without an income or any respectable prospects, something a sleek and sleazy loan shark called Jung Sang-ha (Sung Woong Park) aims to exploit.

Now working as a low-rung enforcer/personal driver and somewhat famous face that helps Jung look respectable in the spotlight, Hwan gets a meager second chance at living a decent life. It may not be playing baseball as the star pitcher - but it's at least something. Unfortunately for him, his boss has a particularly attractive girl friend named Cha Yeon Soo (Tae-im Lee). It isn't long before Hwan - against his better judgement - starts to see the girl behind his bosses back. When you bite the hand that feeds you, retribution can be swift and brutal - as Hwan is precariously close to finding out. Hwan is going to have to rely on his fading better judgement and his skills as a fighter if he hopes to survive.

When you set out to tell a story, whether you're writing a novel, short story, or a screenplay you have to ask "Who?," "What?," "Where?," "When?," and most importantly "Why?" These basic questions work to not only help you tell the story you want to tell in a convincing way that entertains an audience, but they also work to help round out your characters and establish a motivation. Unfortunately 'For The Emperor' only establishes the "Who?" and the "What?," the "Where?," "When?" and especially the "Why?" remain a complete mystery. Where is this story happening? When is the event I am witnessing in any given scene happening? Most importantly why are the things I'm seeing these character do happening? 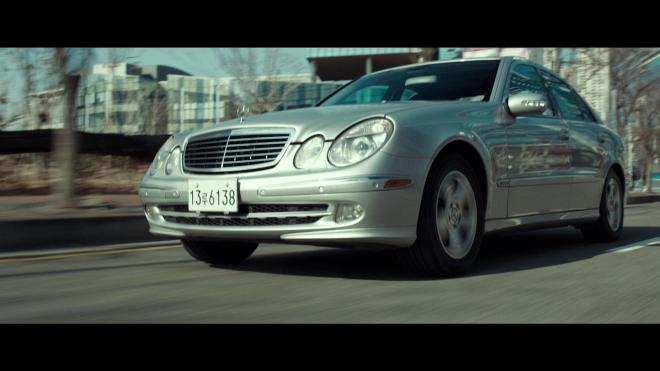 You may be asking yourself how I was able to pull together such a succinct synapsis if so many important questions weren't adequately answered. To be honest, I had to rewind the movie multiple times and even then more often than not I had to guess until a later scene bore out my suspicions. The biggest issue with this film is the editing. The film is cut in such a way that it leaves you wondering where and when a lot of the action you see on screen is happening. Cutting really is all over the map - especially during the film's fight sequences that have a curious need to be shot in the dark or dimly lit areas. If things aren't dimly lit, then the camera is so close it becomes difficult to tell who is throwing a punch because the editing doesn't establish the characters in the fight very cleanly.

'For the Emperor' has a lot of "Why?" moments happening throughout its swift runtime as well. The biggest example of this confusing nature happens in the opening fight sequence. This scene obviously takes place towards the middle/end of the story as a number of Jung Sang-ha's goons are presumably out to kill Hwan and some other mystery guys. As the lights go out and the guys are left to fight each other by flashlight, Hwan all of a sudden has a rather graphic flashback of himself having rough sex with Cha Yeon Soo. If you've seen Steven Spielberg's 'Munich' you no doubt remember the third act sex scene where Eric Bana flashes back to the Munich Olympics massacre in graphic detail while making love to his wife. It's the same sort of out of place sequence in 'For The Emperor.' It's an odd scene to say the least and there are a couple more sexual scenes that run a bit too long and are confusingly edited. "Why am I seeing this?" and "Why is this happening?" were questions I frequently asked myself during this movie. Now I don't mind having to think about a movie to "get it," but when one has to rewind and guess what is happening to draw connections from one shot to the next, the movie has some serious story structure issues.

All that said, 'For the Emperor' isn't a complete wash out. Performances are generally very strong across the board and Min-Ki Lee brings a real weight to his role as the troubled Hwan. I just wish there was a better sense of purpose to this feature. The fight sequences can be brutal and visceral - so that offers up a lot of entertainment value on that score alone. However, I issue another warning, since a number of these sequences are shot in near-total darkness, it can be darn hard to tell what the heck is going on. Part of me wants to believe that this was a misguided cinematic styling choice, but another part of me worries it was an attempt to hide an actor's lack of martial arts prowess. I don't consider my viewing experience of 'For The Emperor' to be a complete waste considering that while I was confused, I was at least entertained. There is a good movie hiding in this thing somewhere; perhaps with a cleaner editing job it might emerge. If you're a genre fan I'd say it's worth a watch once, but if you're not up on the Korean cinema scene or martial arts flicks in general, you may want to pass on this one.

'For The Emperor' arrives on Blu-ray thanks to Well Go USA and is pressed on a Region A locked BD25 disc. Housed in a standard case, the disc opens to a number of trailers for other Well Go USA releases before arriving to the main menu. As with most Well Go USA titles, if you start one extra feature, it will continue to the next feature automatically.

While 'For The Emperor' may have been a bit of a confusing movie, it has one heck of a solid 1080p 2.40:1 transfer. This is a very colorful movie filled with bright and vibrant primaries but neon greens, pinks, and blues have a lot of play as much of the film involves the Korean night life scene. Black levels are impressively inky giving rise to some strong shadow separation and depth levels. As many of the characters are wearing dark clothing throughout the film, I never once noticed they'd become floating heads. Detail is strong and vibrant much of the time. Daylight scenes look the best over all, however, when some color grading is employed - blue and yellow for example - the image can get a tad smeary and soft-looking losing a lot of the detail and depth. Aside from that slim complaint, this is a near flawless picture.

I've got to tip my hat to Well Go USA for once again producing a high quality audio track. This Korean DTS-HD MA 5.1 track is pretty darn fantastic. The imaging is the real star here as throughout the vast majority of the film's run time the surround channels maintain their presence. During fight sequences things really pick up and with the mix being so robust, you get to enjoy individual sound effects zipping past your years. Dialogue is crisp and clean, and with a well-timed and seemingly accurate English subtitle track, easy to understand and is never lost in the music or the action sound effects. Quieter moments are also well maintained and have enough of a presence to them that atmospherics have a lot of play making this track feel alive.

Trailer: (HD 1:10) It's a basic trailer that without much information, makes the film seem more dramatic than it is.

'For The Emperor' is just one of those movies that is tough to recommend outright, but at the same time I can't quite condemn it either. As I stated previously, I was at least somewhat entertained by it, even though I had a somewhat hard time getting a handle on what the heck was happening during a few important scenes. The stunning A/V presentation on this disc from Well Go USA is the real star of the show, so fans of the flick should be more than happy on that front. Sadly there aren't any meaningful extra features to speak of, which is a bit of a rarity for a Well Go release. That said, I'm calling this one as being worth a rent. It's not going to appeal to everyone and only die hard fans should consider a purchase.

Sale Price 29.99
Buy Now
3rd Party 18.49
In Stock.
See what people are saying about this story or others
See Comments in Forum
Previous Next
Pre-Orders
Tomorrow's latest releases